Greetings to our dear backers. We have produced a complete technical guide on BLE. It provides more than 40 pages of PowerPoint-like presentation to broaden your knowledge about BLE functionality, architecture, techniques, tips, and insights. The knowledge it contains will help expand your understanding of what you can accomplish with Bluetera II.

Logistical complications due to the Coronavirus pandemic have negatively impacted our ability to produce regular campaign updates. In consultation with Crowd Supply, we have decided to extend the Bluetera II campaign by two weeks. Our new end date will be Tuesday, April 21st.

It may come as a surprise to you that most operating systems put limitations on BLE usage, either by limiting the maximum data rate (Mac OS) or by preventing user code from connecting to or disconnecting from a device (Windows). In addition, these operating systems rarely provide access to lower-level functions. To circumvent these and other limitation, we’ve created our own cross-platform BLE stack, which leverages the standard’s Host Controller Interface (HCI) to take full control of embedded BLE hardware.

We had hoped to release the sourcecode for our driver by now, but the Covid-19 pandemic has slowed our progress a bit. We will release it as soon as we are able.

The following is an introduction to Bluetooth Low Energy (BLE) written to complement our much longer technical guide. It discusses how Bluetera II takes advantage of the BLE support provided by Nordic’s latest and greatest microcontrollers.

While the name is sometimes applied to devices that you stick in your ear to enjoy hands-free cellphone conversations, Bluetooth is in fact a wireless communication protocol. And, as many of you know, its utility extends far beyond the ream of smartphone audio.

You will find conventional Bluetooth technology in many older smartphones and headsets, where it is used to transfer data – such as digital music or the aforementioned phone call – on a continuous basis. That technology maintains a connection even when it is not actively in use. Older Bluetooth hardware used quite a lot of power. In the example above, it would drain batteries on both the phone and the headset.

Bluetooth technology operates in the 2.4 GHz band, from 2.4 to 2.4835 GHz, and provides 79 discrete channels over the relatively short range of about 10 meters. It was intended for uninterrupted communication between your pocket and a headset, for example, or between a mouse and a laptop.

That much bandwidth allows many, many devices in close proximity to run simultaneously without conflict. Even in a large conference with hundreds of attendees, you will seldom find 79 people within 10 meters of one another, so everyone gets a clean channel.

It is a wonderful system, but it is not suitable for all applications, because many devices do not require continuous information. It would be very annoying if your music was delivered in non-continuous data packets, as it would constantly stop and start. For a heart monitor, on the other hand, short burst transmissions that last only a few milliseconds (ms) are perfectly acceptable.

Bluetooth Low Energy, or BLE, was first marketed in 2011 under an ordinary version number: Bluetooth 4. Its big advantages were how little power it required to transfer information and its increased range (up to 100 meters). Prior to version 4.0, we had much slower transfer rates, and used long-duration transmission, which was hard on batteries.

Smartphones consumed a lot of energy in 2010, and battery-lives were quite short, often less than a full work day. All smartphones have multiple transmitters and receivers, so they require a lot of power to keep their many radios operating.

Engineers worked to address this problem by giving us considerably longer battery lives and by reconfiguring how radios sent and received data. Those radios began to spend much more time in a standby state, which is what drove the invention of BLE—the need to conserve power. Unlike previous versions, BLE transmitted data at 1 Mbit per second, 8 times faster than before, and sent data packets in 10 ms instead of 100+ ms. It was a pretty remarkable improvement.

Bluetooth 5.0 provides four times the transmission distance of Bluetooth 4.0, extending its range from 100 meters to 400 meters in exchange for a lower overall speed. In some special cases, Bluetooth 5.0 can even stretch up to one kilometer, which is well beyond the bounds of a typical home or business. Alternatively, it can double the speed of BLE 4.0, reaching up to 2 Mbits/sec, at the cost of range. That kind of versatility is extremely useful.

The power savings are spectacular, as well. When transmitting, BLE 5.0 uses only 15 milliamps. In standby mode, it uses less than 1 microamp, or a millionth of an amp. Batteries last and last… 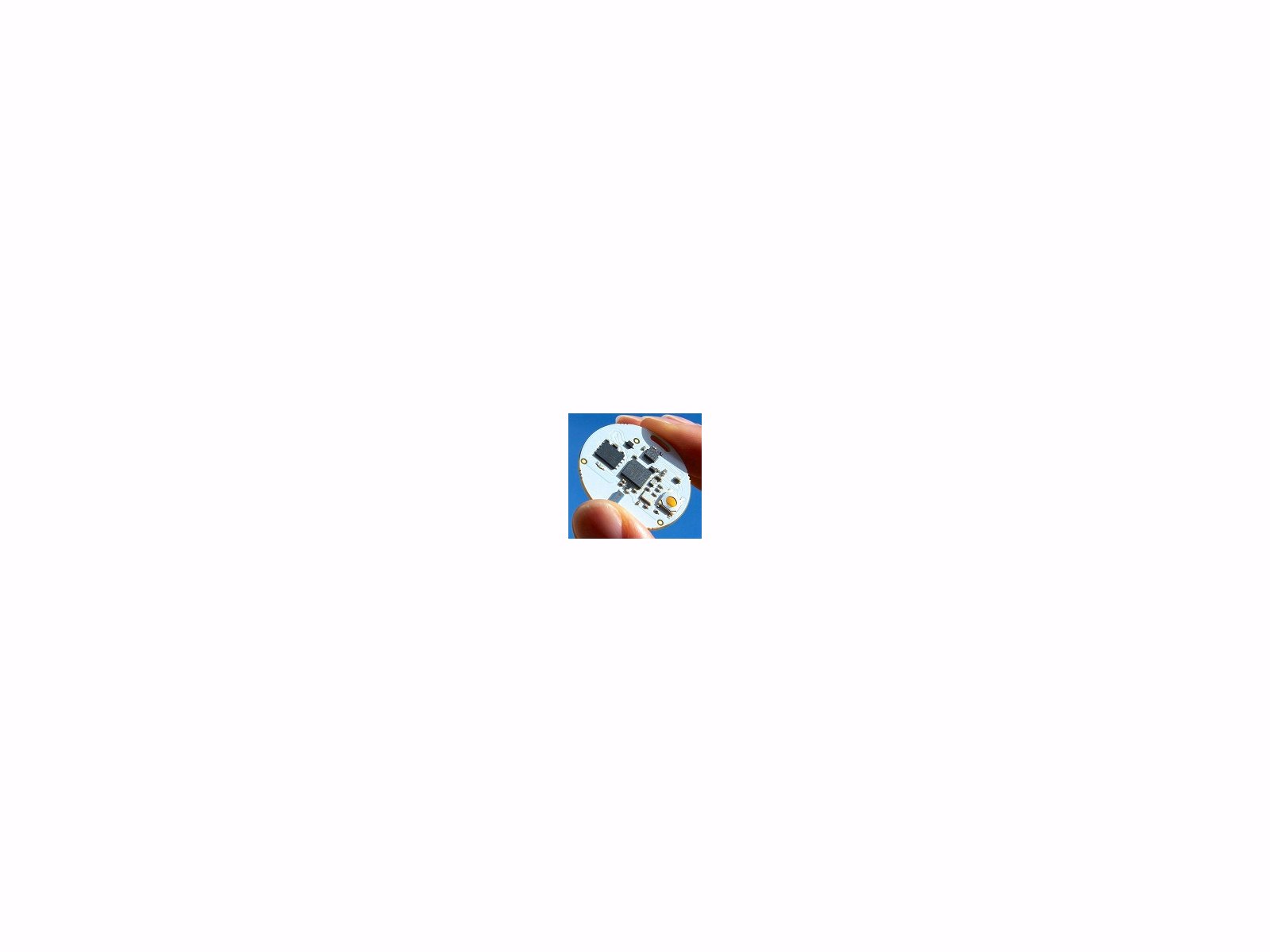 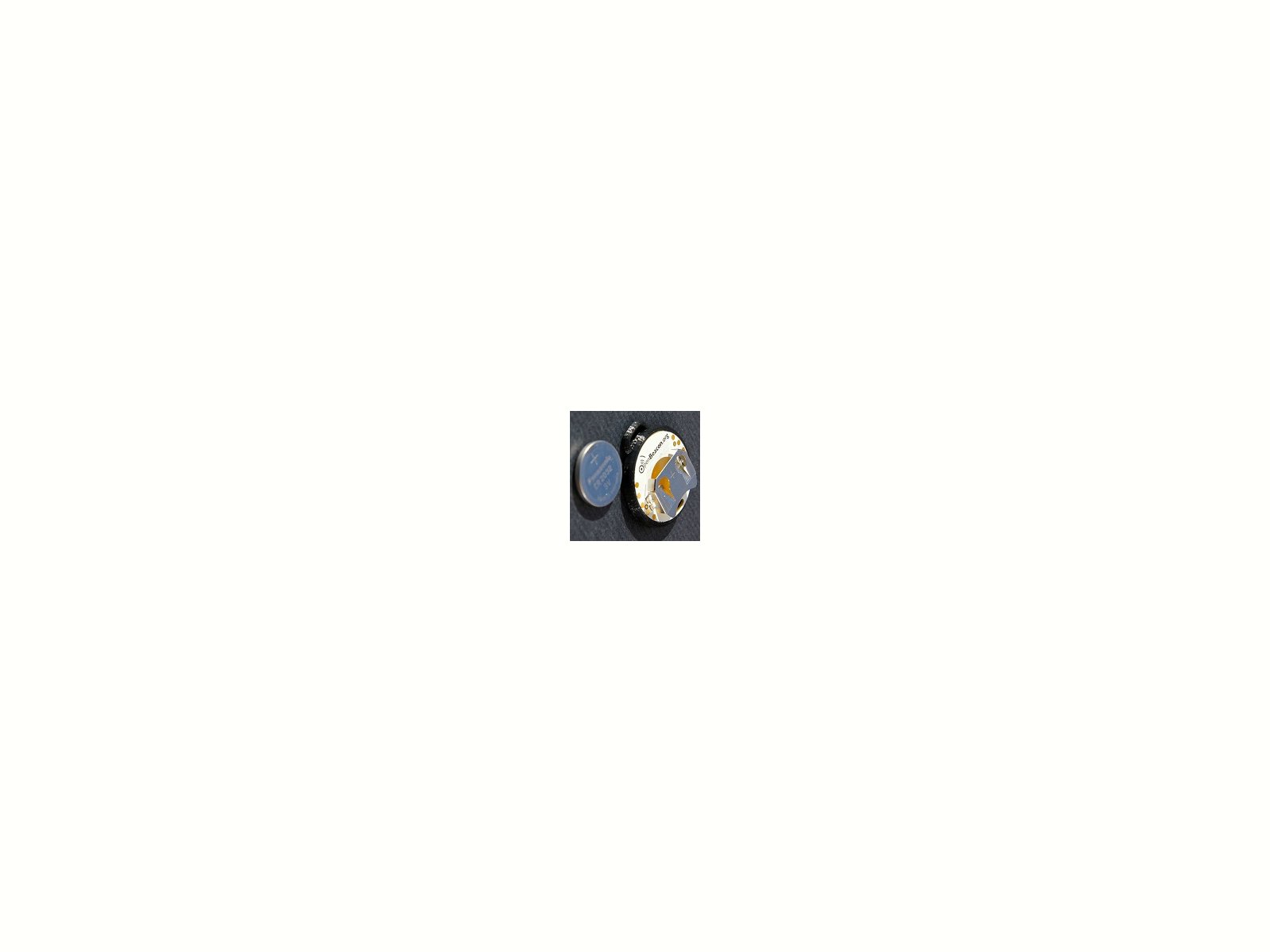 A Beacon in the Night

BLE enabled a number of new applications for Bluetooth, including Beacons. Its minimal energy requirement meant that a BLE beacon could run for up to three years on a single coin-cell.

What is a Beacon?

Beacons are remarkable, especially for forward-thinking retailers. They are one-way BLE transmitters that send a burst of information to a smartphone or similar device. 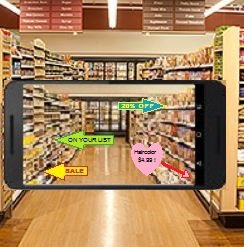 Beacons used for augmented reality in a grocery store

If a customer has an app for your store, they can receive data, such as a sale price, related to an item that is physically nearby. Depending on the app’s design, it might even be able to show the actual locations of items on a shopping list. By analyzing signals from several beacons, the retailer can hyper-localize a customer’s location, creating something like the GPS network but on an extremely local scale.

BLE also facilitates the implementation of Augmented Reality (AR) applications. Software can associate elements of an image, captured by a smartphone’s camera and displayed on its screen, with data being transmitted by beacons on or near the items that are in frame. Floating indicators can guide customers to the items they are seeking, flag sales, or provide other useful information.

Beacons used for augmented reality in a hardware store

To provide a concrete example, a customer might type in that they are looking for an electric drill, then look "through" their phone while scanning the shop floor. The retailer’s app could draw a path to the appropriate section, allowing the customer to find what they need.

More and more businesses are testing out this technology. As it becomes available to everyday retailers, customers are expected to love it and to favor the stores that support it.

People use BLE for fitness trackers, medical monitors, home automation systems, and many other applications. It is used to send valuable information—on everything from public transportation schedules to sports scores—to those with visual or hearing impairments. It allows athletes to be monitored while they train or compete, whether by coaches looking for an edge or doctors assessing a the effectiveness of a treatment. The uses go on and on.

BLE can even be used to drive Position and Orientation in Space (POS) sensors, such as those in quadcopters and drones, to provide extremely accurate flight controls and sensing.

The difficulty for developers is moving from an idea to a prototype or Minimum Viable Product (MVP). Ideas are vital to creation, but modern-day makers often lack the time, resources, or technical expertise to build from scratch everything that comes after the idea. Whether they are working on an Internet of Things (IoT) device, a smart 3D-printed model, or a software release that connects to existing hardware, they often need an interface that can manage the data generated or consumed by their creation.

This is what makes the Bluetera II open source IoT platform so useful. It almost eliminates the need for hardware expertise, which allows prototyping and testing to happen in weeks rather than months, thereby reducing time-to-market.

Bluetera II is built around Nordic Semiconductor‘s reliable NRF52840 System on Chip (SoC). Nordic’s chip is the most advanced short-range, low-power, wireless interface in its class.

It is Bluetooth 5.0 compliant, of course, and compatible with the ZigBee, thread, 802.15.4, and ANT protocols. Together with Bluetera’s cross-platform BLE driver, it is an excellent choice for high-end IoT development.

The advent of BLE 5.1 will add one vital new feature alongside improvements to existing capabilities. That feature is sophisticated direction-finding.

Bluetooth 5.0 could only measure distance, so it required signals from several beacons to hyper-isolate something like a customer’s position. This was satisfactory for a retail environment with multiple beacons, but it was not particularly helpful when trying to locate your lost earbud, speaker, mouse or phone.

BLE 5.1 includes a very specific pointing capability. It can now tell you not only the distance to the object you’re seeking, but also the direction in which it can be found. Imagine being able to walk out in the tall grass, move exactly 12 meters east by northeast, and find the earbud at your feet. Or imagine walking 352 meters northwest to find the drone you lost somewhere in those woods.

Nordic’s newest BLE chip, the NRF5340 dual ARM Cortex M33 SoC, leverages this technology to provide a level of versatility never seen before. It is ideally suited for industrial applications up to 105° Celsius, sophisticated wearables, and professional lighting. And, as mentioned, it supports sophisticated direction-finding.

Bluetooth 5.0 and 5.1 both use the BT mesh protocol. Even in a large facility, such as an office building or a hospital (where thousands of devices might be competing for space), mesh nodes throughout the building can support as many connections as necessary, without conflict. Finally, the enhanced security of the NRF5340 makes it particularly desirable for medical devices.

Consider a system where Bluetera II is mounted on a piece of moving equipment, such as an assembly line robot. Joints and connections eventually begin to wear out, but Bluetera II could identify when motion is outside of parameters and schedule maintenance automatically. Coordinated downtime could save manufacturers millions by minimizing the impact of maintenance on production.

And don’t forget Virtual Reality (VR) controllers, particularly those used in VR entertainment centers, where players stand in a 3 m × 3 m booth and act out, for example, a lightsaber battle. Wireless is essential when you’re wandering around inside a confined space with a headset on, because the real environment is invisible.

No longer a thing of the future, activities like this are already becoming quite popular, both as recreation and as a form of exercise. Famed MYTHBUSTER Adam Savage uses a VR exercise program, which he describes as "an excellent cardio workout" that he happily completes at every opportunity. In the following video, the 52-year-old Adam demonstrates how we can help keep people healthy by inspiring them to be active.

Bluetera II opens up a great many possibilities. While many of these are specific enough to require a custom end-product, they all share the same core need for a reliable motion-sensing and wireless-communication platform:

Whether you are addressing medical needs or improving entertainment, whether you are re-imagining an existing product or designing something completely new, Bluetera II is here to help your idea become a reality.

Thanks for the support!