We * finally * received the last part we were waiting for and have officially started the next 500pc snickerdoodle production run, meaning we should have more hardware ready to test in roughly two weeks.

Note: Perhaps not surprisingly, we have been totally inundated with questions about delivery dates, order statuses, and general product availability and we continue to be blown away by your enthusiasm and eagerness to get your hands on snickerdoodle “now.” We’d kindly ask you to remain patient for just a little bit longer… Rest assured that even though you may not have received your board yet, your order has not been lost and you have not been forgotten.

As a reminder, we unfortunately have no way of knowing exactly when any individual order will ship, but we continue to forge ahead, working day and night to expeditiously ship product while maintaining a level of quality and service that we can stand behind and be proud of.

Another round of breakyBreakys is about to kick off (pending the arrival of a few parts that should be in by the end of next week or so).

The piSmasher is undergoing its makeover - some even might call it cosmetic surgery. Either way, it’s going to blow your mind. We have a slightly new design to share but it isn’t quite ready to poke its head out of its shell. As far as timing goes, we are (optimistically) shooting to have Alpha units ready by the end of April. We should know a lot more - and if that’s going to be realistic - in a couple weeks.

In case you missed it, we received some first article cookieJars in recently. Aside from a few cosmetic tweaks (namely the laser etching) and a couple very minor functional changes that will be implemented for the production run, they’re looking pretty slick! 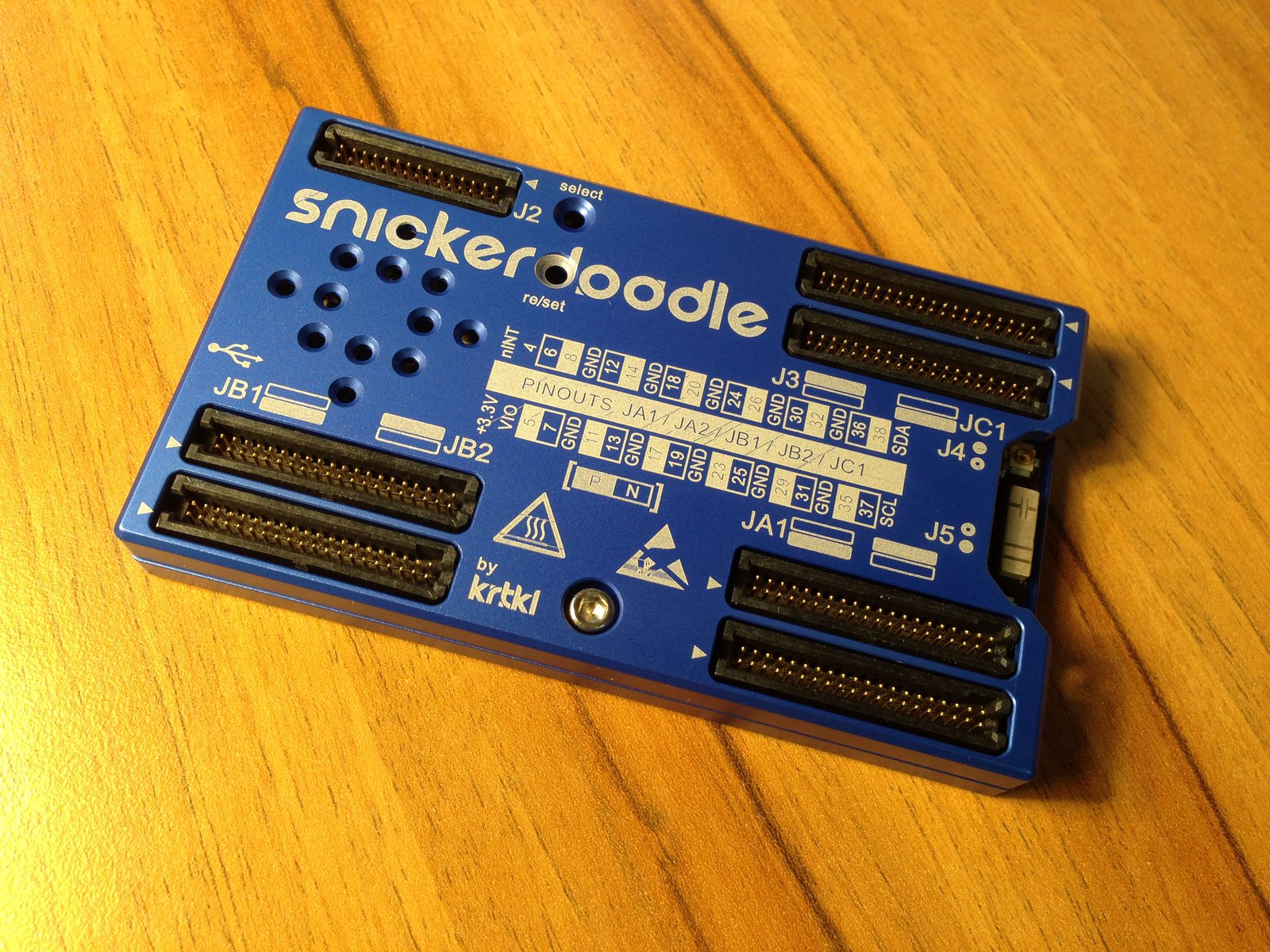 That pretty much covers it for now. Thanks again for the ongoing support. We’re already seeing some great videos and projects from people who’ve received their snickerdoodles. Once we get the new site up (yes, it’s still “being worked on”), we’ll be sure to features some of those projects and products on there.

Until next time…happy building!