While it’s great that you can use LimeSDR with new wireless systems such as Bluetooth Low Energy, along with wideband ones such as HDTV broadcast, there are tons of applications that use really simple narrowband wireless systems for remote control and sensing. Examples of which include wireless thermostats, garage door openers and remote control (RC) mains switches.

In a new video I show how it’s possible to use LimeSDR with another Pothos example that was put together by Josh, to control an off-the- shelf RC mains switch. These tend to use a proprietary protocol for which there is no publicly available documentation, and what’s particularly cool is that Josh was able to use his LimeSDR to capture the signal transmitted by the remote, extract the codes from this and then use them to create a new Pothos block that can be integrated into applications.

If we then combine the work done for this with the previous Pothos example that implemented a Bluetooth Low Energy receiver, we can create an application that takes the reading from a BLE temperature sensor and uses it to decide whether to turn an RC mains switch on or off.

So here we have two completely different wireless systems, operating on completely different bands — 2.4GHz and 433MHz! — and supported by the same, common hardware platform. What’s more, LimeSDR could support at least another two at the same time given that it is 2x2 MIMO. And if we had multiple different systems all operating within the same band, e.g. numerous 433MHz home automation platforms, it may even be possible to support them all while using just a single channel of the LimeSDR (system channel bandwidth and spacing permitting).

You can find the source code for the examples on GitHub. 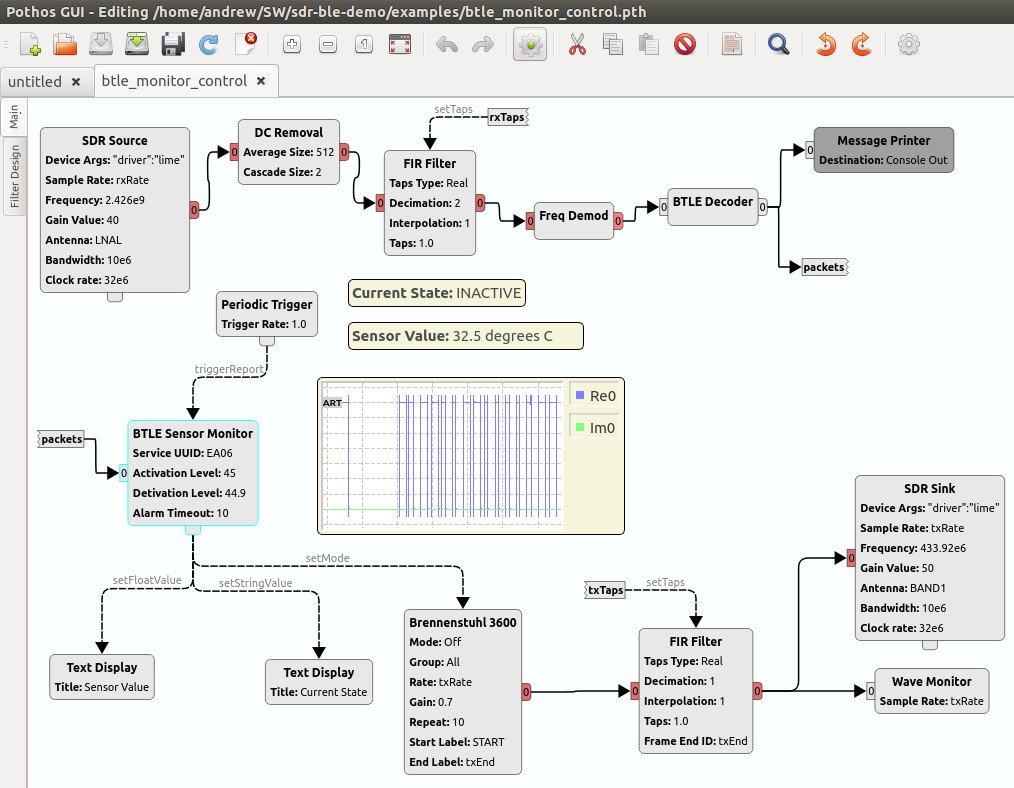