EE, the UK’s largest operator and with the most innovative 4G deployment, has backed the campaign at the 100-pack pledge level! They will distribute the 100 LimeSDRs to educational institutions across the UK. Read the full update here. 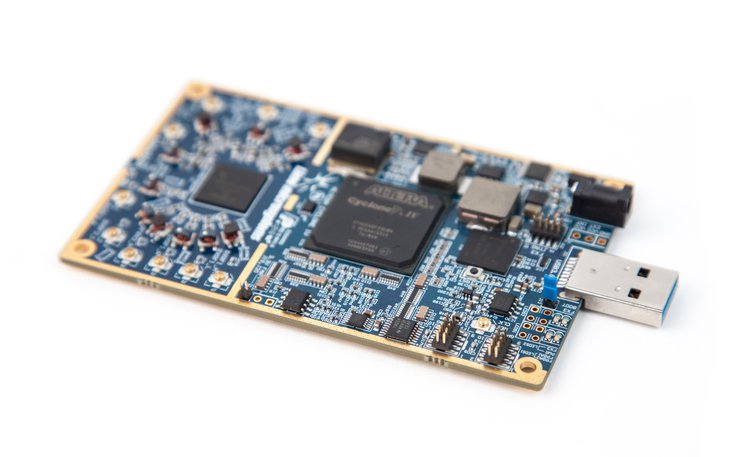 A Software Defined Radio for Everyone

LimeSDR is a low cost, open source, apps-enabled (more on that later) software defined radio (SDR) platform that can be used to support just about any type of wireless communication standard. LimeSDR can send and receive UMTS, LTE, GSM, LoRa, Bluetooth, Zigbee, RFID, and Digital Broadcasting, to name but a few.

While most SDRs have remained in the domain of RF and protocol experts, LimeSDR is usable by anyone familiar with the idea of an app store - it’s the first SDR to integrate with Snappy Ubuntu Core. This means you can easily download new LimeSDR apps from developers around the world. If you’re a developer yourself, you can share and/or sell your LimeSDR apps through Snappy Ubuntu Core as well.

The LimeSDR platform gives students, inventors, and developers an intelligent and flexible device for manipulating wireless signals, so they can learn, experiment, and develop with freedom from limited functionality and expensive proprietary devices. 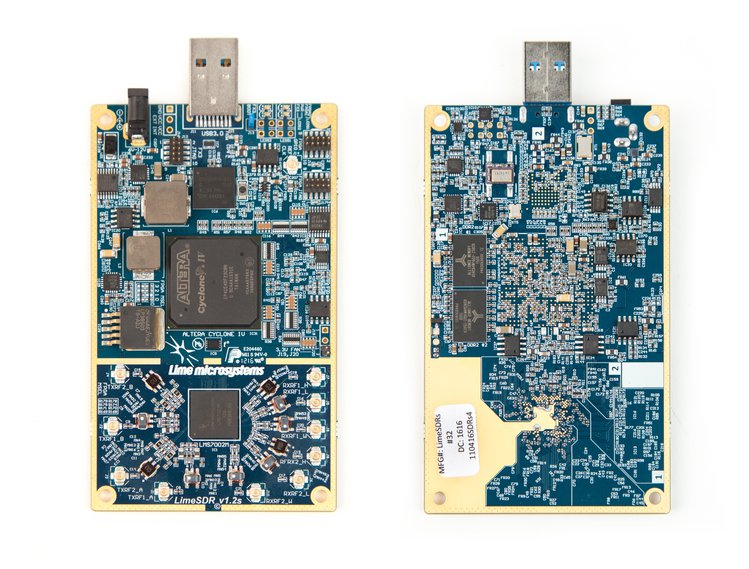 Top (left) and bottom (right) of the LimeSDR PCBA

From Radio Astronomy to Personal Telcos

Here are just some of the applications that are possible with the LimeSDR:

With state-of-the-art technical specs, fully open hardware and toolchain, and integration with Snappy Ubuntu Core’s app distribution platform, LimeSDR is limited only by our collective imagination. 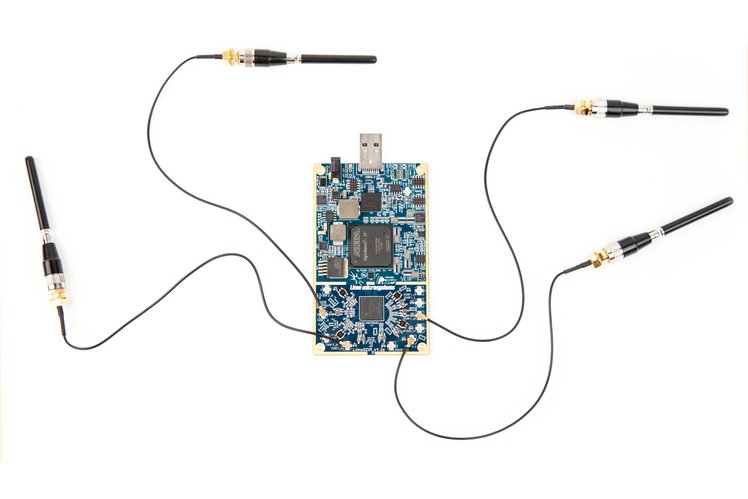 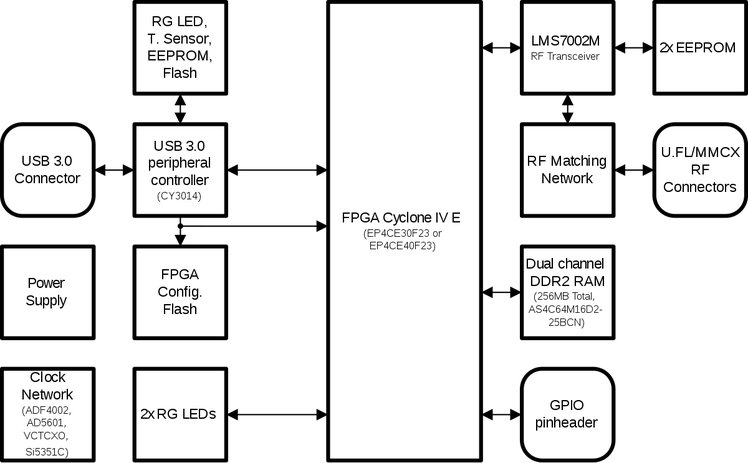 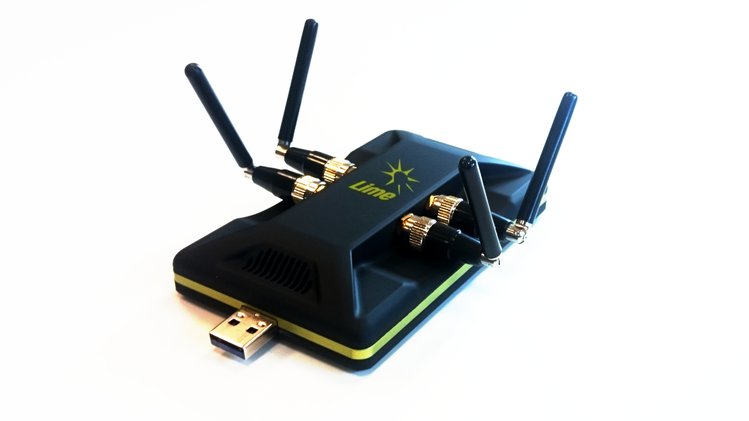 LimeSDR housed in an aluminum case 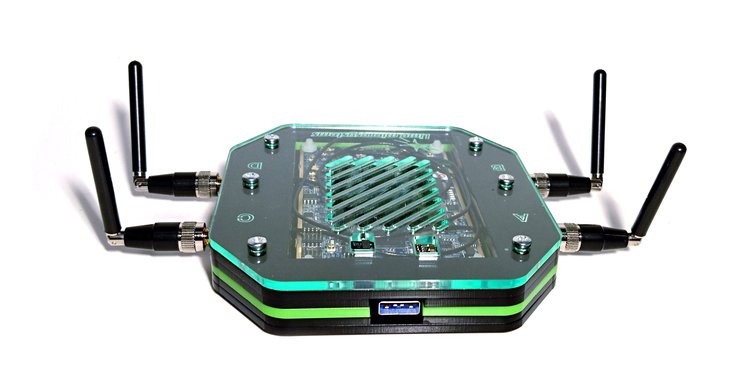 LimeSDR housed in an acrylic case

Over the last three years, we’ve worked on numerous open source projects, all made available through Myriad-RF. This is no different, open source is central to LimeSDR:

Like the move to open source software with general purpose computers, the programmable, fully open source LimeSDR represents a fundamental shift away from the traditionally single-function and heavily proprietary wireless domain. 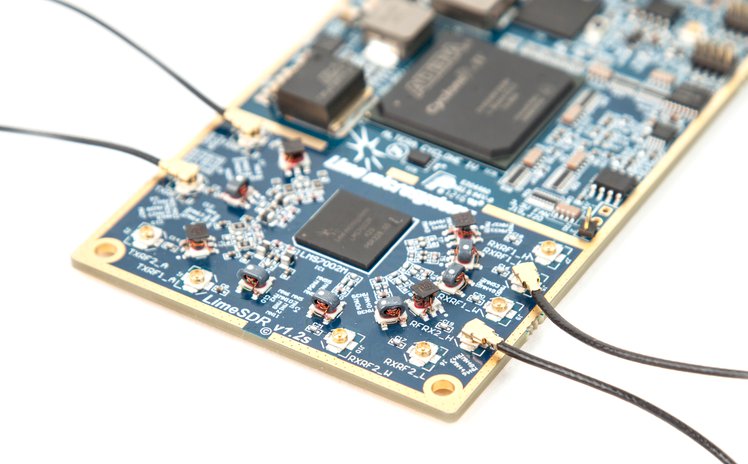 We’ve been working directly with the IoT team at Canonical, the makers of Ubuntu, to enable the use of Snappy Ubuntu Core on LimeSDR.

LimeSDR’s integration with Snappy Ubuntu Core means that you benefit from the collective work of developers around the world. With LimeSDR, we are laying the foundation for a world in which “there’s an app for that” applies not only to mobile phones, but also to the cell towers they connect to and, indeed, every wireless device or piece of infrastructure.

LimeSDR brings with it many opportunities for educational and maker communities, empowering them to learn, and create new applications and even new markets. LimeSDR puts serious power in the hands of anyone who wants to innovate in the world of wireless. We no longer have to wait for established interests to innovate on our behalf. 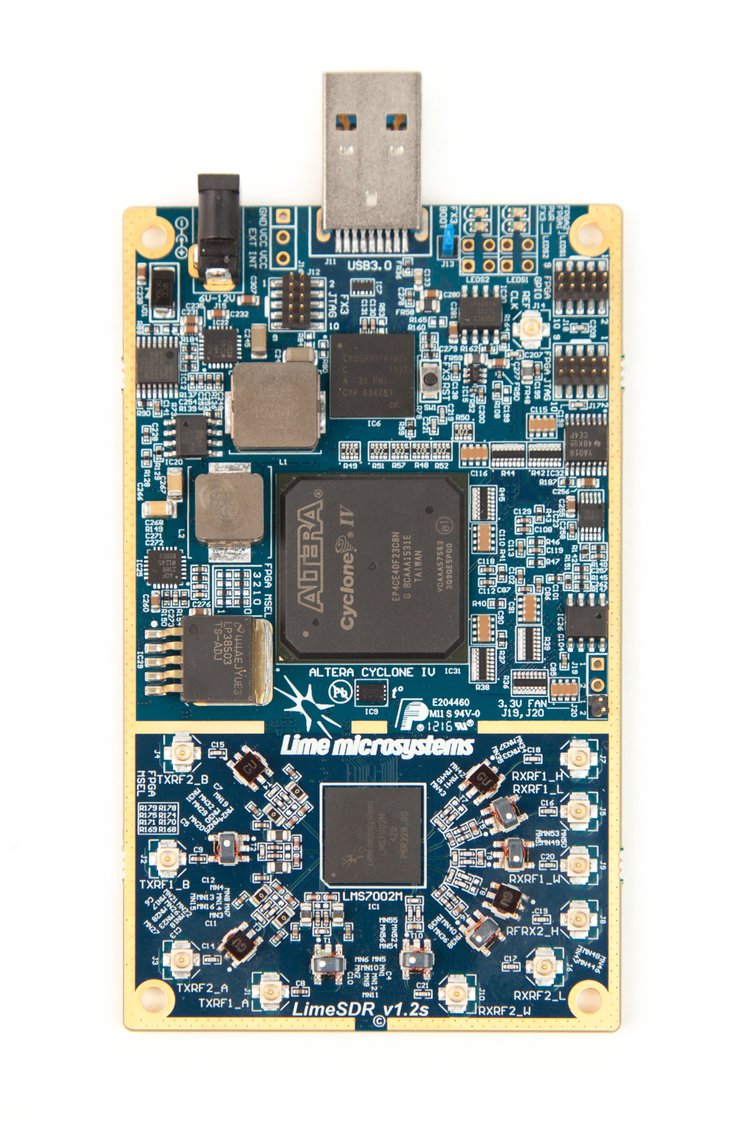 Already Being Integrated into Massive Networks

To further provide the framework for developers to create the next generation of wireless applications, in addition to partnering with Canonical/Ubuntu, we are also partnering with the UK’s largest mobile carrier to deploy LimeSDRs on an experimental basis onto their network. This means that your application on LimeSDR might one day be deployed on massive networks. 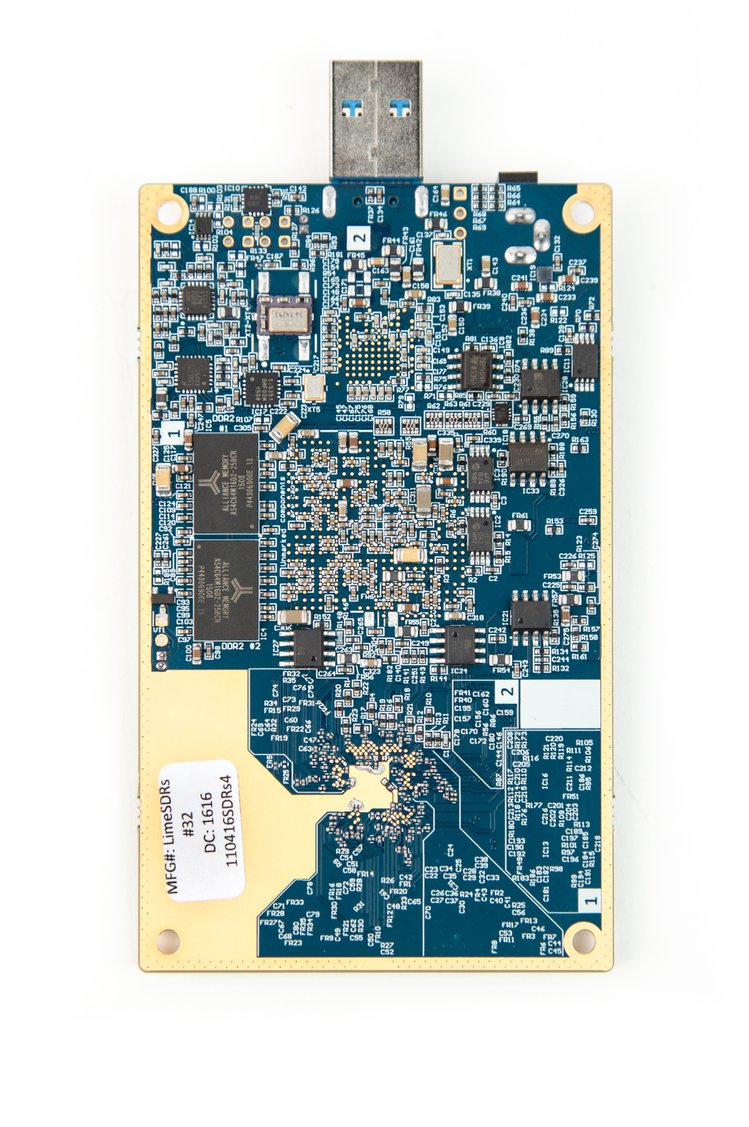 We’ve put significant effort into ensuring that backers will have a first class out-of-box experience by providing support for a vast array of open source SDR ecosystem software. This is thanks to a host driver architecture that supports both the SoapySDR and UHD APIs. With this support, you can be up and running with many existing applications in no time at all. In addition to providing the streaming interface, the driver also supports advanced features such as timed TX bursts and RX sample timestamps, as required for use with GSM and other time-sensitive protocols. 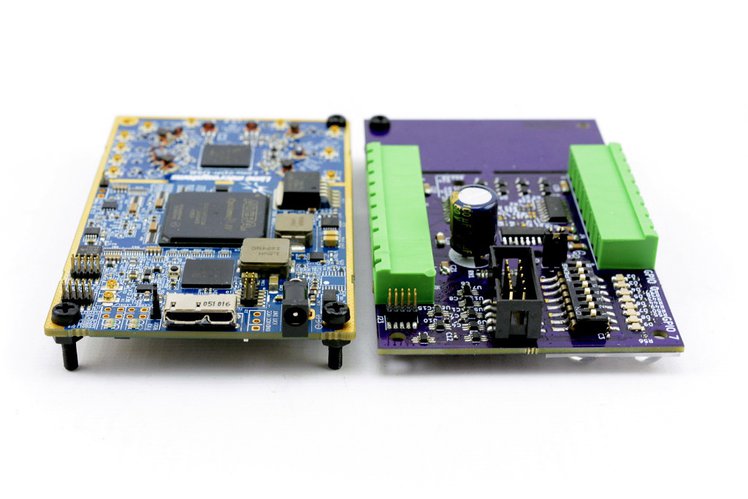 LimeSDR (left) next to a GPIO Board (right) 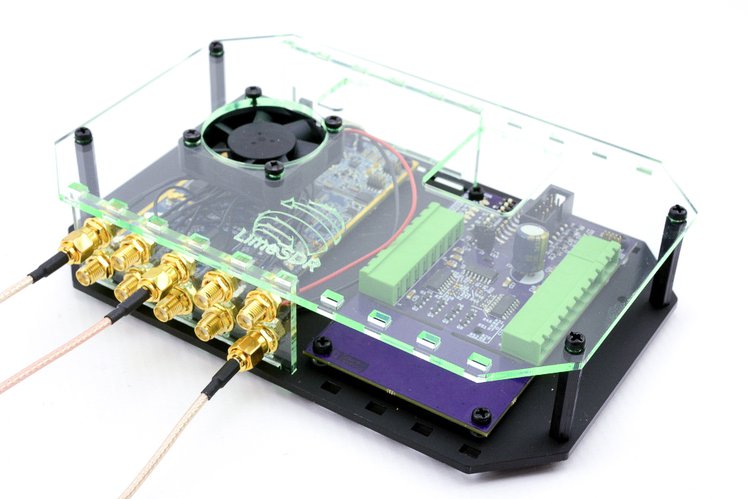 A LimeSDR and GPIO Board housed in a Hacker Case

LimeSDR and its toolchain have already been used to create a Wireless Multi-tool for IoT, including complete source code that demonstrates:

Of course, these examples don’t take advantage of the performance and high data rates available with LimeSDR, but they do demonstrate the basics. 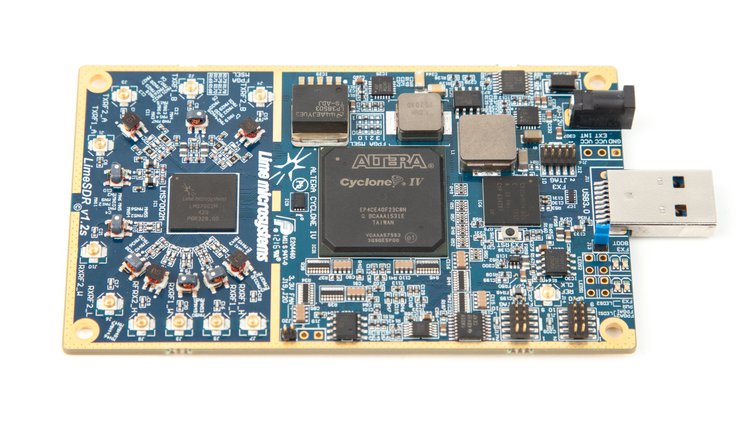 The LimeSDR’s host driver is built on top of Lime Suite, a low level library that takes care of programming and calibration for the LMS7002M FPRF transceiver. Lime Suite also provides a GUI that lets you directly read and write to registers, update the Cypress FX3 USB 3.0 controller firmware and Altera Cyclone IV FPGA bitstream, and display FFT plots.

We used SoapySDR, the vendor/platform neutral SDR support library, to provide a C++ API with C wrapper and Python bindings. This architecture is modular and supports plugins, such as the UHD module, which lets LimeSDR use the UHDTM API, allowing access to a diverse array of existing SDR ecosystem software. The library also enables remote access support, which allows LimeSDR to be accessed transparently over the network by applications running on other hosts.

Rapid application development is further enhanced with the combination of Pothos dataflow programming software suite and GNU Radio. With an extensive collection of DSP and related blocks, together with GUI environments that allow all manner of applications — from Bluetooth and WiFi to RADAR and radio astronomy — this combo lets you rapidly and easily build an application stack.

The development environment is made even more accessible by the fact that the host driver, Lime Suite, and SoapySDR are all open source, as are Pothos and GNU Radio. The full Altium design database for LimeSDR, along with the USB controller firmware and FPGA RTL is also open source, meaning that if you need to implement some new firmware or FPGA feature, you can — in fact, you’re even free to make your own variant of the LimeSDR hardware and use elements of it in your own designs. In addition, a KiCAD recapture and layout is planned. 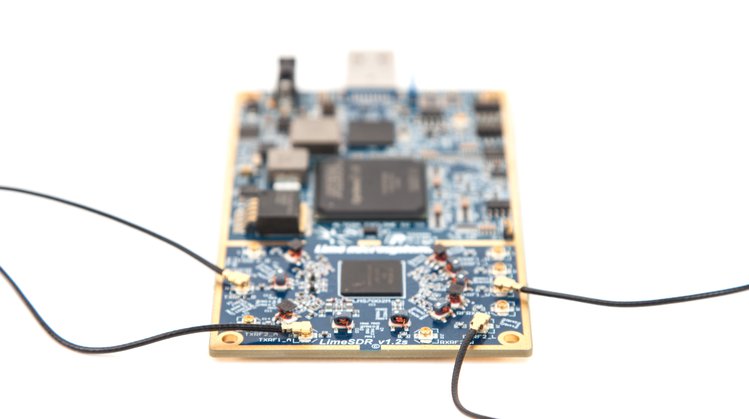 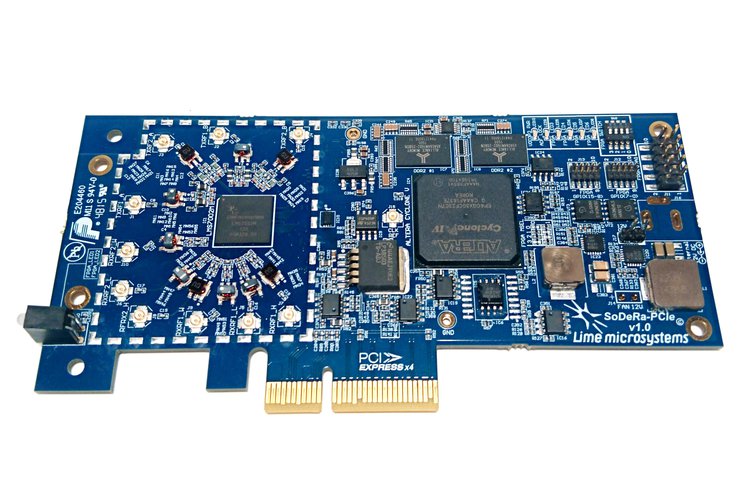 LimeSDR variant with a PCIe interface

Who is behind LimeSDR?

Lime Microsystems has been developing field programmable RF chips for over a decade. Now, we have partnered with Canonical/Ubuntu to provide the framework for open source developers to create the next generation of wireless applications. This, along with our partnership with the UK’s largest mobile carrier, could mean that your application on LimeSDR may one day be deployed on a wide scale.

We’ve also been working on the development of a first class driver for LimeSDR with Josh Blum, the original creator of GNU Radio Companion and developer of SoapySDR and Pothos.

LimeSDR will be supported via Myriad-RF, the initiative and community founded by Lime Micro that is fully dedicated to democratising wireless communications. Join us! 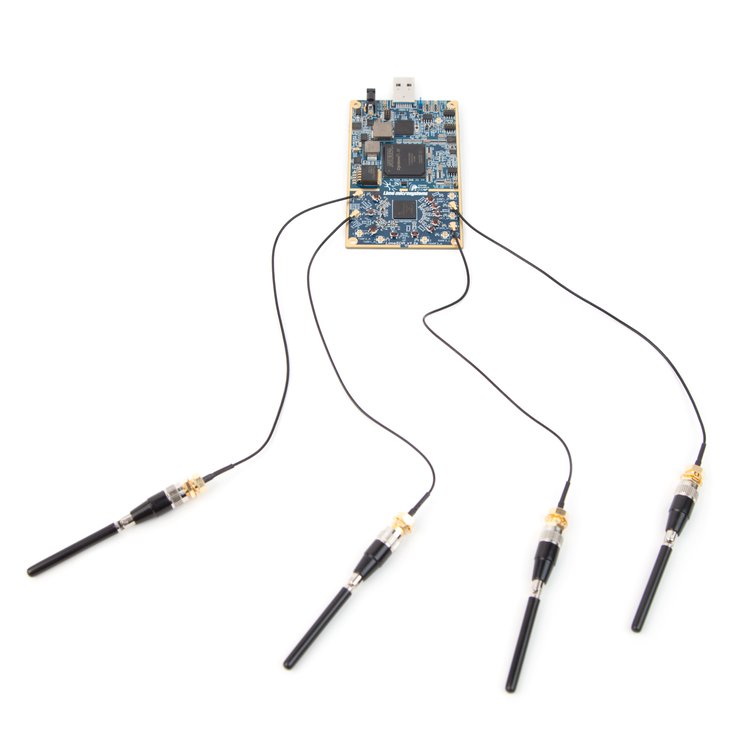 If you have a question about ordering, paying, or shipping, please refer to The Crowd Supply Guide.

If you have a technical question about the operation of the LimeSDR or any of its applications, please ask your question on the Myriad-RF forum.