Over the past few weeks we’ve shown how LimeSDR can be used with numerous different applications and wireless systems, and what better way to round off the week than with news that Josh has succeeded in putting together a series of Pothos-based examples for LoRa™ modulation.

For those unfamiliar with LoRa™, it is a derivative of chirp spread spectrum (CSS) that is able to operate beneath the noise floor and achieve incredible range with remarkably modest transmit power, while being robust to interference. As such, it should come as no surprise that it’s a hot topic right now and generating immense interest for use in enabling the Internet of Things (IoT) at scale.

After creating the new Pothos blocks required to support LoRa™ applications, Josh went on to create three examples: Client, Relay and Simulation. The first of these implements a simple bidirectional chat system with transmit and receive. While the second receives on one frequency and decodes, before re-encoding and transmitting on another frequency.

Used together with a pair of LimeSDRs these allow one system to transmit, relay/loop- back via a remote system, and then receive. The third example provides simulation within Pothos, enabling experimentation with system parameters — such as spreading factor and noise — and the results to be observed.

You should definitely check out the full blog post and accompanying videos! 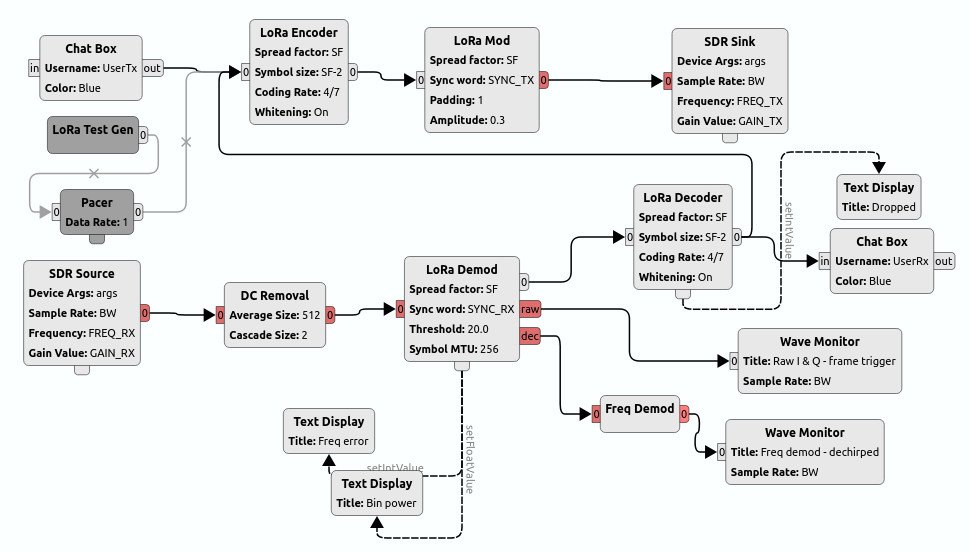 LoRa is a trademark of Semtech Corporation.