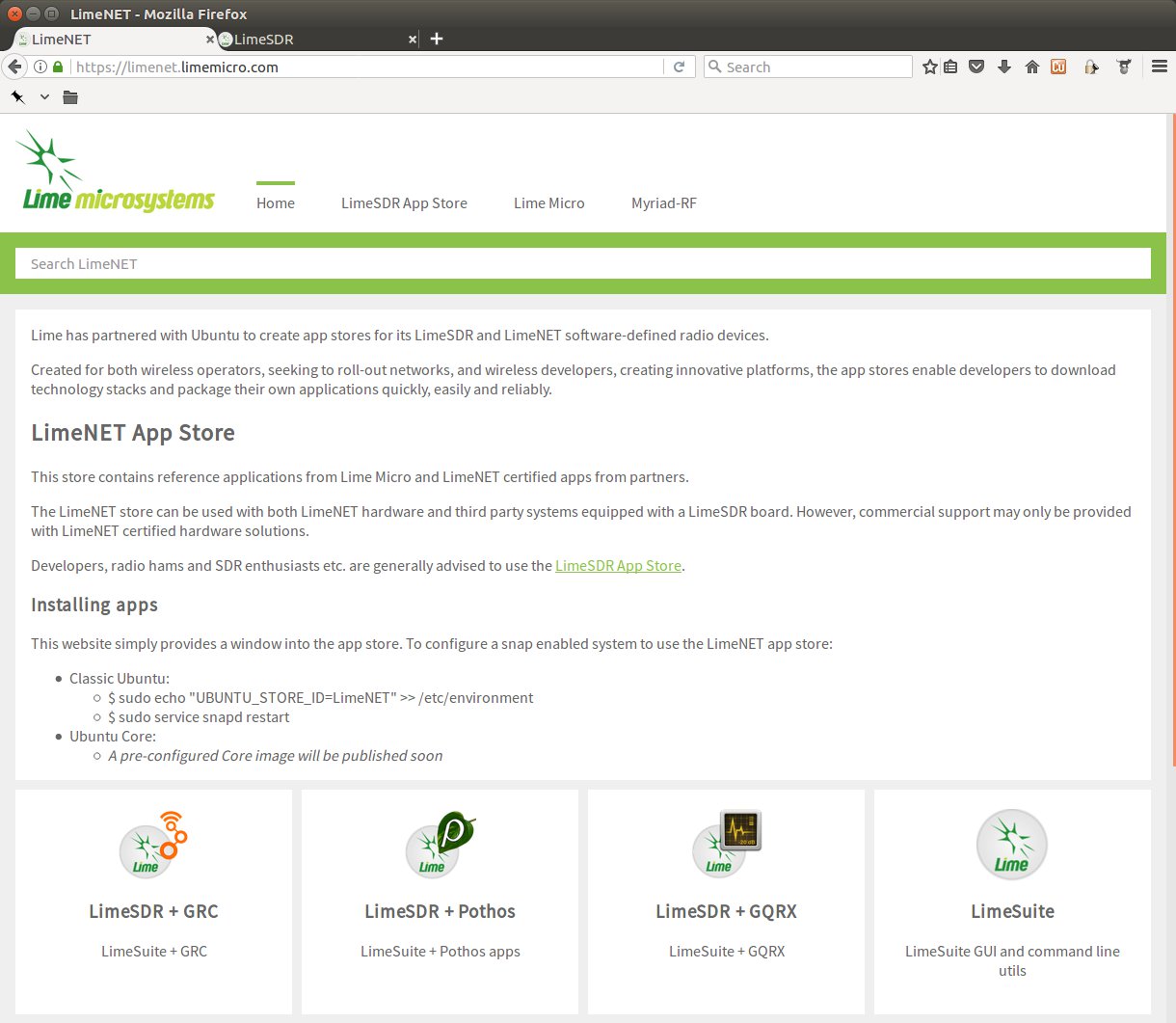 Right from the outset, a key element of the software strategy for LimeSDR has been integration with the Ubuntu app store, in order to make it easy to quickly and securely deploy applications for all manner of different wireless systems. Applications which might involve many components and numerous software dependencies would thereby benefit from the simplicity of an app store model.

In actual fact, two app stores have now been set up: LimeNET, for reference applications from Lime Microsystems and certified apps from partners, and the LimeSDR store for community contributed apps. While applications published to the former will be subject to a certification process, the basic criteria for apps to be published to the latter is that they provide support for LimeSDR hardware.

Why two app stores? LimeNET is intended for use by network operators, system integrators and enterprise organisations, and will contain a smaller selection of rigorously tested, carrier-grade applications, alongside reference apps. Whereas in principle anyone will be able to publish apps to the LimeSDR store, provided they meet some simple criteria. In addition, there is the standard Ubuntu app store, which is not specific to LimeSDR, but may still contain useful applications for use with LimeSDR.

It should also be noted that, since a Linux system can only be set up to use a single app store at any point in time, the LimeSDR store has been configured to inherit apps from both LimeNET and the main Ubuntu app store. What this means is that if a system is configured to use the LimeSDR store, it is able to install apps that have been published to any of the three stores.

In order to make it possible to browse and search the available apps without having to first configure an app-enabled system, two websites have been set up:

Now that the stores are configured and the above websites live, over the coming weeks and months we will be working internally and with partners to package and publish additional applications. We will also be putting together guidelines and a process to enable community contributions to the LimeSDR store.

Configuring a classic snap-enabled system, such as desktop Ubuntu Linux, to use one of the app stores is as simple as setting an environment variable and restarting snapd. However, Ubuntu Core — which was designed with network, IoT, and other devices in mind — requires use of a custom operating system image that is permanently linked to a particular app store. Work is already under way on creating new Core images and we hope to be able to share them with you soon.

Finally, we’d just like to note that while proprietary applications can be published to the app stores alongside open source ones, the LimeSDR platform itself, associated drivers and reference applications will continue to be fully open and with sources available on GitHub. In addition to which there are no plans at present to stop providing classic Ubuntu packages via the Myriad-RF PPA.