Hello LIT Tire Backers, Our first round of production tires arrived today. Well be un-packing, repacking and shipping them to you this week. Thanks for hanging in there. Best, The LIT Team Read the full update.

At Long Last, A Production Update!

Hey LIT Tire backers, We just received our latest set of production samples and things are looking great. Production of our first units began this week and we should be taking delivery of tires later in January. Take a look at the new and improved production LIT tire. The end-result of this time spent in continued development is a product that lives up to our high-standards. Apologies for th... Read the full update.

Long Overdue: An Update On Production

To our backers, We wanted to update you on the current status of the LIT tire project. We successfully solved the ghost-labeling in the reflective sidewall we described last month. Which is good. During the intervening weeks, weve been riding the LIT prototypes extensively, putting them through the paces on the rough road of Portland to test their durability and performance. Frankly, we weren’t... Read the full update.

Hello LIT backers, We hit a small bump in tire production thats set our delivery date back by a month. By all accounts, the LIT Tires ride great. The performance characteristics and visibility are spectacular. The hold-up in production concerns a ghosting effect left by the reflective material. Though small in appearance, this did not meet our quality standards. Heres what were talking about (... Read the full update.

We received our production samples today and wanted to share some photos. As you can see, the production tire looks great. Notice the LITs distinctive, high-profile, reflective strip and its siping (tread). We are very impressed with how these first samples turned out. Stay tuned for more as we finalize our production run and October delivery timetable. Also, feel free to let us know if you h... Read the full update.

Still On Schedule For October Delivery

Hello LIT Tire Backers, Have you noticed that the days are getting shorter? While this marks the end of summer, it also means were getting closer to product delivery in October. We wanted to let you know that everything is still on schedule for an October delivery, which is just in time for your early morning/evening commutes in the dark. Let us know if you have any questions. Thanks again, -L... Read the full update.

Hello LIT Tire Backers. This is just a quick update that everything is on schedule. Having just received a positive update from our manufacturer in Europe, we should be receiving some prototypes towards the end of August. Full production is still on schedule for October delivery. Well have a more detailed update with photos once our prototypes arrive at the end of August. Very Best, The L... Read the full update.

Hello LIT Tire backers. We hope you have been enjoying the first few weeks of summer. We recently finalized the LIT Tire packaging and wanted to give you a look at the graphics. Thanks again for making our project a reality and enjoy your summer. Well send another update out in a month or so. -The LIT Tire Development Team Read the full update.

Hey everybody, this is an update on the LIT Tires production status. Our manufacturer in the Czech Republic will have our tire mold completed in August and will send us our very first production samples later that month. By all accounts, were right on schedule for October delivery. We cant wait to get our first few sets of samples. Im personally looking forward to getting a set of them on my Su... Read the full update.

Hey everybody, As you probably noticed, we ran the credit card transactions for the LIT campaign orders a couple of weeks ago on the 16th of May. This charge would have appeared on your credit cards statement as a transaction with Velo Products. This is the holding company for the LIT Tire. Anyway, thanks again for supporting the LIT Tire. Well be in touch with more as the production process be... Read the full update.

Waahoo! We made it. Thanks to your backing, cheerleading, and outreach, we successfully funded the LIT tire. As were in the pre-order phase, anyone who didnt get to back the project can still order a set of LIT tires through the project page. Tell your friends! Well keep you informed as things progress. Now that we have what we need to start production, the next item on our agenda is getting o... Read the full update.

Were 12 hours away from the campaigns close and were a measly $175 away from our funding target of $15,000. To give you an idea, thats one t-shirt and two sets of tires away from succeeding. Be sure to send your friends and family a last minute reminder to get a set of our tires before the crowdfunding expires. Until midnight tonight, everyone still has the ability to get a set of LIT tires for... Read the full update.

With just four days to go until the end of the campaign, were knocking on the doors of success. As of writing this, the LIT Tire is 92% funded. We couldnt have gotten here without the support and outreach efforts of our backers. On Monday, I was interviewed by Frank Peters on his CDM Cyclist radio show. I did my best to explain how Crowd Supply has helped us get this project rollingno pun inten... Read the full update.

We received the physical model of the LITs mold today from our factory in Europe. We are very excited about how this project is coming together and appreciate all the support of our backers. With 9 days to go, we are around 80% funded. Please keep spreading the word with your friends and family. All the best, Patrick Read the full update.

First of all, a big thank you to all of our backers for helping us get 75% funded. Its been an exciting past week. We received a massive lift from BikeTiresDirect.com when they featured our product on their homepage. They also committed to carrying our tire if it reaches its funding target. This has made a big difference in our pledge-raising efforts. Weve also gotten in contact with all of ou... Read the full update.

Its a good day for Bike Soles. Due to the generous support of our backers, the LIT Tire project has achieved 50% of its $15,000 funding goal. Theres still a ways to go, but things are headed in the right direction. Thanks for all the help and keep spreading the word about the LIT Tire. We have 17 days to go. We can do this together. -Patrick w/Bike Soles Read the full update.

We need your support in the final 18 days

First of all, a hearty thanks to all of you who have backed the LIT Tire so far. We still have some ground to cover. According to the LIT product page on Crowd Supply, we are 43% funded. We have 18 days to reach our funding goal and make the project a reality. With your help, Bike Soles can get the LIT off the ground. One of the beauties of a crowd funded project is that you get to share in ... Read the full update.

We are happy to announce that the LIT Tire is now eligible for international shipping. For a flat rate of $15, well ship a set of tires, or a t-shirt, to your door wherever you happen to be in the world. If youre interested, get in contact with us through the Ask a Question button. Well follow up as soon as the international shipping option is available in the checkout process. Read the full update.

LIT Tires in the news

The team at BikeSoles extends a big hearty thanks to all of our backers for their incredible support and helping get the LIT tires in the spotlight. In addition to a lot of US newsites and blogs, we even scored some press in Italy and Australia! BTA's Blog btaoregon.org - April 10, 2013 The LIT Tire thewolfsmouth.com - March 20, 2013 Bike Soles' LIT Tires makes sure your bike commutes are ... Read the full update.

LIT was founded in Portland, OR, the bicycle commuting capital of the country to design, market, and sell the new 360 Ultra Reflective. 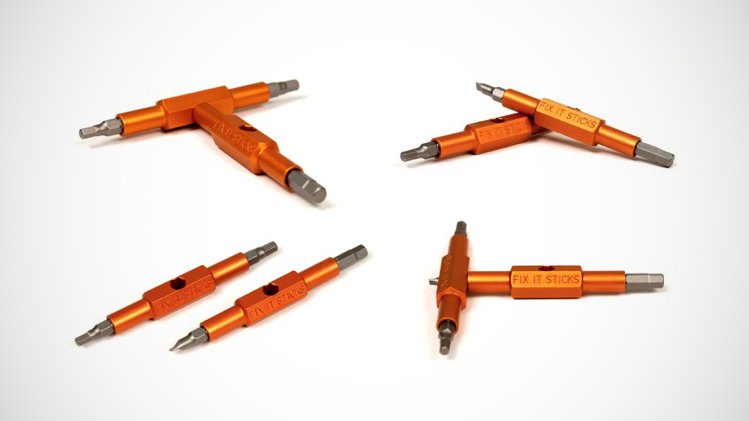 In Stock
Order Now
options from
$35