The Poster Art of Mike King

Thanks for all the great support so far, and please keep sharing the campaign. We’ve received good interest so far, but want to make sure we maintain the momentum. As noted on the campaign page, we’re in the very final editing stages with layout etc. For fun, below is a sample of a couple pages within the book, that we’re excited to share with you!

We’ll send a couple more pages every week throughout the remainder of the campaign, and we’ll also be posting some really great commentary on Mike from a few of his friends and contemporaries Including the piece below from Colin Meloy of the Decemberists! 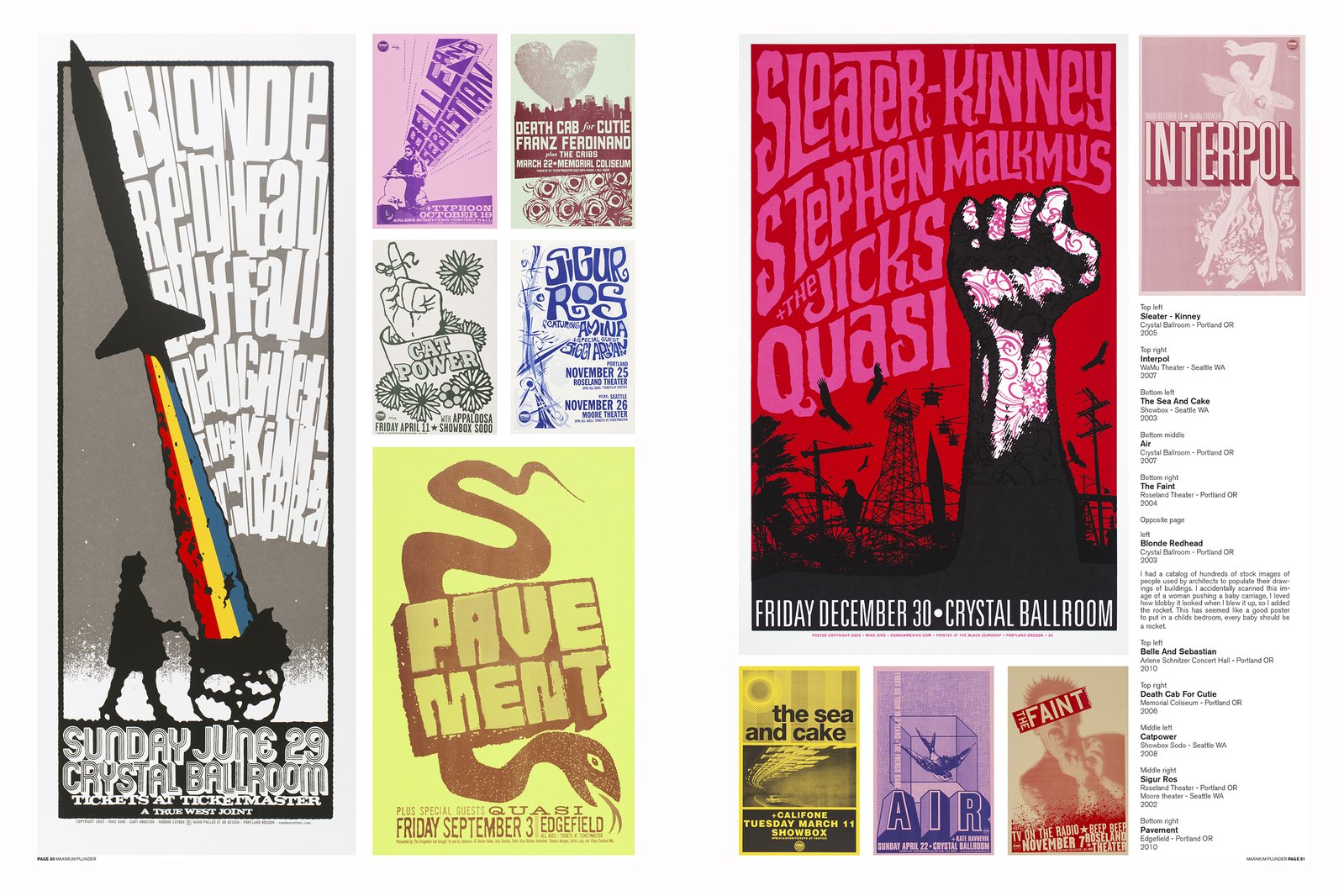 The rock posters Portland artist Mike King started making in 1977 were never meant to be considered works of art. They were meant to be stapled to telephone poles and taped to bathroom mirrors in bars—fast, inky visuals that emulated the punk shows they advertised. Now, nearly four decades later, King is in contention for the nonexistent title of Most Prolific Rock Poster Artist in the world, having created more than 5,000 posters for rock shows at some of the Northwest’s most legendary venues and beyond. Maximum Plunder reproduces more than 1,000 of those posters and reflects on higher notions of art applied to one of its most down-to-earth mediums.

“In high school, I papered the walls of my room with rock posters I’d taken from Portland and Seattle telephone poles. Hüsker Dü at Pine Street. Camper Van Beethoven at the Moore. B-52s at the WOW Hall in Eugene. Shows I hadn’t seen; shows I could only imagine seeing. There was a common denominator to those posters, though. They were mostly designed by Mike King. His thumbprint is as heavily laid on the Northwest music scene as any band that started up here. And he’s outlasted most of them.”

— Colin Meloy, founding member of The Decemberists and author of The Wildwood Chronicles.