Safety and the Path Towards Better Spatial Resolution

I’ve had a couple of question about safety as well as quite a few with questions about spatial resolution. Here I’ll talk about IEC safety and some exciting work to obtain higher resolution.

There have been a few questions around whether Spectra is safe to use on the body. To start with, one example of the EIT technique already being used on humans for continous monitoring is the Drager EIT system used for clinical lung monitoring.

Spectra also has a DC filtering system that’s designed to meet the IEC-60601-1 guidelines for safe use on humans. One good thing to remember is that when EEG measures contact impedance, it’s actually sending a small current through in the range of nanoamperes, and EIT is sending a current through in the range of microamperes. To put this in perspective we can compare with transcranial direct current stimulation (tDCS) and transcranial alternating current stimulation (tACS), which are brain modulation techniques that use current much higher up in the milliamperes.

Here are the IEC guidelines on current:

The Path to Better Spatial Resolution

Here is a picture of my lungs taken with Spectra: 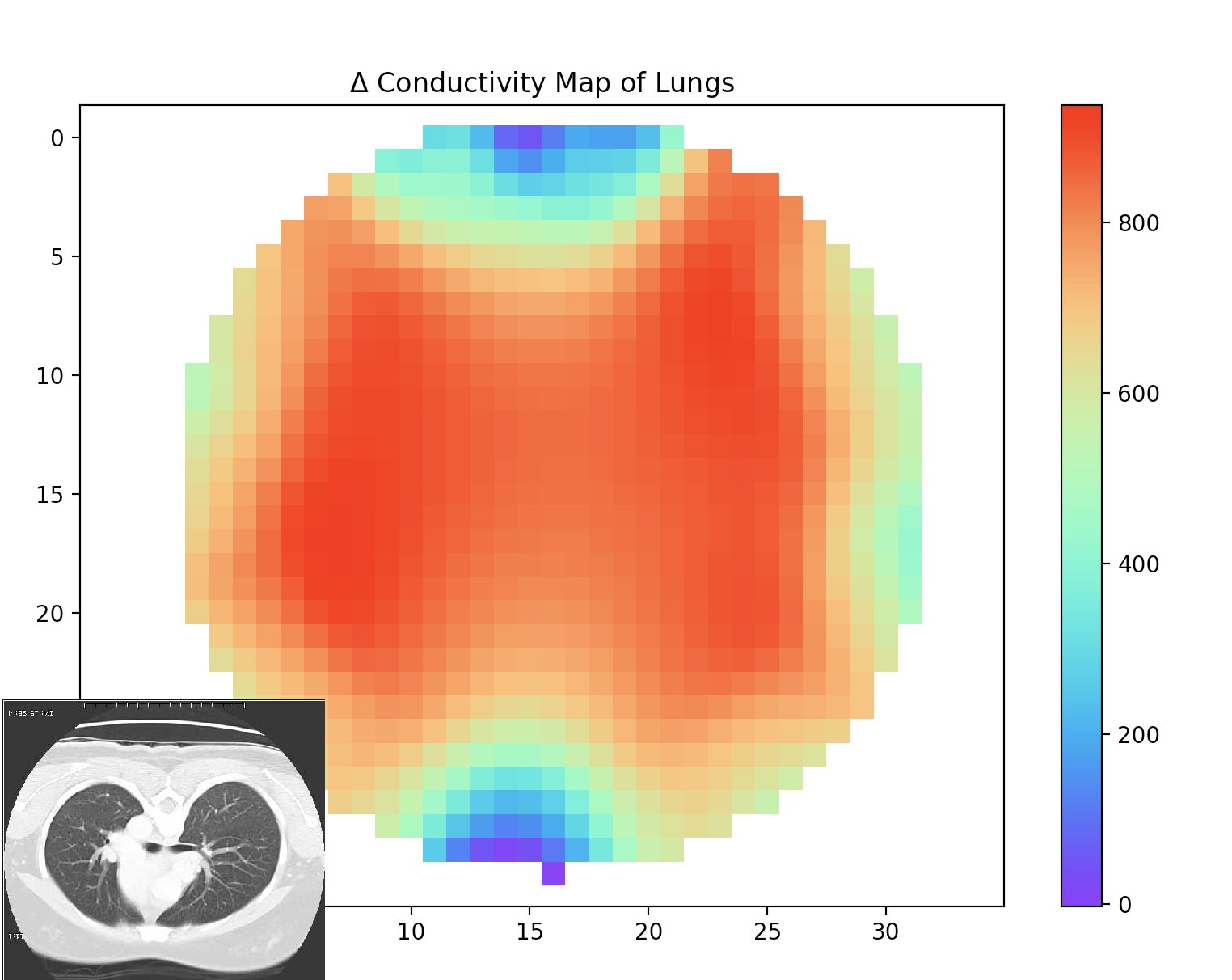 Now, although this might not be the most amazing image compared to what you are used to seeing with a CATSCAN, it’s within safety limits for safe use on humans, and I did this with Spectra at my desk, which is novel in its own right as this type of technology has never been so accessible. This is a great starting point, and I’d ask you to consider some of the following ways to make it better. As a reminder about the first MRI scans, we started with the thorax also, which gave some pretty simple images, and now look what we can do! As a point of interest, the picture in the MRI is my own brain from back when I was an MRI technician! (True story.)

Although adding more electrodes is one way to get better spatial resolution, I’ll take this opportunity to highlight some really exciting research happening that’s making leaps and bounds in spatial resolution. Imagine if we had a super cheap, high resolution body imaging tool!?

The algorithm I’ve described so far — back projection — is actually the worst when it comes to accuracy. Luckily, Spectra ships with two more algorithms: the classic Gauss Newton algorithm and the Graz Consensus algorithm initially developed by Andy Adler. Back projection assumes current flows in straight lines, which is definitely untrue, whereas Gauss-Newton and Graz Consensus do not, but they also model the body only as a set of resistors. Going back to a previous update showing the electrical circuit of a cell as a few resistors and capacitors would be more accurate, though a trickier solution to Maxwell’s equations. We often assume this static solution to Maxwell’s equations, but really we should be solving the quasistatic solution.

In 2018, S. Hamilton and A. Hauptmann published a great piece of work on deep learning combined with a new algorithm for electrical impedance reconstructions - D-Bar. It makes leaps and bounds of progress with spatial resolution using a machine learning approach with a clever algorithm. Check out the results in the picture below! 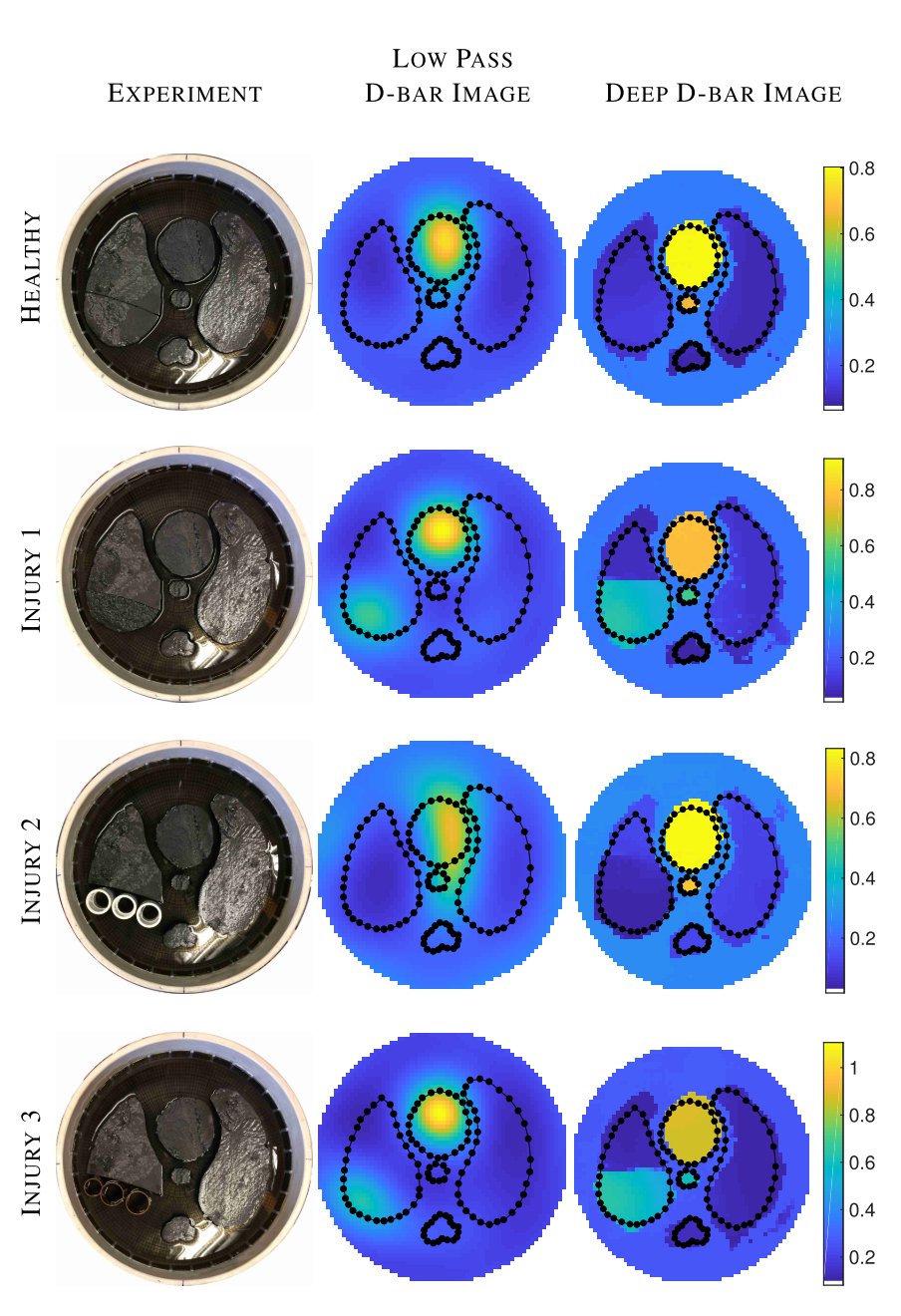 The D-bar algorithm was created by Melody Dodd, Jennifer Mueller, and Samuli Siltanen, the latter of which published a full description of the D-Bar algorithm with code included. Here is a picture of the author who made this code open source! 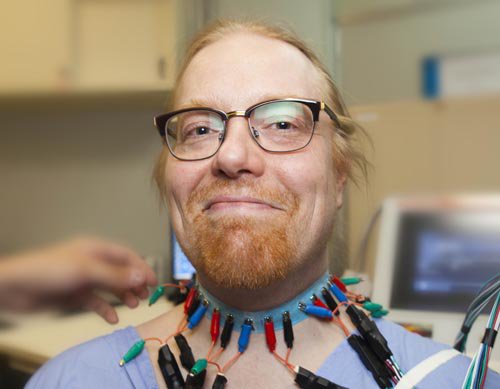 The use of machine learning in this area is just beginning, and in my opinion is the area to focus on to make big leaps in improving the spatial resolution of this low-cost and portable technique. Exciting times ahead in the world of medical imaging!