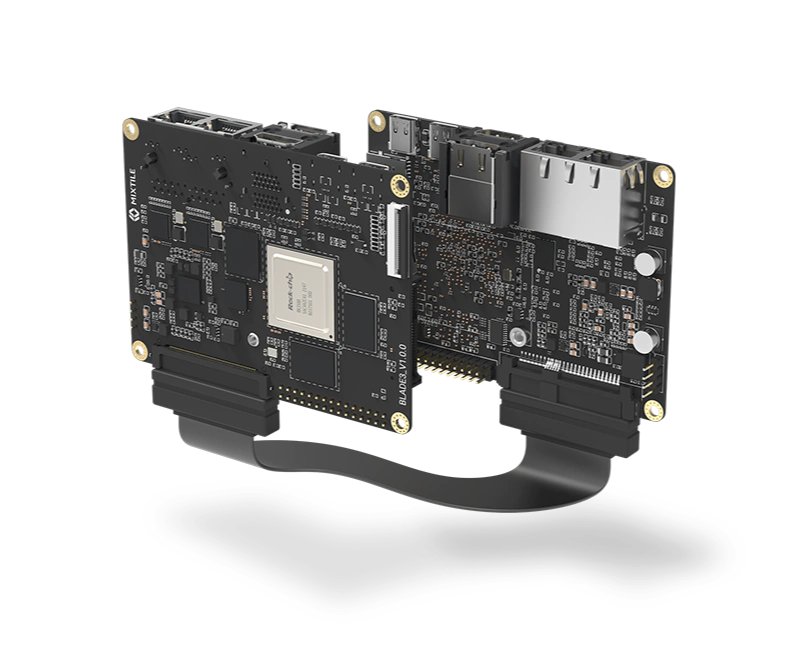 A quantitative evaluation of Mixtile Blade 3 demonstrates the extent to which it outperforms a conventional Raspberry Pi 4 SBC. The industry-standard, cross-platform Geekbench software provides the following insights:

As shown below, Mixtile Blade 3 outperforms Raspberry Pi in a few other metrics, as well: 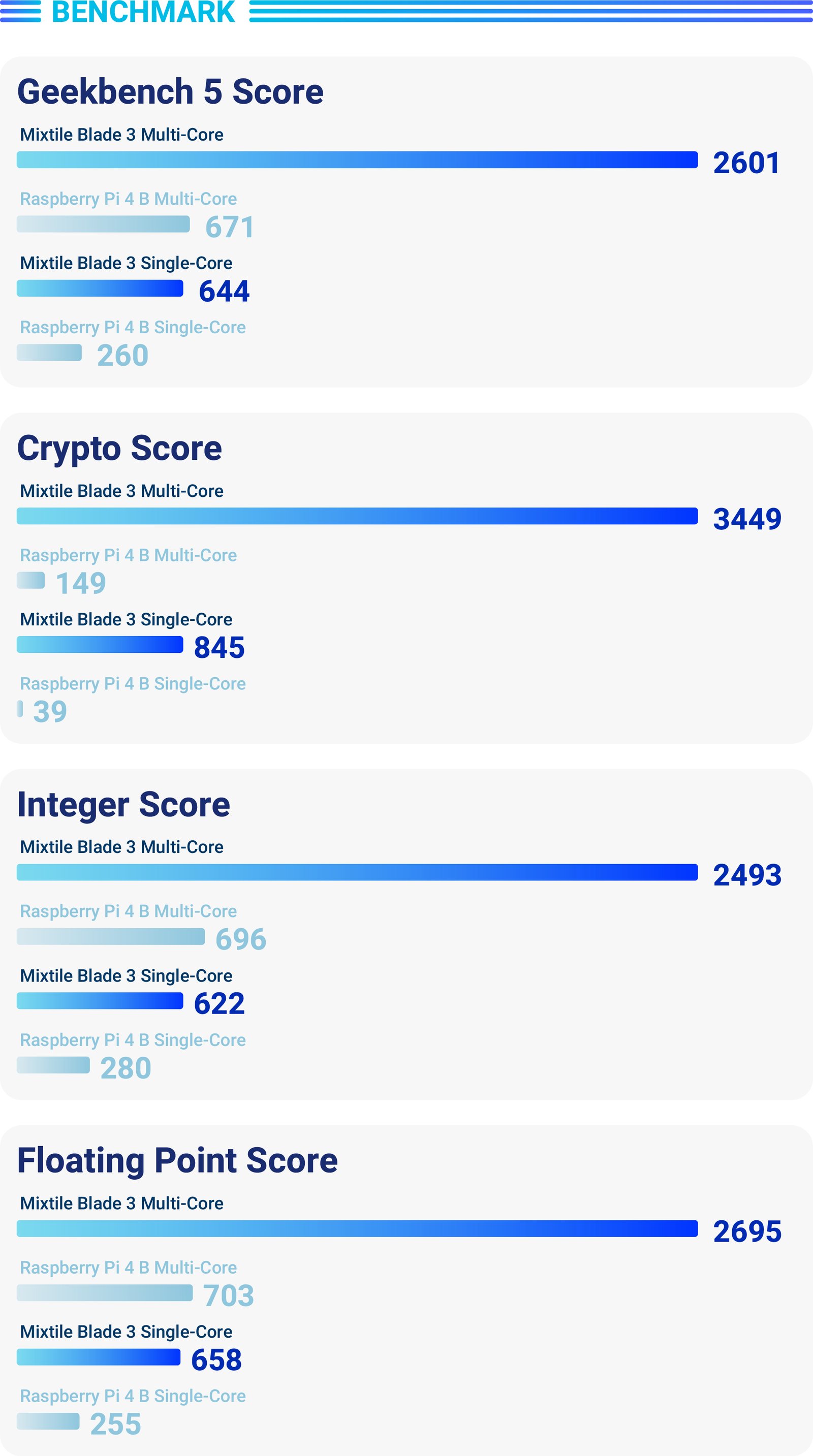 Speedometer 2.0 is a browser test that gauges performance when accessing a web application. By counting the number of times the Chromium browser can load a particular web application in a minute, it measures not only CPU performance but also memory speed and capacity. We used Speedometer 2.0 to benchmark Mixtile Blade 3 and a Raspberry Pi 4. Testing once per minute, Blade 3 earned a 54.9, which is over three times the 16.91 scored by a Raspberry Pi 4.

We also tested memory bandwidth allocation when reading and writing blocks of 1 MB. Mixtile Blade 3 surpassed the performance of a Raspberry Pi 4 by nearly 12x on read operations and 15x on write operations.

To evaluate Blade 3’s throughput, we used iperf3, which calculates average network throughput over several tests. Our Raspberry Pi 4 managed 943 Mbps of Ethernet throughput. Blade 3 delivered 2.34 Gbps, which is nearly 2.5 times faster. (Or double that, if you consider the fact that Blade 3 has __two_ 2.5 Gb Ethernet interfaces…)

We installed heat sinks during the above experiments. We also set up a thermal camera to assess the temperature of specific areas. During general operation, an ideal CPU temperature should range from 30°C to 65°C. While idle, Blade 3 produced the following thermal imagery:

Under 99% load, it showed the following:

The graph below shows a CPU-intensive "Load" metric (with a USB keyboard or mouse attached and an HDMI cable connected) as well as an "Idle" metric. In any computer system, higher performance draws more power from the supply. Nonetheless, Mixtile Blade 3 demonstrates reliably efficient performance, with a level of power consumption very close to that of a Raspberry Pi 4.

Mixtile Blade 3 is a state-of-the-art SBC that is extremely cost-effective when compared to other hardware capable of performing at this level. It is an exceptionally easy-to-use solution for realtime computation with thousands of applications ranging from artificial intelligence to machine learning to cryptocurrency mining and beyond.

Next week, we will update our benchmark of TCP over PCIe. (Spoiler alert: our TCP/IP driver provides a very low-latency connection at the hardware level.) See you then!