ViewSB is a new open source USB analyzer software from Kate Temkin and Great Scott Gadgets that we’re leveraging to provide a nice and easy way to interpret the raw USB data that PhyWhisperer-USB captures.

ViewSB also supports several other open source USB capture tools (both hardware and software), so if you’re doing a lot of USB work, you’re likely to find yourself using ViewSB with tools other than PhyWhisperer too.

Intepreting USB packets is now just a couple of function calls away in your PhyWhisperer notebooks or scripts: 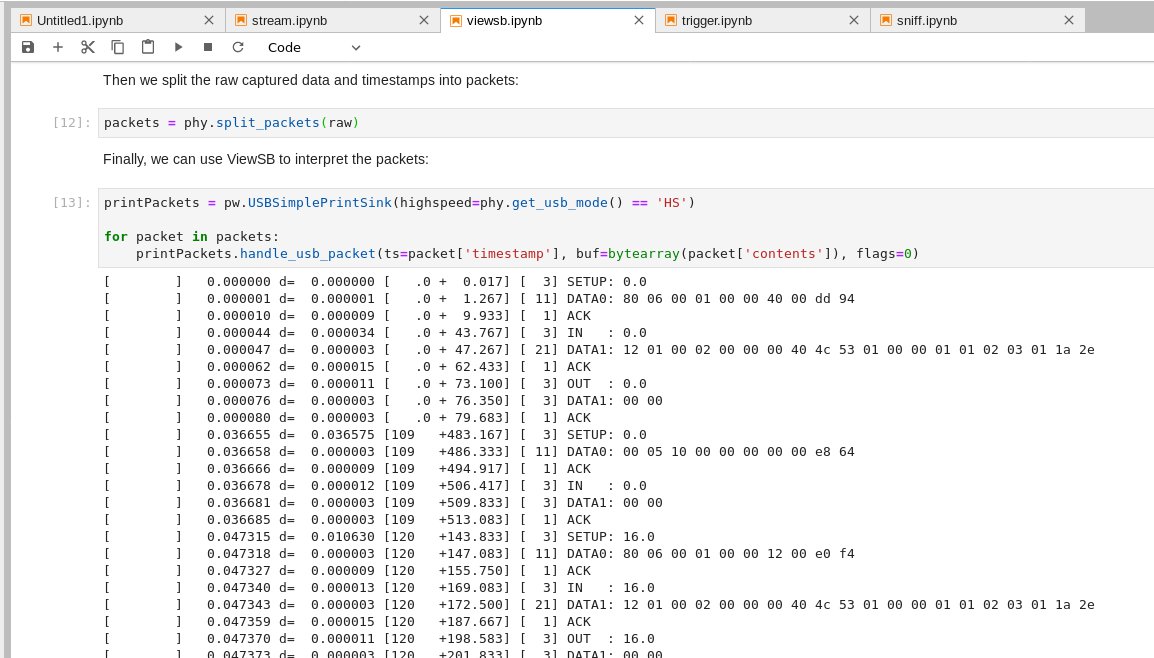 The arguments in this example specify that:

ViewSB currently has three presentations frontends; here’s what the output looks like for each: 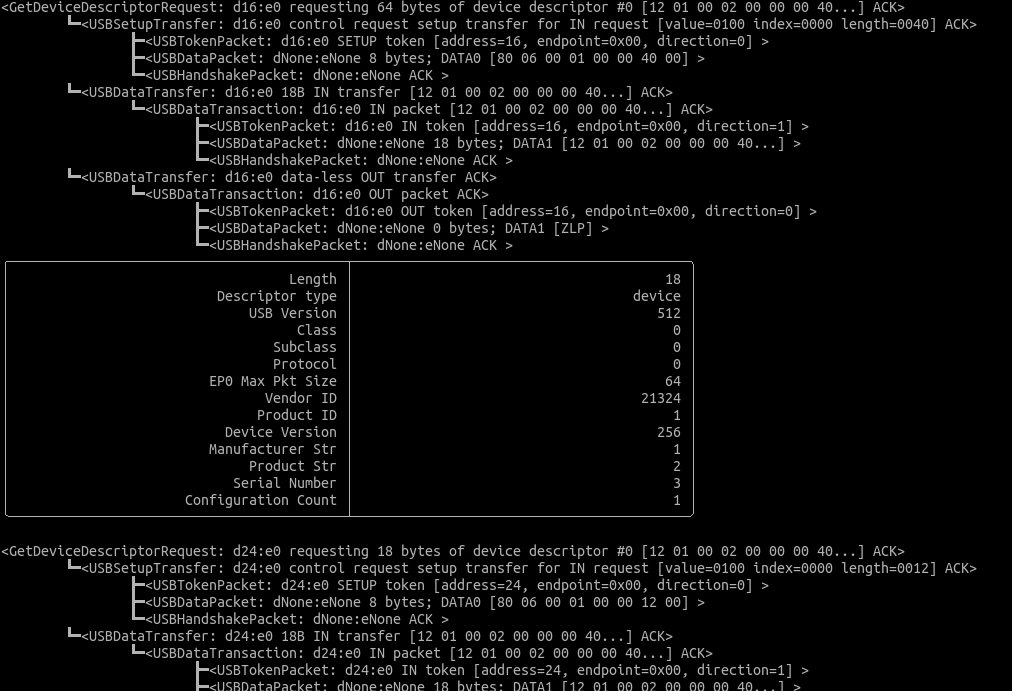 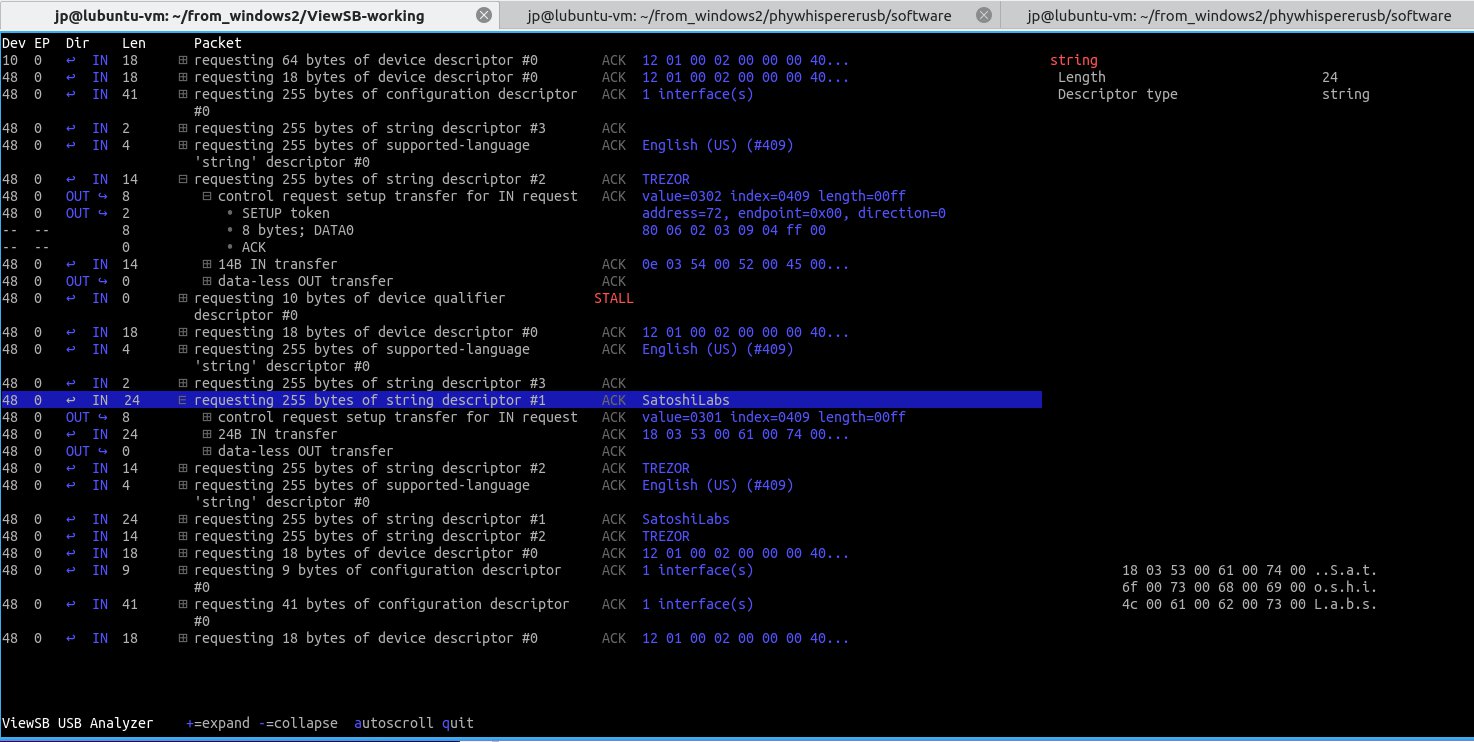 Here’s a recorded terminal session showing it in real-time. The delay before USB packets appear is because the script power-cycles the USB target in order to capture what it does when it powers up: https://asciinema.org/a/273078

So while PhyWhisperer isn’t primarily designed as a sniffing tool, ViewSB integration makes it pretty easy to see what’s going on and pick a good trigger point:

Just in case you are wondering - manufacturing is still ongoing. We don’t have any fun updates from that side as the boards are still at the contract manufacture. All parts needed were in-stock at the required quantity & the first batch (5 units) has been done. Those are en-route to us right now for a quick test before the full production run happens. We’re still on-track for delivery of the final boards early November. The next update will have more on that!