USB is the most common interface for computer peripherals (maybe you’ve heard of it?), which nowadays includes many USB-connected security devices such as Bitcoin Wallets, FIDO2 keys, and encrypted drives. Three of the biggest threats to these security devices are USB protocol errors (often found with fuzzing), side-channel power analysis, and fault injection. PhyWhisperer-USB targets those last two - it serves as a cycle-accurate triggering and monitoring tool. It watches the USB bus for specific data patterns, triggers an event (such as a fault injection or recording a power trace), and can also record USB data.

Because it’s also a hardware sniffer, PhyWhisperer-USB can watch the USB bus to monitor errors and other events that won’t make it into a software-only sniffer. It also generates a clock synchronized to the USB bus itself, giving perfect cycle-accurate timing and allowing very repeatable power measurements.

This is all wrapped up in a nice enclosed box you can chuck in your bag. It also connects nicely to other tools (ChipWhisperer, ChipSHOUTER, GreatFET, oscilloscope) to provide extended features all controlled by one Python script. 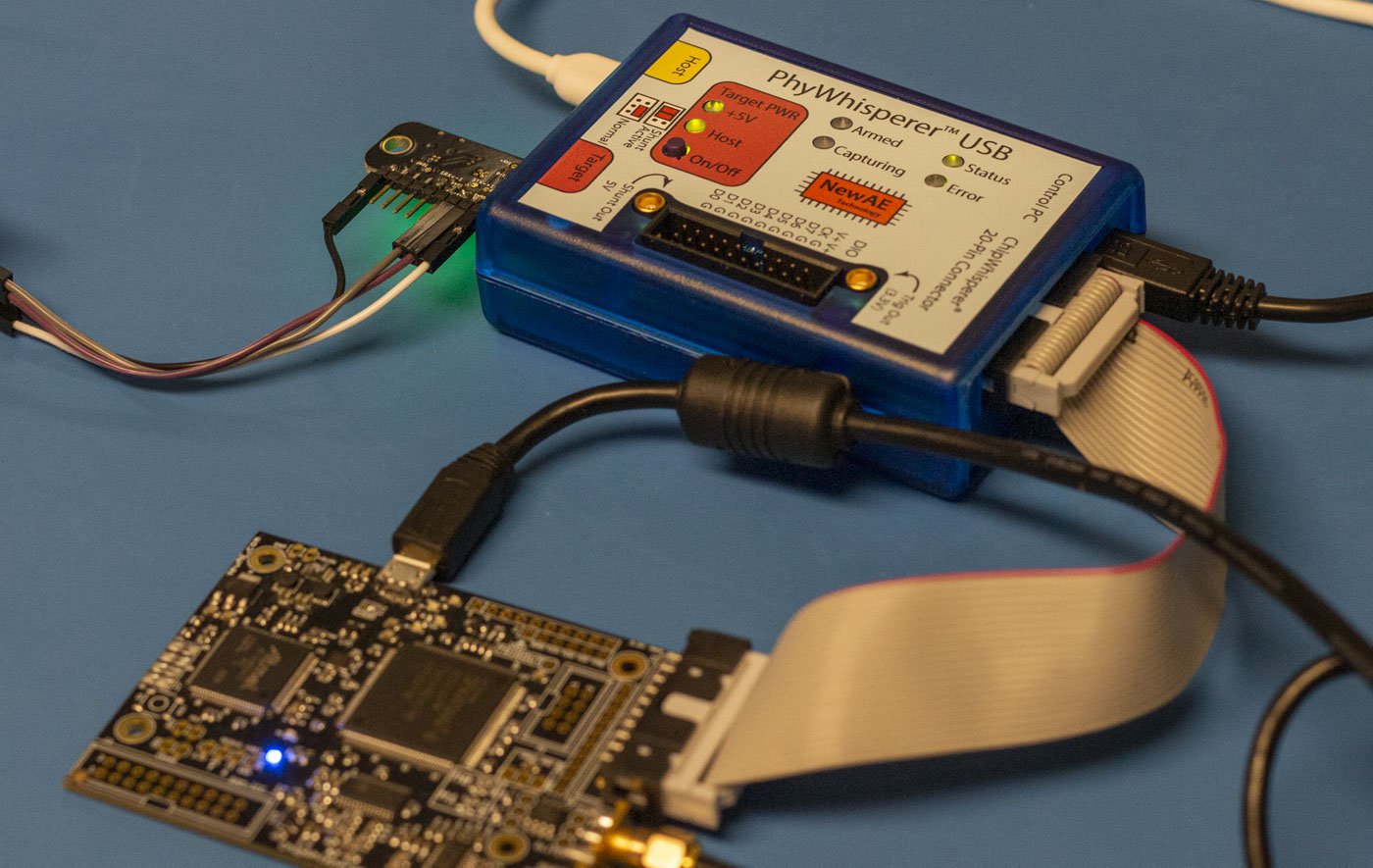 Power-users will love the fact it’s open source with spare FPGA room and a built-in programmer to reload the FPGA bitstream in a few seconds. It’s built by NewAE Technology Inc., who has experience delivering open source hardware tools for security analysis and has a reputation for professionalism and seriousness.

When you think of USB hacking, you might think of Kate Temkin attacking the Nintendo Switch via sending malformed USB packets (even see the CVE). That work has spun into a ton of great tools (see this talk by Kate Temkin and Mikaela Szekely), which we aren’t looking to replace.

PhyWhisperer-USB concentrates on hardware-level pattern matching for super-precise triggering. It’s something that only a handful of expensive commercial tools offer, and if you want to extend them with your own logic, you’re out of luck. But because PhyWhisperer-USB is open-source, you can freely add your own logic to the FPGA.

PhyWhisperer-USB can act as a hardware sniffer with the features you’d expect, like cycle-accurate timestamps on data packets and monitoring errors on the bus.

The one missing sniffing feature is a large amount of on-board memory to deal with ‘bursty’ data (think trying to sniff a USB video camera or USB thumb drive). But most people dealing with USB don’t care about that - most problems you debug with USB are during enumeration and configuration phase, which the PhyWhisperer-USB can easily keep up with.

PhyWhisperer-USB concentrates on the hardware and computer interface - to get GUI decoding you can use Wireshark (which supports USB decoding) to monitor the data, or perform some basic parsing using code such as in OpenVizsla. This project isn’t designed as a sniffer first (like OpenVizsla or Total Phase Beagle 480), so trade-offs are made to give you other features that fault injection and power analysis power users might need (like being able to power-cycle the target).

The PhyWhisperer-USB was developed as part of tooling that would have been useful for Colin O’Flynn’s EMFI attack on the Trezor Wallet.

This work was something Colin O’Flynn talked about at RECON. Colin later extended this to attacking a FIDO2 key and other USB stacks in general (see upcoming Black Hat talk, and upcoming WOOT paper). The PhyWhisperer-USB simplifies both recreating this work and validating other targets by providing a simple open-source reference platform.

Briefly - why does someone developing USB care about fault injection? Because your USB stack has all sorts of assumptions about correct processing. For example, this code defines how much data to send back — either the correct (guid.header.dwLength) amount, or the incorrect (*len which can request up to 64K) amount:

By performing "fault injection", we cause the microcontroller to take the wrong path. Performing fault injection needs some other tools to generate the fault - this can be something like a ChipWhisperer-Lite/Pro, a ChipSHOUTER, or your own DIY tools that can be as basic as a multiplexer IC (less than $5, see work by https://Chip.Fail).

Now, suddenly an attacker can read up to 64K from RAM/FLASH, which for many devices includes private keys or other data you shouldn’t have access to. Micah Scott was the first person to demonstrate this specific attack, where she dumped firmware from a tablet by performing fault injection during USB enumeration.

But the difficult part is getting the timing right. We want to hit the one instruction in that comparison without affecting anything else. PhyWhisperer-USB uses the actual USB data "over the wire" to give you perfect timing, with the ability to sweep the offset to search for the exact right timing.

One of the other cool things PhyWhisperer-USB does is allow you to can poke a device and see what happens. So if you are performing fault injection, it can be valuable to see if the device is resetting, returning invalid data, or something else. Because PhyWhisperer-USB is a hardware sniffer, it lets you see everything the device is doing. It’s another example of why this tool is purpose-built for this use-case.

Now side-channel power analysis is something else - we simply listen to what the device is doing. Devices take different power for different instructions or data, which it turns out can be used to break a lot of cryptographic implementations. This was used in 2013 to attack a YubiKey 2 (long since fixed on current versions of YubiKey), and more recently a Trezor implementation. Here’s a simple example of how easy it is to connect an oscilloscope to the SPA measurement port: 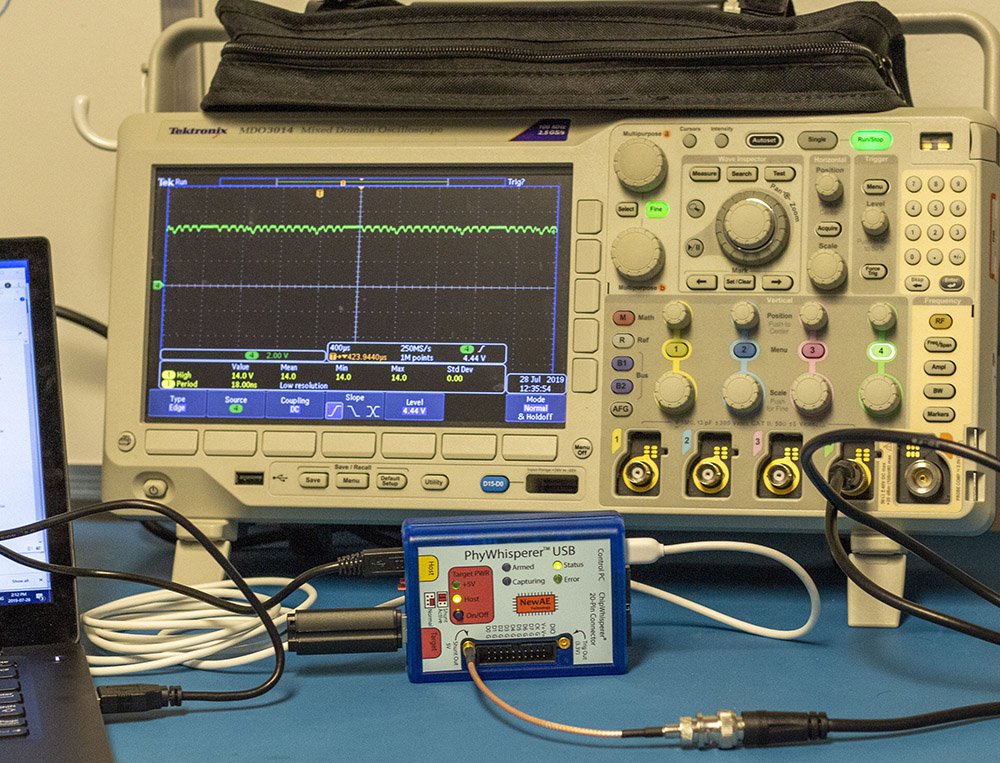 Getting the right timing is important to all of the above attacks. This consistent need to have "on-the-wire" triggering is what drove me to develop PhyWhisperer-USB and what makes it unique among USB analysis tools. 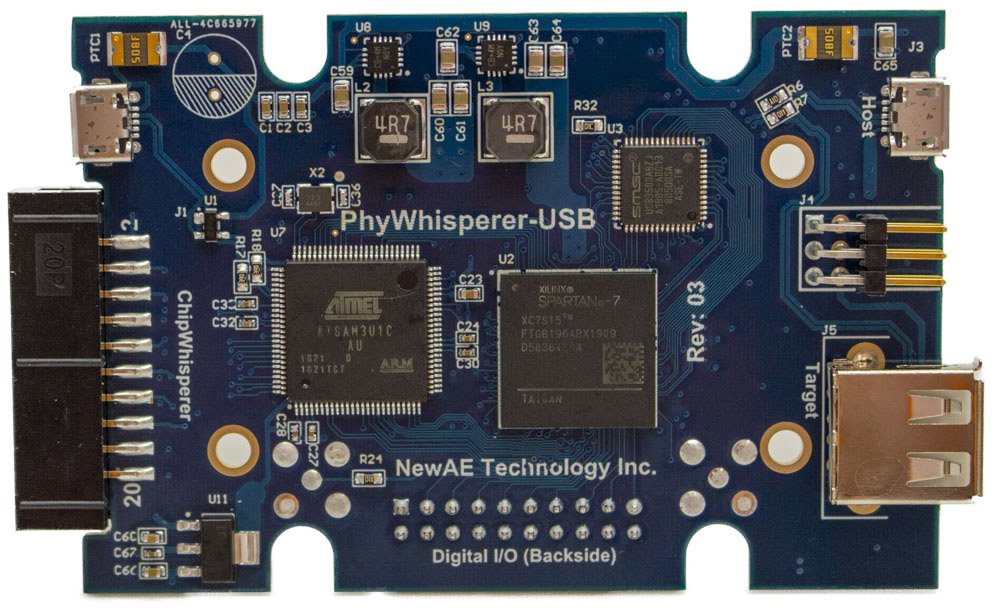 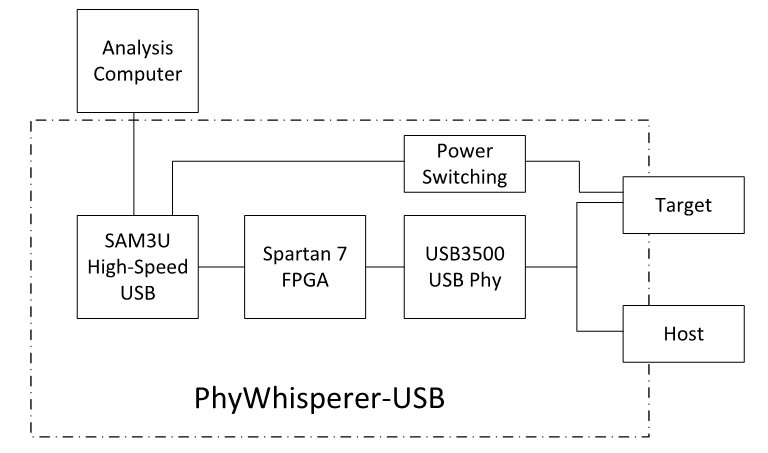 A Microchip USB3500 front-end provides a simple parallel interface to the Xilinx Spartan 7S15 FPGA. This allows the device to monitor the USB traffic in real-time and, in the future, could even allow the PhyWhisperer-USB to transmit USB traffic (including invalid packets). This device uses a Microchip ATSAM3U1C as the high-speed USB interface to the host PC. The use of the ATSAM3U1C provides more flexibility than an FTDI device, since you can run code on the microcontroller for other tasks.

The USB front-end has a number of jumpers to allow routing of power in various ways. By default you use it as a simple sniffer, but by adjusting some jumpers, you can insert a 5-ohm shunt resistor into the USB power line. This shunt resistor allows ‘simple power analysis’ to be performed on a device. The output of the shunt is routed to an MCX connector on the front-panel. 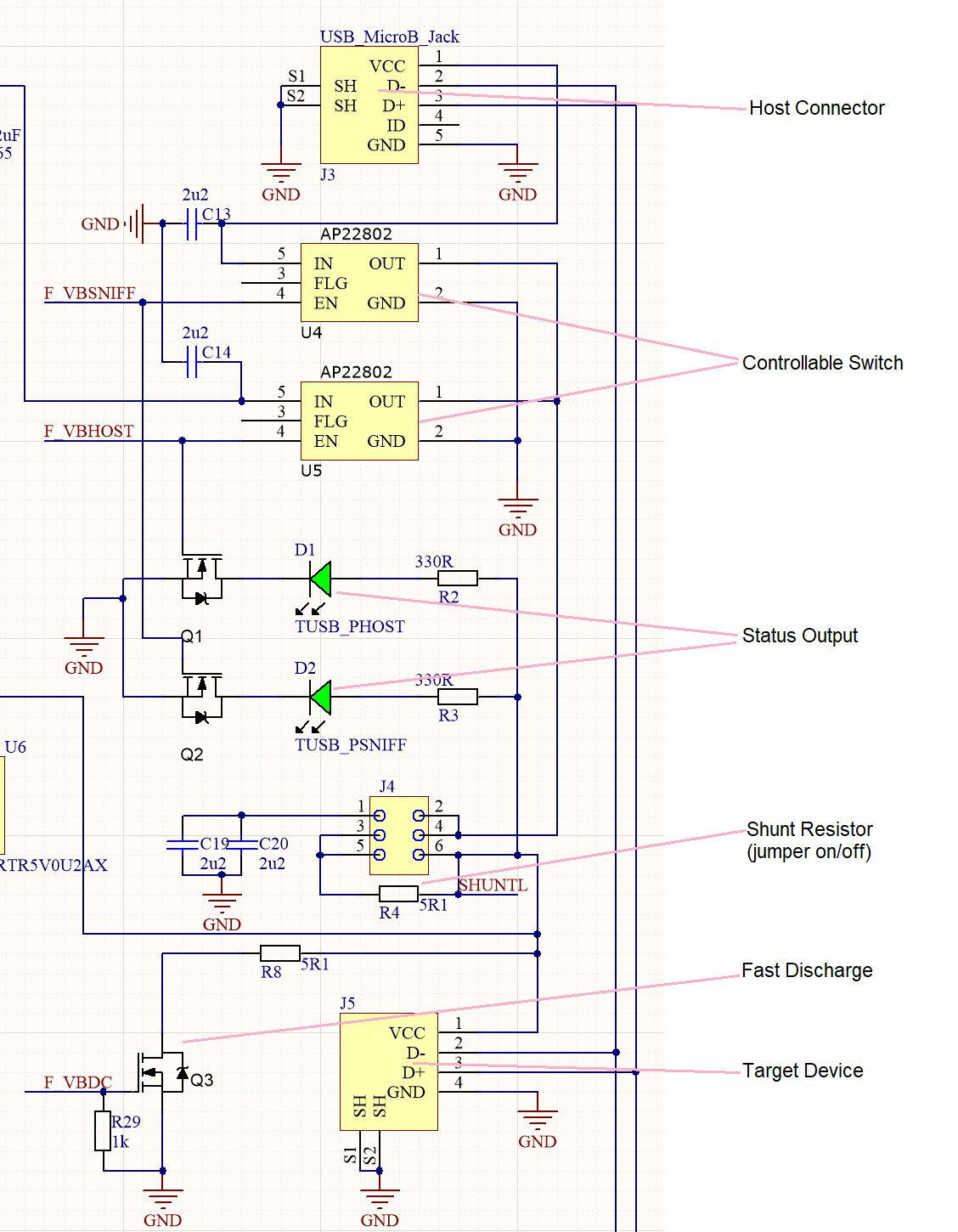 Source code is maintained at github.com/newaetech/phywhispererusb. This repo holds:

We maintain a support forum at https://forum.newae.com for all NewAE Technology Inc. products.

This table shows mostly commercially available tools. There are a few other open-source and upcoming tools you can compare to as well. Micah Scott’s FaceWhisperer is an open-source add-on for performing USB glitching, for example. It uses a microcontroller to orchestrate the attack. We’ve also included the upcoming Rhododendron neighbour for GreatFET, which adds hardware sniffing at one of the lowest costs.

¹: Python interface that can be extended with open-source viewers including Wireshark ²: Conversion based on missionliquor.com

If you’ve made it this far (or are maybe just skimming?), we want to highlight a few important notes from the above table, and general information about PhyWhisperer-USB:

PhyWhisperer-USB ships with a simple API that lets you quickly connect the device and get it running. It uses Python 2/3 and works in Windows/Mac/Linux - it’s the exact same USB interface we’re using in ChipWhisperer, so it has a lot of testing behind it. It also has good Windows support - meaning signed drivers that will work with Windows 10/64-bit no problem.

Reloading the FPGA (or SAM3U) Via Python

Good news! The FPGA & SAM3U firmwares are both open-source. But more than that, the programmers for both are built in. In fact, the PhyWhisperer-USB reloads the FPGA firmware from the computer when connecting, and it takes less than 2 seconds to reconfigure the FPGA. The FPGA is configured from the Python API. The SAM3U has a ROM bootloader so it’s almost unbrickable, and you can reprogram it from the same Python API.

Both of these also have debug headers mounted on the board, in case you need to connect up JTAG.

We have extensive experience delivering hardware tooling. This product will have its circuit assembly built by an outside vendor and final testing/assembly done in-house. Our QA Manager who oversaw the ChipWhisperer-Lite will be tightly integrated with this project. In addition we’ve since added an Assistant (to the) QA Manager, Bergen, who is necessary due to the number of other ongoing projects we will be delivering. 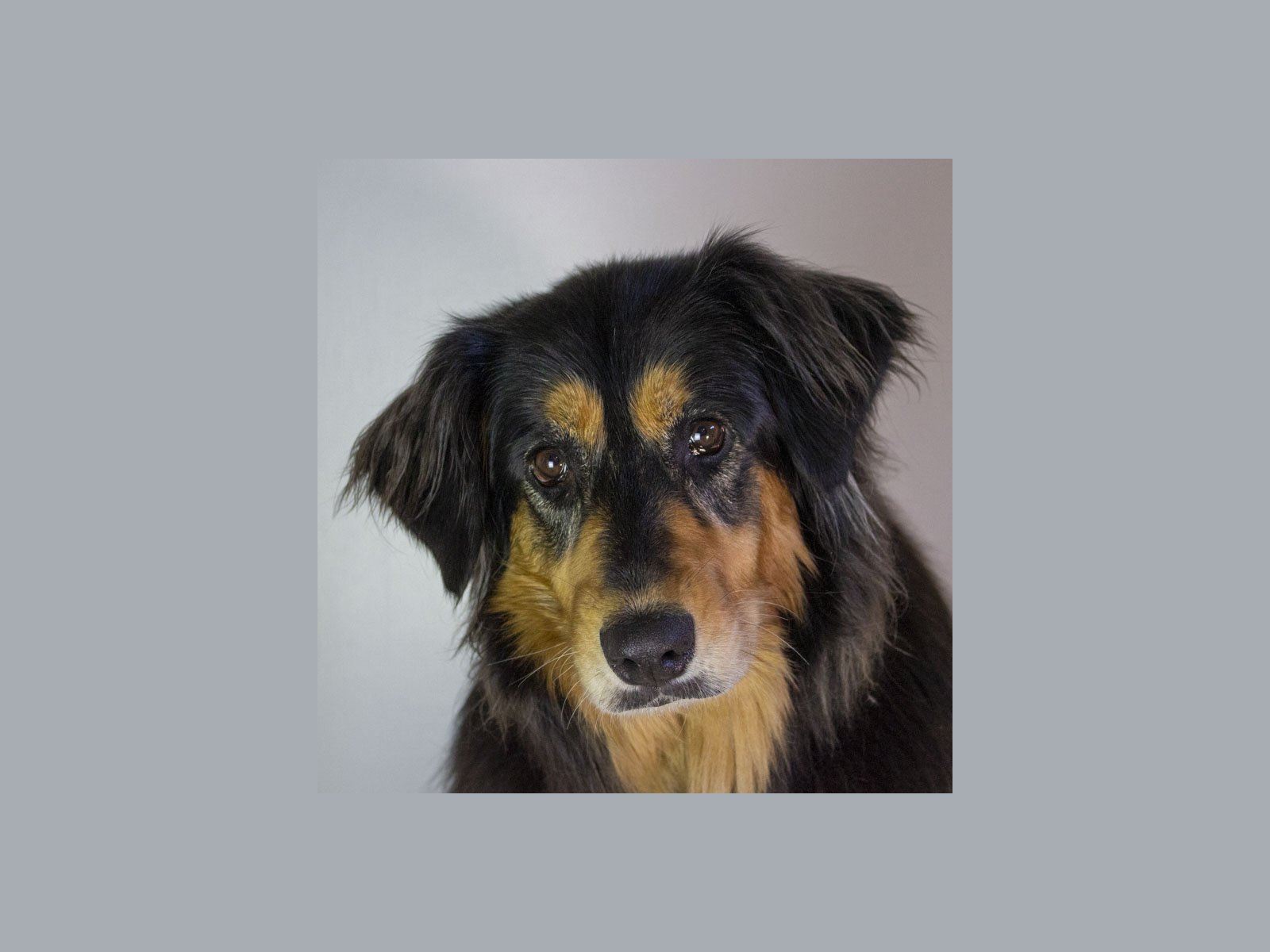 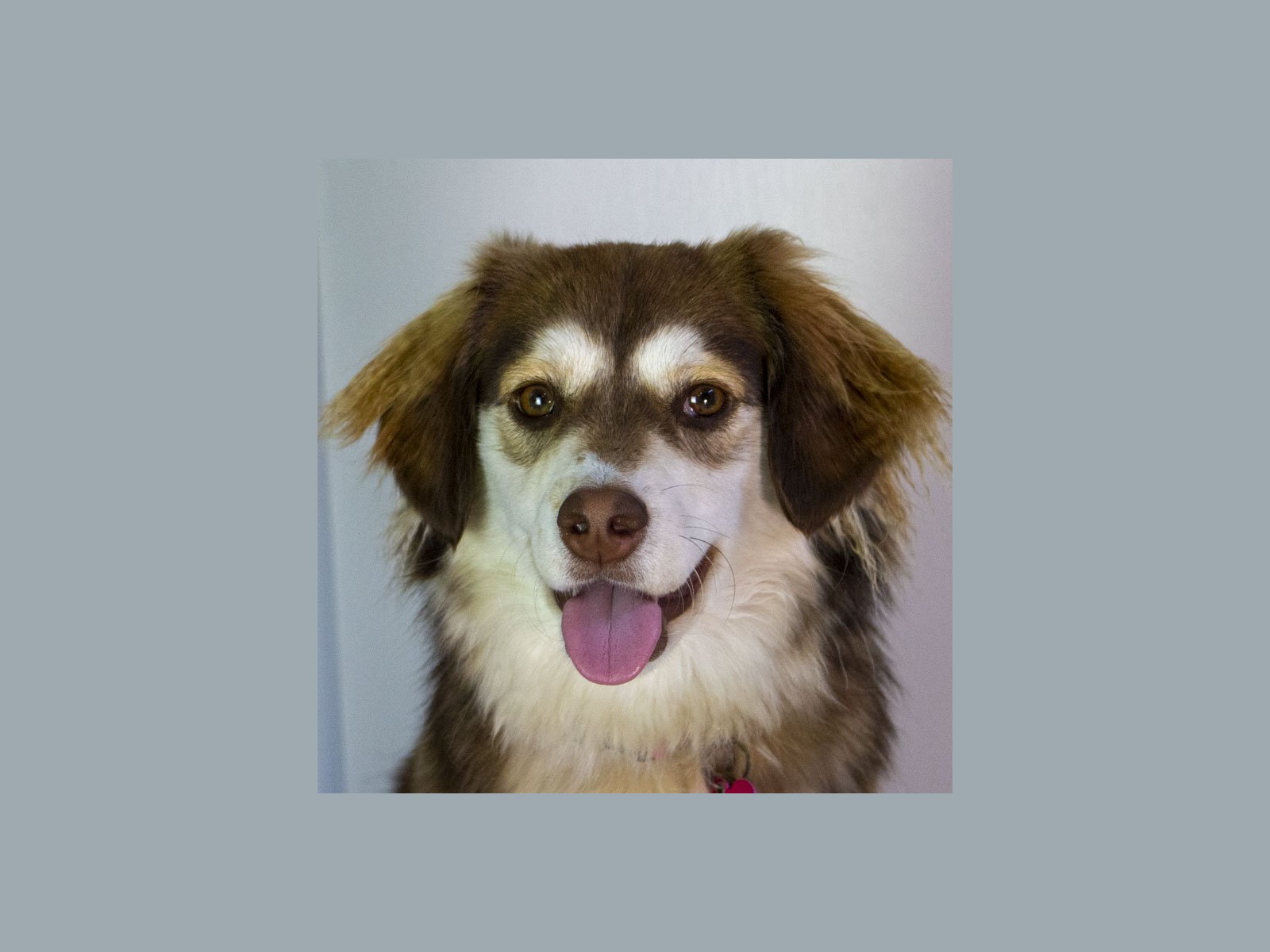 Luna, our QA Manager - and Bergen, Assistant (to the) QA Manager. 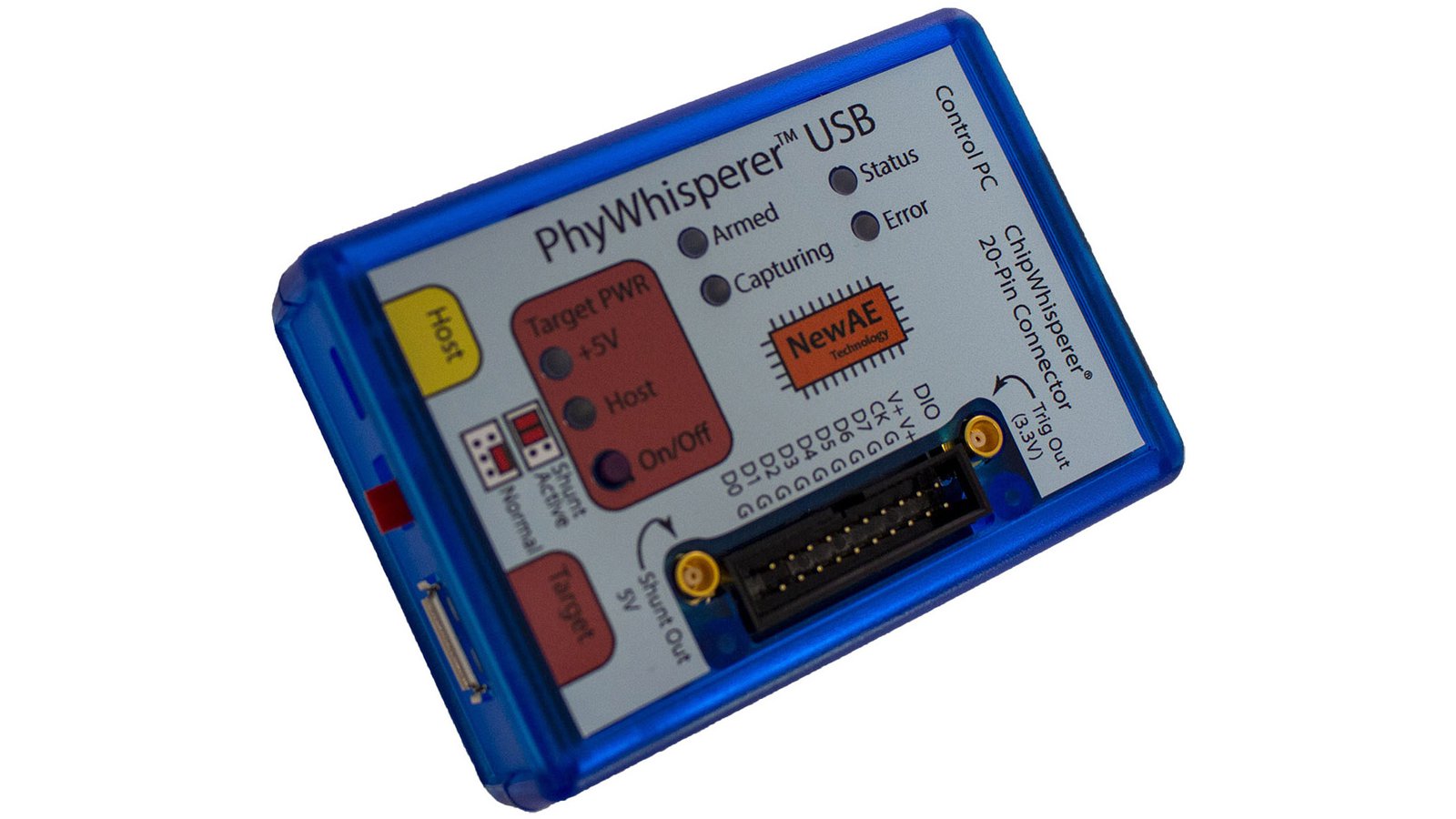 A PhyWhisperer-USB in enclosure, MCX to SMA cable, MCX to BNC cable, and 2x micro-USB cables.

NewAE developed the ChipWhisperer, the first open-source tool for side-channel power analysis and fault injection. They have shipped over 2000 of their low-cost boards & now offer a wide range of products to help embedded designers evaluate and develop embedded hardware security solutions. 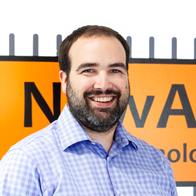 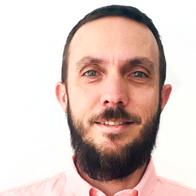 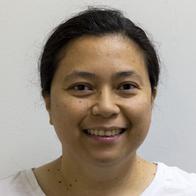 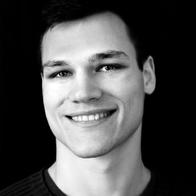 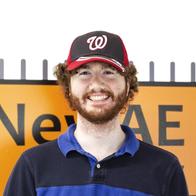 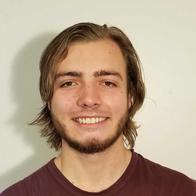 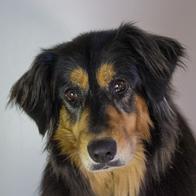 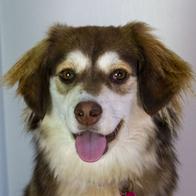 Assistant (to the) QA Manager 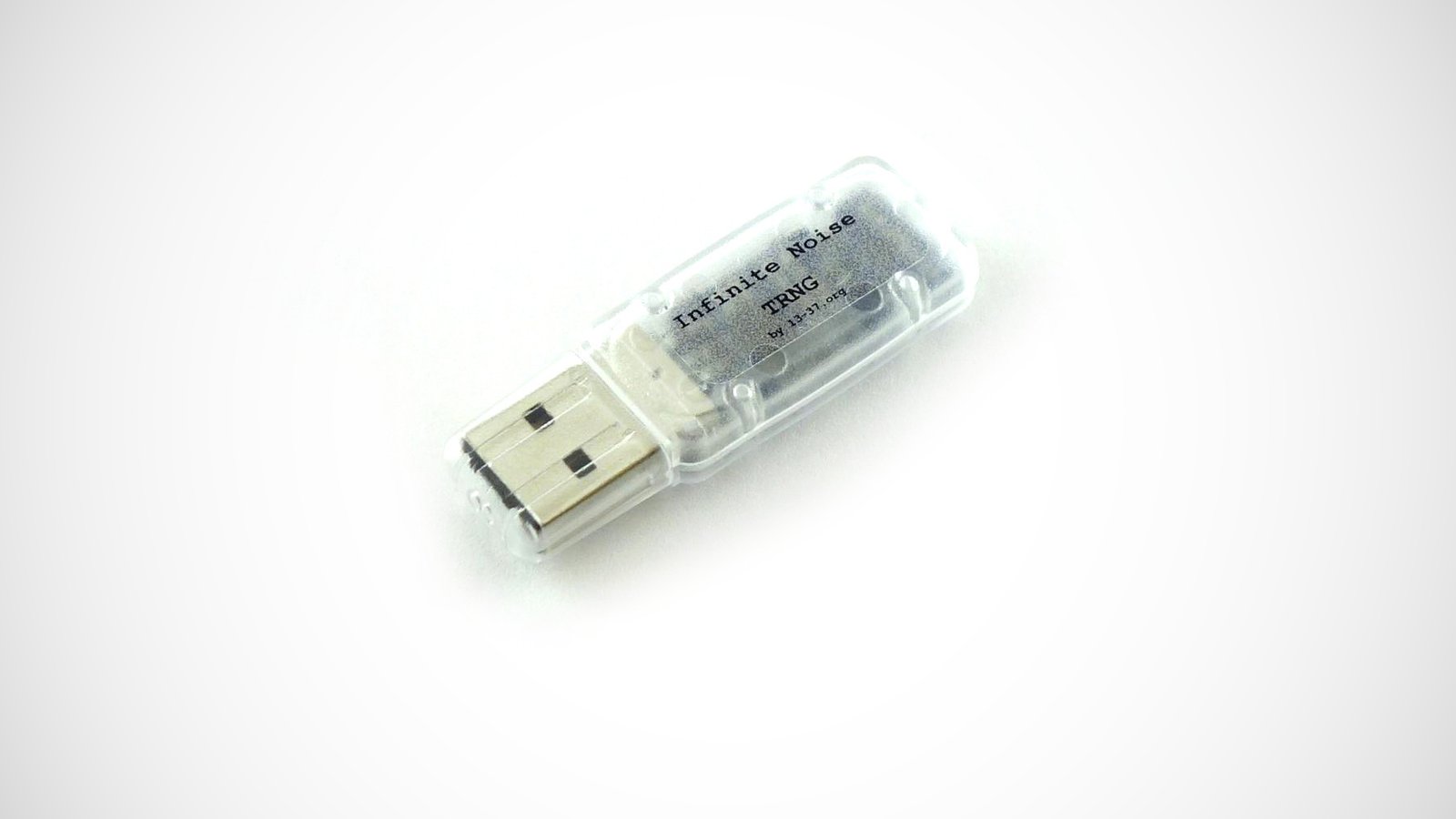 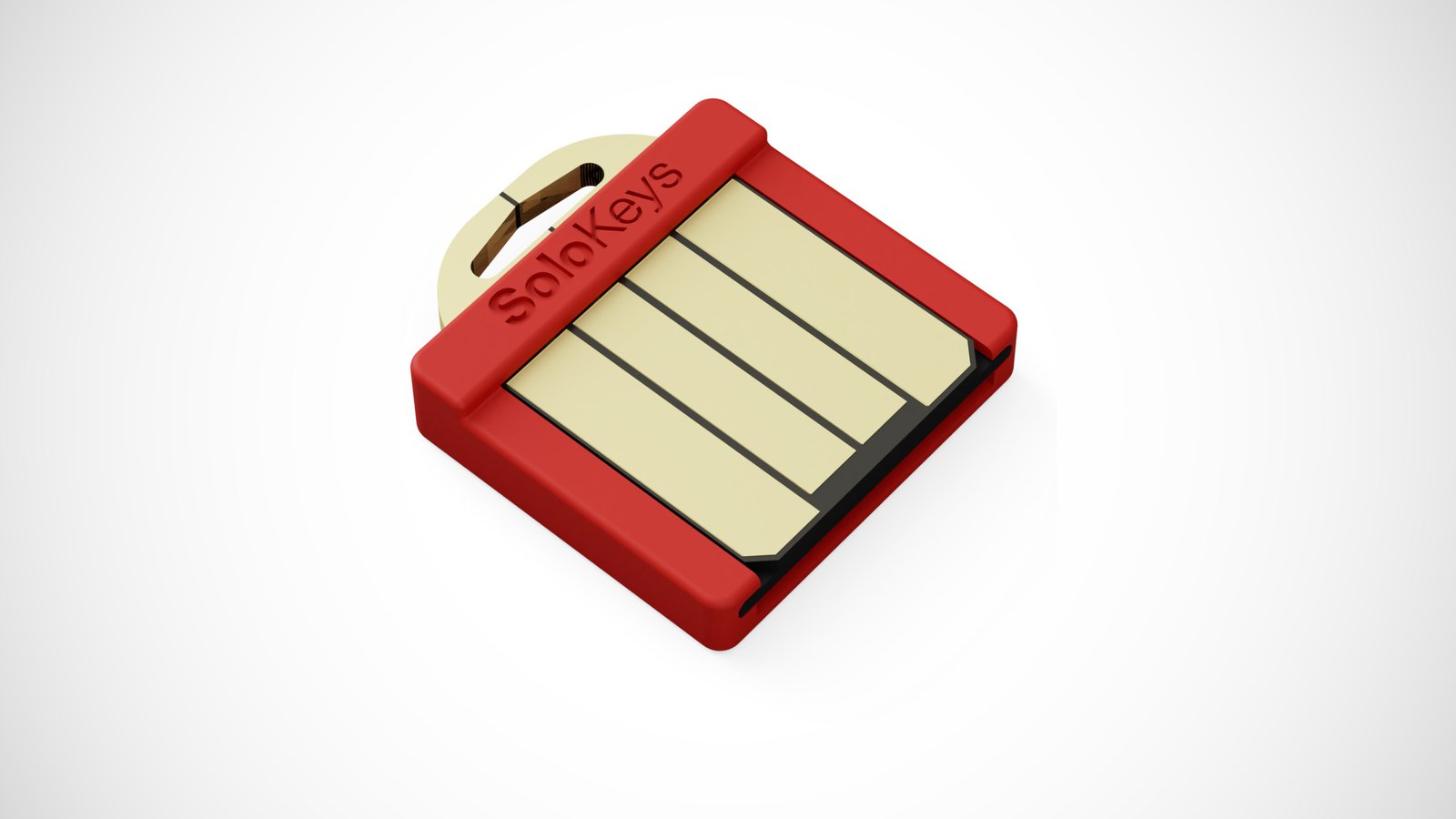