Blue Boards Shipping (Check Your Address!), Green Boards Delayed, and Other News of the Watch

Hey y’all! It’s been a minute, I know. The weeks have been full of activity: filling out the paperwork and purchasing of all the parts for the big run of Sensor Watch boards, as well as the final sprint to get those first 89 Limited Edition boards out to backers. That included things like assembling and testing the 89 temperature sensor boards, flashing the final version of the Movement firmware, and so much printing and packing.

As of today though, I’m thrilled to share that those first 89 boards are on the way to Mouser! Once they’re received there tomorrow, it’ll be another two to three weeks before they ship out to the Limited Edition backers. If you backed Sensor Watch at the Limited Edition level, now would be a good time to double check your shipping address to make sure it goes to the right place. You can check your order details in your Crowd Supply Account or contact Crowd Supply Support, if needed. 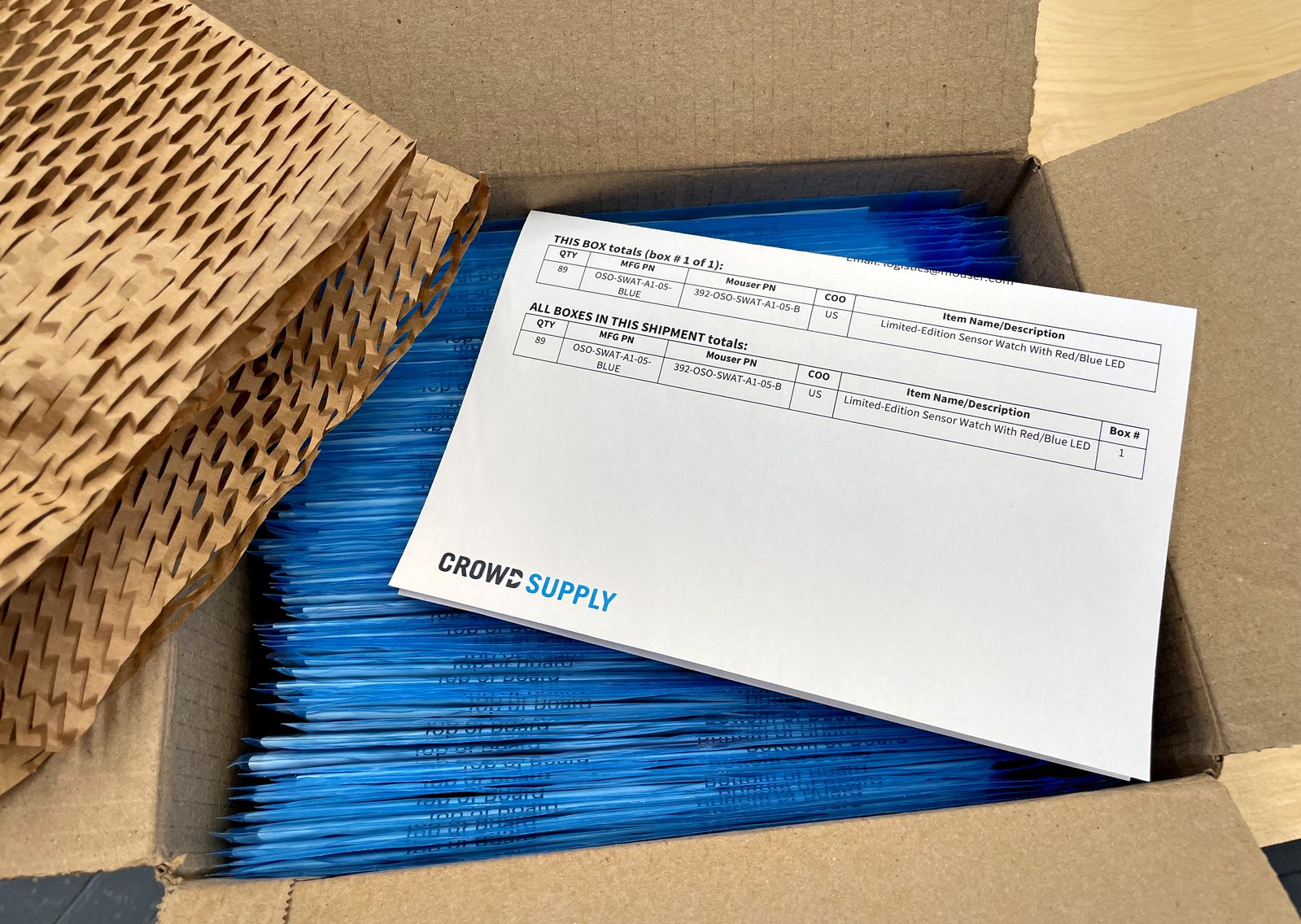 Now, the bad news: almost the moment the campaign ended, the ship date for our microcontroller, the SAM L22, slipped from June of 2022 to March of 2023. This is tough, and it’s something that we feared enough that we put it front and center in the “Risks & Challenges” section of the campaign. Sensor Watch was designed around the unique capabilities of the SAM L22 microcontroller, and the unfortunate fact is there’s no drop-in alternative for it at this point.

We originally estimated a September delivery date for Sensor Watch. That was based on having all parts on hand by the end of June, and manufacturing and fulfilling this summer. If we can’t get chips until March of next year — and current estimates are late March — it’s unlikely that we’ll be able to ship Sensor Watch boards to backers until May of 2023 at the earliest.

This is not the news I had hoped to share today. I did everything in my power to try to find a way around it, including reaching out to the chipmaker directly (to see if they might have some squirreled away). The sad reality is that the chips don’t exist right now, and we’re waiting in line for ours to be made just like everyone else. Still, I hope you’ll stick with us as we do our best to make these boards as soon as humanly possible.

Despite the snag we’ve hit in sourcing our microcontrollers, exciting things are happening with Sensor Watch! On Wednesday at TU Delft, Sensor Watch was front and center at a workshop on building minimal physical interfaces: 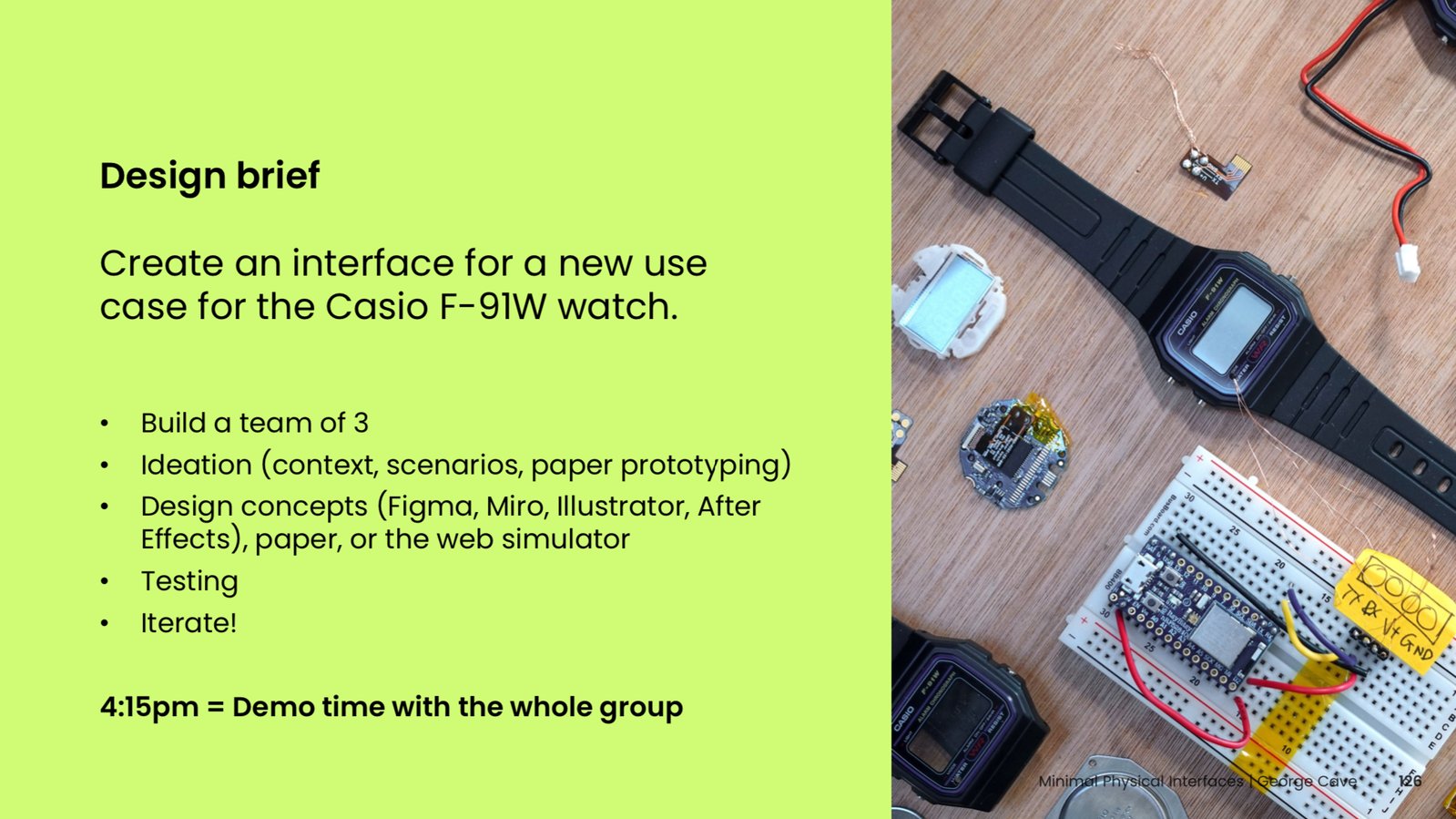 I worked with George Cave (Interaction Magic) to fit three Sensor Watch prototypes with a UART accessory board, which allowed them to be controlled over Bluetooth. Over the course of the day, students imagined new use cases for the humble Casio wristwatch, and used Sensor Watch to prototype them on the wrist!

George also designed a Casio Watch Prototyper that allows you to mock up interactions and play with them right in your browser. This is different from the Sensor Watch Emulator, which runs code as it would run on the watch. Instead, the Prototyper allows you to draw and animate screens of content to create an app purely from imagination. It’s an incredibly fun tool, and it’s helped me to think through watch faces that I want to build for Sensor Watch in the future!

Speaking of the emulator: even without hardware in hand, folks have been using the Sensor Watch Emulator to get a head start on building the software that they want to wear. There’s one Sensor Watch app in particular, by Taylor Ertrachter, that I absolutely had to mention in this update: Wordle for the Sensor Watch! 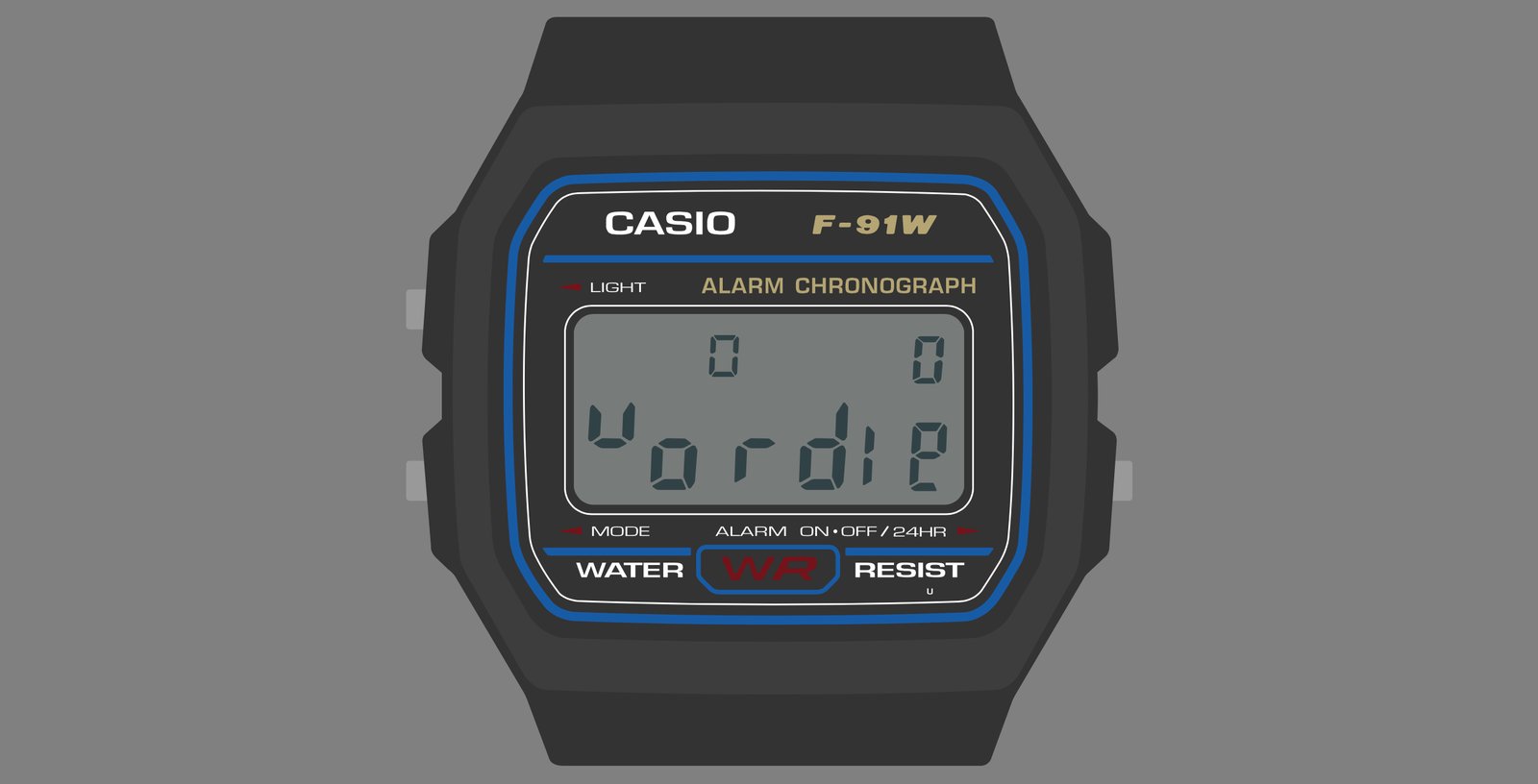 The UX for this is absolutely brilliant. You make your guess, and the wrong letters vanish. Of the letters that remain, flashing letters (like yellow letters in Wordle) are present in the word but not in the right place. Solid letters (like green letters) are correct and locked into place. The limited segments in the bottom row do somewhat limit the five-letter words that are available for guessing; still I’m just blown away by Taylor’s creativity in building this! One of the things that most excited me about Sensor Watch was the idea that folks would come up with things I never considered. Wordle on the watch fits squarely in that camp.

Finally, one last note on those 89 Limited Edition boards. While Sensor Watch is designed for you to program it with whatever software you want, I figured it would be nice for it to ship with some useful software preinstalled. That software is Movement, the community firmware for Sensor Watch, and last week I finished a build of Movement for the first 89 Sensor Watch boards. It includes some useful functionality, including a World Clock, a Sunrise/Sunset complication, another for Moon Phase and a watch face that displays the temperature. You can test out that firmware right now on the Sensor Watch Emulator. The page also includes an HTML version of the printed instructions that come with the boards. I imagine that by the time the green Sensor Watch boards are done, Movement will have changed and matured, but this build reflects the state of the project right now.

Thanks so much for your support, and I’m sorry if today’s news disappoints many of you. I desperately want to get these Sensor Watch boards built and in your hands as soon as I can, and I’ll update y’all immediately if there’s any motion on the ship date for the chips we need to make that happen.