The Onion Tau Camera is a 3D depth camera. Think of it like a regular webcam, except it produces 3D depth data instead of color frames. It’s USB-based, plug-and-play, and requires no additional computation to start producing depth data. 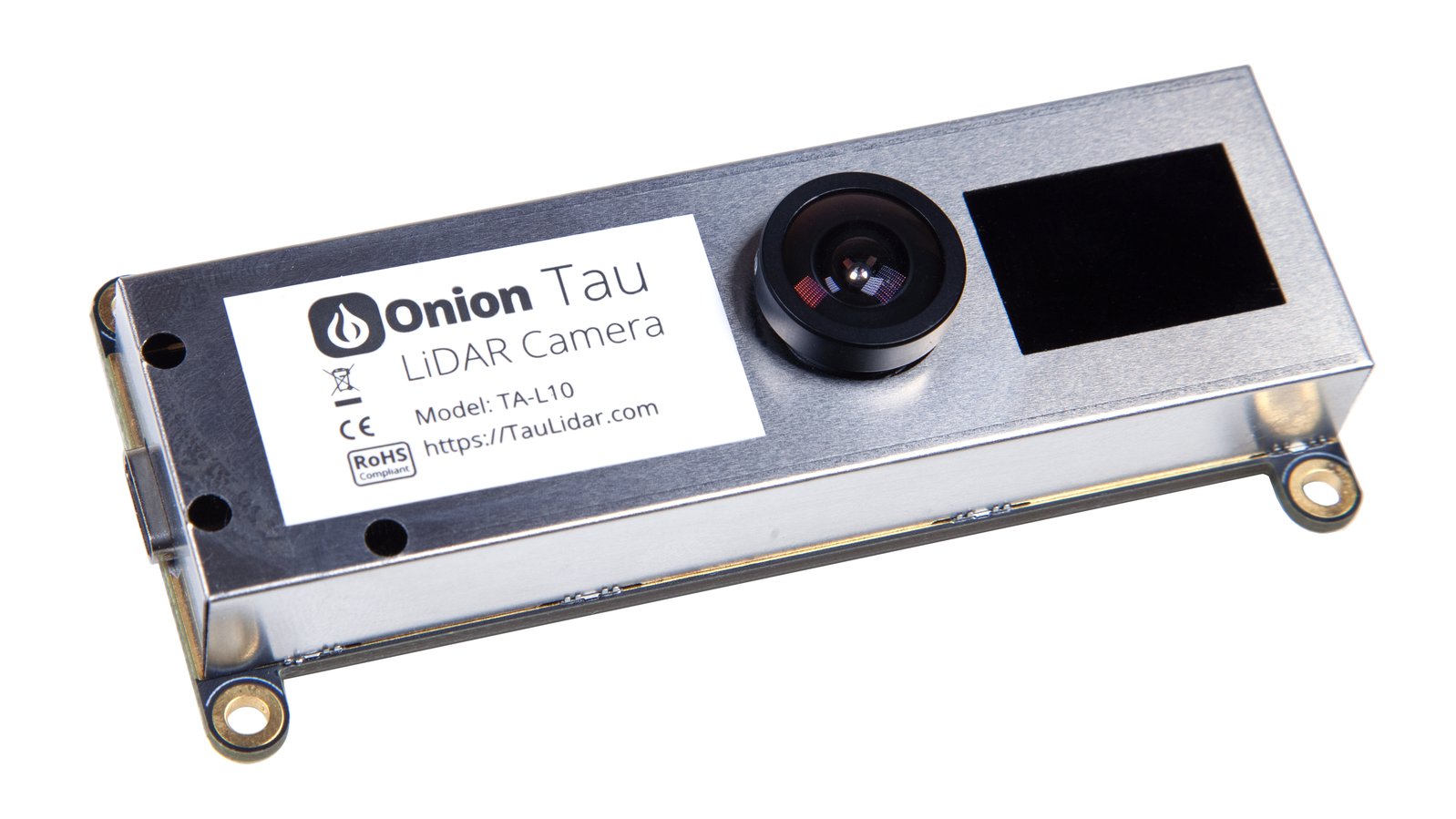 The Tau is as easy to use as a regular webcam. Simply plug it into your computer with a USB cable and it will start sending data right away. The key difference is that frames from the Tau camera include depth measurements.

The Getting Started Guide has clear instructions on first time setup and troubleshooting.

The Tau Camera outputs 160 x 60 pixels of depth data in real-time along with a greyscale image of the scene. The range for depth sensing is 0.1 m to 4.5 m. The depth data can be visualized in 3D or 2D for use by humans, or it can be used as input for a program or algorithm.

Frames from the Tau camera can be realized in multiple ways:

You can interact with the data coming from your Tau Camera in two ways: through the Tau Studio Web App or through the Python API. Both the web app and the API are open source, so these programs can be used as jumping-off points for your own work/applications.

We’re committed to providing open source software because we believe it’s the best method to continuously improve this software. We value our Onion community and your feedback has always been instrumental in advancing and improving our software offerings!

The Tau comes bundled with a web-based application to visualize the camera output in real-time on a computer: the Tau Studio Web App. Our Tau Studio App takes the realtime depth data coming from the Tau Camera and visualizes it as a greyscale image, a depth map, and a 3D point cloud the user can manipulate - pan, rotate, and zoom. The Tau Studio is based on a Python program and a web app built with HTML and javascript.

It’s easy to use the Tau Studio Web App to view and manipulate data.

You can also use the Tau Camera Python library to create your own applications with depth data from the camera. The library provides an easy-to-use API to configure the camera and capture depth data, and is compatible with OpenCV. The API is 100% open source, has rich documentation, and comes with example programs you can work with right out of the gate.

Hand Gestures: Screen-recording of the output of one of the example programs in the TauLiDARCamera Python library.

The library source code and examples are available on GitHub and documentation is hosted on ReadTheDocs. The above screen capture is the output of the example distance.py program included in the GitHub repo. Visit the repo for more examples and information. 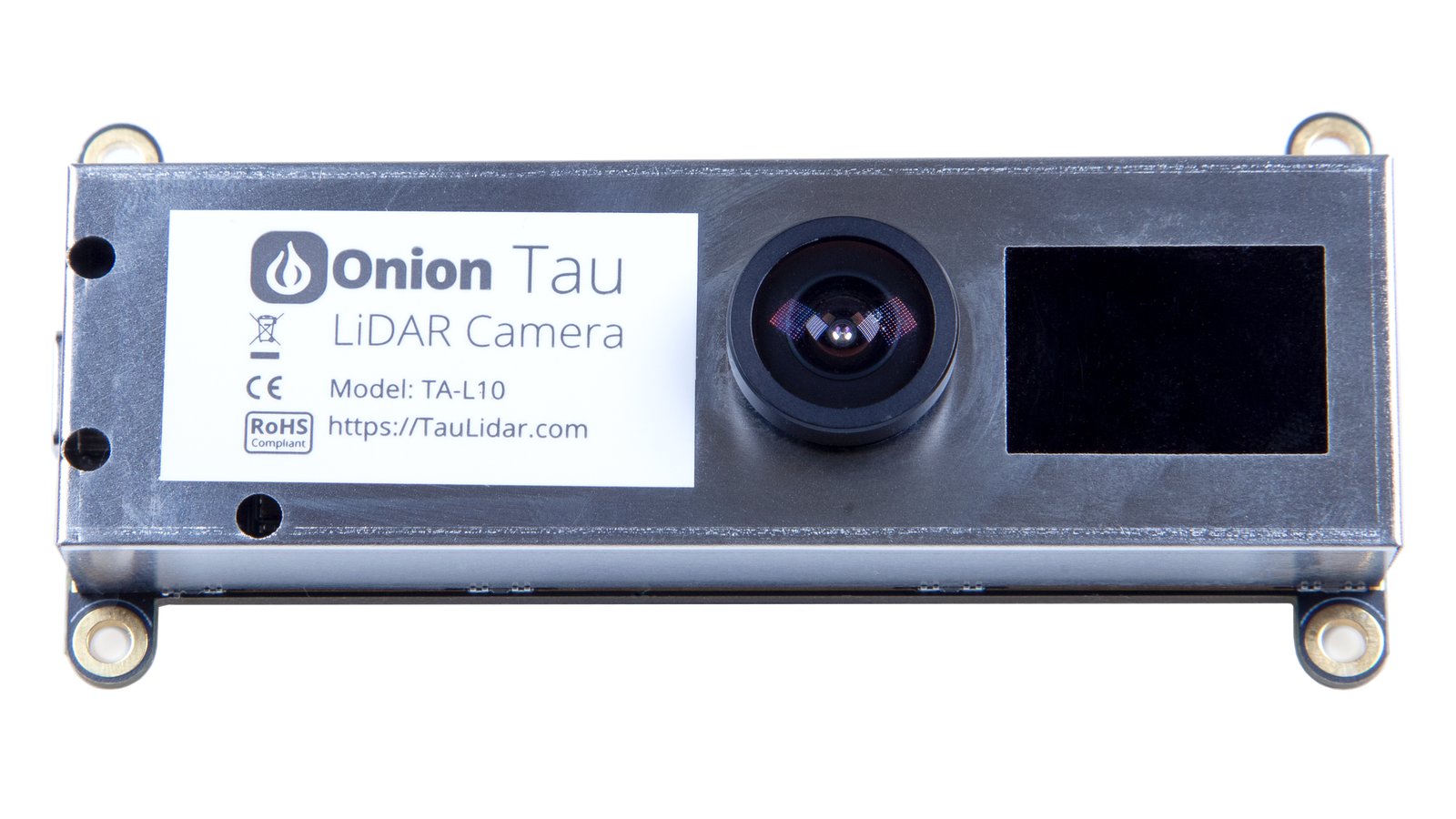 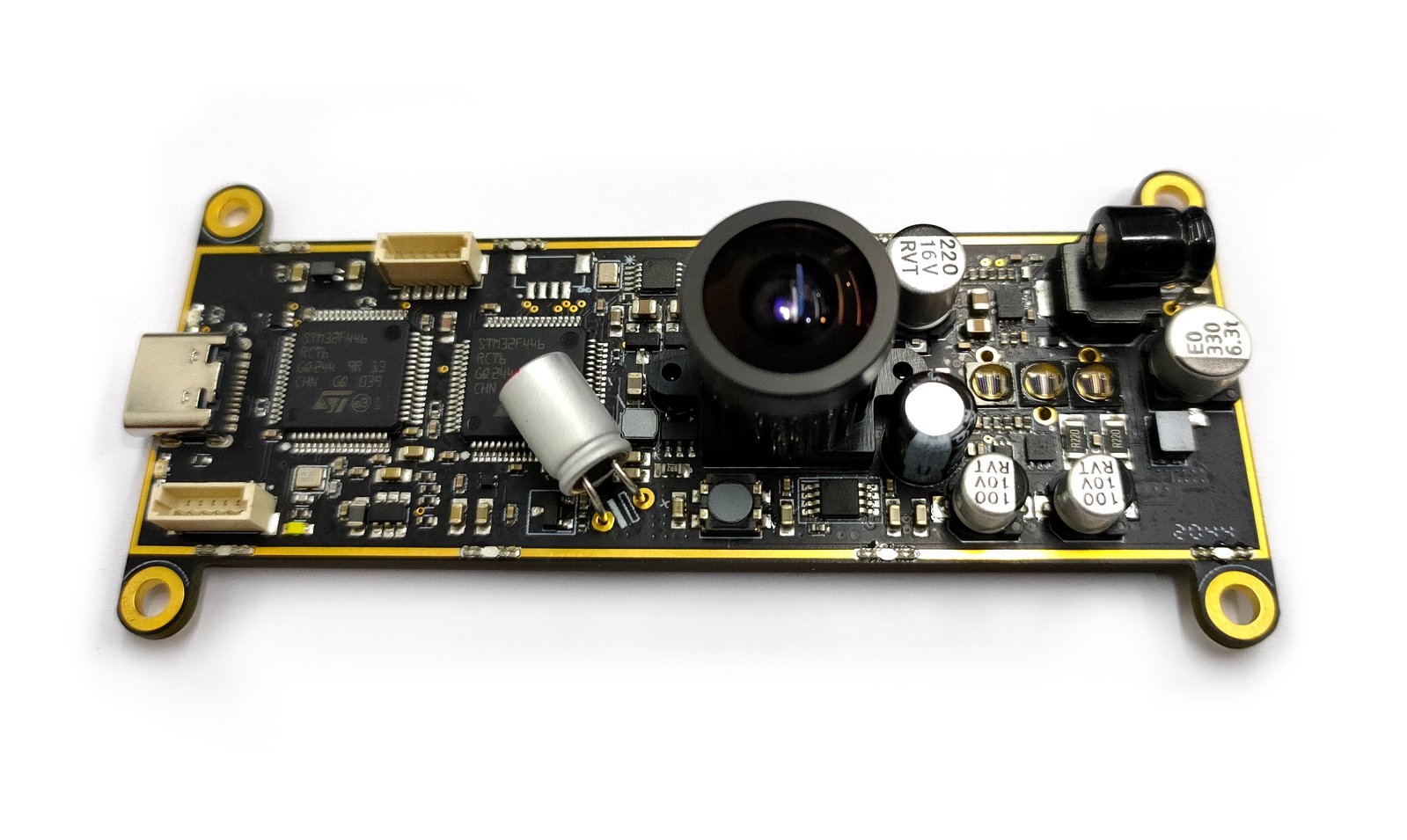 The Tau Camera isn’t affected by the level or amount of light in a scene. It can be used in complete darkness or direct sunlight.

Here’s how the scene above actually looks: 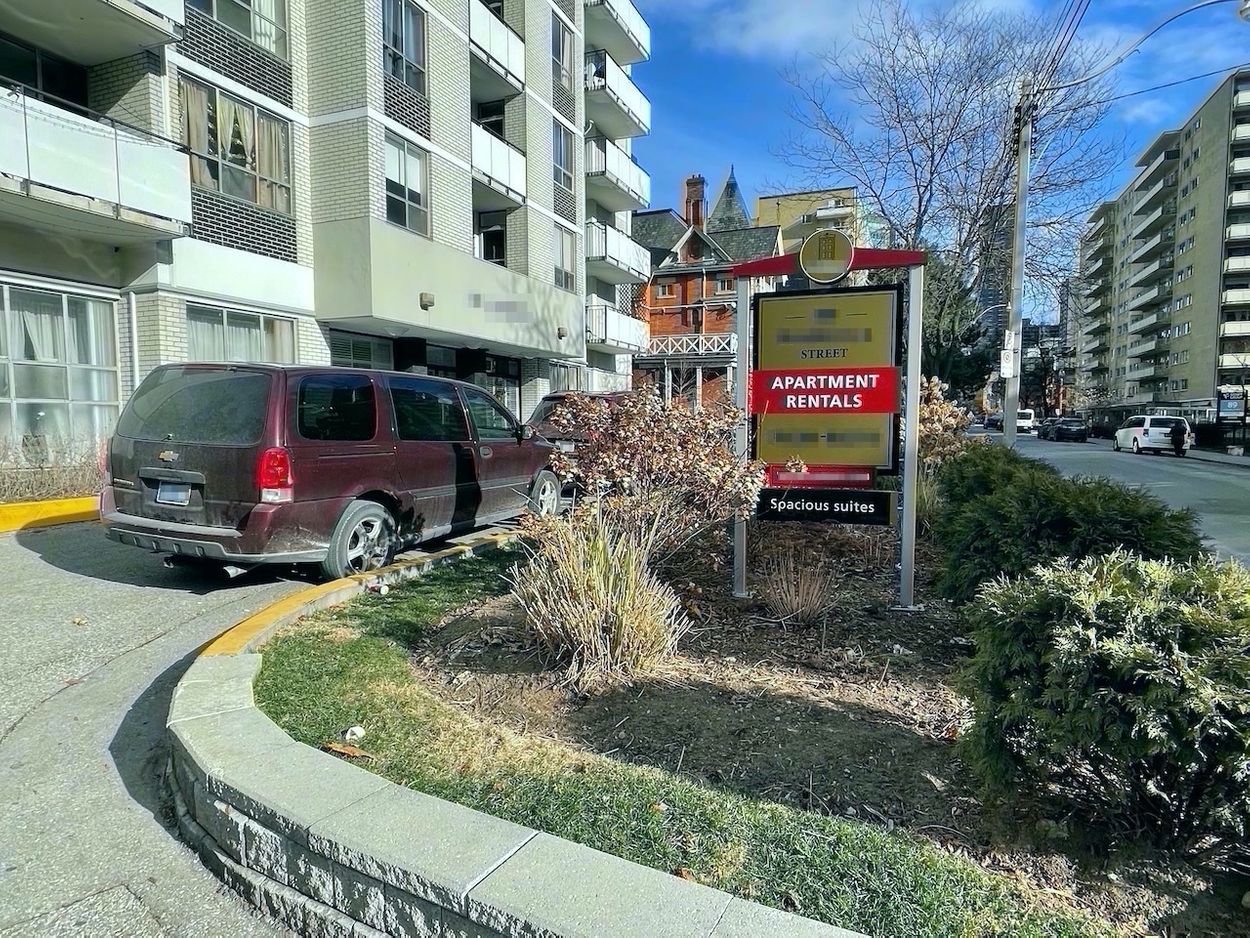 Why continue listing the features of what the Onion Tau Camera can do, when we can show you! Here are some more demos of the camera in action: 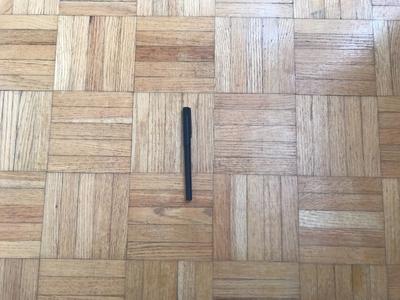 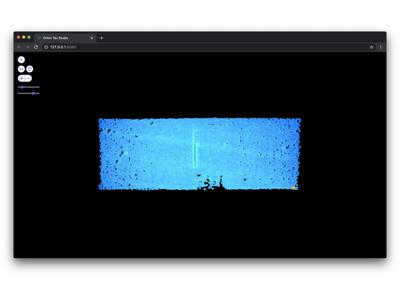 Panning Around a Room:

Use Cases and Applications

The 3D depth data produced by the Tau LiDAR Camera is ideal for anything from environment mapping (like SLAM), to enabling augmented reality with accurate distance measurements of real-world spaces. There is also a wide variety of computer vision applications (like presence or object detection, use in automation systems or robots, among others).

Using the Tau Studio web app, you can easily see the depth data from the Tau Camera rendered on your computer. This combination of easy-to-use hardware and software provides a great starting point for you to explore 3D depth mapping and its possibilities.

When you’re ready to start building your own custom applications with depth data from the Tau Camera, our OpenCV-compatible Python API has your back and you can use it for use cases like:

In this example, the Tau Camera is counting the number of people coming in and going out of a space:

Incorporate the Tau Camera with Other Hardware

The Tau Camera has applications and potential beyond just collecting depth data. It can be paired with other types of hardware to create exciting new projects.

For example, it can be combined with an IMU sensor for SLAM-style environment mapping. Are you interested in augmented reality? Use the Tau camera with an RGB camera to create accurate AR scenes. New iPhones are already using this technique - by using RGB and LiDAR cameras in tandem, you can create super accurate AR.

The Tau Camera comes with four mounting holes, so it’s easy to incorporate into other projects. 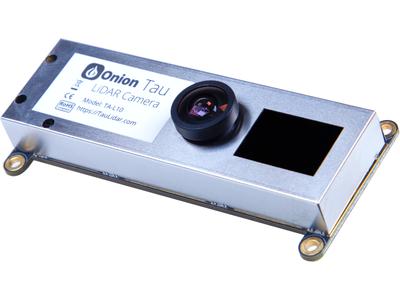 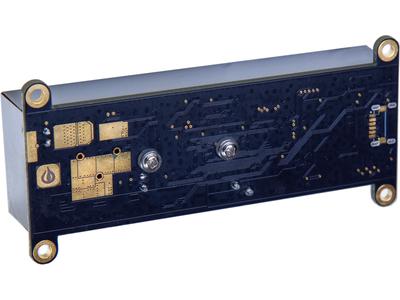 The Tau is the next step beyond single-point depth or one-dimensional scanner solutions. We designed it to be affordable without compromising on functionality. Let’s see how the Tau compares to other available 3D depth-mapping devices:

The existing Onion community has been years in the making and is thousands strong. The Onion community has contributed an enormous amount of examples, use cases, demos, questions, answers, and tutorials around the Omega2 product family. We’re excited to expand our documentation to support LiDAR projects and the Tau Camera device. 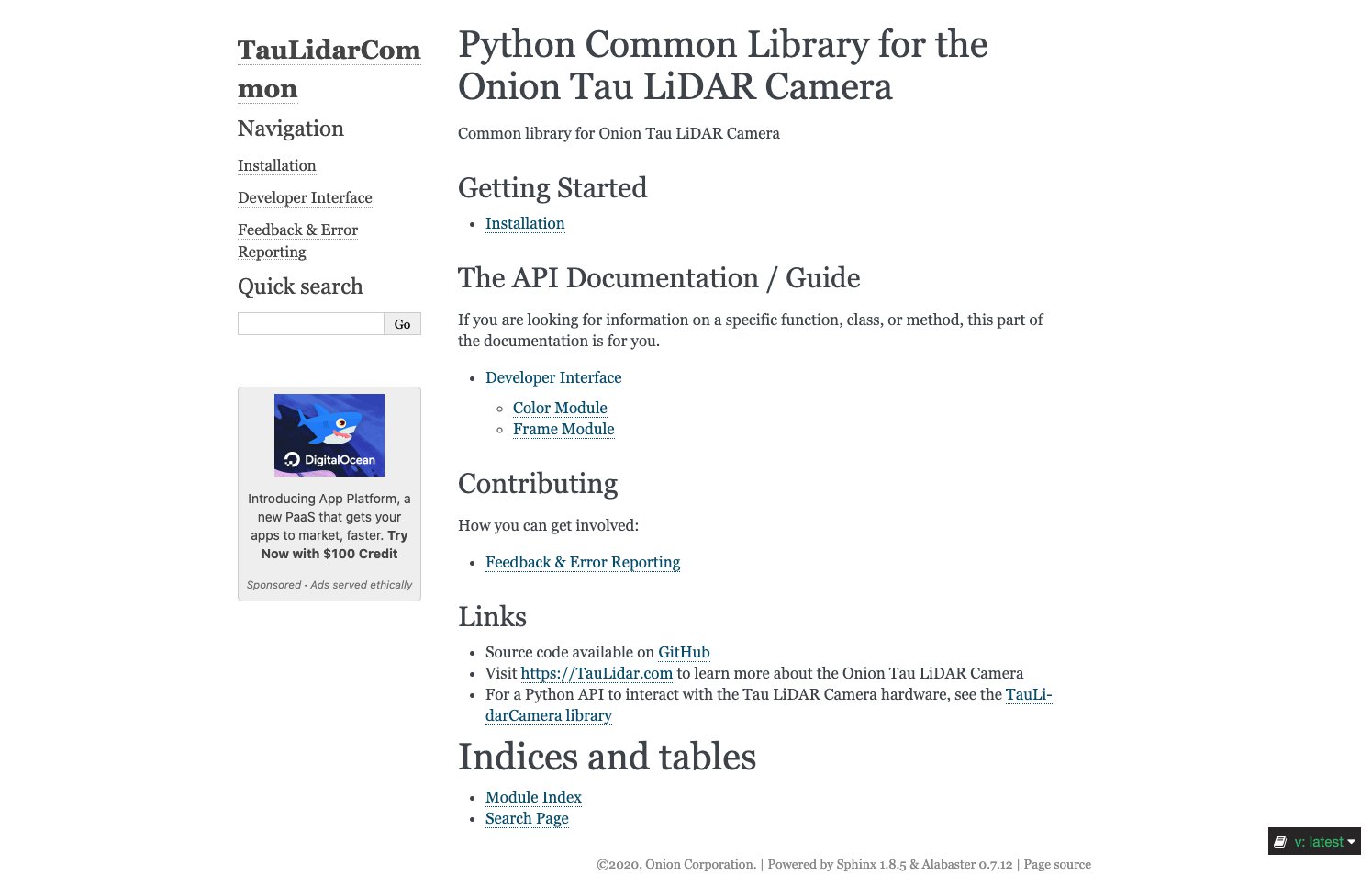 Project Evolution: From Kit to Camera

We have noticed a rise in the popularity of LiDAR/ToF devices among our audience and hobbyists in general. Last year, we offering an experimental Omega2 LiDAR Kit that paired an Omega2+ with an off-the-shelf LiDAR scanner. It was a big success, so we started thinking on how we could work with LiDAR even further. 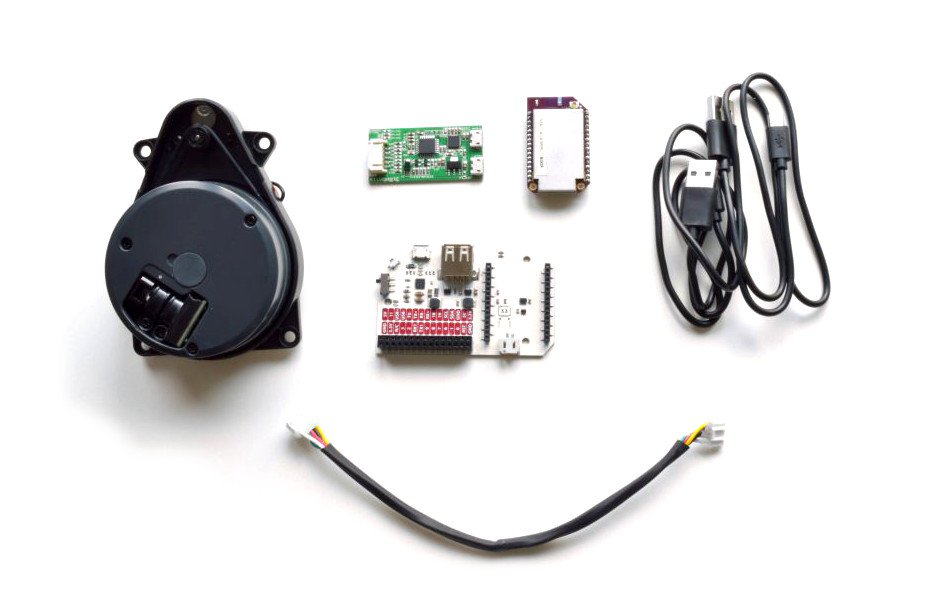 We’ve completed three rounds of design iterations and prototypes; the first was to validate the concept and general functionality, the second was an effort to cost-down the device, and we’ve just wrapping up the last round of validation on our third prototype. We’re really happy with this final design, the cameras are working as expected and producing accurate depth data. 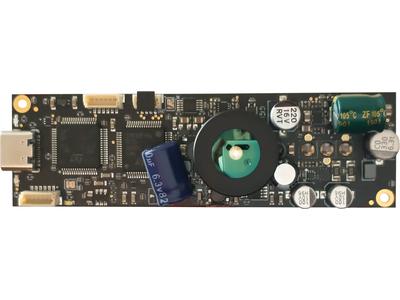 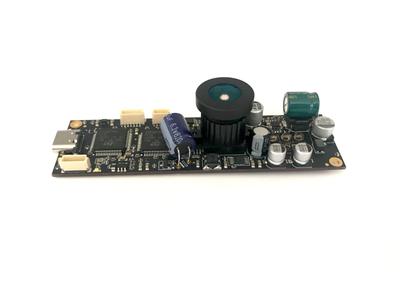 These are early prototypes of the Onion Tau Camera. You’ll notice the design has changed quite a bit since then!

The Onion Tau LiDAR Camera will be manufactured by our contract manufacturer (CM) in Shenzhen, China. We’ve been working with this CM since 2016 and have successfully produced tens of thousands of boards. Boards are always tested extensively for quality assurance. We’re going to start manufacturing the cameras in February 2021, after the Lunar New Year in China. 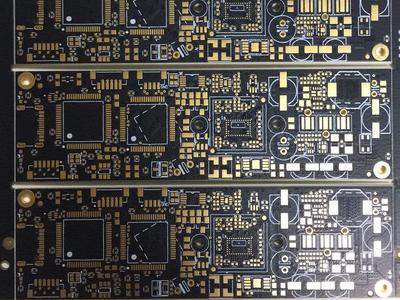 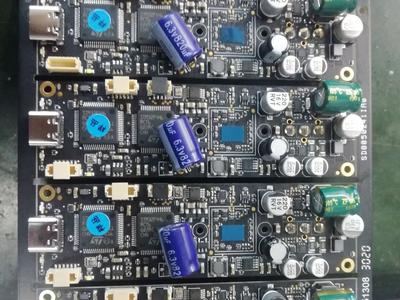 All Onion Tau LiDAR cameras will be shipped to our customers using Crowd Supply’s fulfillment services, via Mouser Electronics. Once manufacturing is complete, we’ll make a bulk shipment to Crowd Supply and from there, the packages will be shipped out to our individual backers. For more information, you can refer to this useful guide to ordering, paying, and shipping.

Backers can confirm and update their order details and more in their Crowd Supply account. 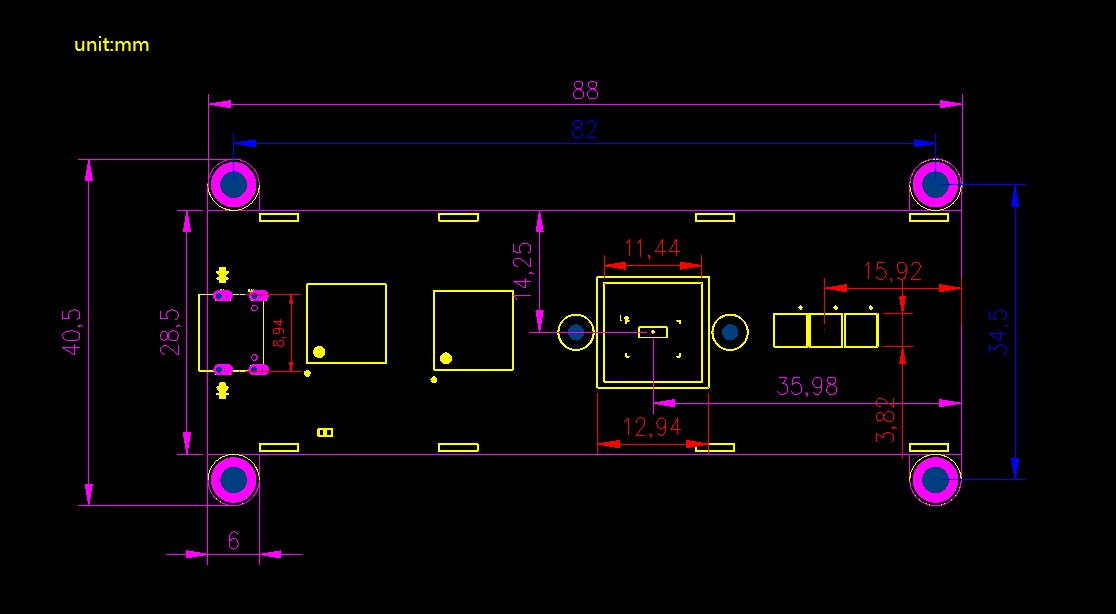 Having said that, we’ve been designing and manufacturing IoT hardware since 2015 and we’re confident in our ability to deliver a quality product in the expected timeline. We’ve also taken steps to minimize risk for the Onion Tau LiDAR Camera, like working with a CM we know and trust.

We believe honesty is the best policy and will keep our backers informed every step of the way. If we do encounter any hiccups, speed bumps, or road blocks, we will be open and transparent about the issues and how they affect our delivery timelines. We have done this before, and we will not stop until we have delivered everything!

"With an OpenCV-compatible Python library and a live-view web app, Tau aims to be the new entry point to 3D mapping applications." 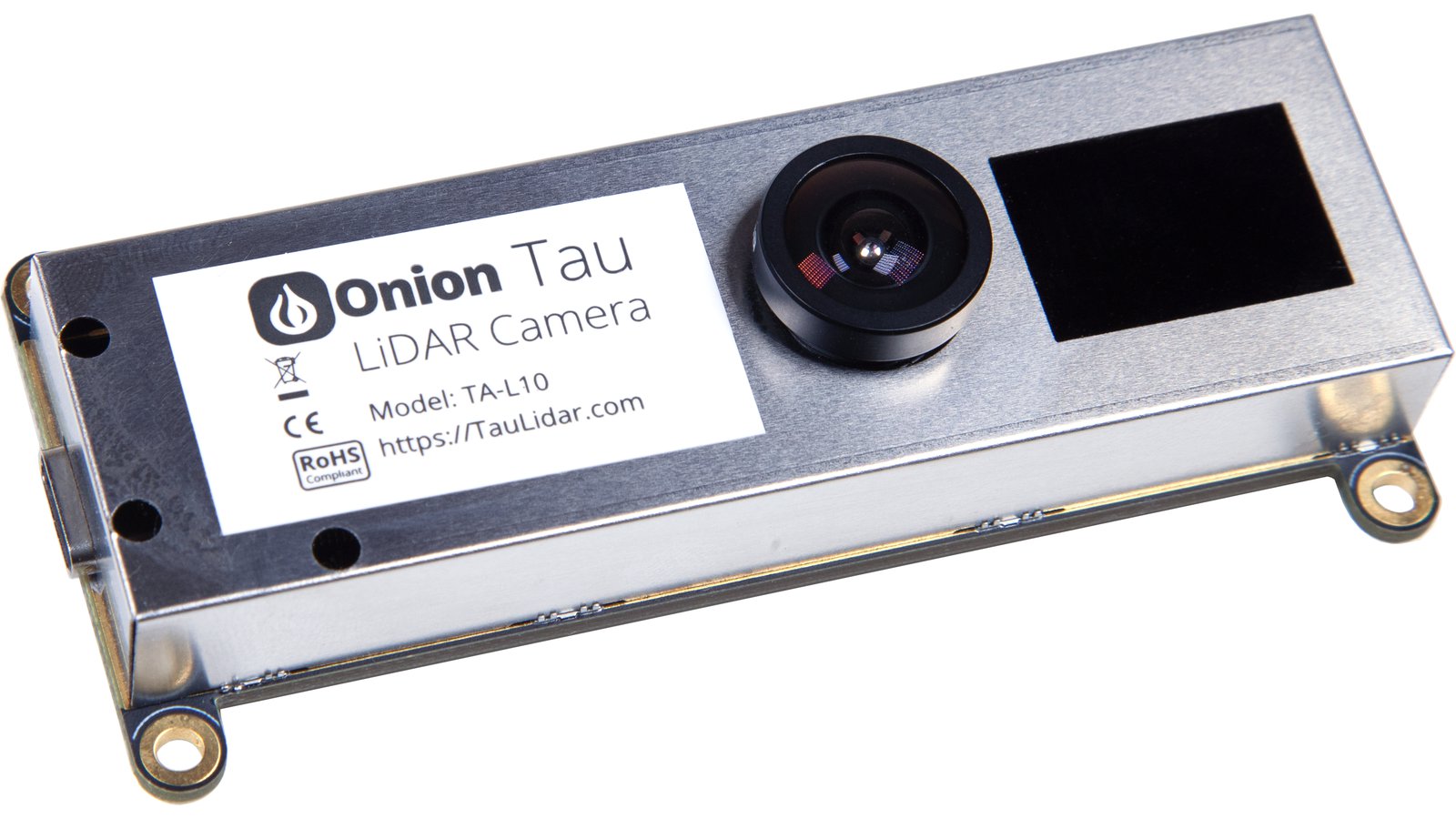 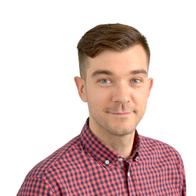 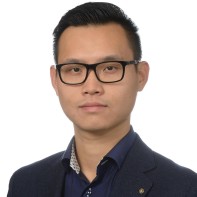 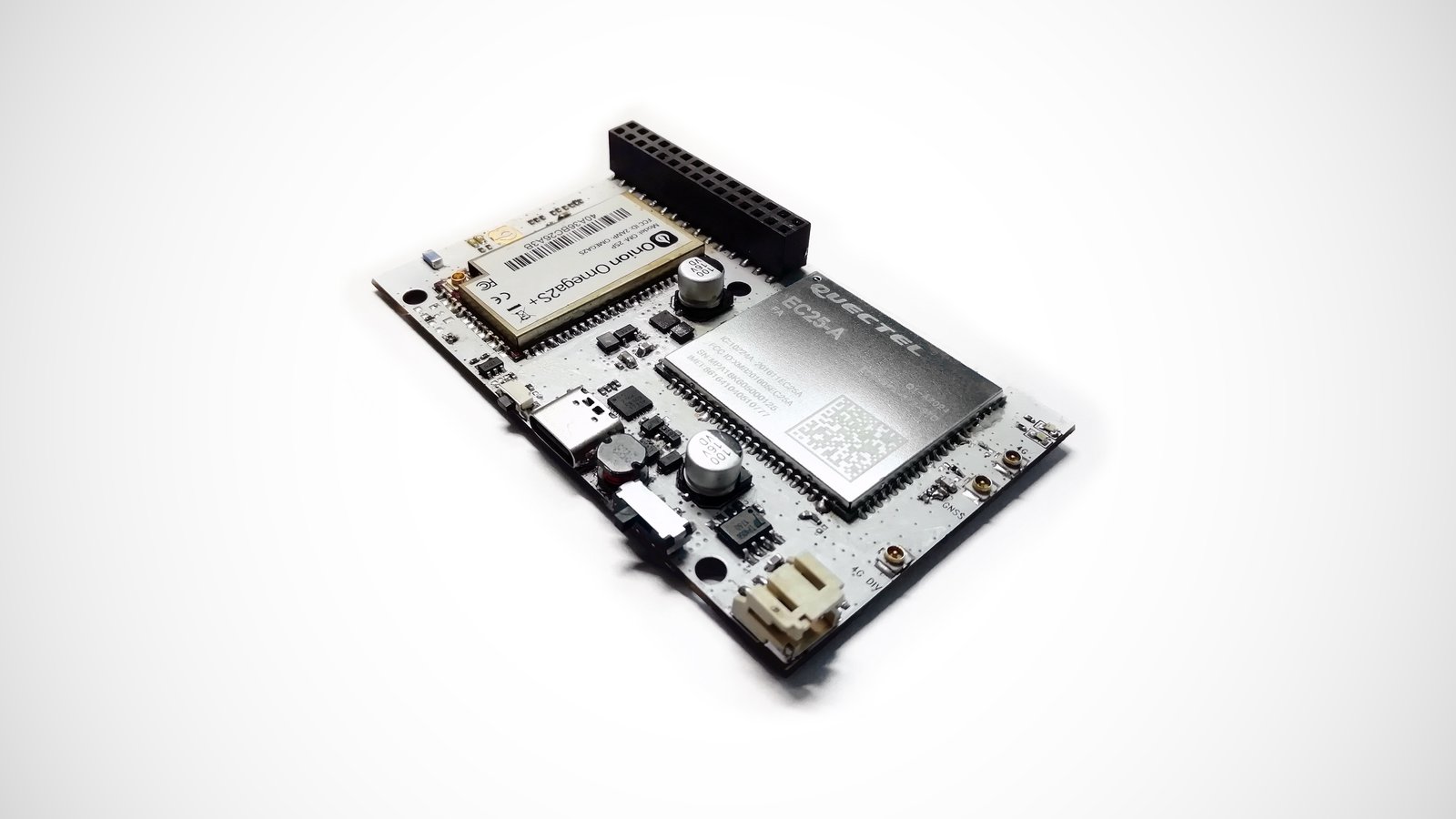 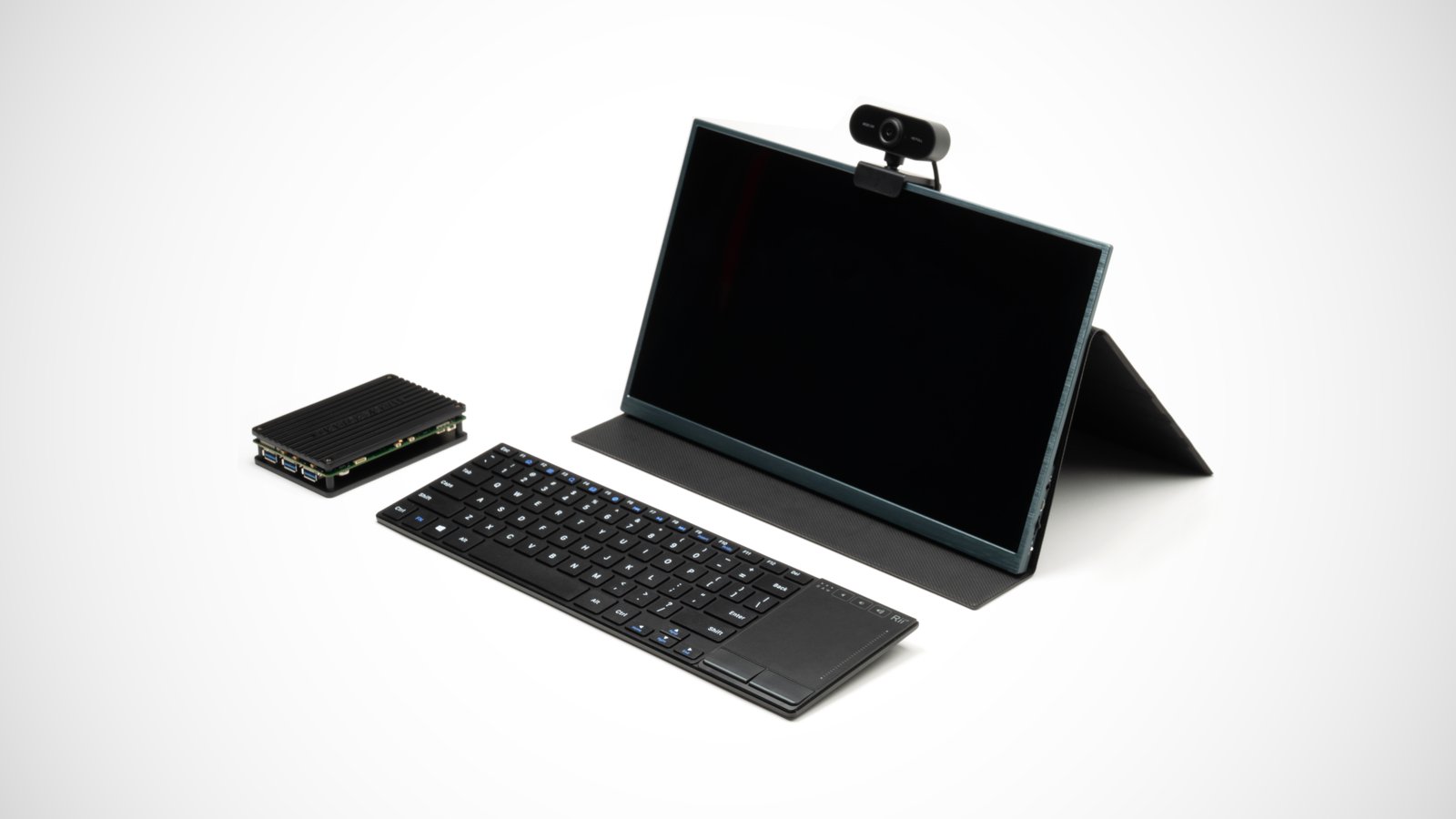 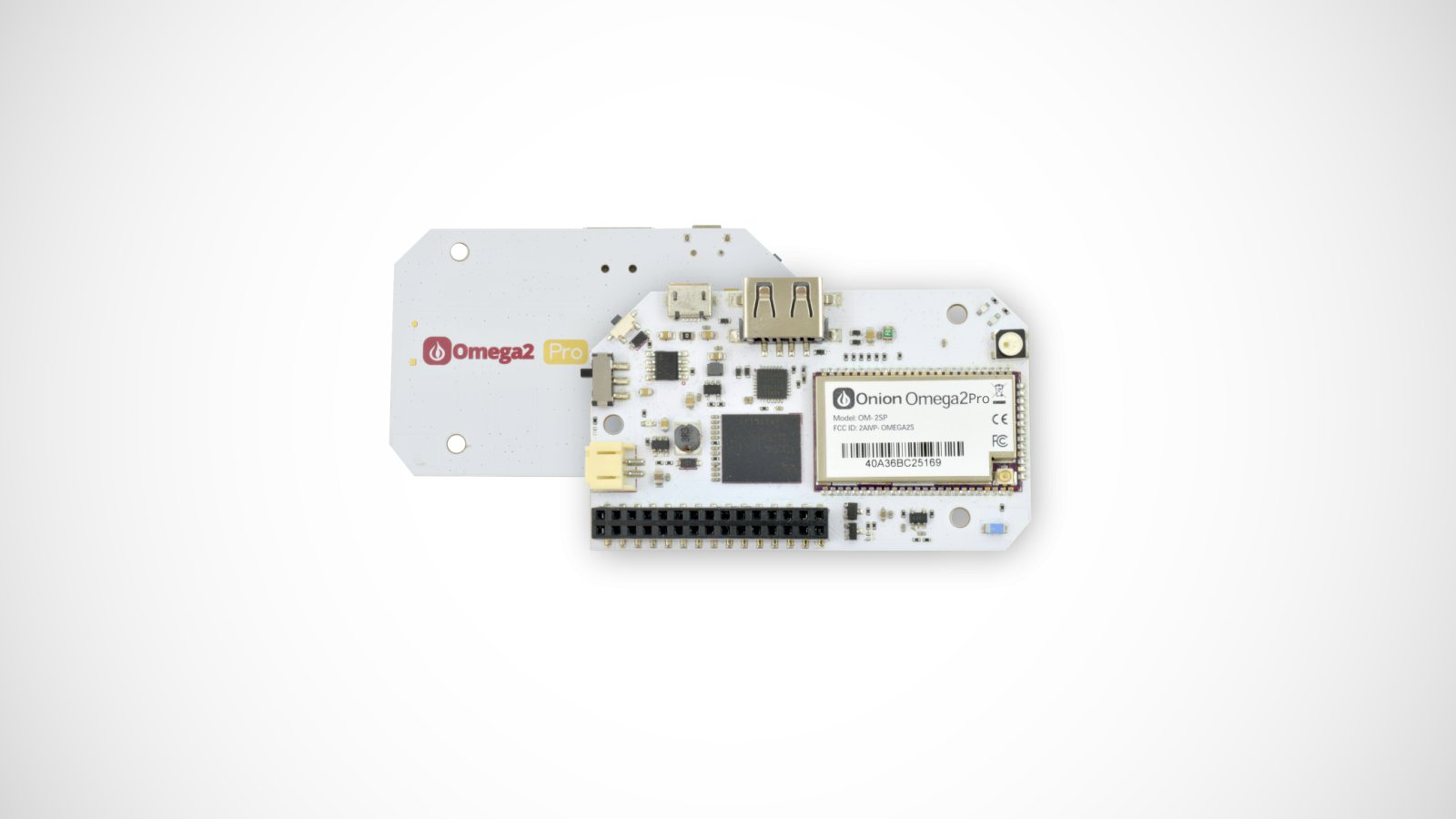