"With a truly minuscule footprint, the ATMega Narrow is a solid choice for Arduino projects that boasts anywhere from 2 to 8 times the RAM and flash memory of comparable Arduino Nano and Uno boards."

"The boards measure 1,097mm² in footprint and weigh 8g, regardless of model chosen, making them only slightly larger than the Arduino Nano but with the more powerful microcontroller of the Arduino Mega."

Narrow is part of the Microchip Get Launched design competition, using LDO voltage regulators and the ATmega microcontroller!

A Simple and Perfect Upgrade for your Small Footprint Arduino Projects

644 Narrow and 1284 Narrow are small, simple, ATmega644/1824-based boards designed to improve your small footprint Arduino projects. The Narrow board gives you two to eight times more flash and RAM resources and ten more digital I/O as compared to an Uno/Nano, plus total compatibility.

Many microcontroller-based projects need to have the smallest possible footprint and a lot of resources. Up until now, the Arduino Nano has certainly been popular for its price/performance value and small footprint. Other boards are also available but they can be too expensive if they incorporate unnecessary features such as Wi-Fi. 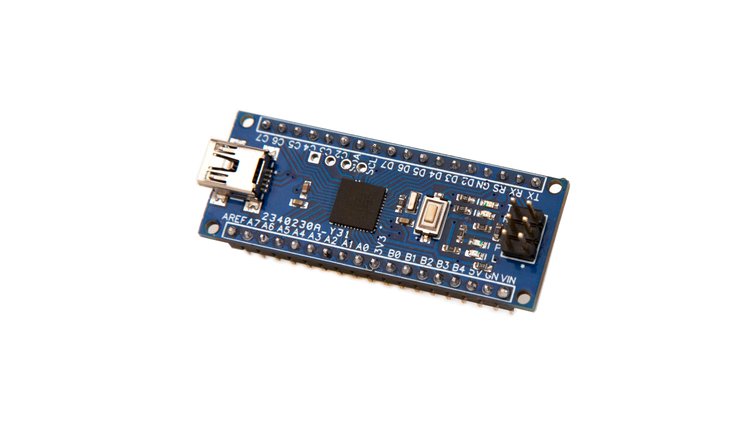 The 644 and 1284 Narrow boards both feature a large amount of effective Flash and RAM. "Effective" because the code generated on 8-bit MCUs is much smaller than on 32-bit MCUs. Hence, you can load a bigger program on a 128k 8-bit MCU than on a 256k 32-bit MCU! ATmega644/1284 also have EEPROM that adds to their total storage capabilities. Cortex processors can emulate EEPROM, but this further consumes flash (in whole pages) and wears out the memory.

ATmega644 and ATmega1284 also offer (as compared to UNO and Nano boards):

Narrow boards are approximately 1/5 of the surface of a Mega2560 board, with half its current power consumption. 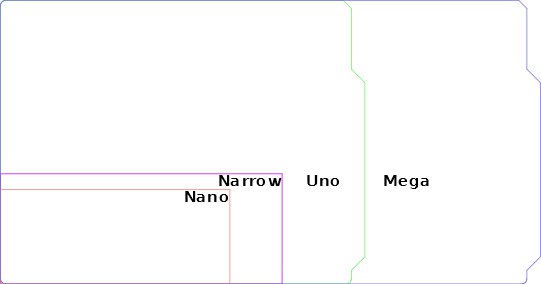 Narrow board footprint in relation to other boards.

Seamless compatibility is made possible with the MightyCore project that has been maintained for a long time. Integration with the Arduino IDE is very easy, meaning that your original Arduino code will compile and upload directly.

One of the main reasons to increase memory resources is for use with newer OLED and TFT displays. Since many users may wish to include some kind of visual rendering or rich graphic content when using these boards, they come with a specialized port (GND, 5V, SCL, SDA) for OLED modules with an I²C interface. An optional 0.49" OLED is also available, which has the advantage of fitting perfectly above the host board without the need to cable anything or consume any more surface area. 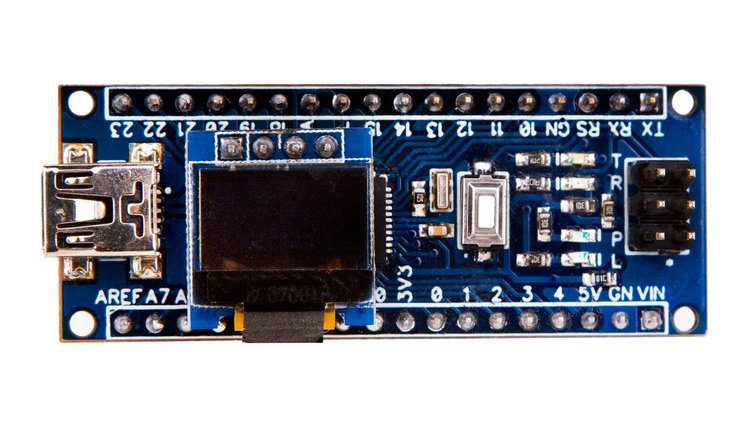 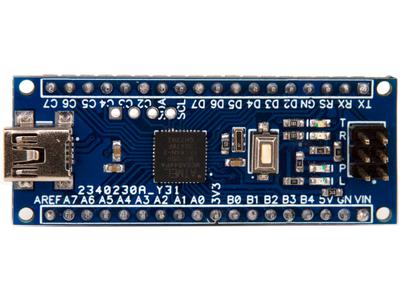 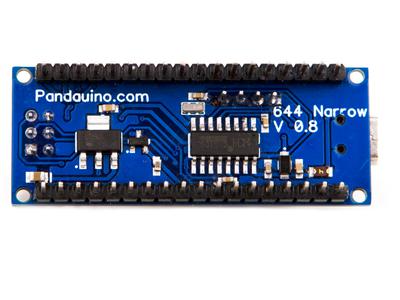 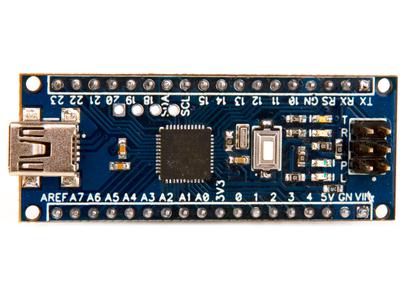 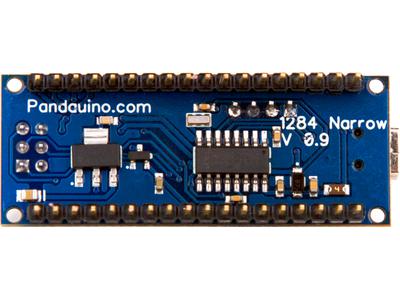 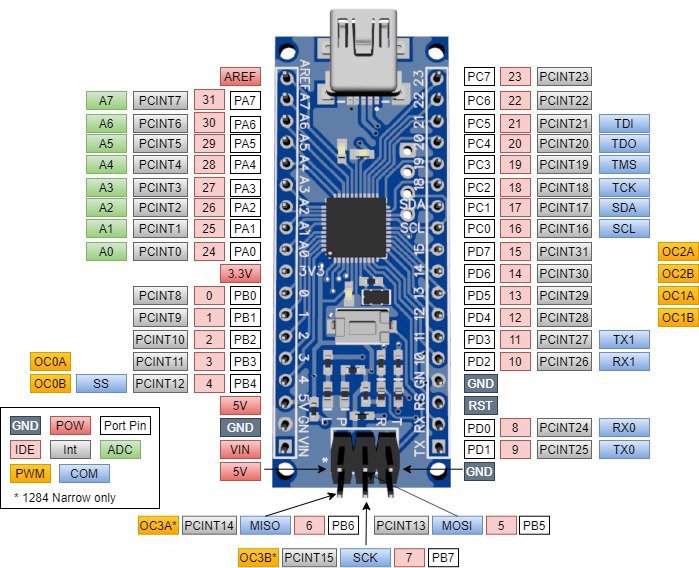 Narrow vs. Cortex Based Boards

When I discovered that Cortex microcontrollers (and also ESP32) could be programmed in the Arduino environment, it seemed very appealing to use these boards, with specifications like a clock speed of 48 MHz, 72 MHz or even more and lots of RAM and flash. So I made some prototypes, mainly with the Blue Pill and clone of Maple Mini etc. I ultimately found that even though these chips are interesting, it is very difficult to migrate an existing Arduino project to them. I prefer using 8 bit microcontrollers to Cortex and here are some of the reasons why:

So, why bother with all these "features" that consume your time and money in order to work with your project when you only need some more RAM, flash, or additional pins? Narrow gives you just what you need without any additional overhead. 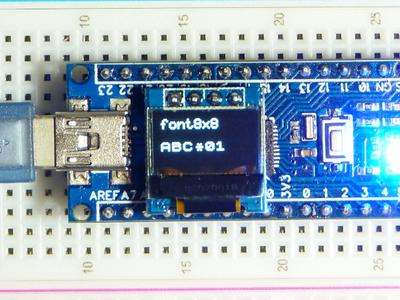 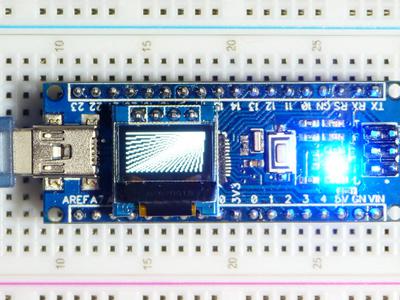 As the campaign progresses, you will be provided with a GitHub repository containing:

The PCBs will be high quality and lead-free. Sourcing will be from specialized distributors I have used reliably in the past.

Depending on the number of backers, I will either:

Crowd Supply will handle all deliveries. USA orders will be free of charge. All international (non-US) will be charged a surcharge. More details are provided in this useful page about ordering, paying, and shipping.

The board schematic is relatively simple. The main challenge is the soldering of these two sided boards with QFN MCUs, because extreme precision is required to solder them reliably.

Since I am in France, am offering these boards on Crowd Supply (Portland, USA), and sourcing components from many suppliers in USA and other countries, it’s possible that shipping costs and delays could impact delivery. This is why I focused on a relatively simple project which I hope to deliver within three months of the campaign’s conclusion. Any delays will be communicated with backers via the campaign updates.

I have been interested by electronics as a hobby for a couple of years and wanted to go as far as possible in the development of a finished product. 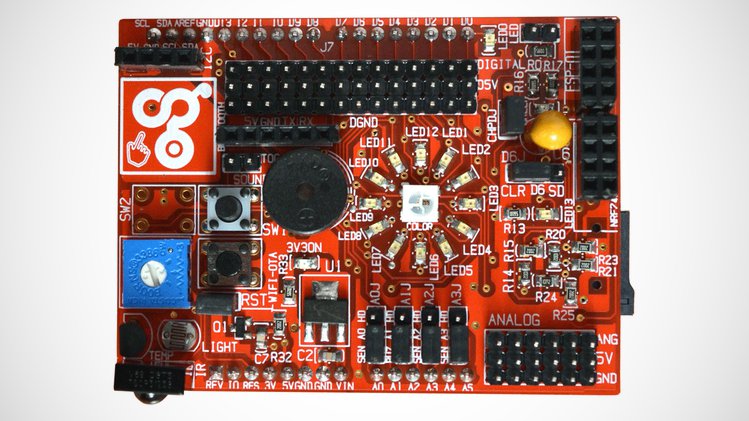