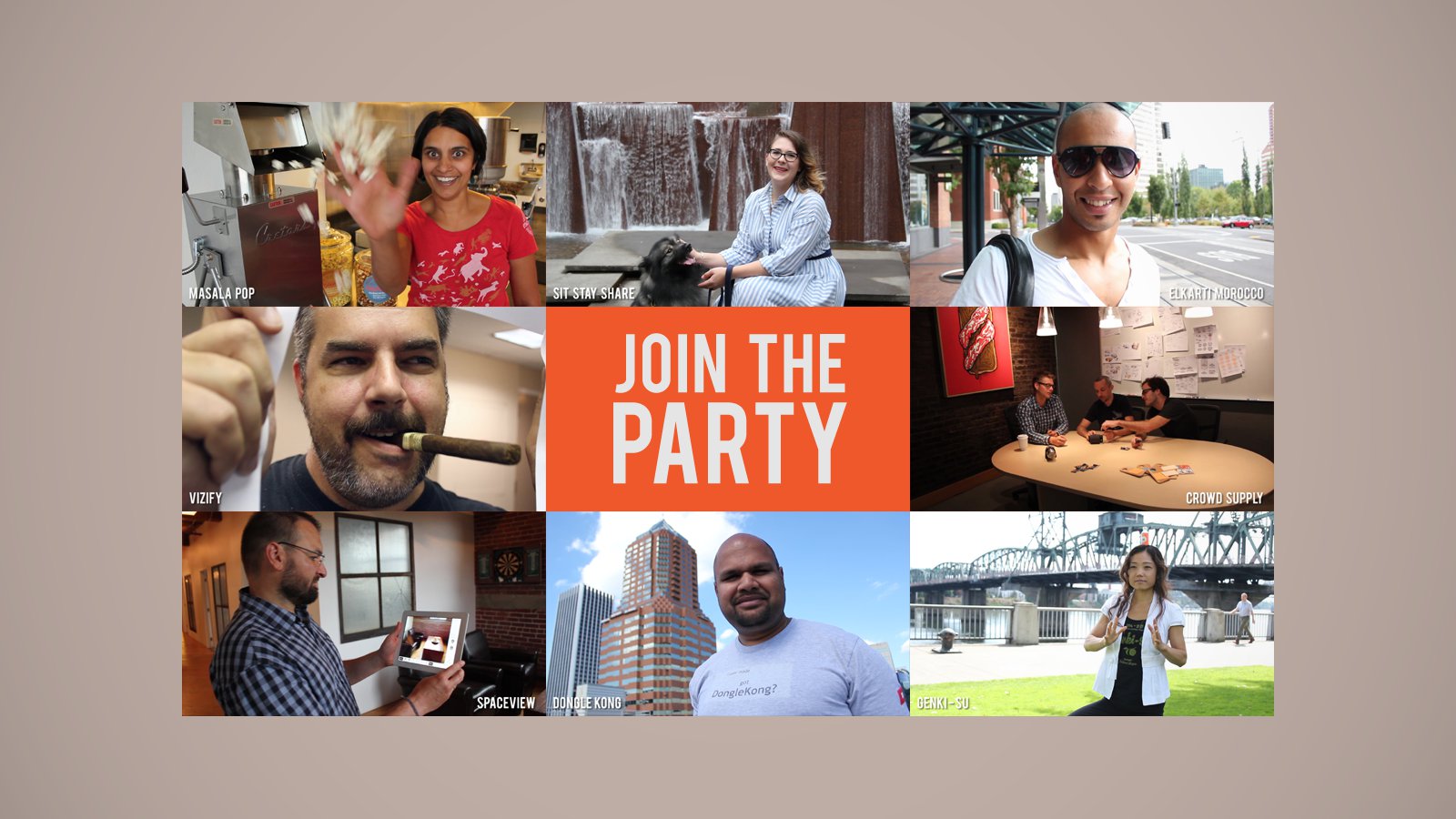 Startup companies 1-10 received a small investment of $2,500 each as voted by an audience of 300 people

Online ticket sales are over, but tickets MIGHT be available at the door at showtime at OMSI at 5:45PM tomorrow. 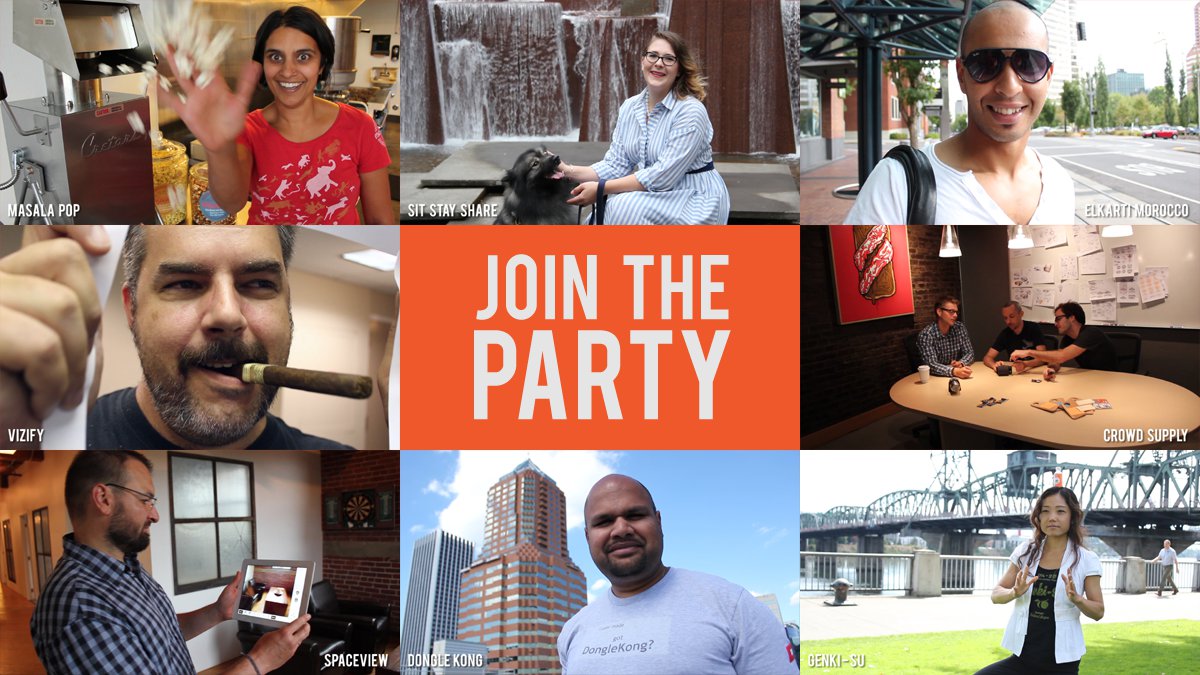 Pitchlandia is a one-day business pitch event to be held in Portland, Oregon developed and hosted by the crack-team that brought you 2012’s sold-out Startup Riot. This event will provide investment money and support to local idea-stage companies from a cross section of industries (that includes food, beverage, apparel, retail, health, and yes, tech).

You may have heard that Portland has a reputation of being different. Pitchlandia wholeheartedly embraces that. No judges, no grand prize, no exclusive limitation to one industry. Instead the companies, pitches, funding decisions, and the votes are all driven by you and your fellow Portlanders.

Each company will have a few minutes to pitch and a few minutes for questions from the panel and audience. Attendees will have the opportunity to meet the founders and idea generators at their tables in the lobby before and in between the pitch sessions. After the pitches, each attendee gets to mark a ballot with 10 or fewer choices. Ballots will be counted, and funding will be awarded, right then and there. How much funding is there to be had? That depends on the crowd and the raging success of our Crowd Supply campaign.

Pitchlandia is Tuesday, May 27th 5:00-10:00pm, the Portland venue wil be shared with ticket buyers once the campaign is funded, or tickets are sold out, whichever comes first.

Want to pitch your business idea?

Yes, you too can throw your hat in the ring for a chance on stage!

All you have to do is submit your idea directly with our online application at www.pitchlandia.com. Let’s do it!

The show (party) must go on

In Portland-fashion, there will of course be an after-party celebration, a celebrity party, a pre-party and unique PDX raffles during the day for uniquely Portland items.

Be a part of what could be funding history. OR…just come drink some beer.

Tickets to the event will be made available exclusively thru a 30 day campaign to be launched in the spring of 2014.

There will be dogs.

There will be beer.

There will be live tattoos.

There will be bikes.

It will be fun, fast, quirky, funky and more than just a little bit out of control. 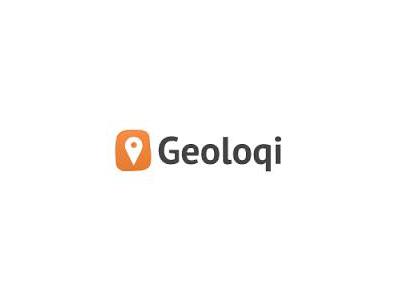 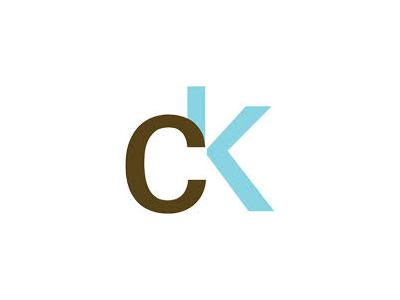 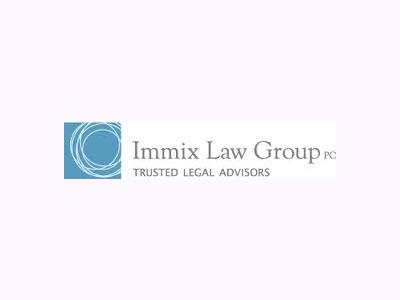 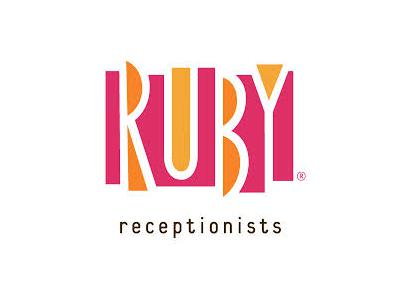 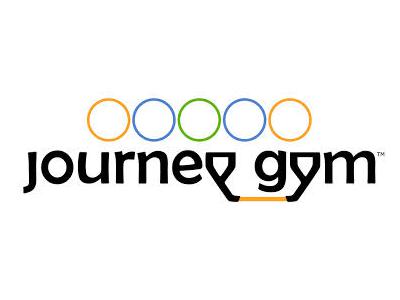 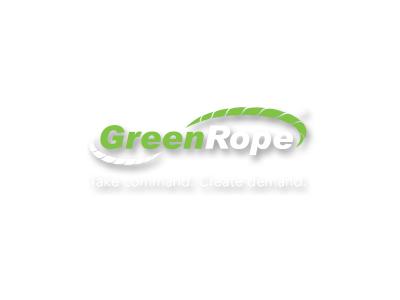 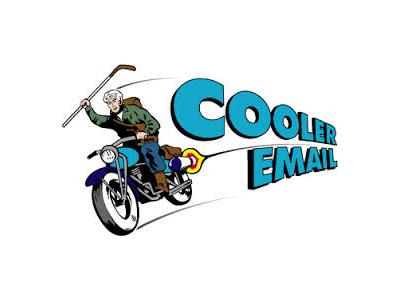 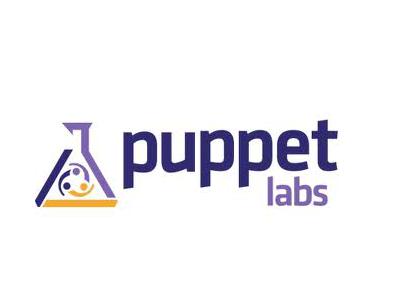 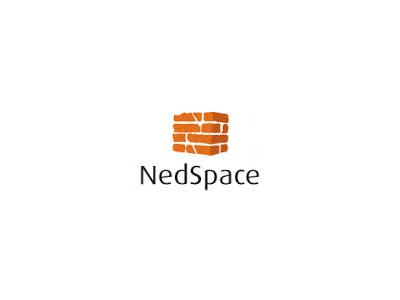 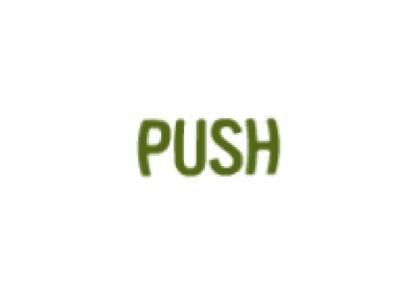 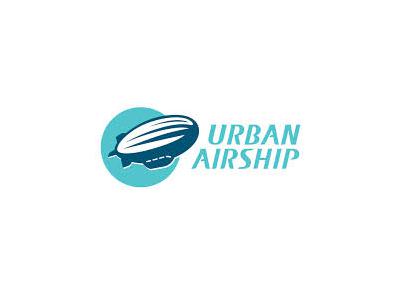 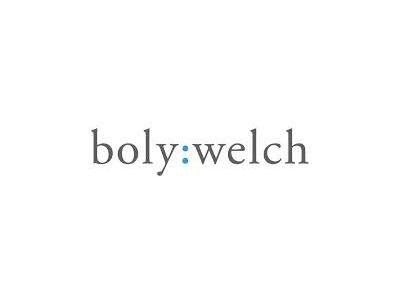 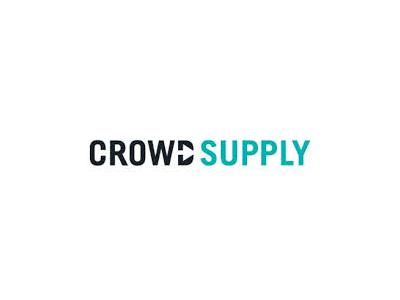 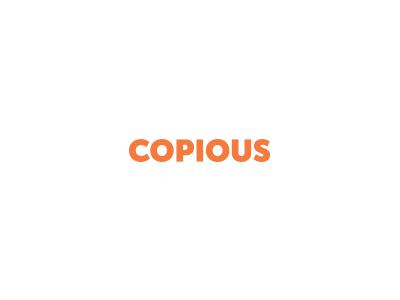 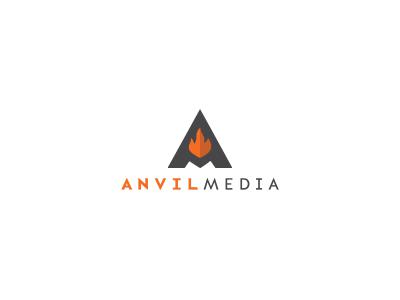 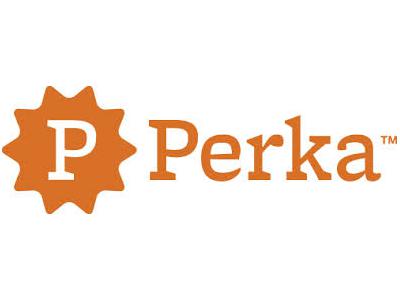 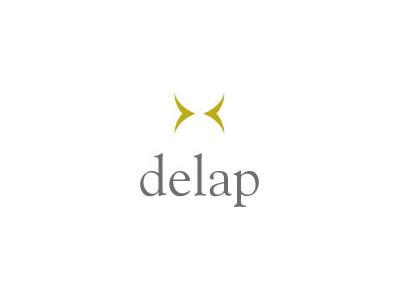 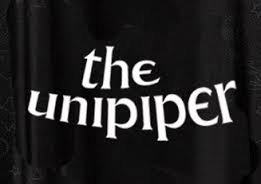 Who the heck are we? 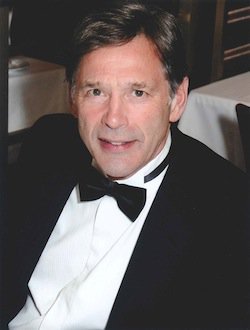 Michael’s background as a business and M&A consultant, business broker and entrepreneur has dominated his professional background. As the Organizer of Startup Weekend Portland (Oregon), he helped jolt the startup scene in the community. A mentor and advisor, he spends much of his time counseling fledgling companies in the Startup Your Startup program offered at Portland’s NedSpace. In addition, he was the Organizer for the first Portland Startup Riot. Currently, he is in negotiations with teams to begin his next startup company. 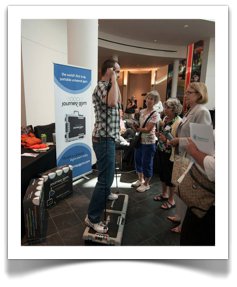 John Friess is focused on the process of founding and building the marketability, viability and exit ability of idea and emerging stage companies. The current company that he and his team are building towards a positive exit is Journey Gym. Before co-founding Journey Gym, he co-founded wired.MD, StarveUps, and was a Marketing Agent who helped with the launch of Kozmo.com a venture backed online convenience delivery service for food and household goods. 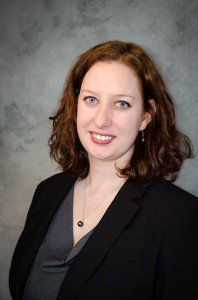 Carolynn Duncan is the founder/CEO of TenX.org, a business education company which helps emerging entrepreneurs and business owners sharpen their business skills and as a result, exceed the \$100K and \$1MM revenue milestones: under Carolynn’s direction, TenX alumni have generated more than \$20MM in revenues and funding since 2009. Prior to TenX, Carolynn was affiliated with EPIC Ventures, a Salt Lake City-based venture capital firm, developed an entrepreneurial finance program and ran LivePitch events for FundingUniverse (now Lendio), assisted in launching the Eastern Idaho Entrepreneurial Center in partnership with BYU-Idaho and EPIC Ventures, founded the Hundred Dollar Business. 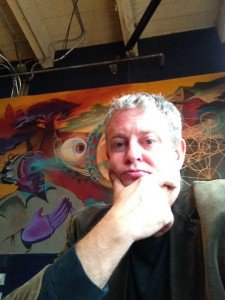 Mark Grimes is a social entrepreneur and angel investor who has started each of his businesses over the last 20 years with cash on hand, no business plan and all have been profitable within 90 days. Founder of Eyescream Interactive an advertising agency with clients such as P&G, Nextel, Disney, and Outpost.com. The agency was one of the top 20 interactive advertising agencies according to Adweek magazine and annual billings over 7.1 million dollars. Current businesses include NedSpace co-working for startups, innovative tech companies, and social entrepreneurs; and Maker Faire Africa a celebration of African ingenuity, innovation, invention and social entrepreneurship. 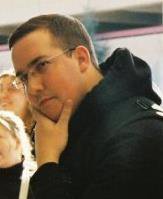 Derek Wyatt is a Co-Founder of CAKEpdx. CAKE stands for Consulting And Knowledge Exchange and is based in Portland, Oregon with the sole purpose to help early-stage entrepreneurs. CAKEpdx holds regular meetups designed to share scrappy business tips based on real world experience. They also offer early stage entrepreneurs the ability to build a website on a budget. Derek is also co-founder of The Portland Art Club, a place for people to discover fresh local art. Derek believes that building a strong economy begins at home and loves to see local businesses succeed. 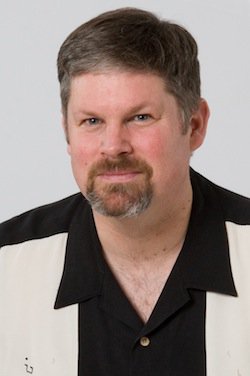 Acknowledged by Business Insider as one of the best connected entrepreneurs in the world, Thubten is a seasoned entrepreneur who actively mentors startup founders in Portland, Oregon, and across North America. He has interviewed hundreds of startup founders for his blog, Startup Weekly, which he has published since 2010. Thubten also co-hosts The Startup Show. 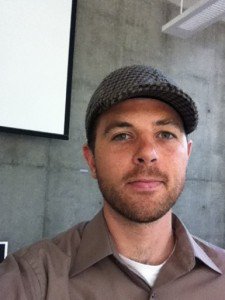 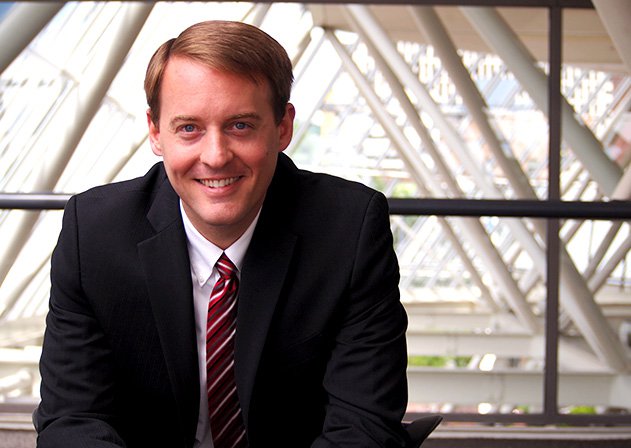 Jerry Carleton, founder and principal of the Immix Law Group, is a corporate and securities attorney who counsels private emerging and growth-stage companies on corporate, finance and securities issues. 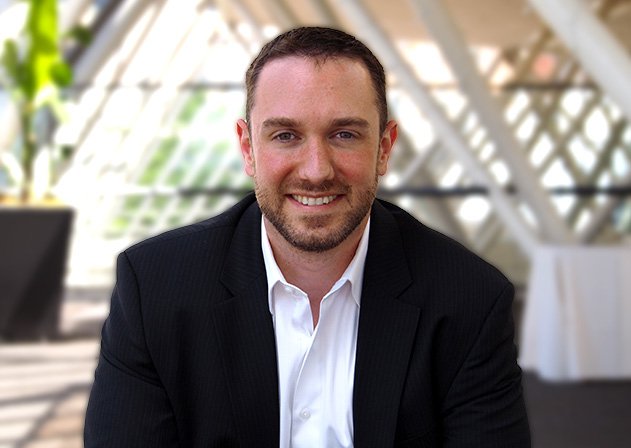 Robert is entrepreneurial by nature and is heavily involved (in varying capacities) in several local startups currently. He has practical experience in diverse industries including arts and entertainment, food and beverage, retail, hospitality, and winery production and operations. Robert’s diverse experience spanning a broad range of industries compliments his passion for small and growth-stage companies.

Let’s show the world what this town is made of

With your help, Pitchlandia can become a reality. If it is just one ticket, a group package or even a sponsorship this awesome event can only happen with your help!

Thank you so much for your interest and support and we’ll see you at the big show!

Pitchlandia is a one-day business pitch event to be held in Portland, Oregon developed and hosted by the crack team that brought you 2012’s sold-out Startup Riot.