Stunning Stepper Motor Example Projects, With One Day To Go

We are in the last day of the campaign! If you know someone who might want to get a STEP400 from the first production run, we would be grateful if you reminded them before the time runs out!

For this update, I’d like to share some of the projects we’ve been involved in that use stepper motors.

A short history of STEP400’s development

Before introducing these projects, I’d like to give you a bit of background on the development of STEP400. STEP400 uses PowerSTEP01, but we initially used a driver called L6470. They both belong to the same product line at STMicroelectronics and have almost the same command structure, but the difference is that PowerSTEP01 is able to drive larger motors and has a current control mode.

We first developed a board using eight L6470s, then STEP400 was developed as a branch out from that board. The original board that controls eight motors will continue to be developed as a separate model called STEP800. 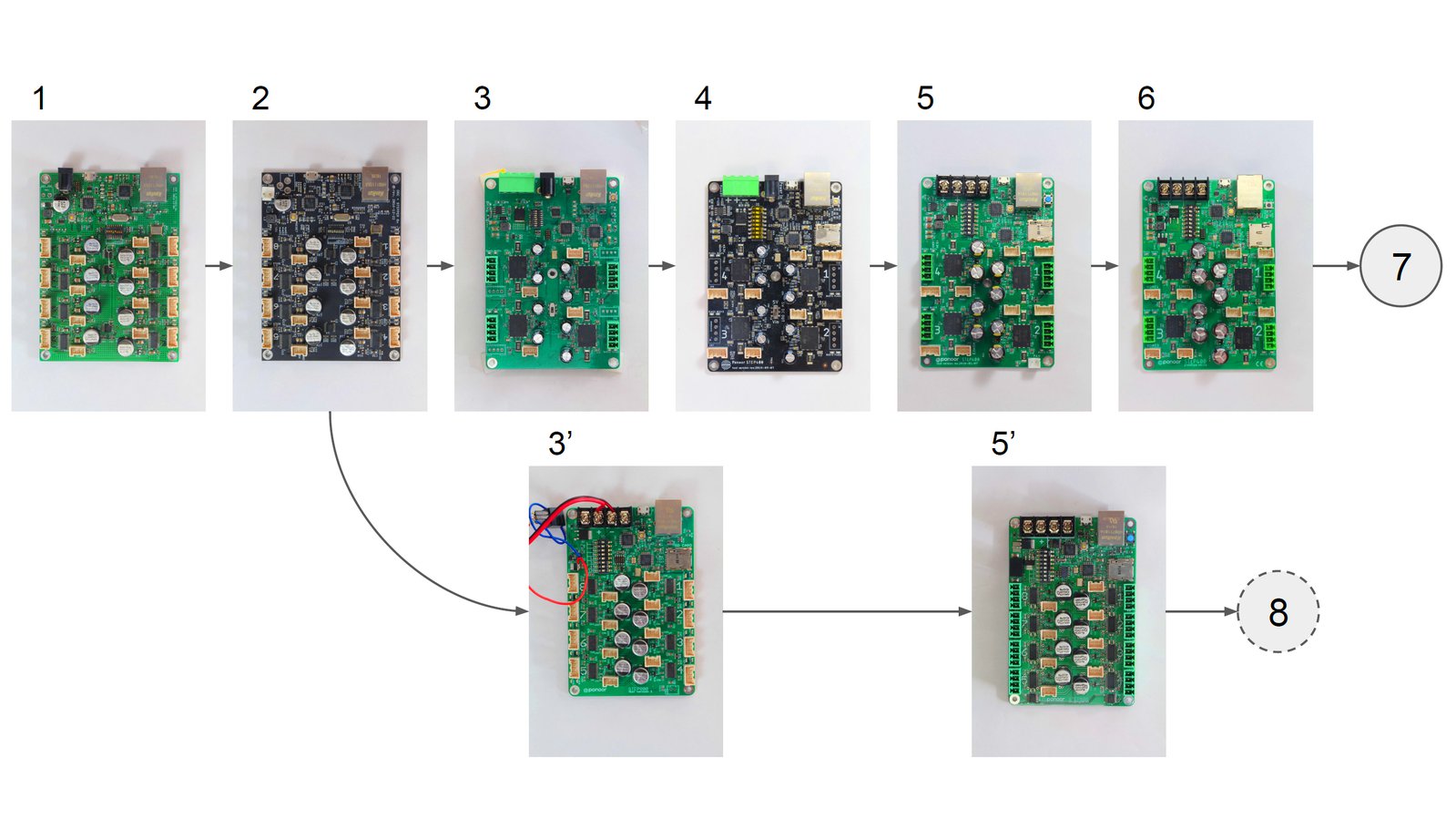 The PowerSTEP01 is upwardly compatible with the L6470 both in terms of functionality and applicable motor size, so I’m going to introduce both and specify which driver chip we used.

Flower Mirror by dot by dot

This wall of flowers is controlled by 800 stepping motors to make each flowers open and close, and graphics emerge from them. More details can be found here. We were in charge of the control hardware, and STEP800 prototype was created during the creation of this work. A Unity program sent motion data to 100 boards via Open Sound Control to achieve the beautiful flower movement with various speeds.

Our client has kindly given us permission to publish, so here is a behind-the-scenes mechanism video.

We had previously built a system based on air cylinders, so we initially considered using them, but since air cylinder cannot change acceleration and deceleration dynamically, we decided to use stepper motors.

A show window exhibit by WOW inc. that creates animation by rotating cosmetic bottles. 20 bottles were precisely controlled to create organic movement and perfect links to background images. The system took advantage of the smooth and quiet movement of the stepper motor’s micro-stepping drive. Visit WOW’s documentation for more information.

This work by anno lab creates a ray of light by controlling round windows that open and close, using sunlight and moonlight. If you have a chance to visit Kyushu, Japan, please visit Art Museum of Nature and Human Non-Homogeneity that was built for their artworks. Unfortunately the install just happened to coincide with the COVID-19 outbreak, so we were only able to provide boards, but they shared footage of the prototype and photos of the setup with us.

This piece is made with a laser cutter and 3D printers they developed themselves, with an entirely Fablab methodology. 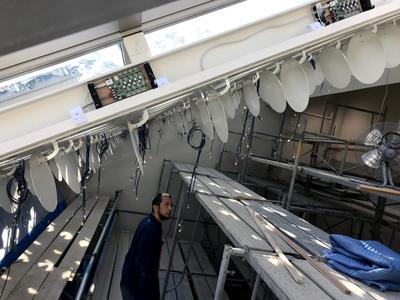 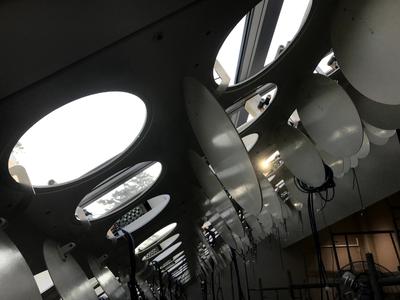 This work is controlled by openFrameworks.

WOW inc.’s work Emerge is an installation of fiber-optic cables that move around in a wriggling motion. You can find more information here.

We were responsible for the control system in this project.

This work was initially prototyped with a DC brushless motor to shake optical fibers quietly with high torque, but the cost of one single driver and motor pair was about $300, so we switched to a stepper motor drive.

In this project, stepper motors were used to create a quiet and just-right speed rotation at a relatively low cost. The control software is implemented with Unity.

As we’ve seen, stepper motors have many advantages.

We hope you’ll get into the world of kinetic creative projects with STEP400!