NEW: We have an injection-moulded enclosure!

We have a new injection-moulded enclosure for the HeartyPatch. It has been a big adventure for us, this being our first foray into the vast moulded plastics field. Naturally, we spent a lot of time looking at various materials; finding CNC machine shops to make the dies, and in the process making a lot of mistakes and learning from them. Luckily we also had our well-informed design consultant who expertly guided us through the process. 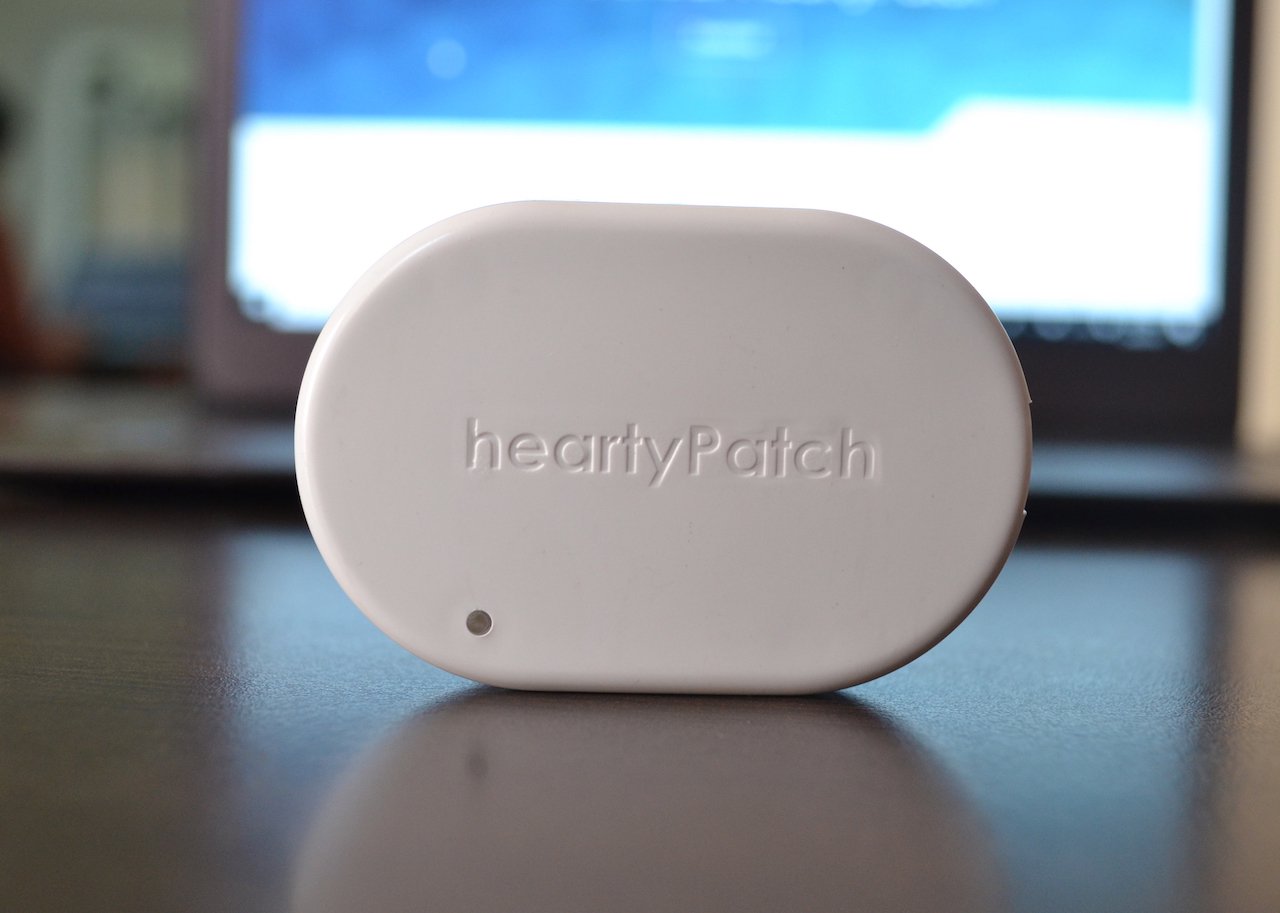 Injection moulding involves high pressure injection of the molten plastic material (ABS in this case) into a stainless steel mould. Once the plastic cools down inside the mould, it solidifies taking on the shape defined by the mould’s contours. It seems like a simple process, but in reality gets a bit more complex than it looks.

Our injection mould supplier had the mould machined out of a stainless steel block. The machining was done on a heavy duty CNC machine capable of machining stainless steel. Here are some pictures of our CNC-machined mould. Each mould (for the top and the bottom) has two parts, with a cavity in between them and an inlet for the plastic to be injected. 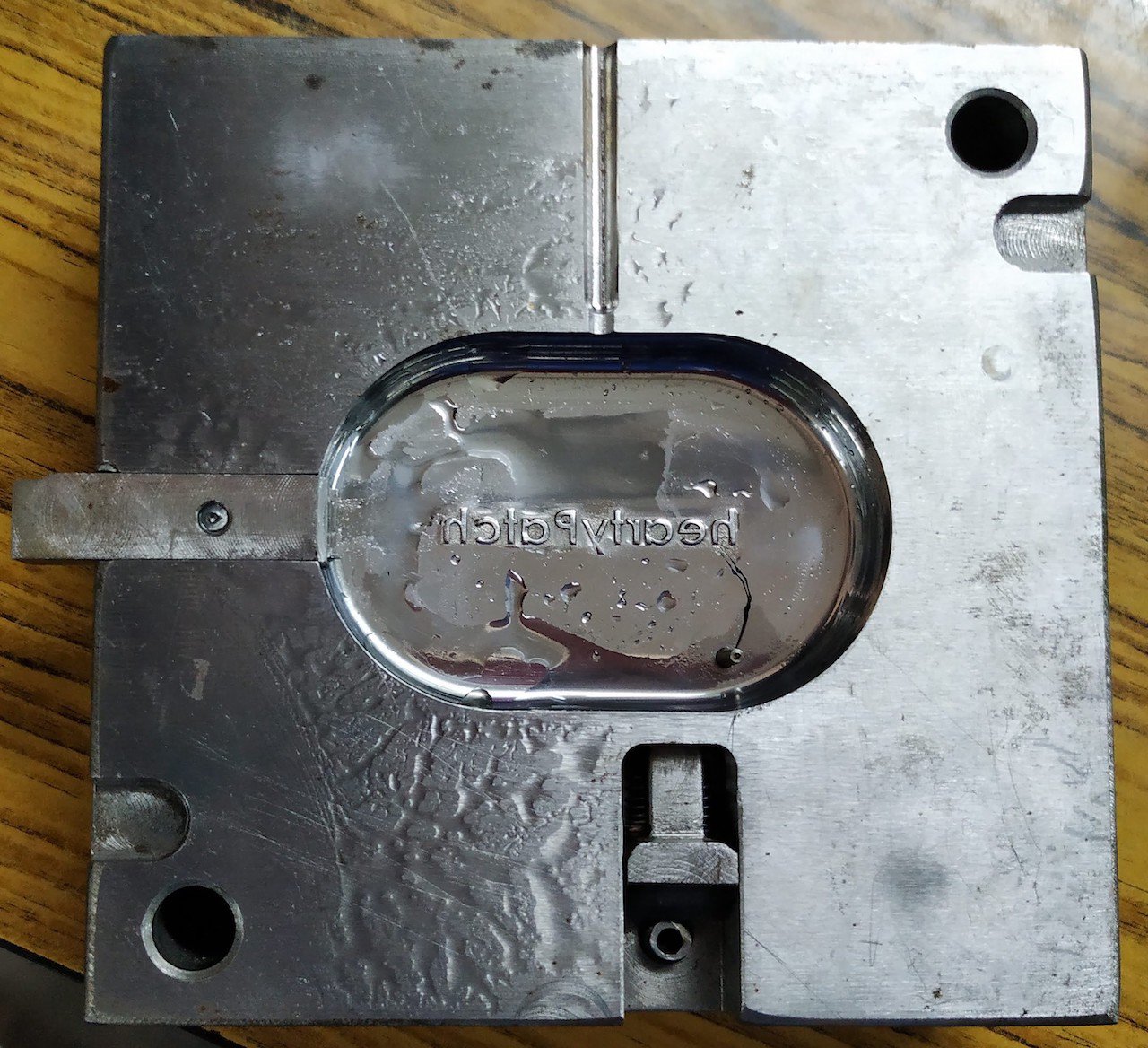 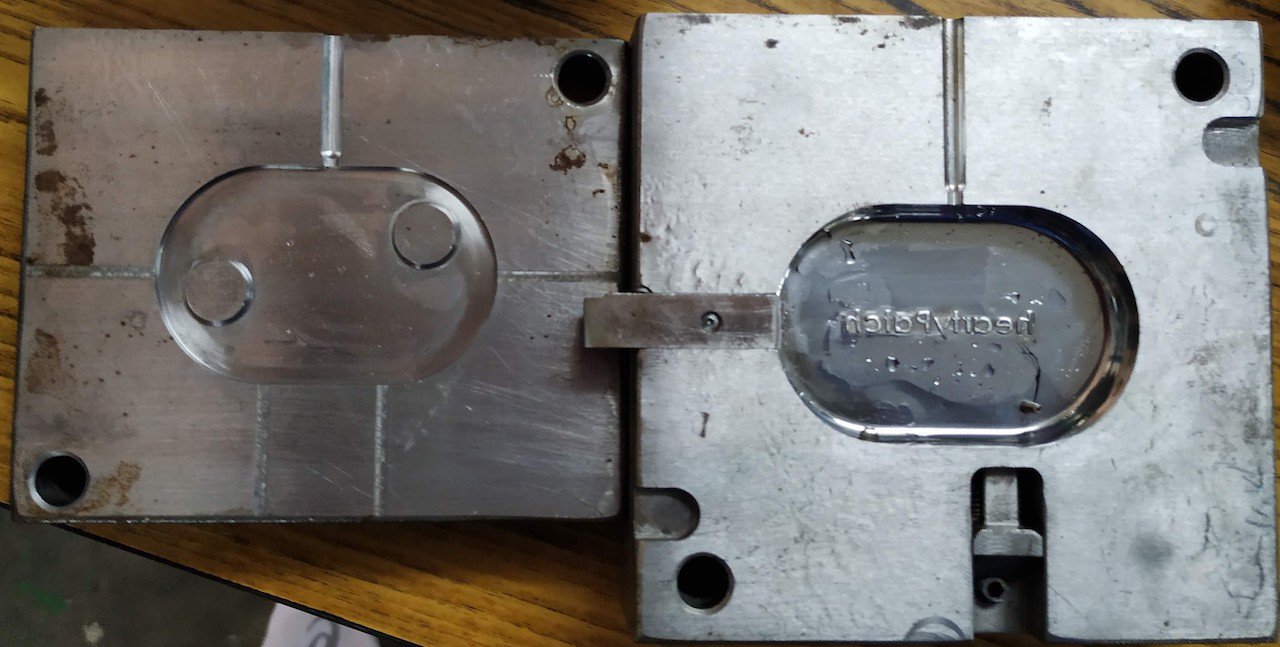 The injection-moulding setup itself was quite low-tech because we used a manually operated machine similar to the one in the picture that follows. The operator feeds the pre-heated ABS plastic pellets into the heating element of the machine and manually injects the molten plastic into the mould using a hydraulic press. 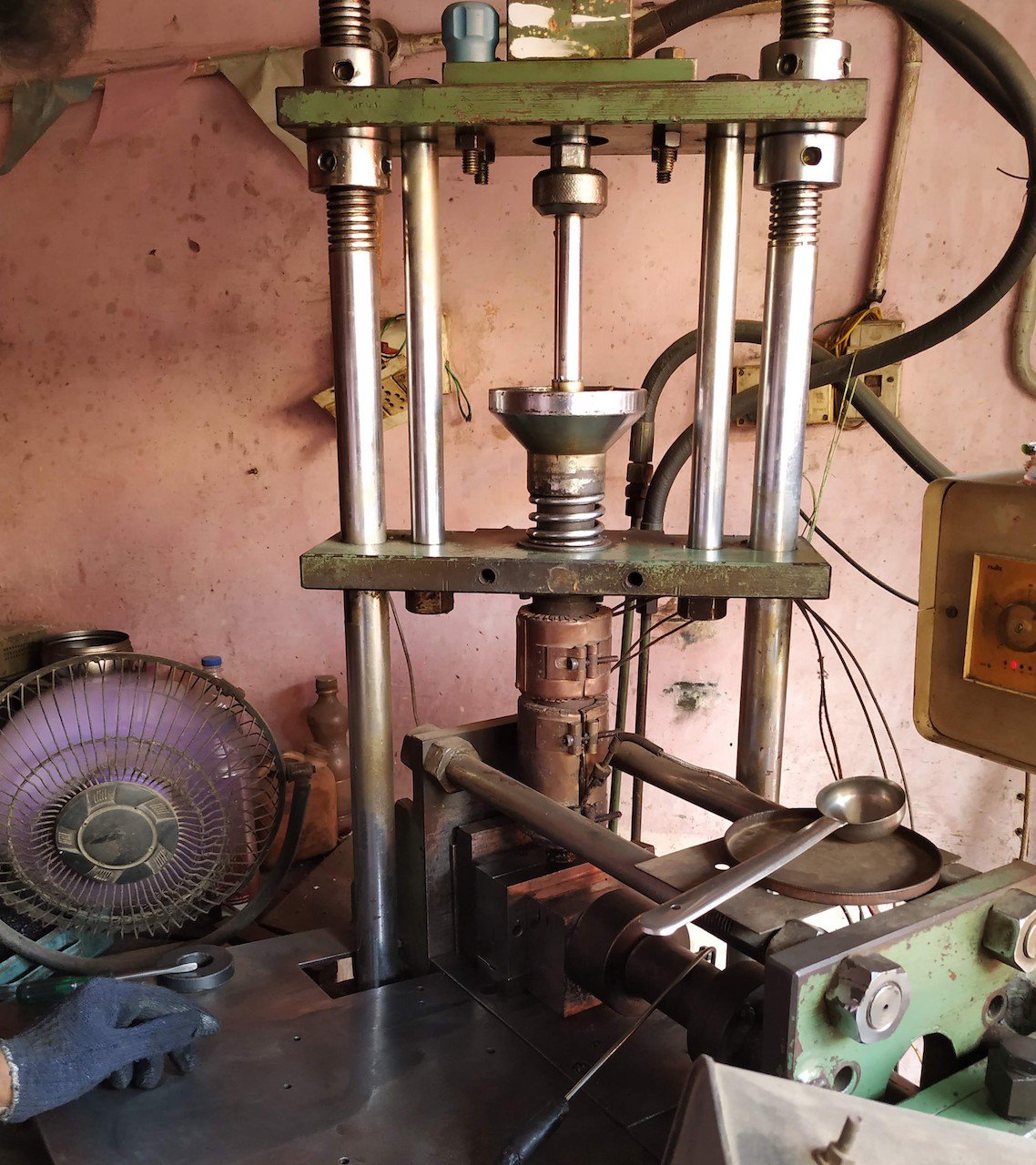 The result was an enclosure that looks so much better and is stronger than our earlier 3D printed enclosures that some of you would have received along with the HeartyPatch Deluxe kits. There are still some flaws in the finished enclosure, mainly due to the nature of the fabrication process, but overall it’s better than what we expected given our time and budget.

The enclosure is a two-part clamshell type enclosure, similar to the earlier 3D printed enclosure that we had. The two parts are held together by screws with inset brass threaded inserts so that you can open them easily and hack the HeartyPatch. 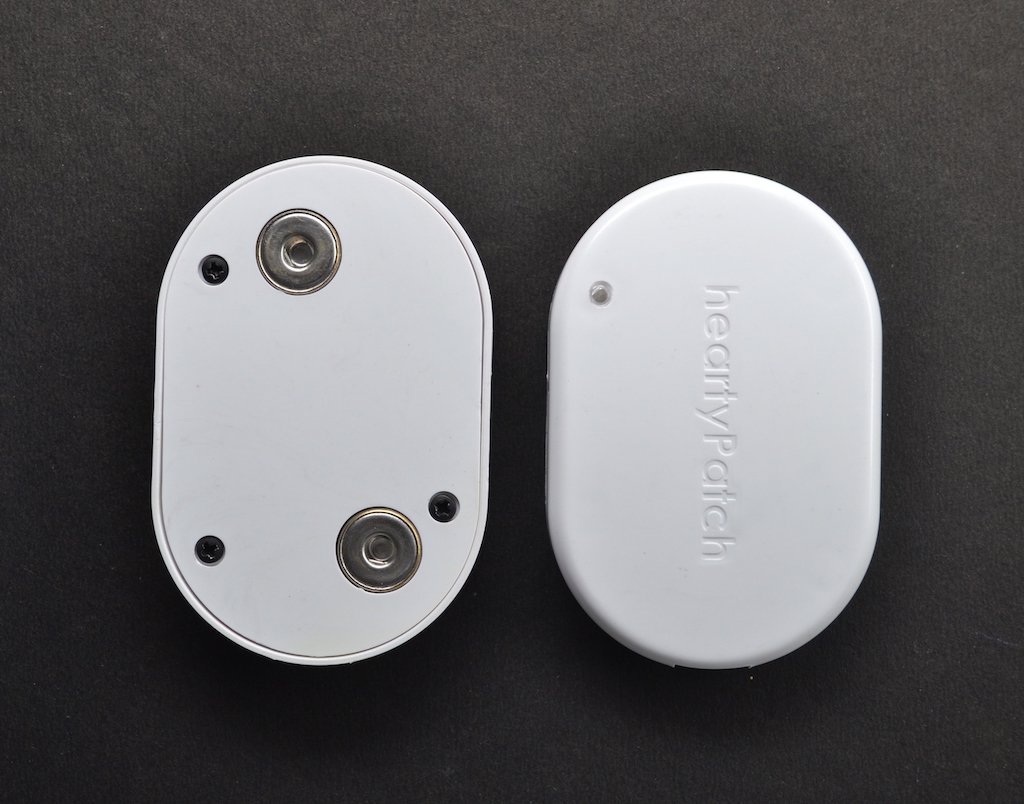 Now for the best news, all future orders of the HeartyPatch Deluxe Kit will contain this new enclosure! We hope you like it and look forward to your feedback.