If you’ve already backed Paperino (thank you!), you can help us by continuing to share the project with others!

Will Paperino work with ESP8266-based boards?

The ESP8266 is a really useful WiFi module for controlling devices over the Internet. And it has made the Internet of Things (IoT) got a lot cheaper! There are a huge number of different breakout board versions out there. A very minimalistic one is the ESP-01 PCB which you can get for around $2. It offers two programmable GPIOs which, unfortunately, are not sufficient to drive the Paperino ePaper – since we need at least six GPIOs. A better alternative are ESP-12 based breakout boards which route enough GPIOs to the outside world. Popular ESP-12 based boards are the NodeMCU and D1 mini. These boards are supported by the Paperino library and work nicely with the display:

When I’m sitting stuck in traffic on my way home from the office, I often wonder about what else I could be doing if I had only checked the traffic status prior to leaving the office (e.g. … save the world?!).

This project regularly checks the real-time traffic between two fix locations (e.g. work & home) and displays the estimated time of arrival on an ePaper screen. The data is gained by triggering a webhook towards the Google Maps API. This is the first time I worked with generating & triggering webhooks; it’s nice! The sketch is only 59 lines long and can be found here: https://github.com/RobPo/Paperino/blob/master/code/examples/TrafficIndicator.ino 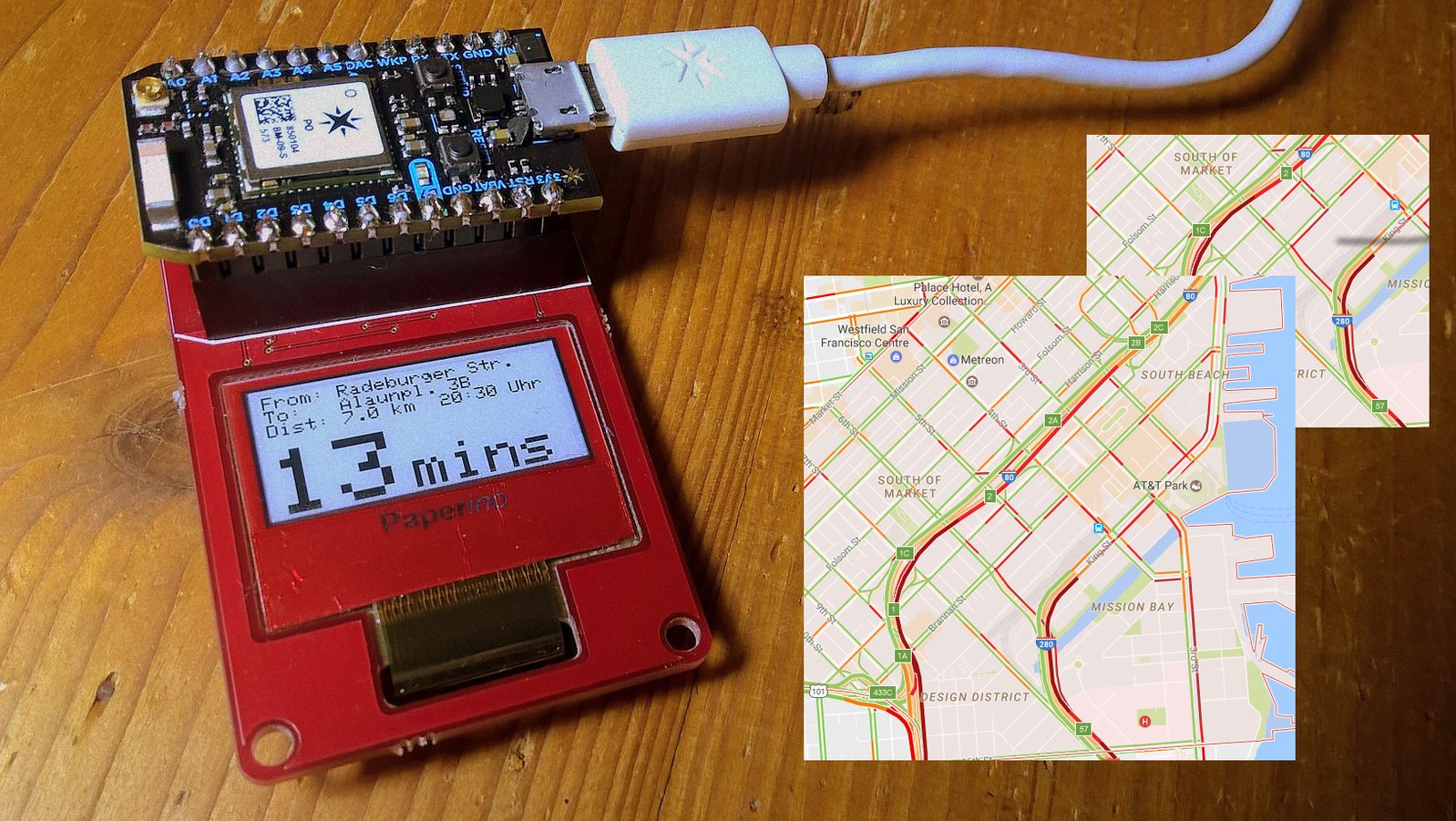 In one of the previous backer updates, we described two update modes: Full & Partial updates. Both support four grey levels and need around 800ms at room temperature to drive the display. As an example, here is a progress bar based on partial updates:

Okay that takes a while. In general, ePaper displays are not well suited for animations but rather for static content that only updates once in a while. But there is a bonus update mode in the display controller for that: it’s called "mono" or "fastPartial". It only drives pixels black and white (so no four gray levels in this mode) and takes around 250ms for an update. The same animation as above using the mono update mode looks like this:

If you have any more questions or comments please feel free to ask!