Please find below an update on our current manufacturing status, the answer to an often raised question about Raspi-compatibility, and the implementation of two new simple functions to the library. We can’t wait to see you playing around with the little Paperino dev kit! 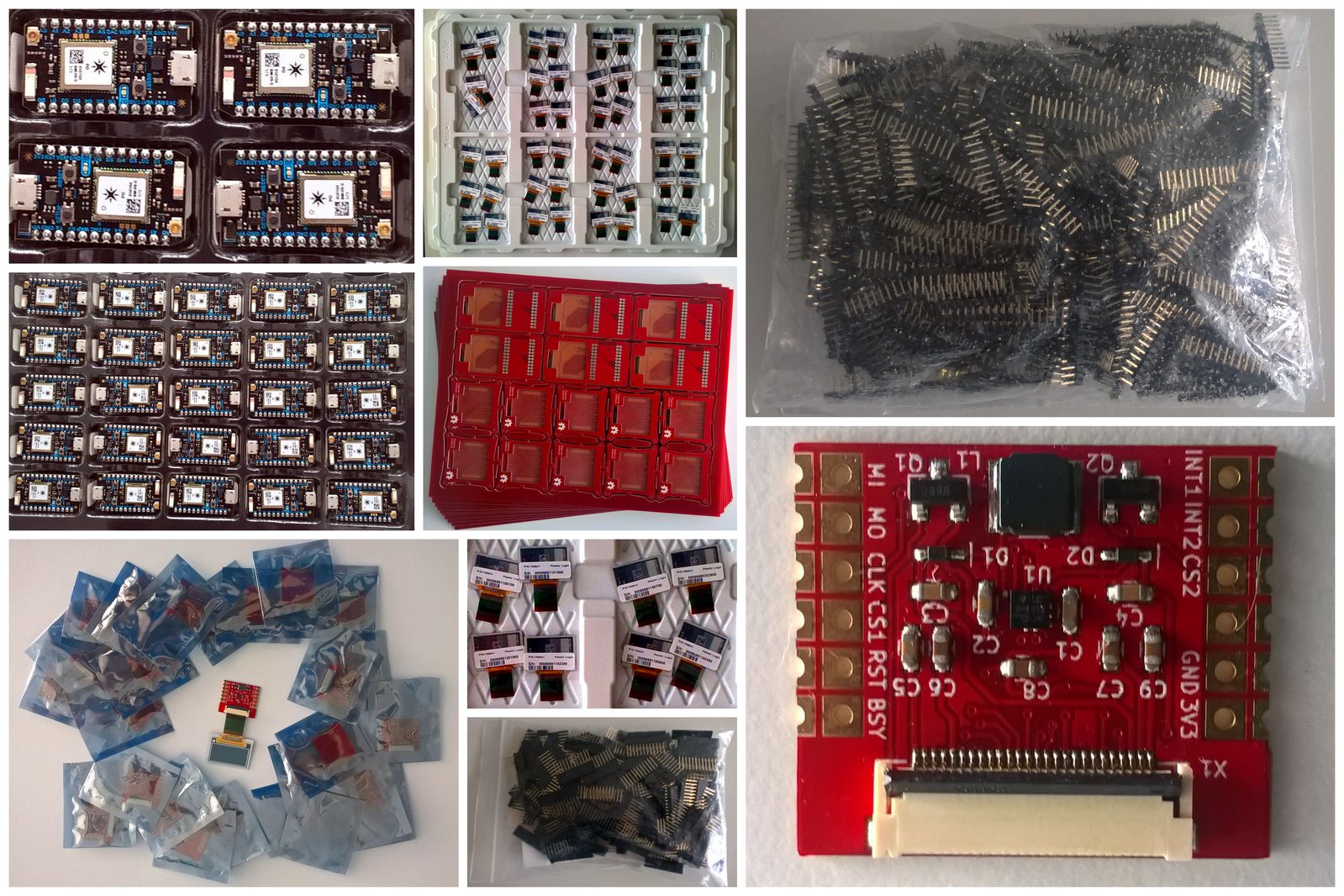 This week we received all the e-paper displays from Plastic Logic and the first 25 assembled driver modules from PCBways! The driver boards work nicely and look much better than our previously hand-soldered prototypes ;-)! The PCBs and connectors for the shields + breakout boards have also arrived. We decided to go with stacking headers for the shields, so you can combine several Particle shields at the same time (e.g. the LiPo battery shield & Paperino shield). The next step is to manufacture the screen-printed front covers and to test the complete assembled units once the remaining driver boards arrived. So far, everything is on track and we will keep you updated soon!

Will Paperino work with the Raspberry Pi Zero W?

As of today there is no Raspi-compatible Paperino library available. However, at Particle there is currently a project running (as beta version), which allows you to program and run Arduino sketches on the Raspberry Pi. It took me a while to go through this setup process; however once this is done you can nicely compile & run the sketches directly out of the Particle Web IDE. So, by using this approach, it would be possible to drive the Paperino display with the Raspberry Pi too (plus having access to the Particle IoT cloud).

As wished for in the last survey, we’ve implemented two new functions to the Paperino library: scrollText() as the name suggests scrolls a given string, and RSVPText(), which shows sequentially the single words of a string on the screen.