We received a bunch more units from the CM. Here’s another batch of 360 units still on panels after the surface mount parts have been assembled: 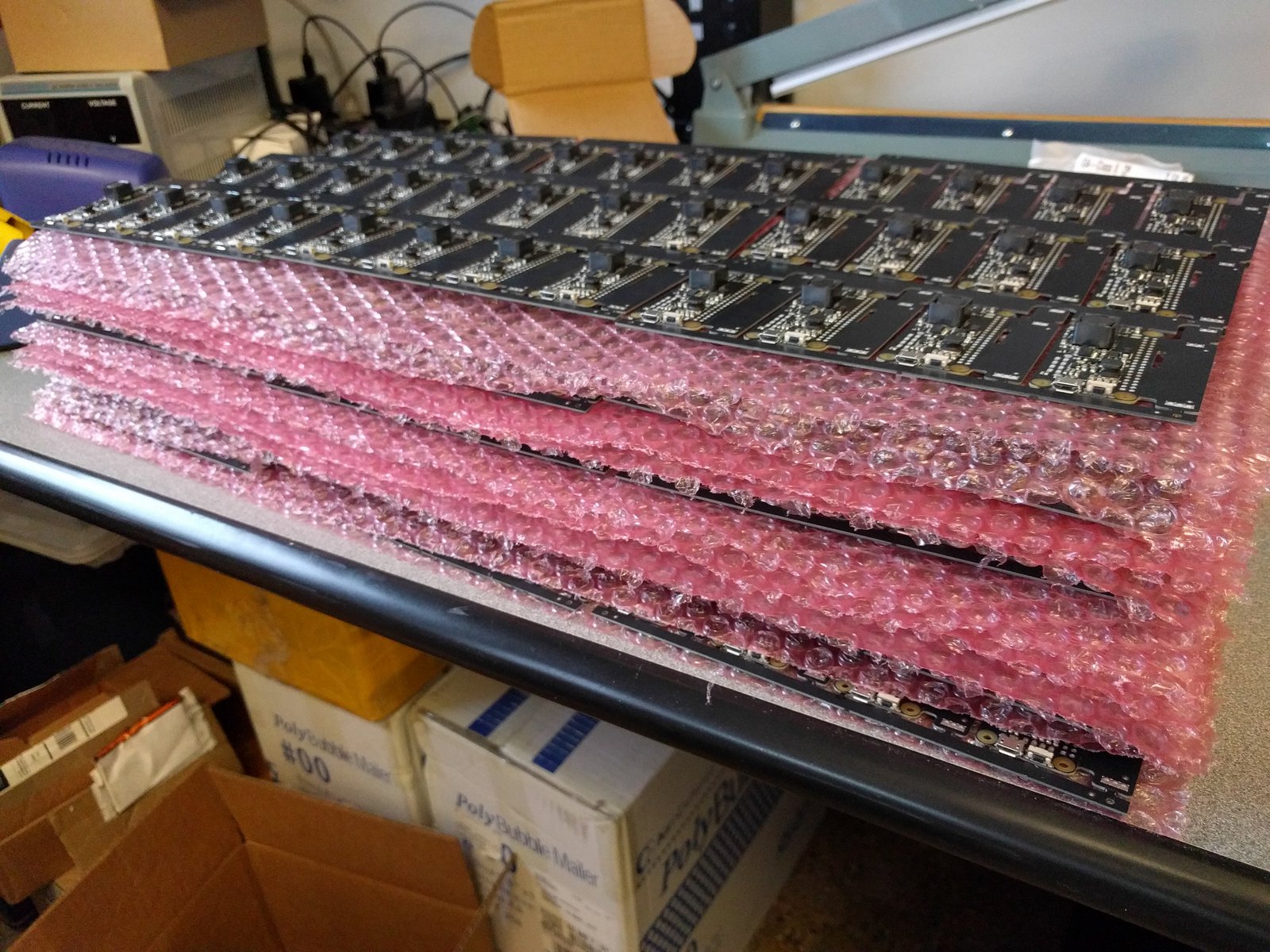 I break them out of the panels on the "mouse bites", and test them on the programming and test fixture: 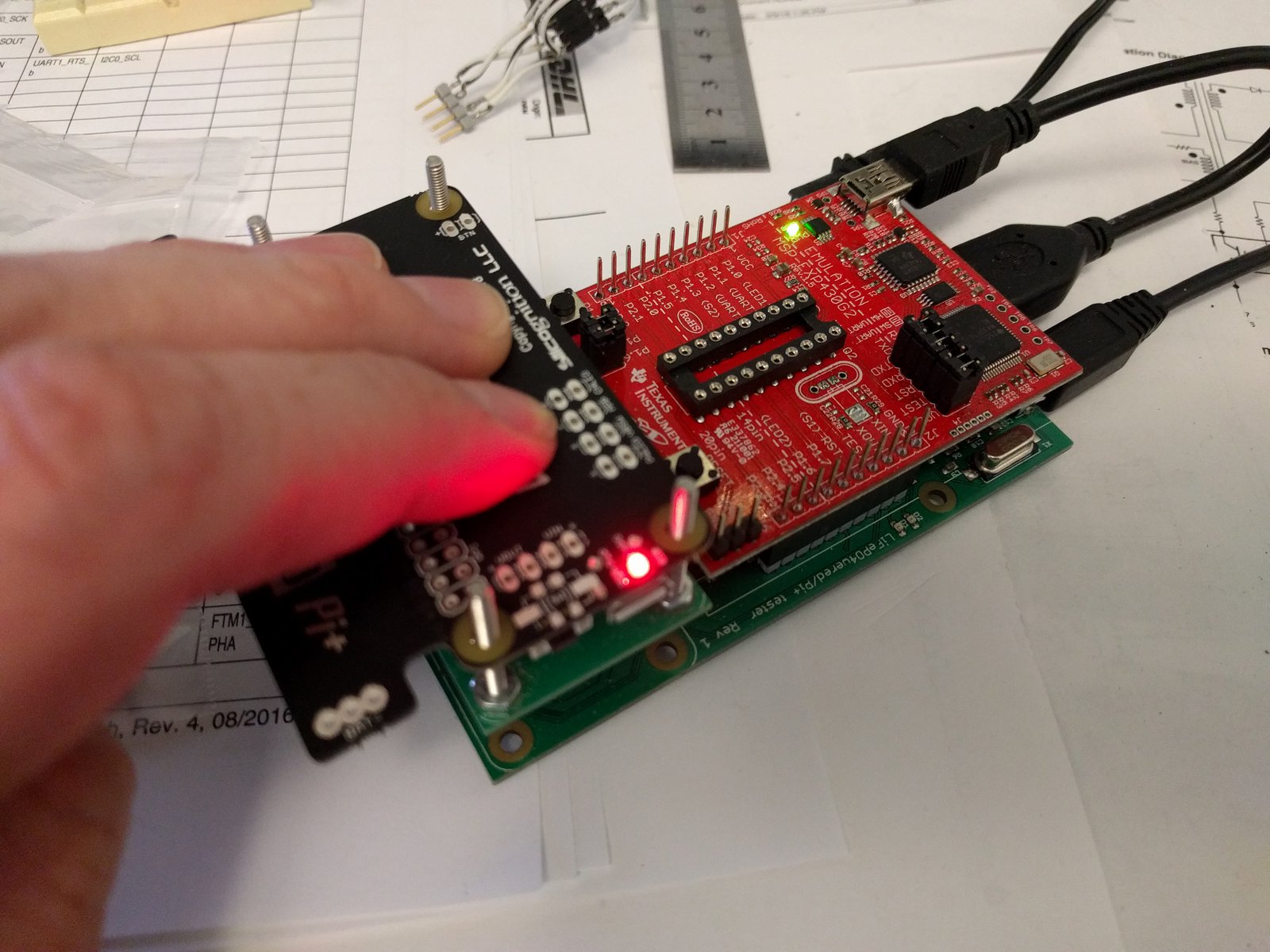 The test fixture has a "bed of nails", pogo pins that connect to various pads on the PCB to program the microcontroller, apply voltages, provide loads, measure voltage levels and communicate over the I2C bus. It programs the firmware, tests various functions of the board and calibrates the voltage readings for each board under control of a PC program written in Node.js.

The reason I’m still doing programming and testing myself is that it’s still early days, the test fixture and program are not fully stable yet and need some baby sitting, plus I like to see what kind of failures show up in early production runs.

After programming and testing, the boards go back to the CM to have the 40-pin header installed. Then when I get them back, I assemble the battery holder and battery and run the final test: I connect every unit to a Raspberry Pi, boot it using the LiFePO4wered/Pi+, check that it runs correctly and shut it down.

Then there’s packaging. My family has been helping a lot with this, here’s by wife sealing bags and my son putting together mounting kits: 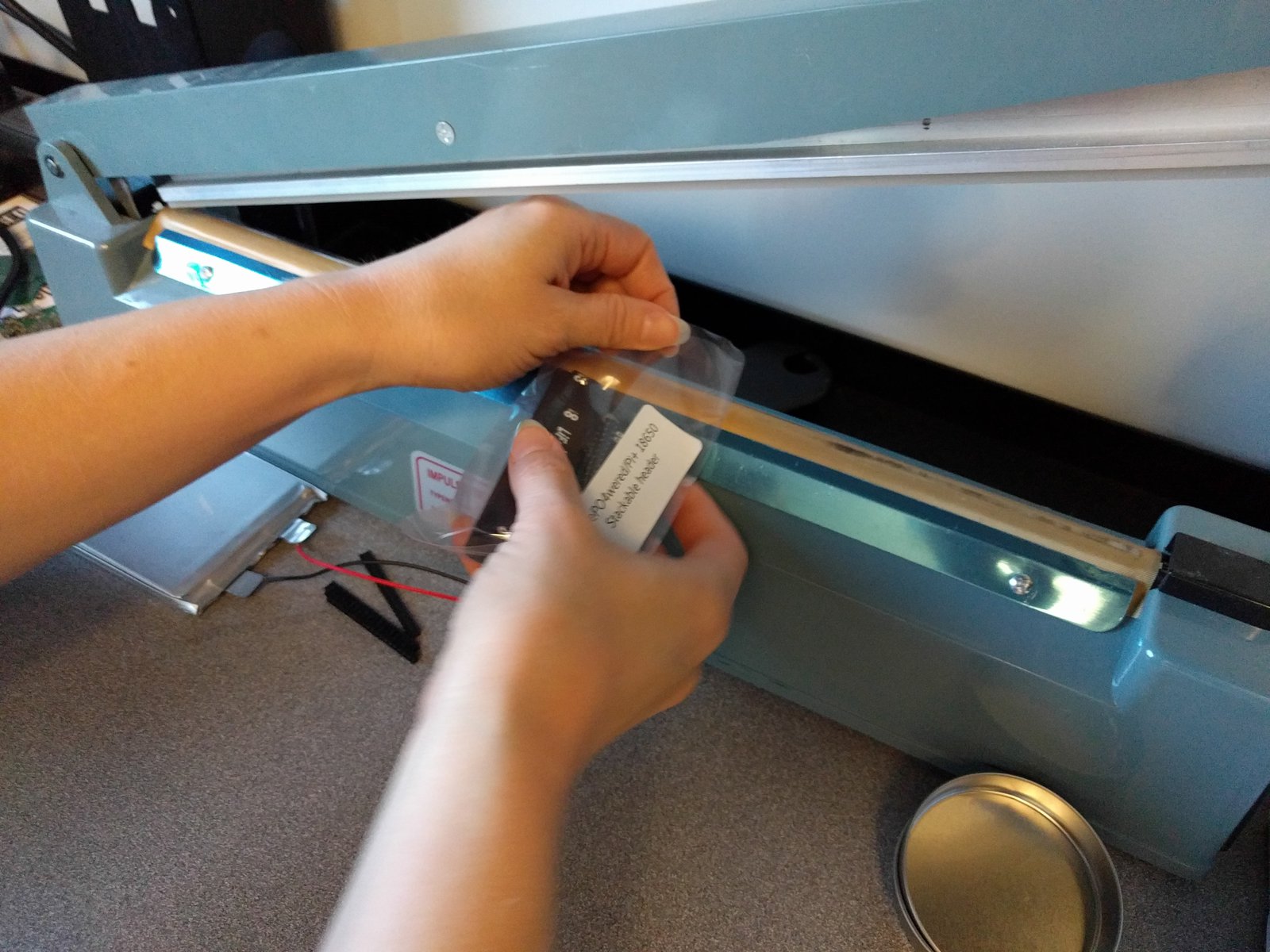 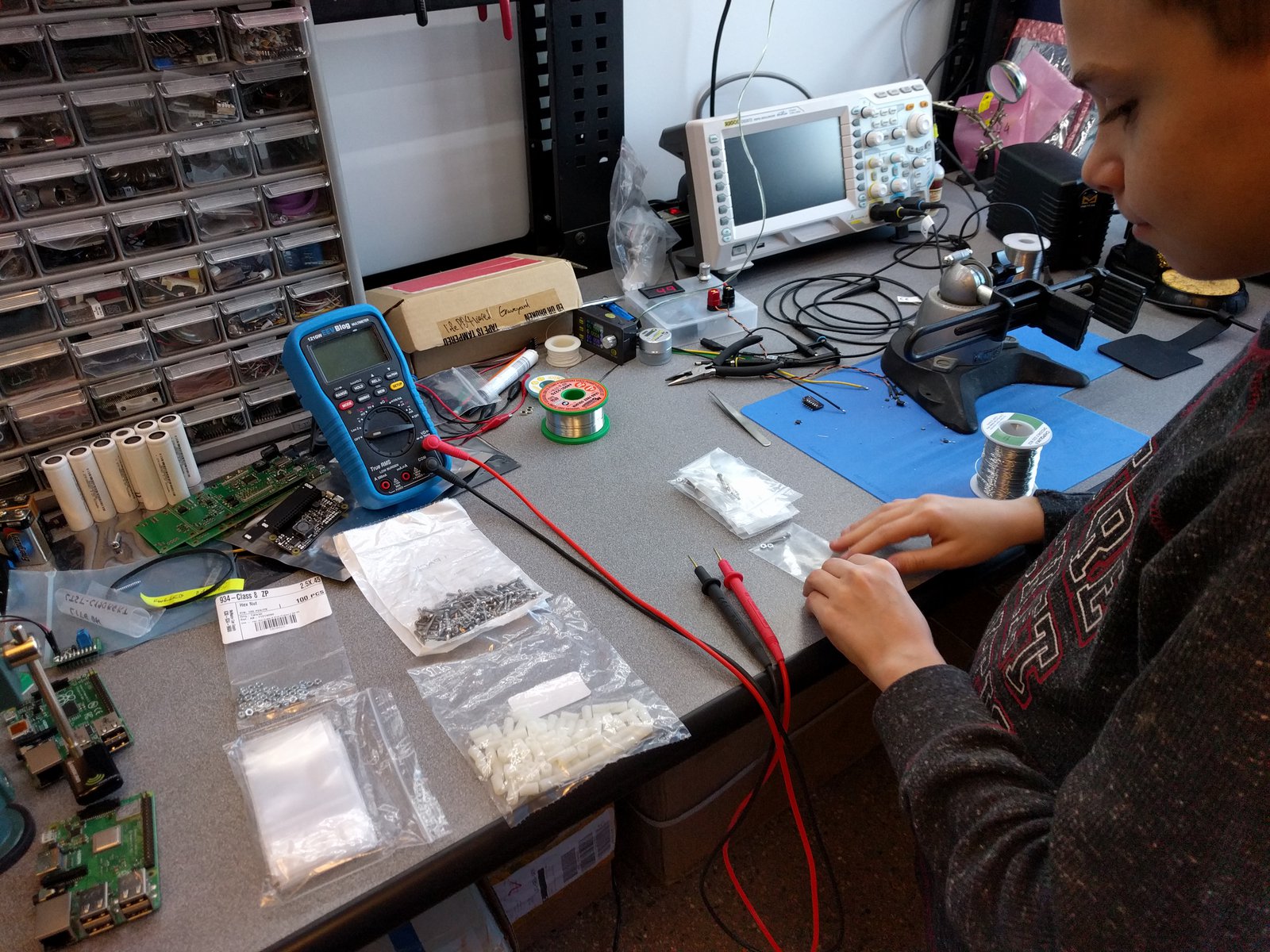 Then we put them in a box and ship them to Crowd Supply for distribution to you backers!

We just shipped out another 133 units. These should hopefully ship out to individual backers before the due date of December 15. However, I don’t know if that covers everyone who was given a ship date of December 15. To be honest, the current implementation on Crowd Supply is not very clear about that. Pre-release units that are being ordered at this moment are still added to the 10/25 due date in the order summary page I can see. So if it’s confusing, please don’t blame me — it’s confusing to me as well. :)

Red LED on when not plugged in

We have received reports of a few units that have the red CHRG LED on even when not plugged in. Crowd Supply returned four units to me that they found in this state. By the time they got to me, two of them didn’t have the LED on anymore while two still are in this condition. We’ve begun to analyze these units and are trying to figure out what makes this happen.

Oddly, this problem only appeared in the middle of the campaign delivery, after we switched to the second batch of 1000 units. This behavior was never observed in units of the first batch of 300 units that was built earlier this year. At this time we are not certain if there might be an issue with a different lot of components, a process change at the CM or something else entirely. But if you have a unit with this issue (and it keeps doing it—some units seem to be self-correcting), you can contact us.

As far as we can tell, these units operate completely according to spec when used as a UPS. The only problem is when unplugged, the battery will discharge quicker than normal due to current leaking into the charging stage. The biggest concern is how deeply the battery will discharge in this condition. We haven’t determined that yet, but if your unit has this issue and is not plugged in, in might be best to take the battery out for now so it doesn’t discharge too deeply. If it is plugged in, there is no reason for concern.