The first backers have been receiving their rewards, so we’re starting to see some cool projects! Plus, an update on shipping progress.

It’s both exciting and stressful at the same time when people start to receive your product. Will they be happy or disappointed? Is the documentation clear enough to give them a smooth path to installation? Did I forget to mention something very important that may have half the people blow up their unit on the first try?

Luckily, nothing so bad has been happening or I would have heard about it by now. :) There have been a couple of issues reported. One customer seems to have an issue where his LiFePO4wered/Pi+ fails to communicate with the Pi over I2C. We’re still working on that one, but since both his units exhibit the same problem, I’m thinking it’s a system configuration issue. Another customer had his unit arrive with the push button broken off. I’m hoping that something really weird happened there and I won’t see more of those popping up. I haven’t seen this issue before with my business customers, but those were bulk orders, not single units. And most of them were domestic shipments, not international.

What’s more exciting is projects popping up from backers using their LiFePO4wered/Pi+. Here’s a really cool build from @elkentaro on Twitter: 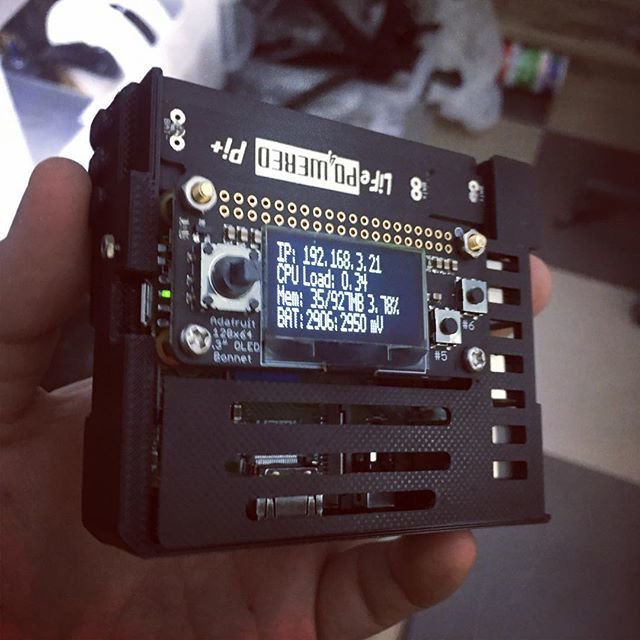 Meanwhile we are working hard on filling the remaining rewards as soon as we can. I just sent another shipment of 60 units to Crowd Supply: 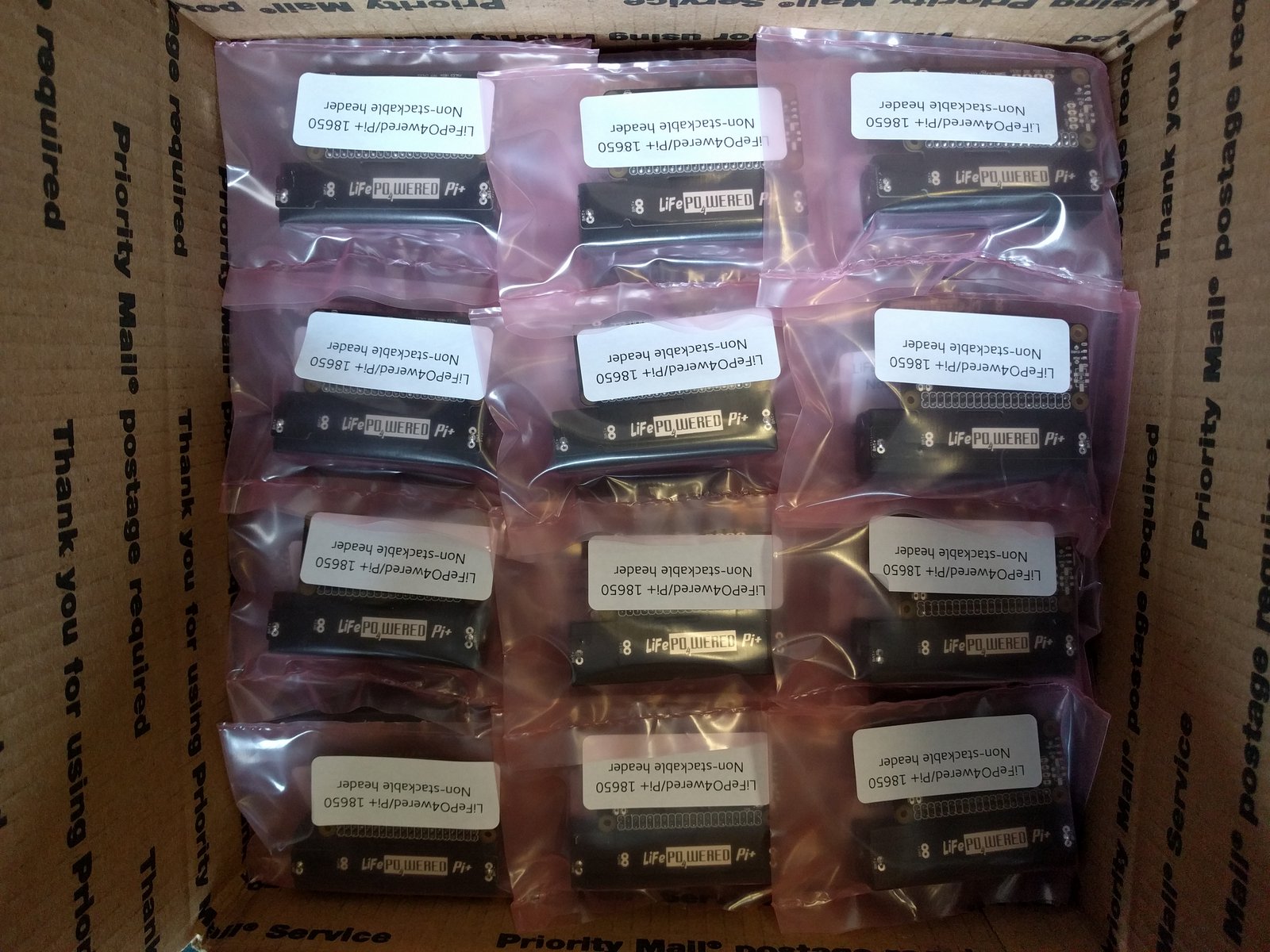 Colorado Tech Shop is unfortunately running behind schedule. We will do our best to get everyone’s rewards out before the December 16 due date, but we may not be able to make it. We should be able to beat the February 1 due date though. :)