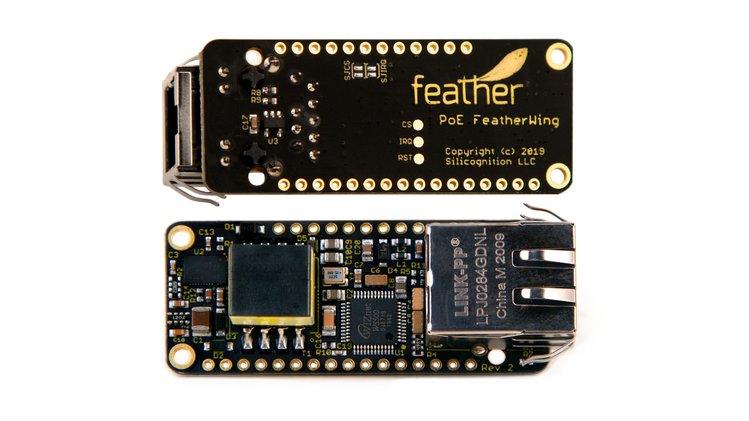 The PoE-FeatherWing campaign is finally live! It took longer than expected, mostly because I was too busy with other projects. :) But now you can finally get one!

While the idea was sparked in late 2018 during my wESP32 campaign, I really only started working on it in November 2019. Overall the project has moved along quite well (for a side project). That doesn’t mean there weren’t challenges though—there were plenty and I’ll talk about some of them in future campaign updates!

As always, a crowd funding campaign is only as successful as its backers make it, so I’m depending on you! I’m very excited about this project and the possibilities it enables, and I hope you are excited about it was well. If so, in addition to your own pledges (thank you!), please spread the word to your friends, family members, colleagues and pets! Many thanks!