As famous professor said: "Good news, everyone!" Except this time it’s actually good news: We received the first shipment of BNO085 chips - the main chips used in SlimeVR and the cause of all delays. We have the first 500 on hand with more coming by the end of March. 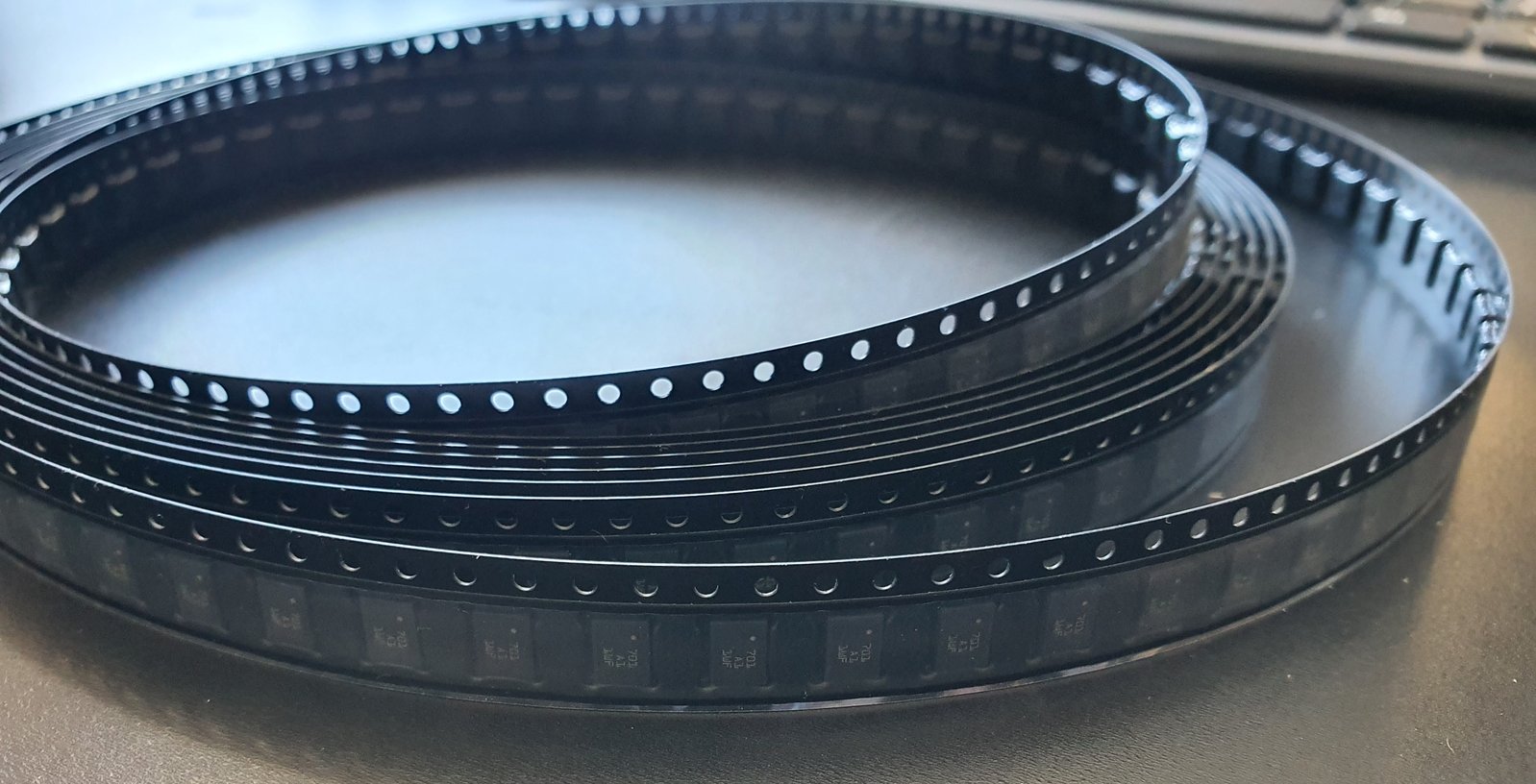 As we mentioned in our previous update, these first chips will be used for testing, setting up production, evaluation, and sending to reviewers. These 500 chips along with other parts will be sent shortly to our manufacturing partners to be turned into IMU modules that then will be used to build SlimeVR trackers. 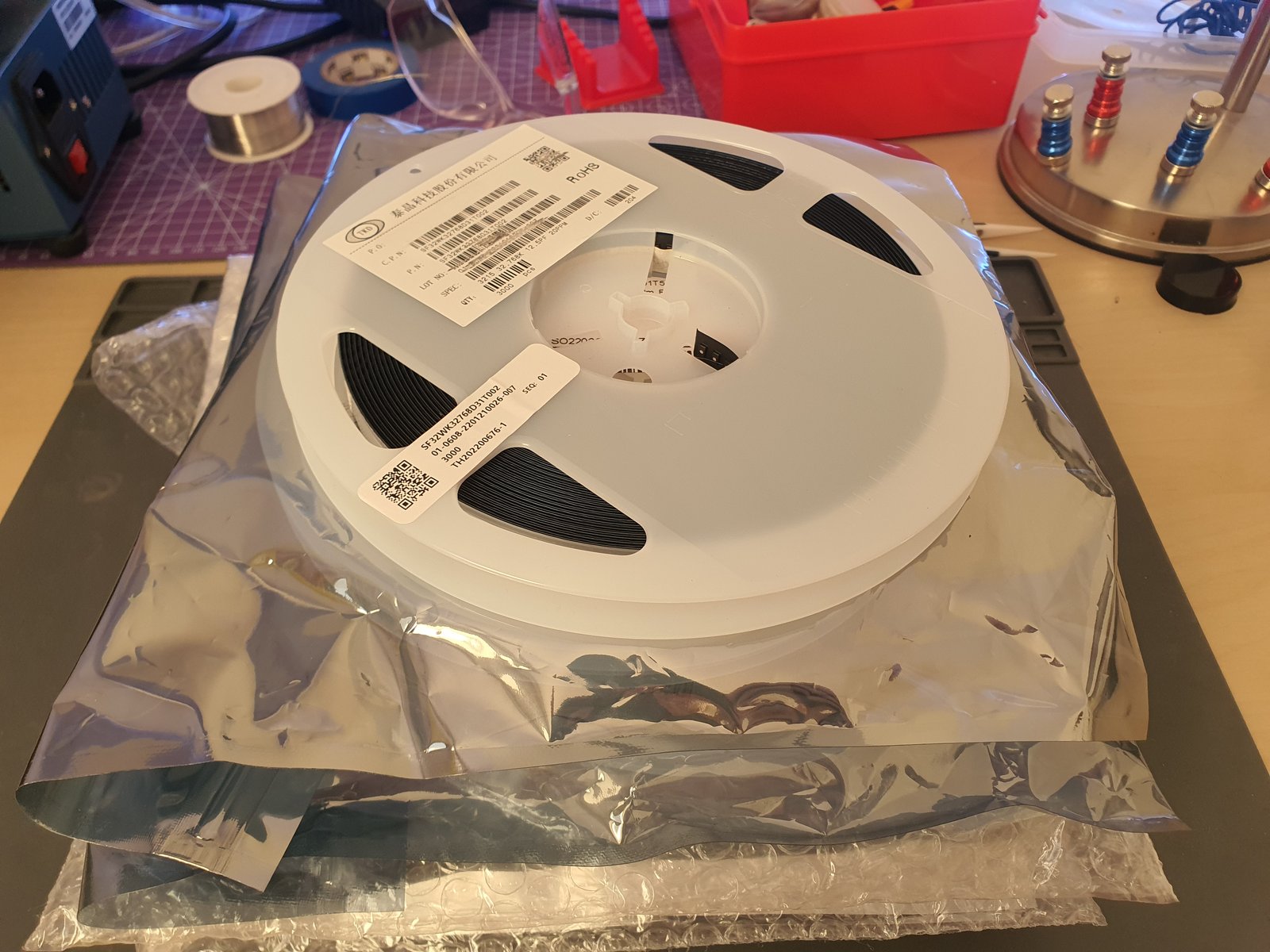 Some other components for use in the IMU modules

Here’s a bit of our ugly experiments trying to hand solder the chip to the module. Of course, our manufacturing partners will do a way better job by using specialized machines (which are way better than people at soldering LGA components), and the module itself will be prettier. 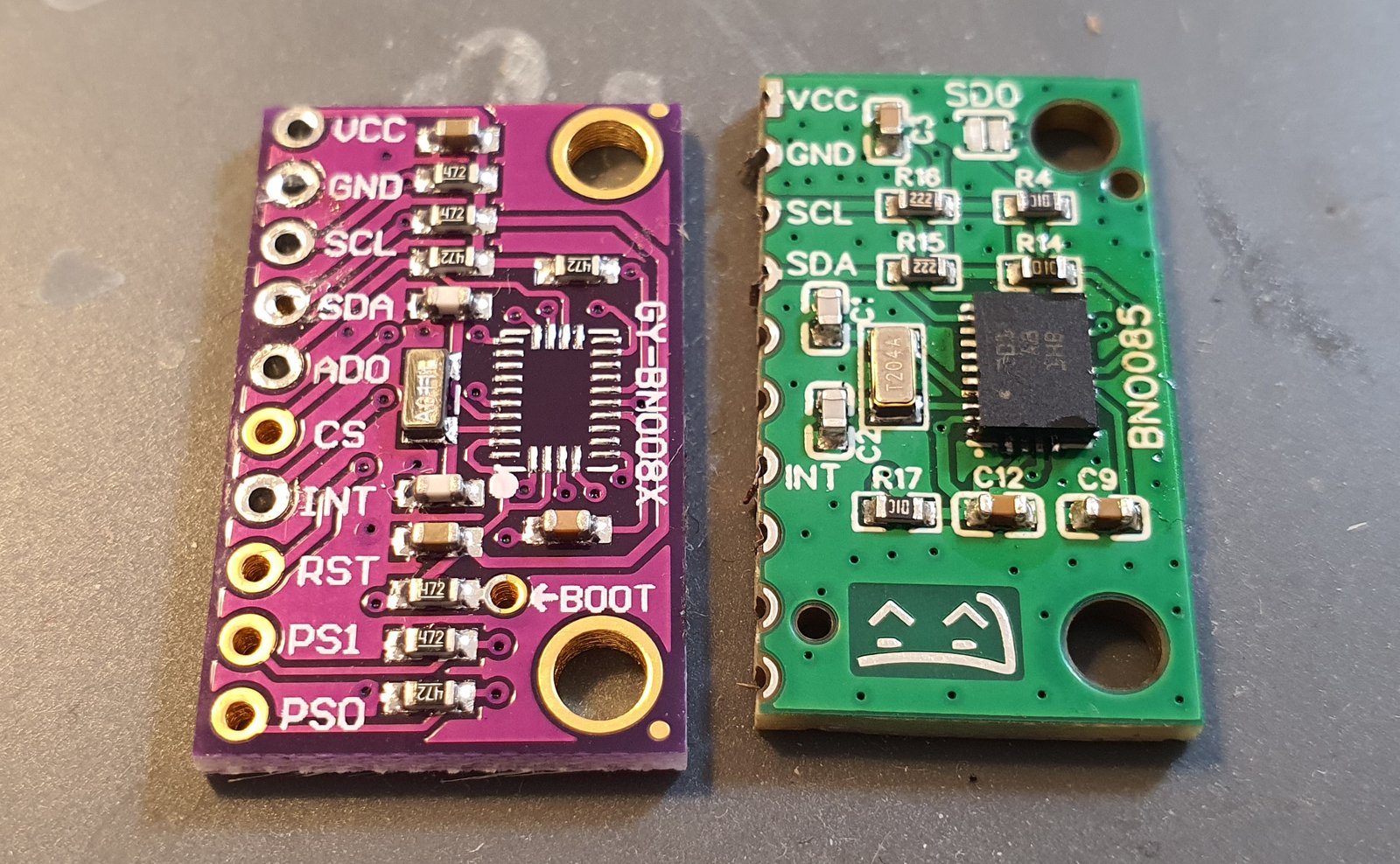 BNO085 module from AliExpress (that donated the chip for testing purposes) on the left and BNO085 prototype module for SlimeVR (that is badly hand soldered).

Along with the modules, we are finishing and ordering main SlimeVR boards that will house the module and provide everything else to it - like power, Wi-Fi and USB connectivity. Something like that. Once again, it should be way prettier in the end because the module will have a castellated edge and will be thinner. 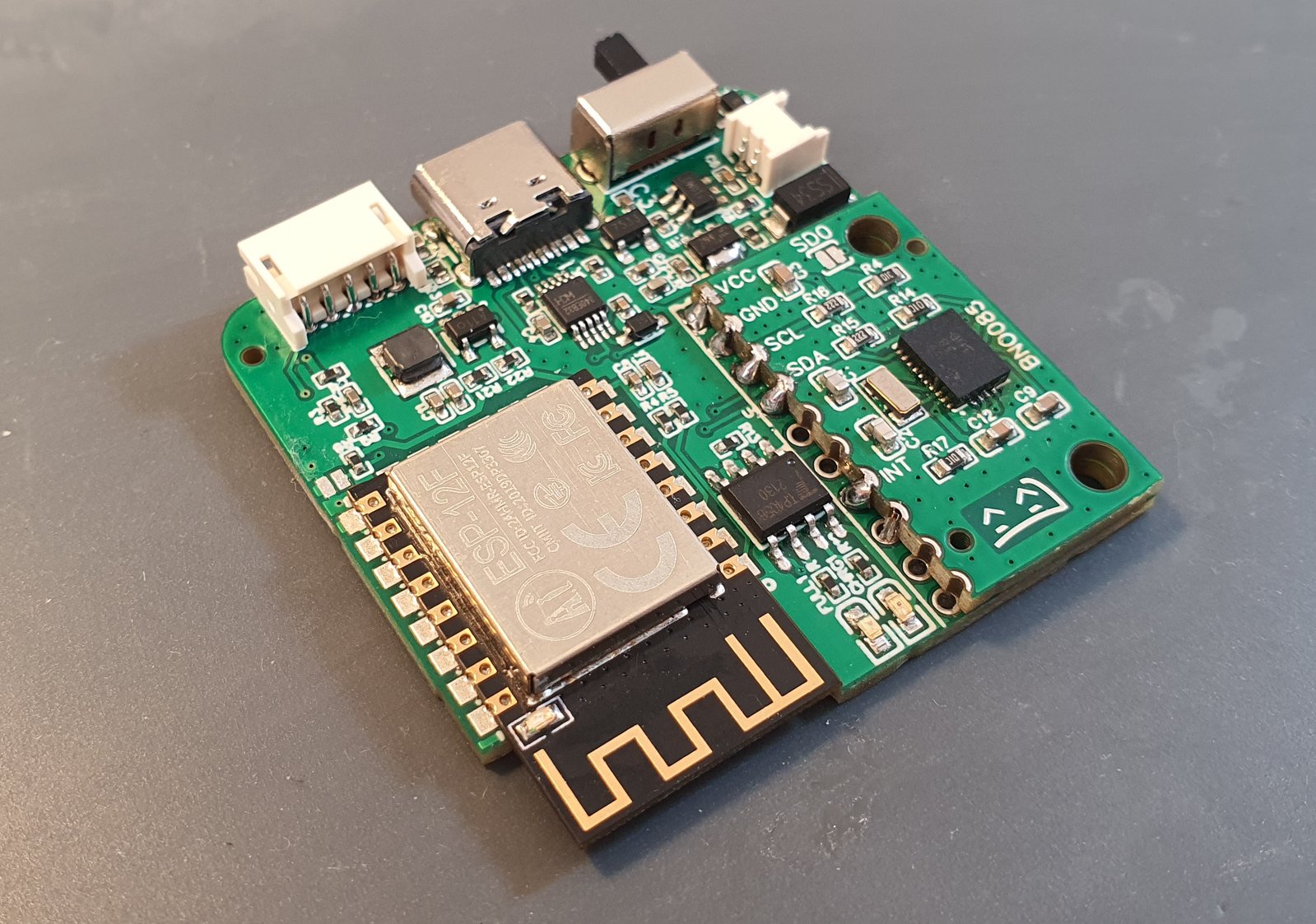 An assembled prototype of SlimeVR board, Revision 9.

Why not solder the BNO085 chip right on the main board? This was the plan originally, but due to logistics it’s easier for us to manufacture them separately and then solder together. This would save a lot of time and money on a need to ship parts through borders, as well as simplify testing. An added bonus for enthusiasts: parts of SlimeVR could be reused in the future for other projects if you for some reason won’t need them anymore! For example, we reuse old test SlimeVR boards as a base for IoT devices for smart home :D

Of course, SlimeVR is not only the PCB. We are also ordering other things: batteries, connecting cables, USB cables, straps, boxes, cases for the first set of review units. Speaking of cases: cases for review units will be 3D printed, because we are still iterating best designs together with the community, which is why we haven’t ordered molds yet.

All of this should be ready and shipped to reviewers at the start of April, and then we will be working on ramping up production for backers. So far, all goes as planned from the last update, which is rare in the year 2022! Look forward to the next update :)

Since way more reviewers will get their hands on SlimeVR soon, our plan for March is to get software to way higher level. This includes fixing bugs, ease of setup and troubleshooting, so there will be a lot of updates. If you wanna see our weekly Dev Updates or see smaller updates as they come, join our discord server!

Make VR not war. See you next time. Stay safe.