The Tinusaur OLED Display has two main components: the ATtiny85 microcontroller and the SSD1306 OLED display controller. The SSD1306 chip is a popular choice for controlling OLED displays, which are readily available online. 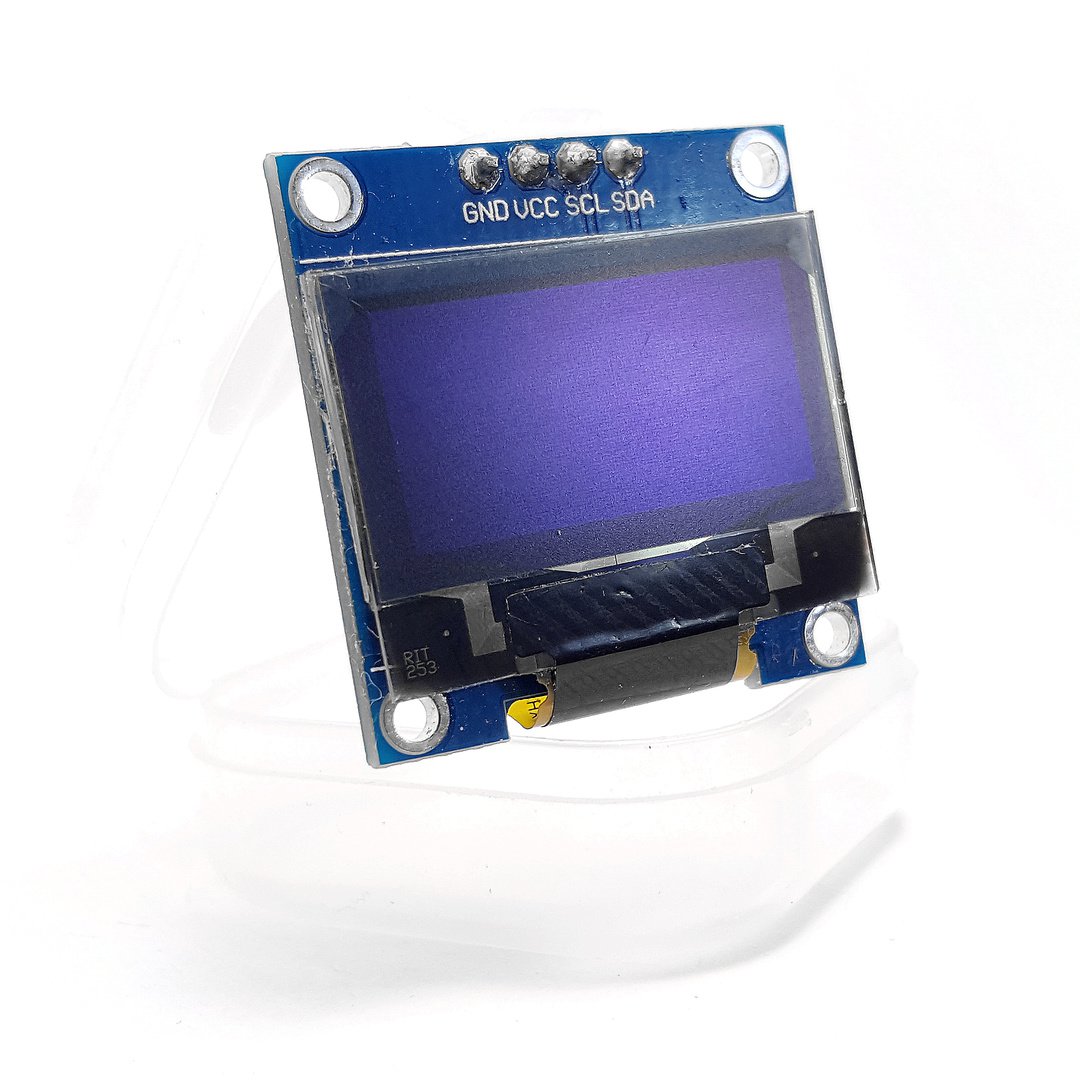 Such displays can be used to display any number of things, from basic text and numbers, to complex game animations. Back in 2014, we wrote a small, open source library, called SSD1306xLED, for the ATtiny85 microcontroller to work with SSD1306-powered OLED displays. The Tinusaur OLED Display project is a perfect hardware companion to the library.

Although using the I2C interface, our SSD1306xLED library does not implement the full I2C protocol, but rather just enough of it to send commands and data to the display. In particular, the library does not support reading state back from the display. This comes with two great advantages: 1) it is super fast, and 2) it is super small. Read on for more details. The library is, of course, open source and all the software is available at https://bitbucket.org/tinusaur/ssd1306xled/.

This is a small sub-library used in SSD1306xLED that implements the subset of the I2C protocol necessary to send commands and data out. As its name implies, the I2CSW library only writes out.

For the purpose of communicating with the SSD1306 controller, writing to it is enough, since the controller does not send any data back. The downside is that the same library cannot be used to receive data from another device, such as I2C sensor modules.

There are two macros to set the SCL and SDA wires to high and to low (1 and 0):

There are also three low-level functions:

The i2csw_start function sets the SCL and SDA pins as outputs and the "start" condition. In other words, it lets the devices connected to the microcontroller know that we are about to send something out.

The i2csw_stop function sets the "stop" condition, which indicates we have finished sending data. It also sets the SDA pin as input so it won’t keep the SDA line HIGH all the time.

The i2csw_byte function sends one byte of data out. It is used to send commands and data to the I2C devices – the display in our case.

Note that the I2CSW library does not handle the acknowledgment condition.

Core Functions for the SSD1306

There are four core functions in the library at the moment:

The ssd1306_start_command function indicates to the connected I2C devices that we’re about to send commands. This is used to configure the controller or to set some parameters such as the current position on the display.

The ssd1306_data_byte function sends two bytes of data to the display controller. This function is used for both commands and data.

Finally, the ssd1306_stop function indicates that we have finished transmitting data. 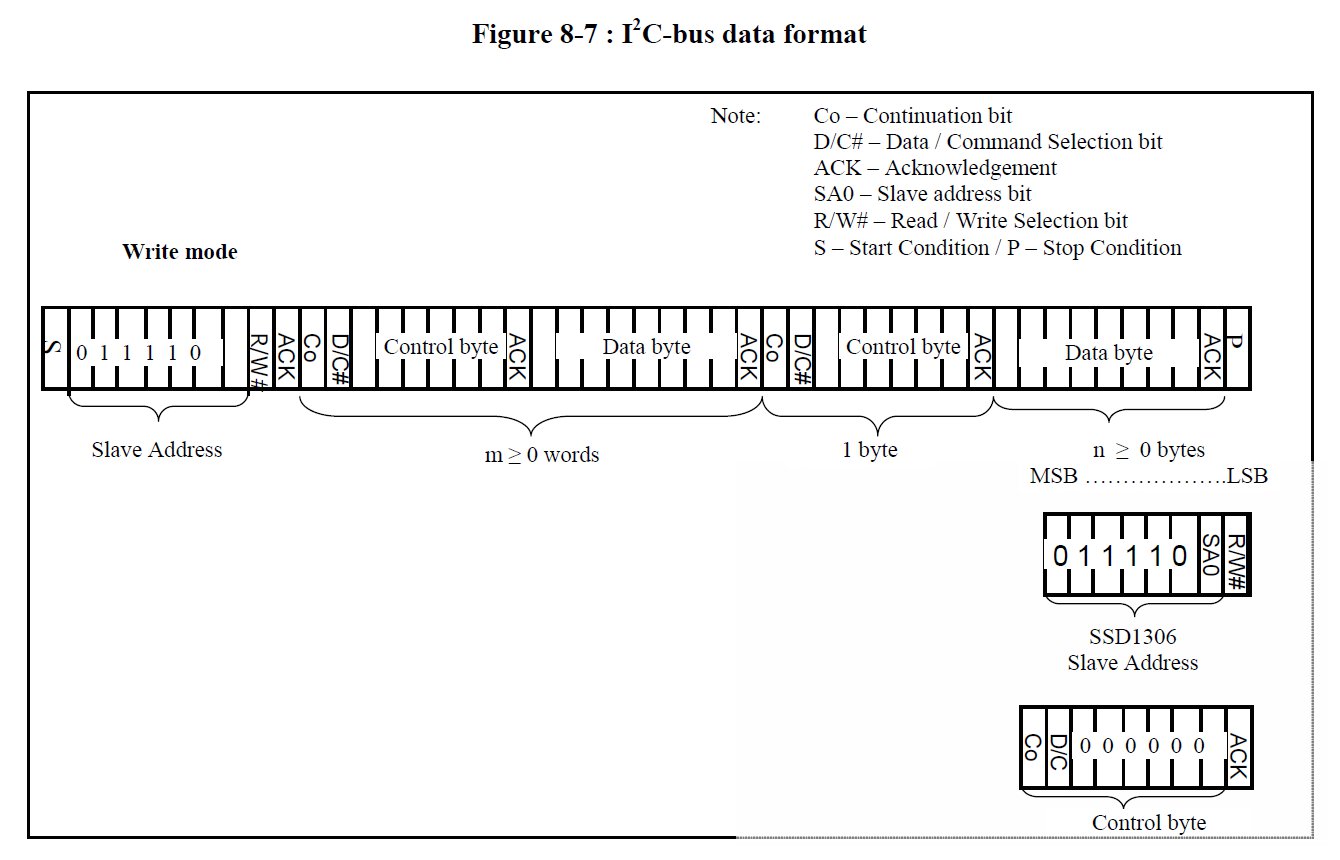 Supplementary Functions for the SSD1306

These are three convenience functions:

The ssd1306_init function sends a sequence of commands that will initialize the display controller so it will work the way we expect.

The ssd1306_setpos function sets the current position on the display. Sending data after this command will display it at that position. From the SSD1306 documentation (Solomon Systech Apr 2008 P 42/59 Rev 1.1 SSD1306):

We are using the horizontal addressing mode since it is the most convenient for drawing shapes or printing characters.

There are three other functions derived from the ssd1306_fill4 function:

The testing script in the ssd1306xled_test1 folder demonstrates the purpose and usage of the library.

There are more functions in the SSD1306xLED library, such as for printing text and numbers on the screen and drawing images, but those will be subject of another update. In the meantime, here are images of the various patterns generated by the tests described above: 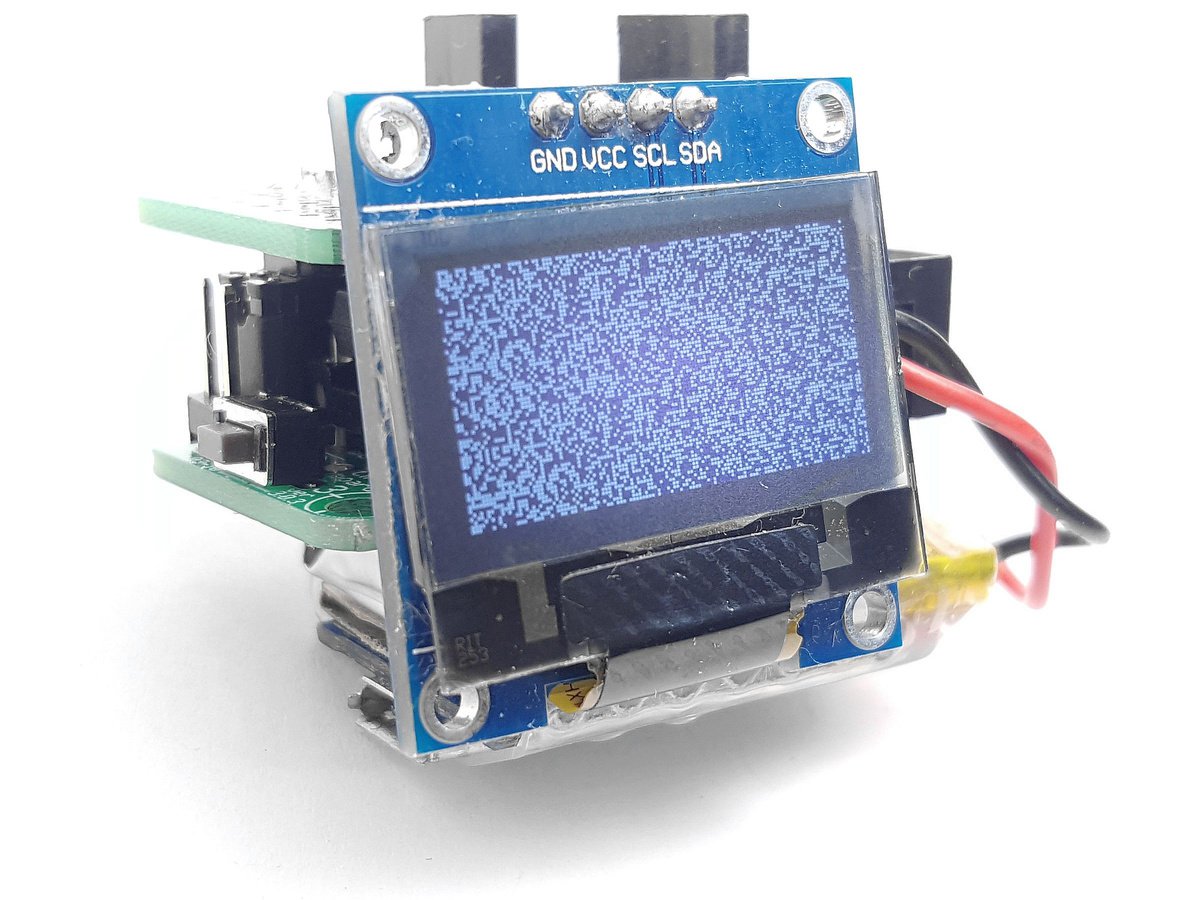 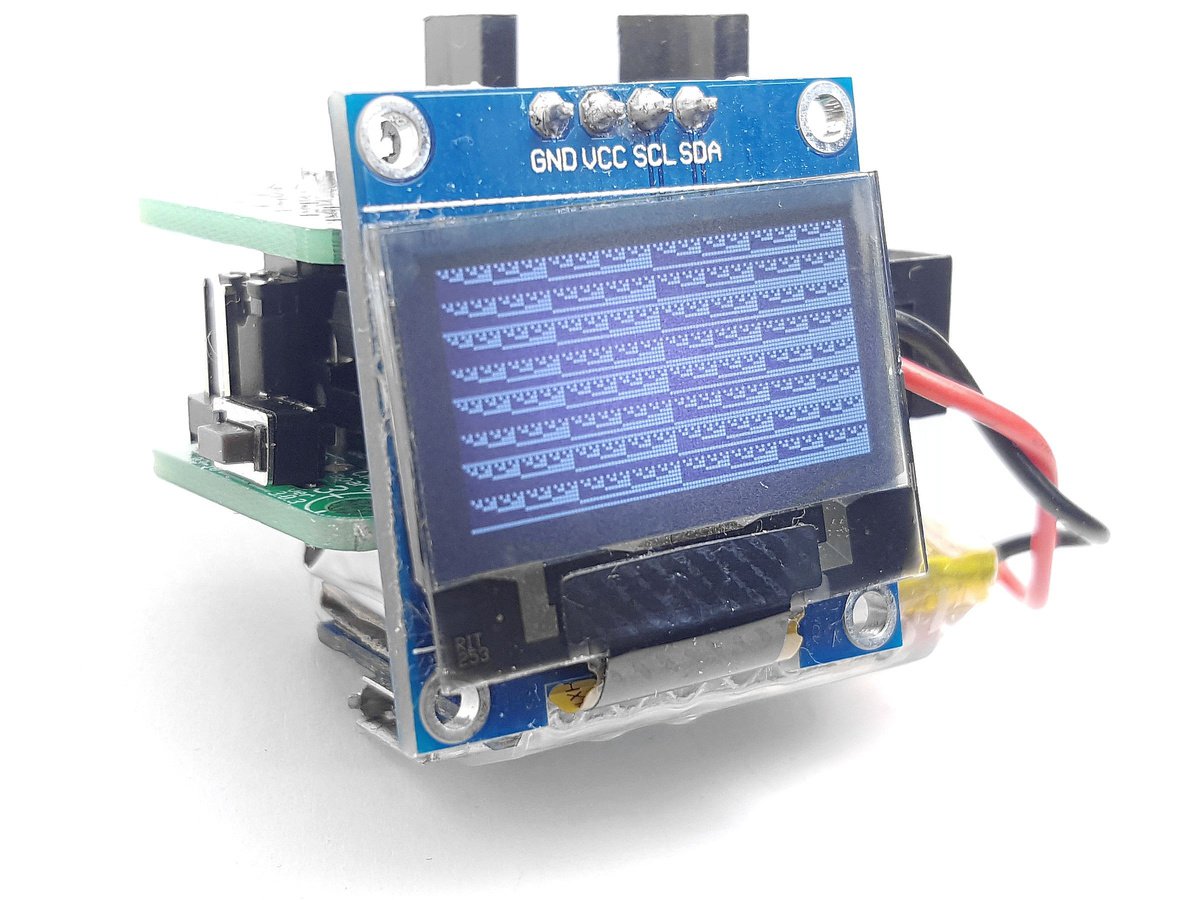 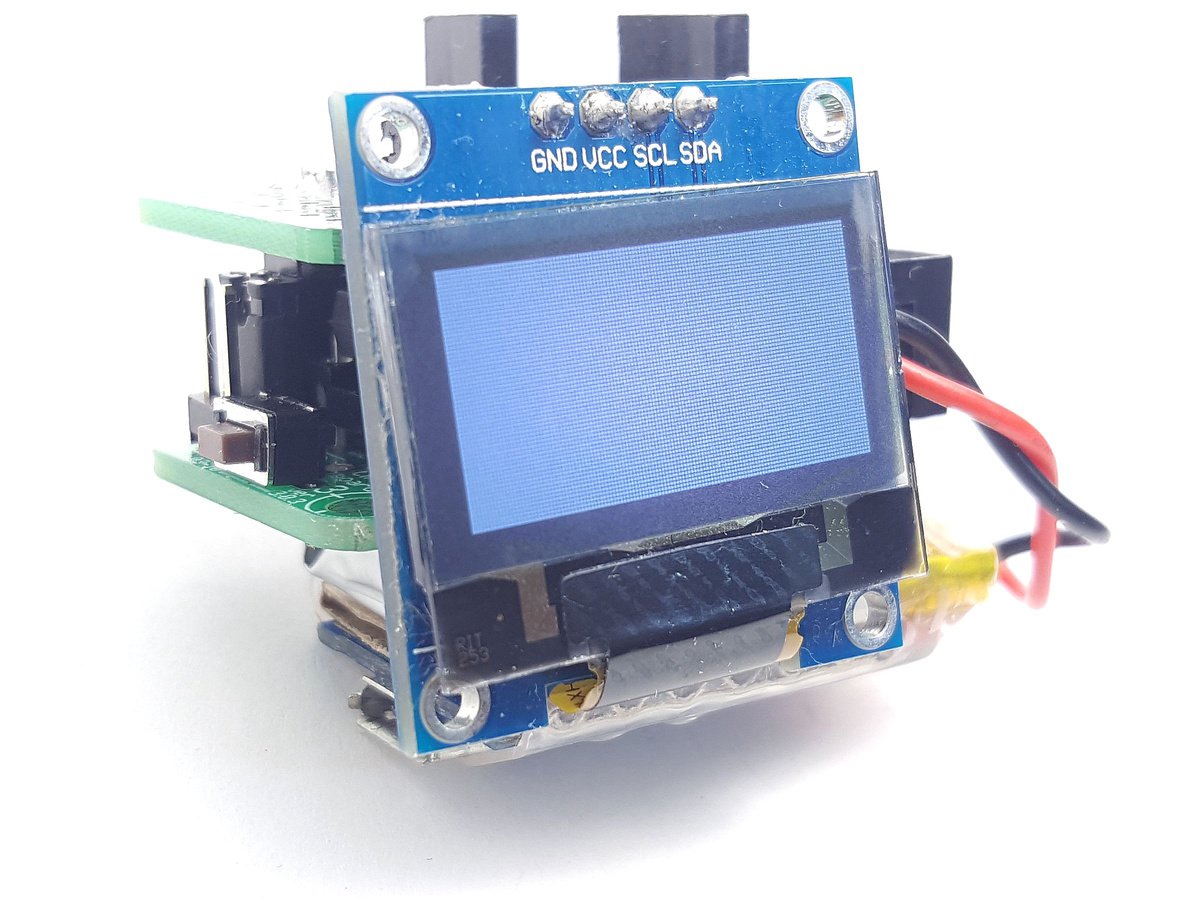 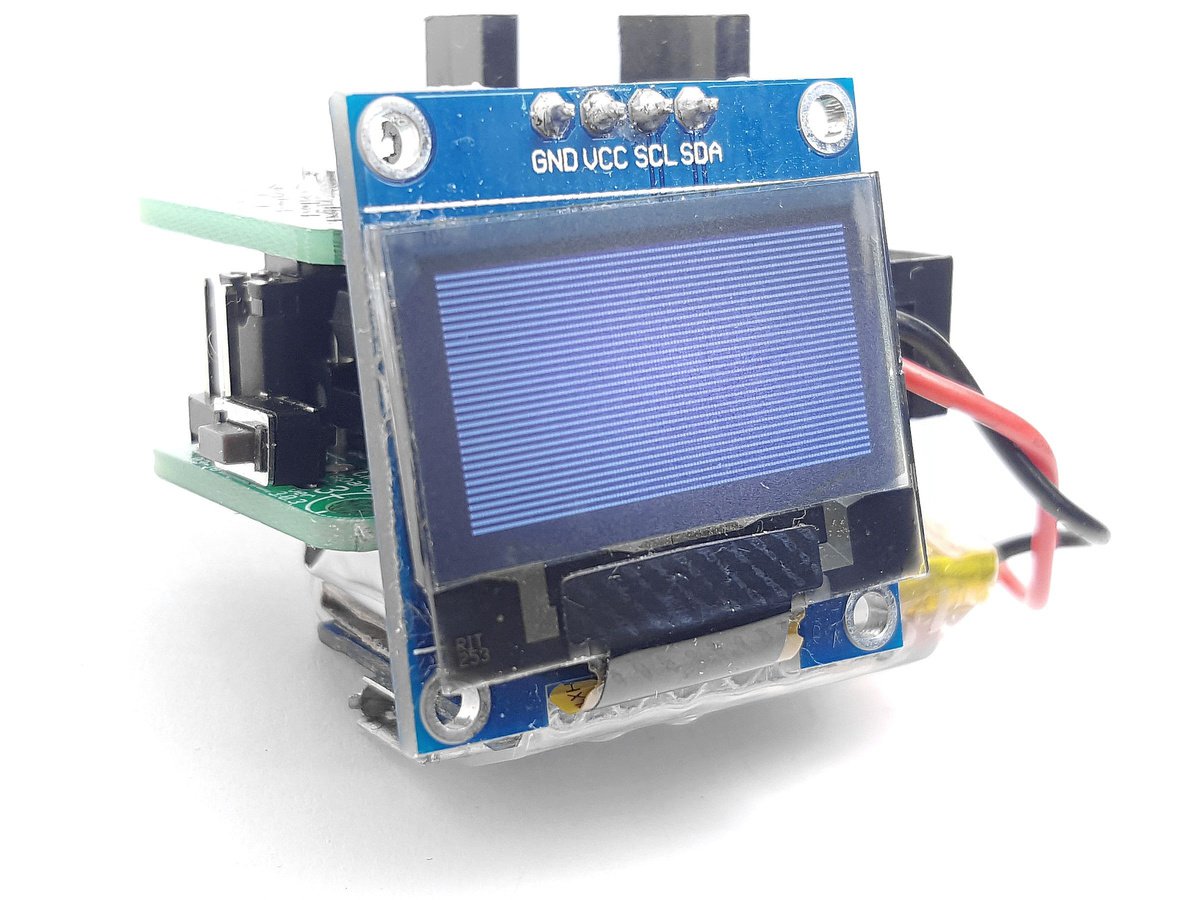 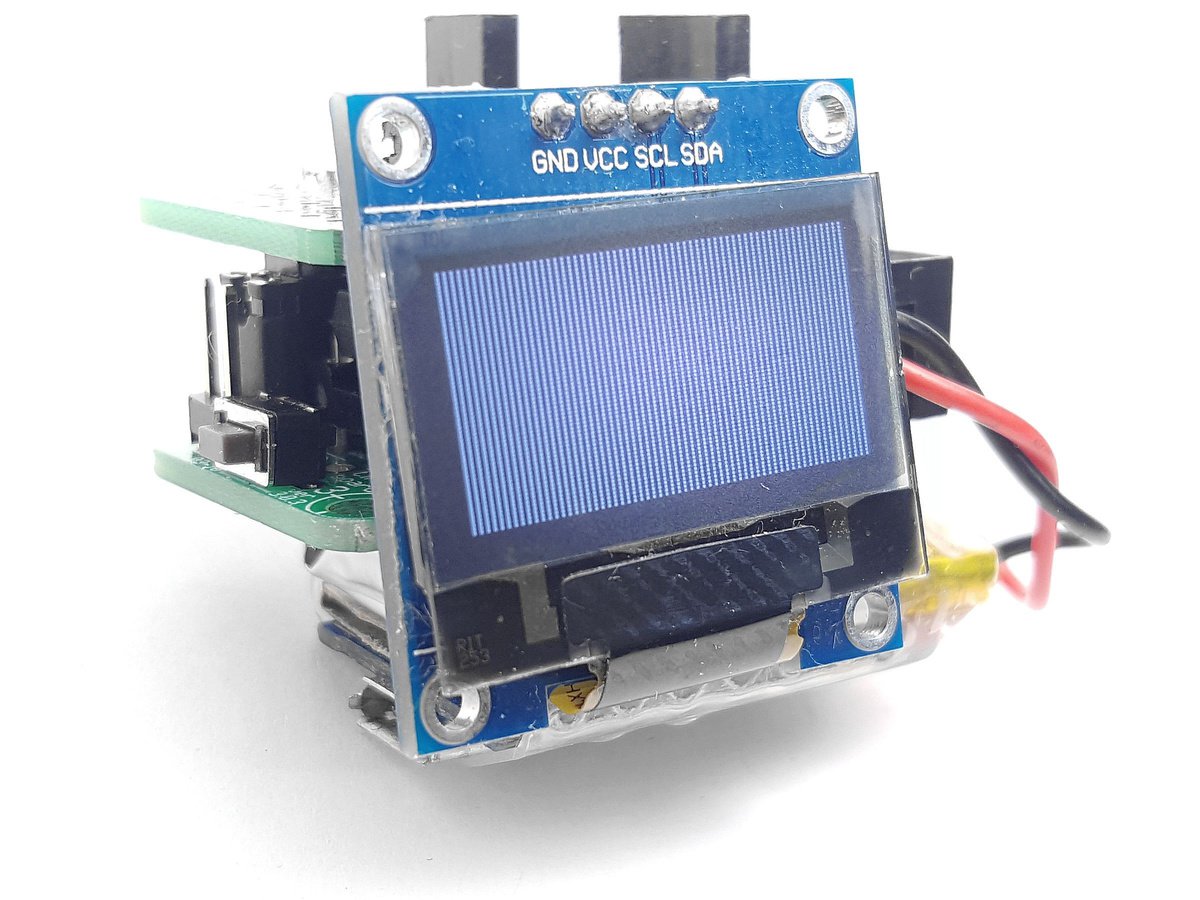 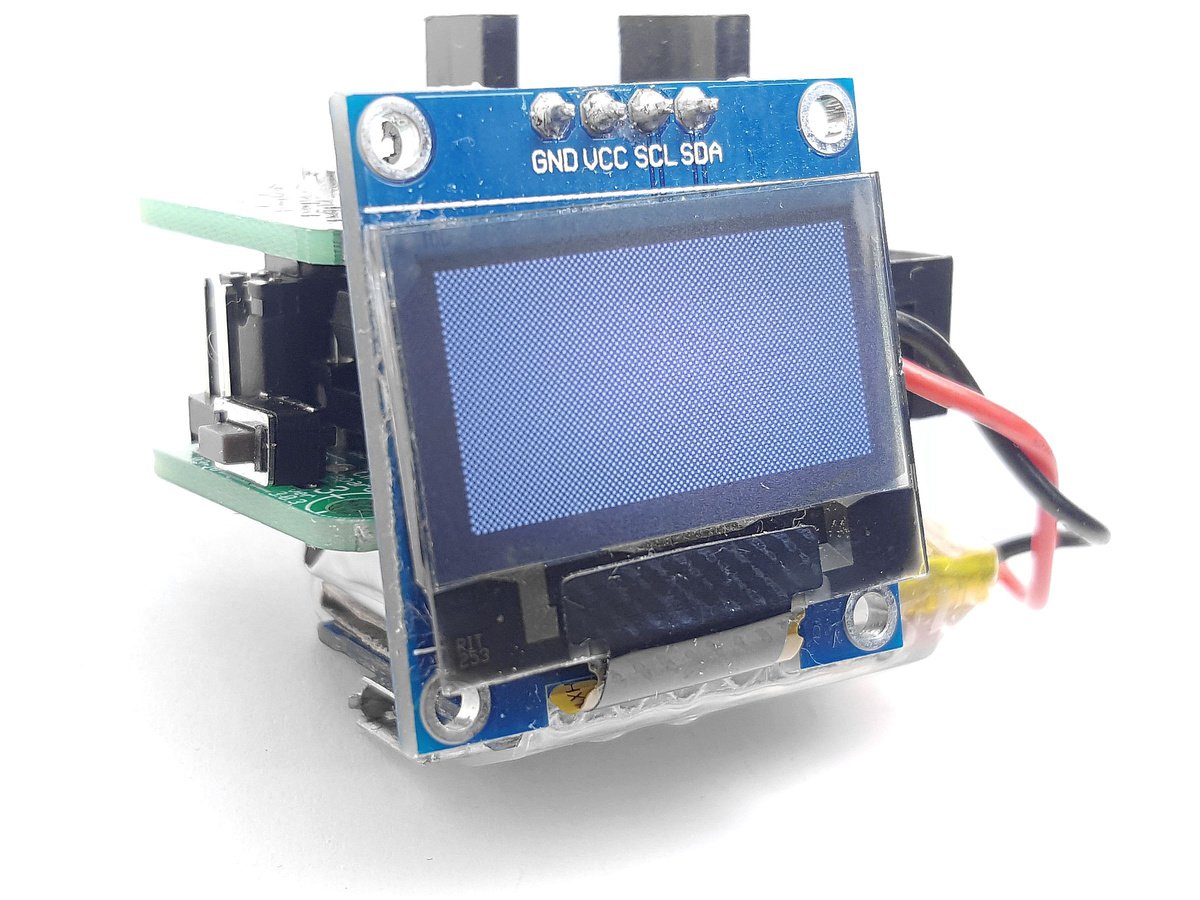 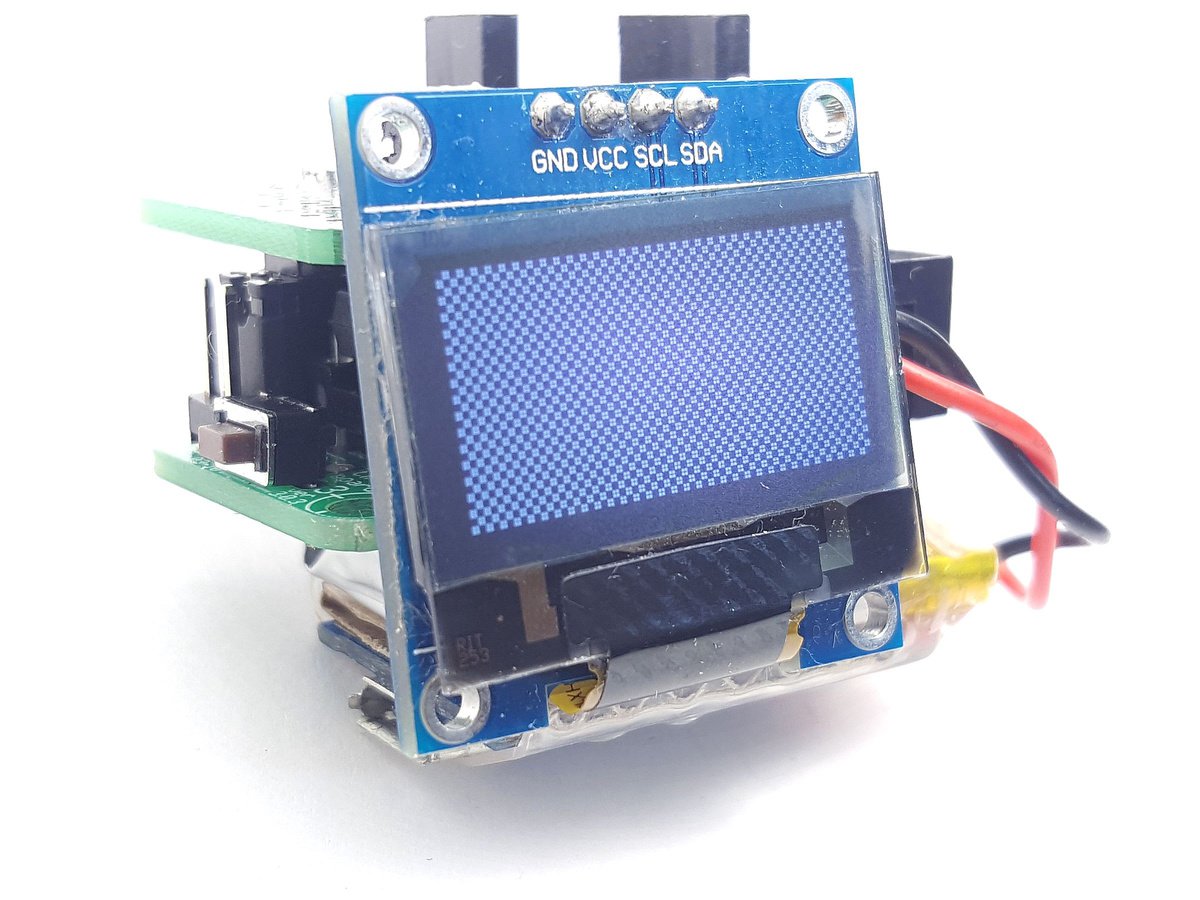 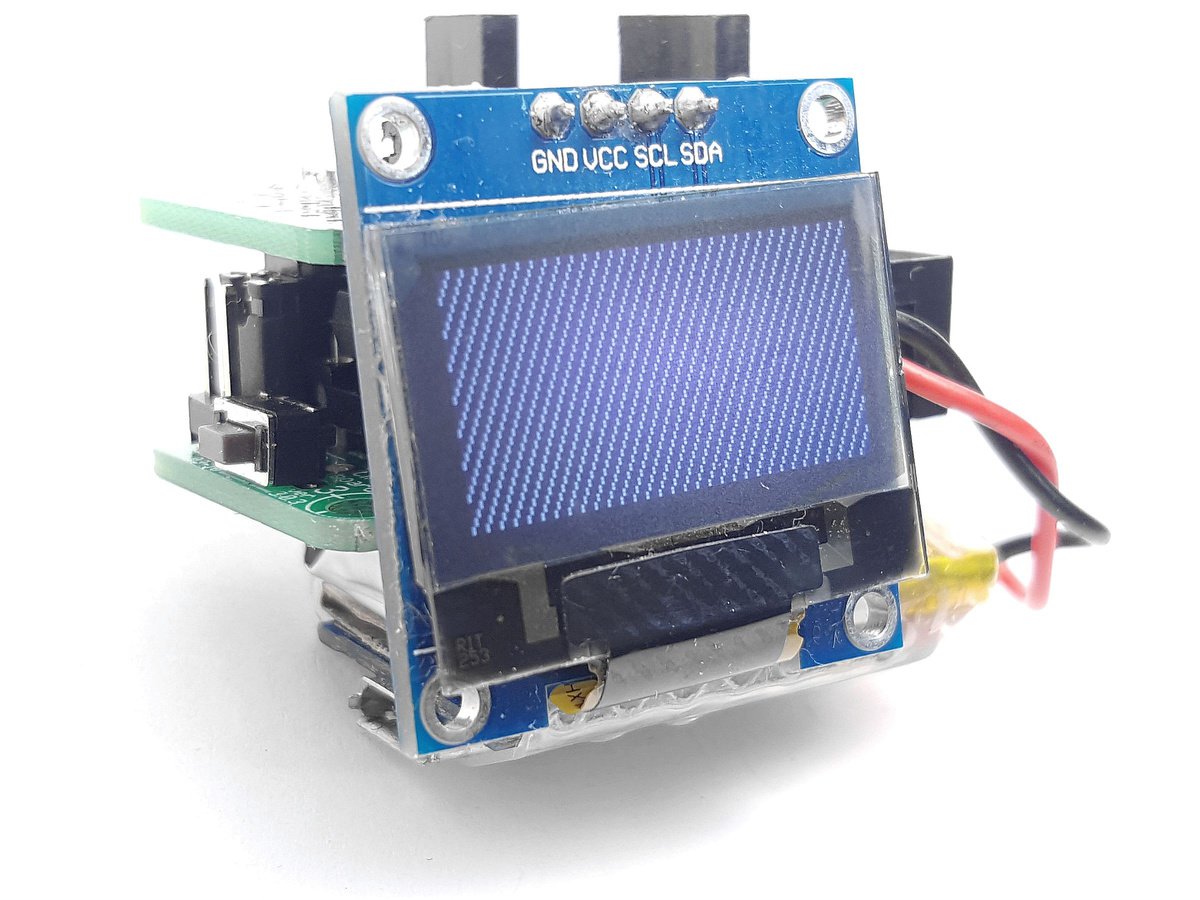 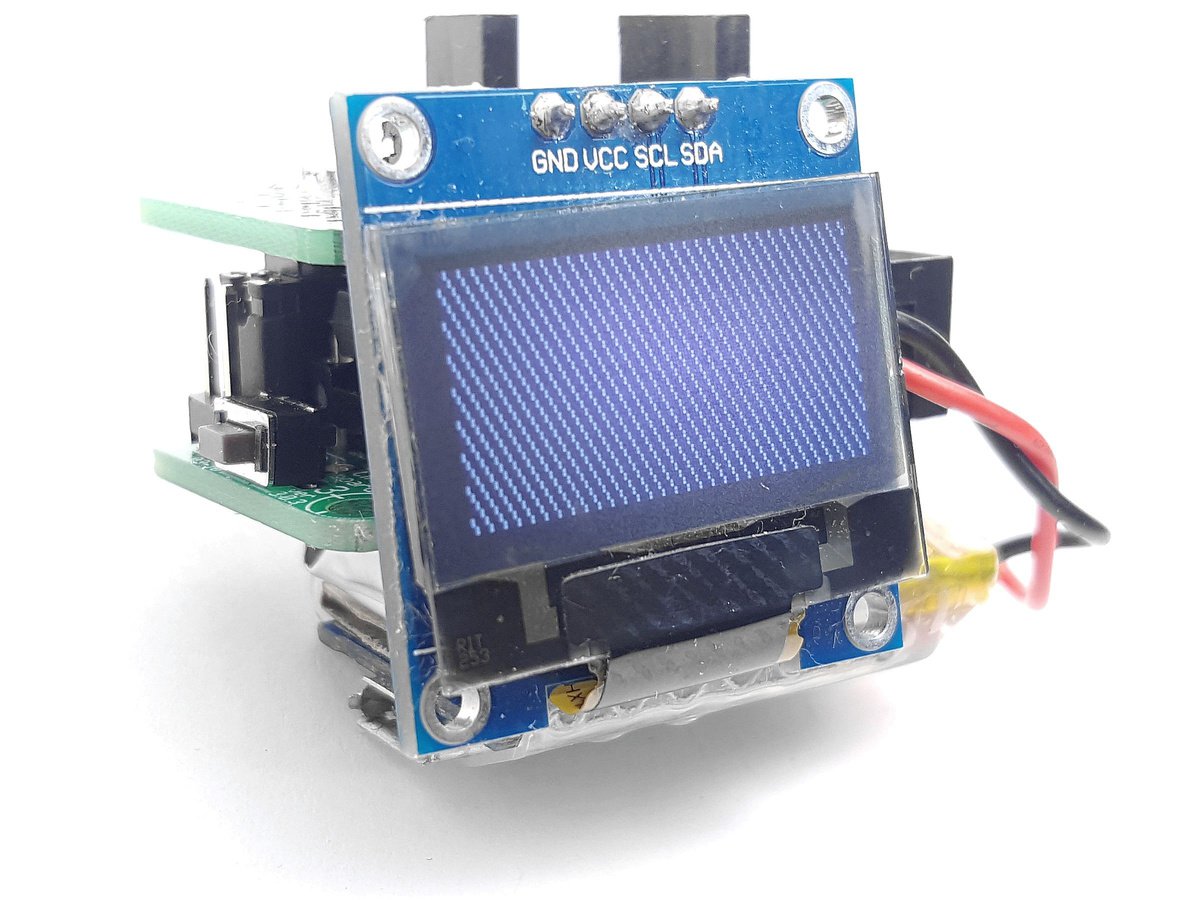 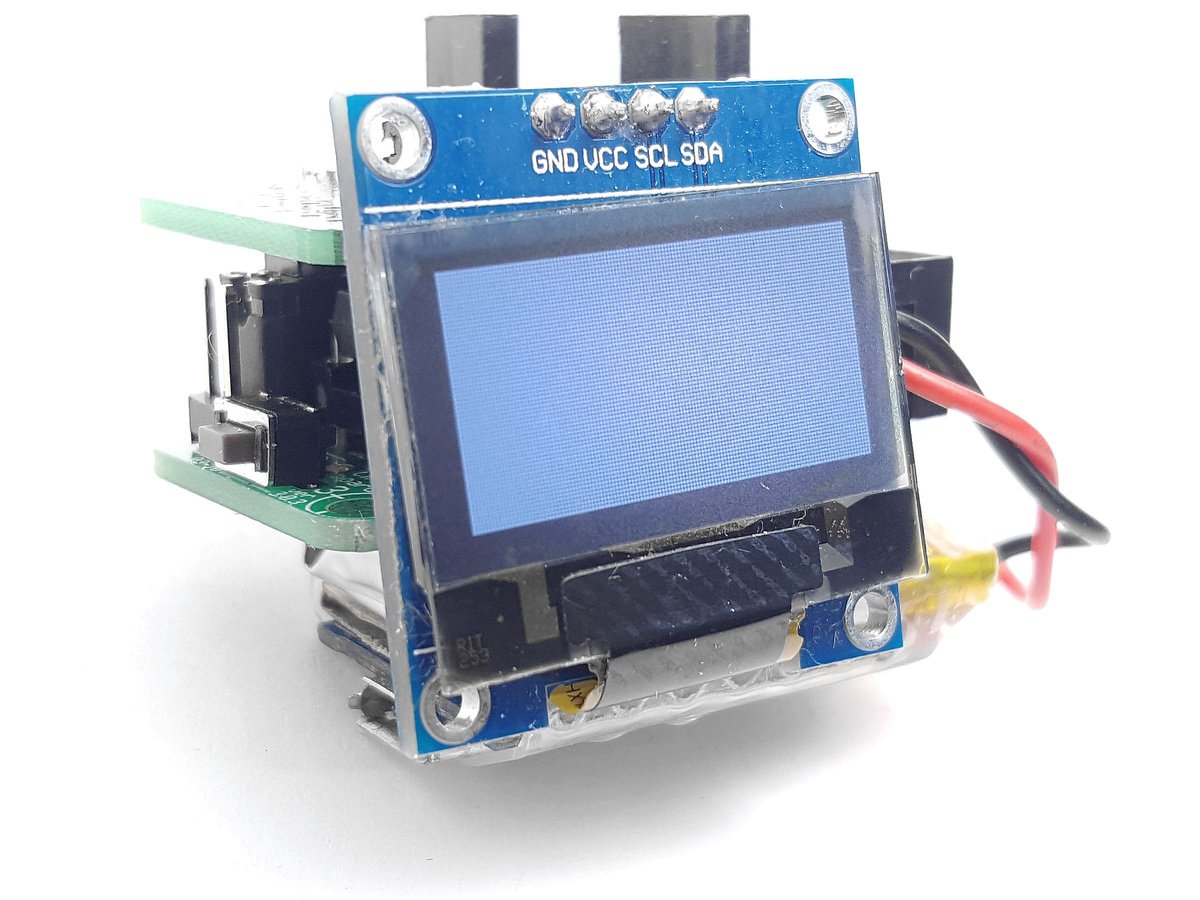