The mold design is almost finished

This is a beautiful day, as it marks our 5th post-campaign update, just as scheduled. Let’s get right to it!

####The mold design is almost finished

Our Serbian contractor is hard at work. So much so that they’re almost ready with the design of the mold. We thought you’d appreciate a couple of CAD images, so here they are. 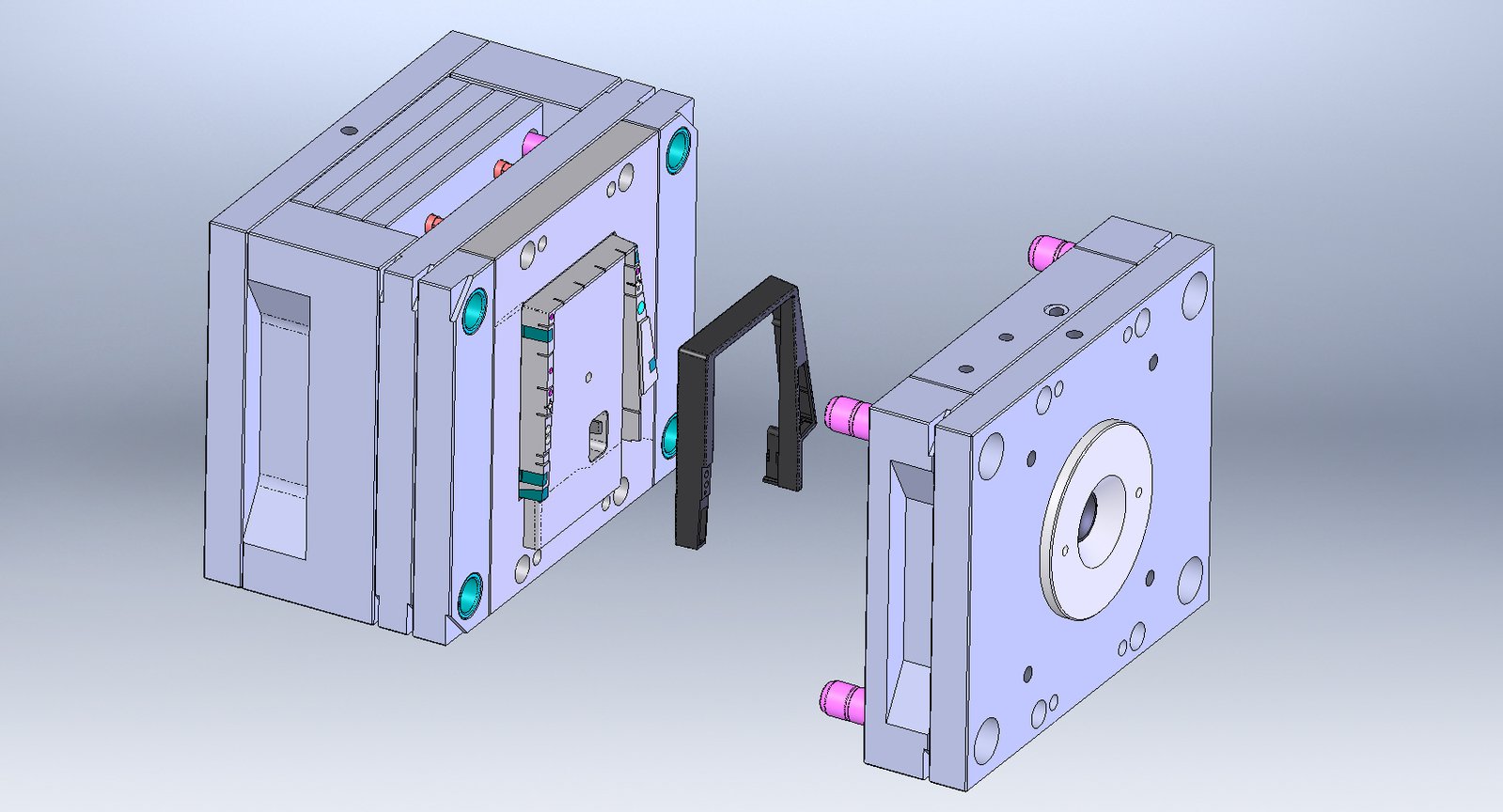 The mold for the top-left keyboard half 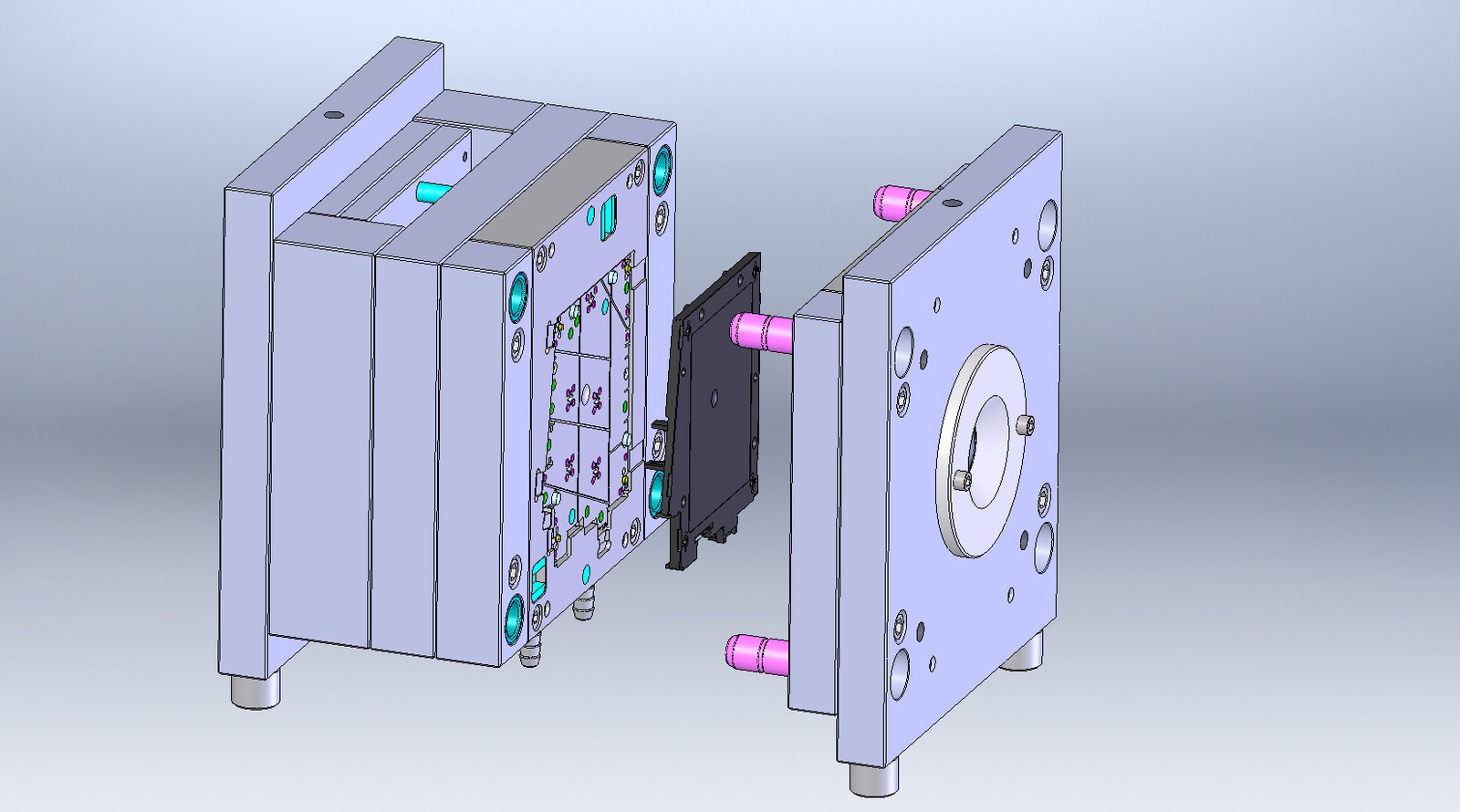 The mold for the bottom-left keyboard half

The mold for the case buttons

So far so good! They’re pretty close to starting the actual manufacturing of the molds. We’re visiting them in Serbia this weekend to discuss the last details of the molds before getting them manufactured.

Due to the nature of mold making, it’s critical to get everything right from the beginning, because it’s hard to go back. And what better way to test the design than to build an up-to-date prototype??

Andras has made some final changes to the case to make it accommodate Matias switches, not just Cherries. This 3D printed case has the same design as the mass-produced injection molded case will - apart from the vast difference in quality because 3D printing vs injection molded plastic are worlds apart in terms of quality and accuracy. 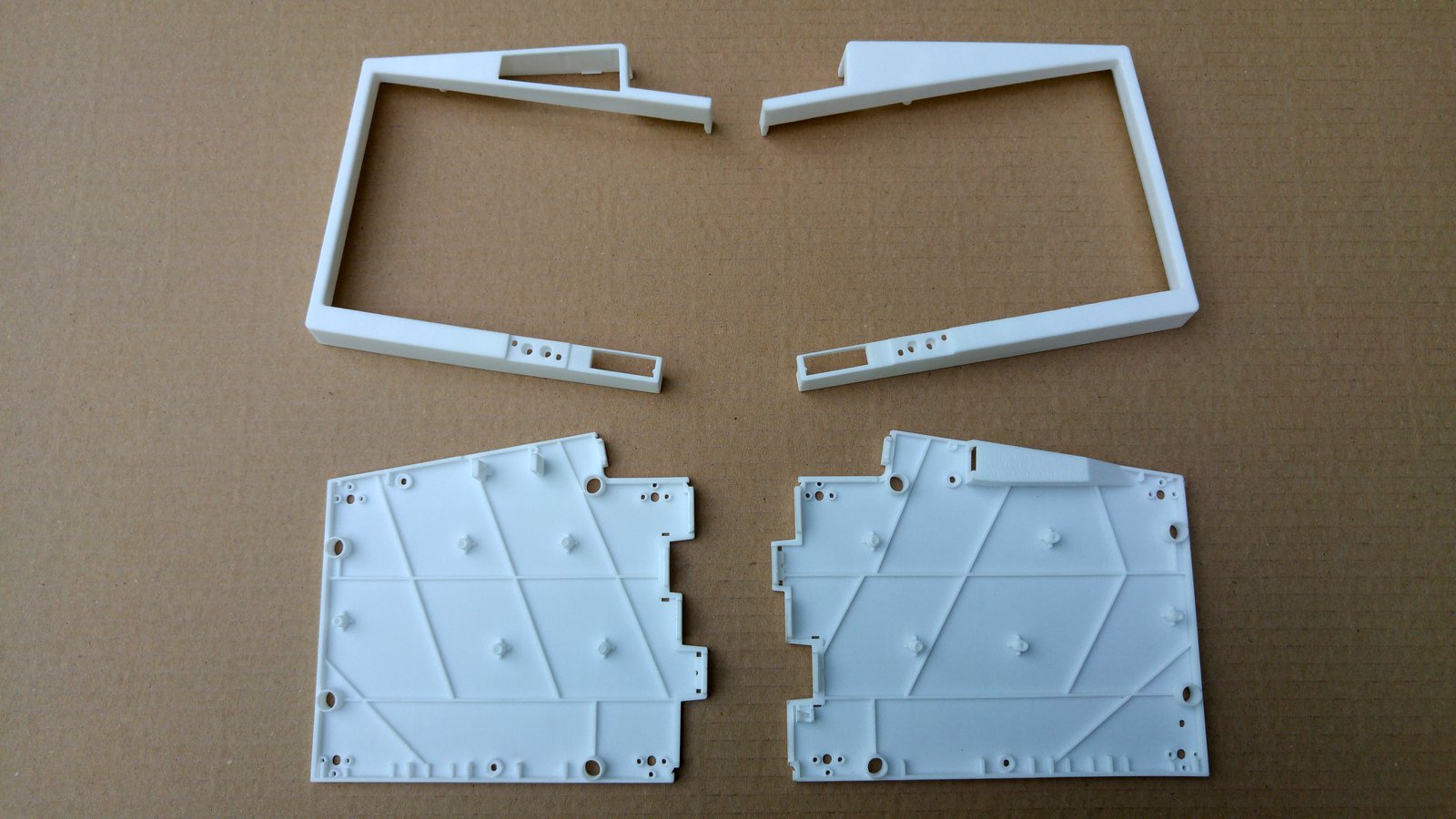 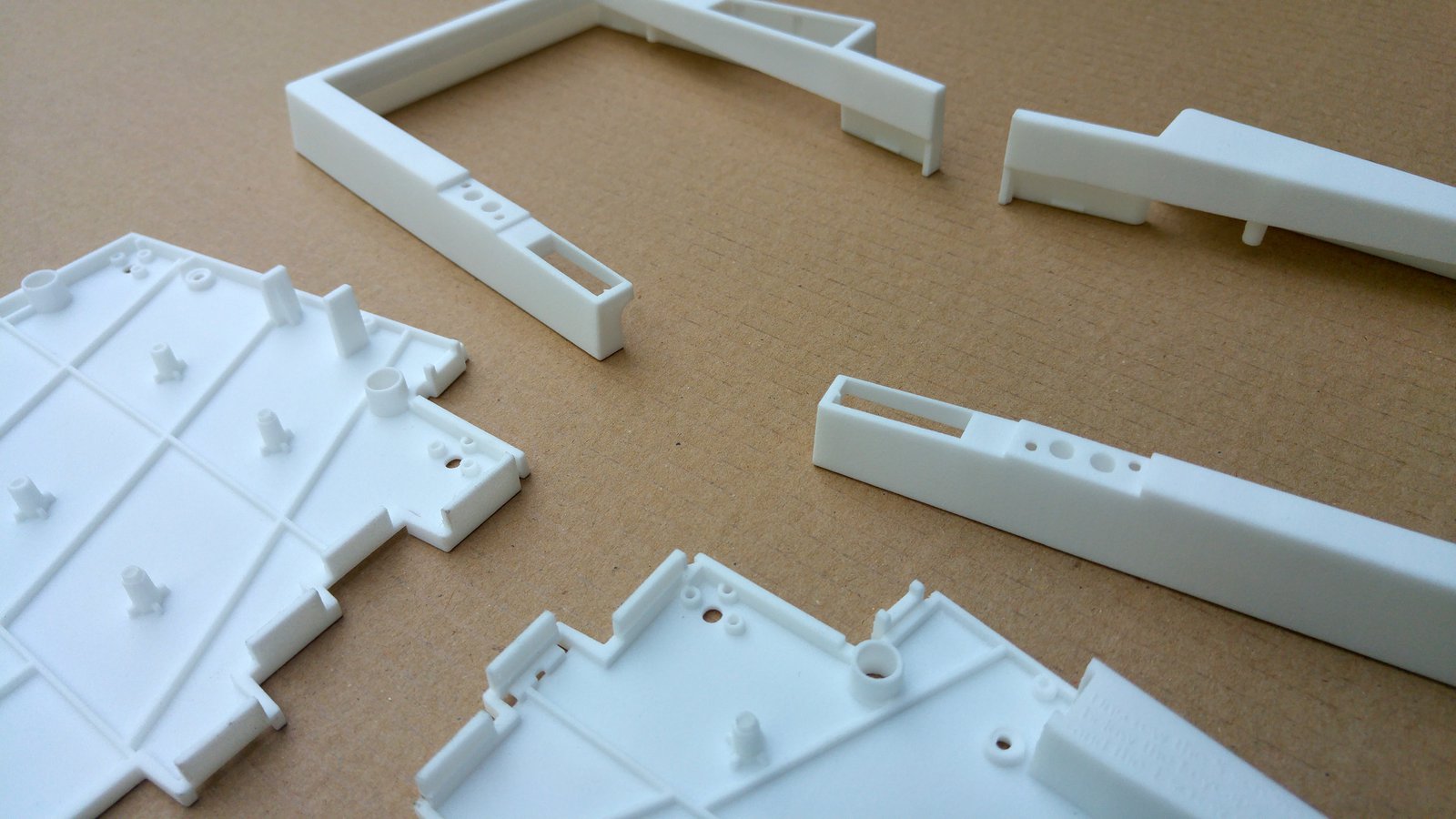 In the meantime, I’ve been busy updating our PCBs to correspond with the new mechanical CAD files. The shape of the PCB should now be finalized, (including the positions of the mechanical components), but the electronics routing has yet to be fully redesigned. Let’s see the fruits of my labor. 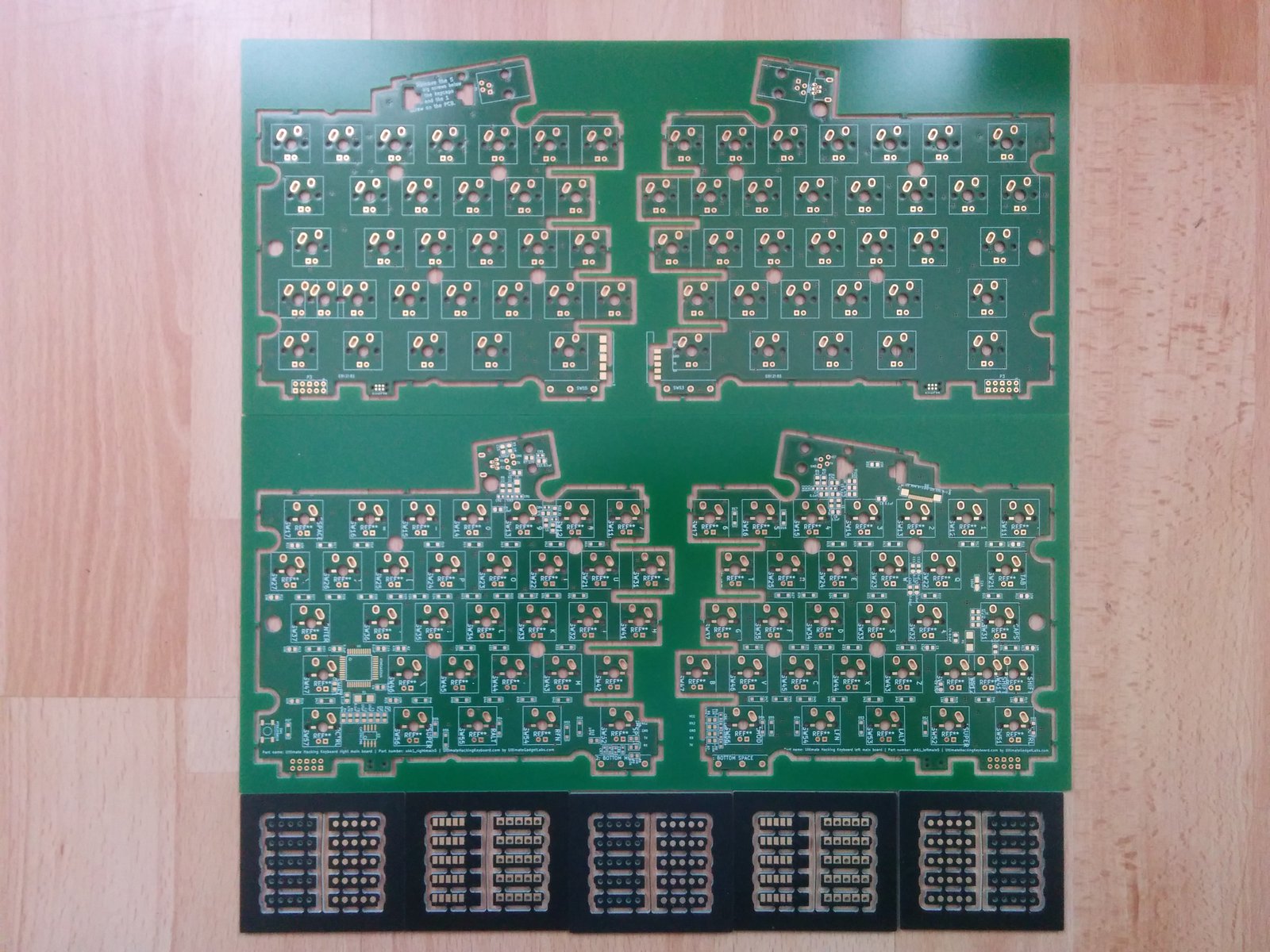 Once the PCBs are depanelized, and some components soldered in, it starts to resemble the UHK much closely. 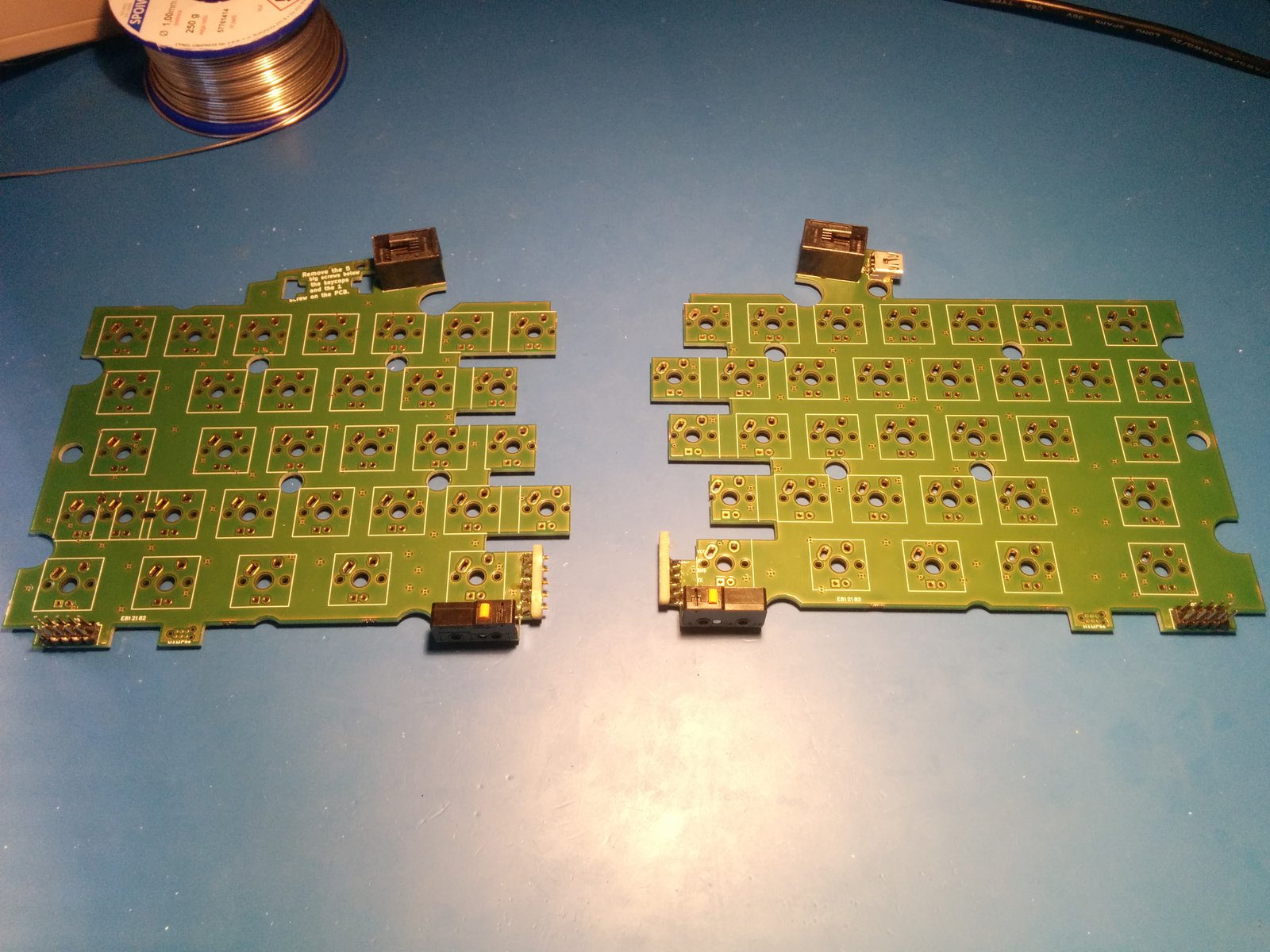 I’m especially pleased with the way the pogo pin connector turned out. This connector has a crucial role in interconnecting the keyboard halves with the add-on modules. The new solution features 2.5mm-thick PCBs perpendicularly soldered onto the main PCBs. Pogo pins are stuck through the male PCB, and flat pads are featured on its female counterpart. The new design is a lot more robust and pleasing to the eye than the previous battery spring connector. 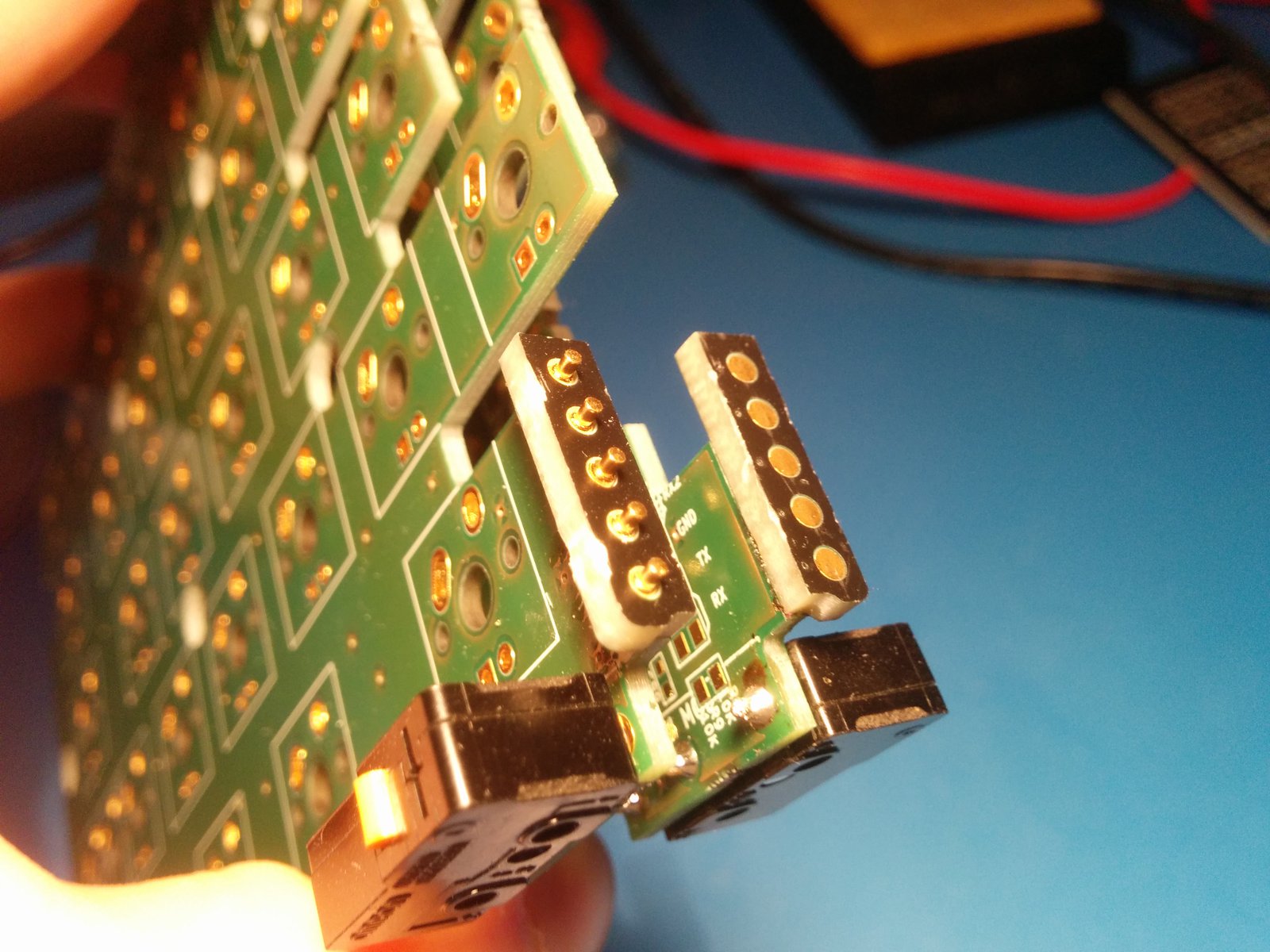 This mechanical PCB is useful without the electronics because it allows for mechanical testing. The schematic is being updated from AVR to the Kinetis platform, and as soon as it gets done, the PCB will be rerouted, fabricated, and tested.

We have almost finished creating a Cherry and a Matias mechanical UHK prototype, but we’re waiting for the new metal plates to arrive to finish them off.

Our GitHub repos are on fire

Since our previous status update, a whopping 222 commits have landed in our GitHub repos! Now that’s what I call true teamwork! This leads me to some much deserved words on our newest contributor! 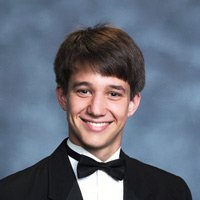 I’m Sam Rang, and I’ve been helping out with the serialization and deserialization of configuration files for Agent. I am a graduate of Duke Engineering with a degree in Computer Science and Electrical & Computer Engineering, and work for Red Hat Consulting. I am a big mech keyboard nut (much to my fiance’s chagrin) and was really excited when I heard about this project and that excitement is still going strong! I’m so glad that the team has let me in and I’ll keep contributing as long as they let me.

Sam got in touch with us about a month ago. He asked me what could he contribute. It was quite a challenging question because Agent is in heavy flux at this point, and isolating a discrete part that can be worked on is far from trivial. But I found something: the configuration serializer.

That’s why I was working so heavily on the serializer a month before: to lay down its foundation and hand it off to Sam. And boy, did he deliver! He went berserk and ended up implementing all the 37 classes to be serialized.

Sam is still working on Agent a bit, then he’ll put on his firmware hacker hat, and implement the configurator deserializer of the firmware. What a journey it will be!

In the meantime, Jozsi is on a mission to put the Angular 2 application logic behind Agent, making it not only beautiful, but also functional. At this pace, you’ll be able to get stuff done with Agent by the next month.

Arpi is continuing to refine the frontend of Agent until perfection is attained. He’s pretty close to finishing the keymap editor, and then he’ll transition to other parts of Agent. He’s just pushed the latest and greatest version of Agent to GitHub Pages, so be sure to take a look at it!