Regarding the estimated shipping dates, please note that we can’t precisely tell you when we will ship your order because we have a multi-step manufacturing process in place, and there are some variables involved. As a general rule of thumb, the sooner you ordered, the sooner we’ll deliver. We’ll send out a shipping notification email when the time comes. Also, we can’t move you ahead in the queue because it’d be unjust towards earlier backers.

Effective immediately, we are raising the prices of the following items:

As we elaborated in our previous update, the cause of this raise is the heavy weakening of the US dollar. We don’t plan to raise prices again until delivering all the pre-orders of both batch 1 and batch 2, at which point we’ll raise them by about 10%, which will be the final prices.

Shortly after our previous update, we started assembling the first 500 PCB panels. 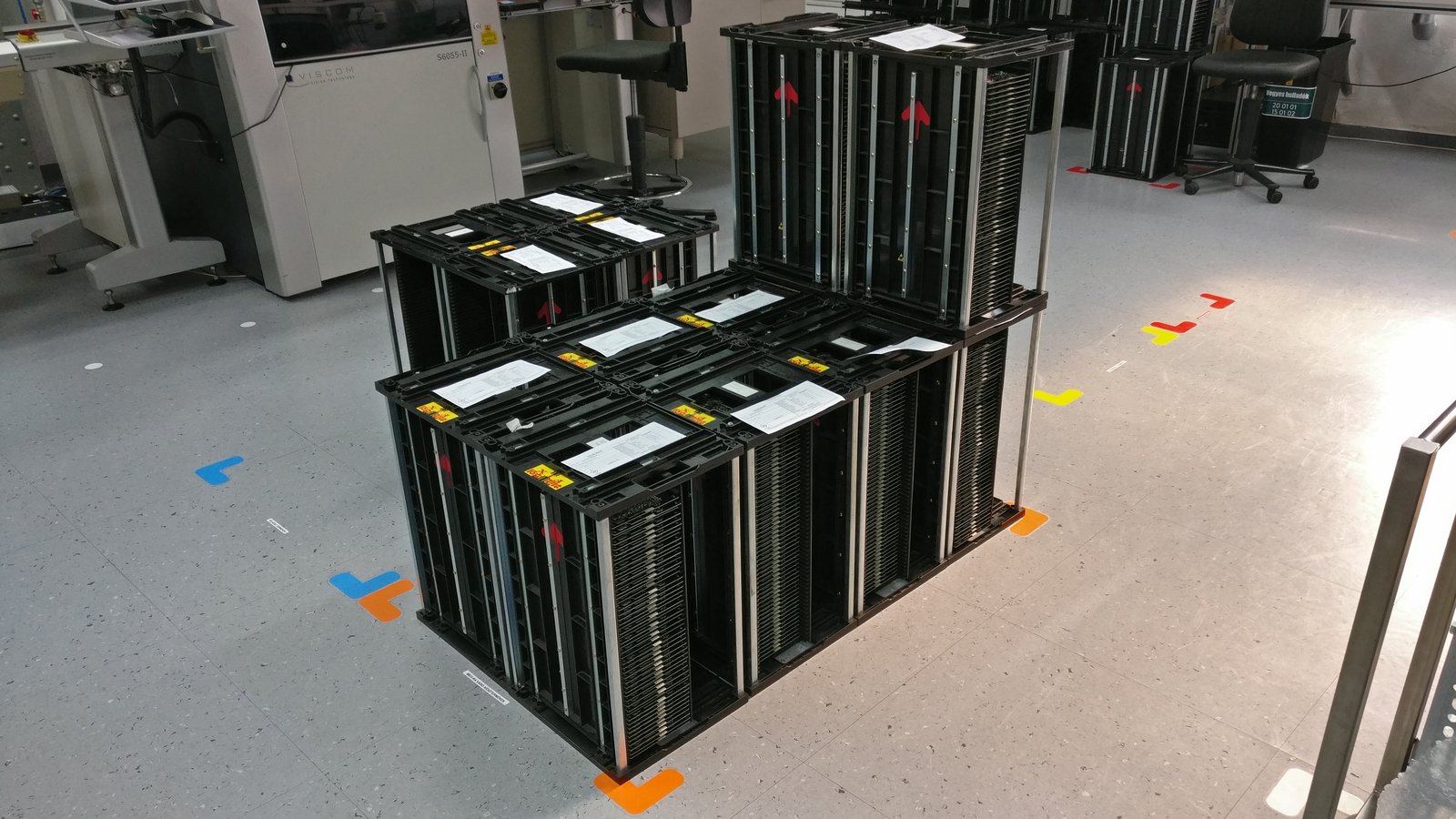 Compared to the pilot run batch of 50 panels, this was a 10x increase. Fortunately, everything went smoothly, and 500 out of 500 panels passed the test.

I was in the factory and flashed every one of these panels. I had no choice, because our custom flashing procedure and software is not sufficiently user-friendly yet. I found this experience to be extremely valuable, because now I can not only make this more user friendly in order to be able to delegate it, but also faster and more robust.

Currently, the parts of the 2,000 UHKs in batch 1 are being pre-assembled. After pre-assembly, we’ll be assembling and shipping every non-module orders from March to May, on a weekly basis. 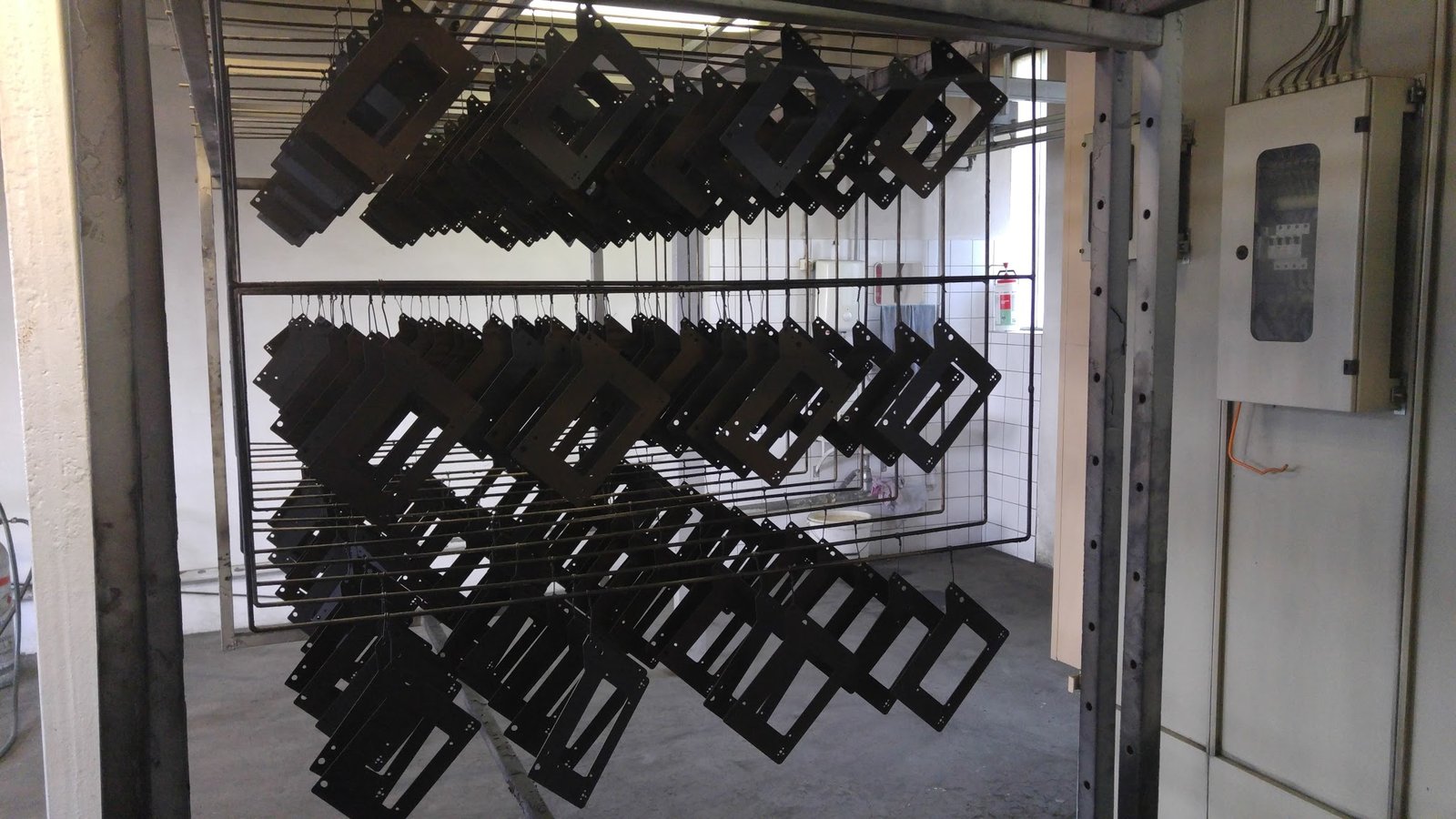 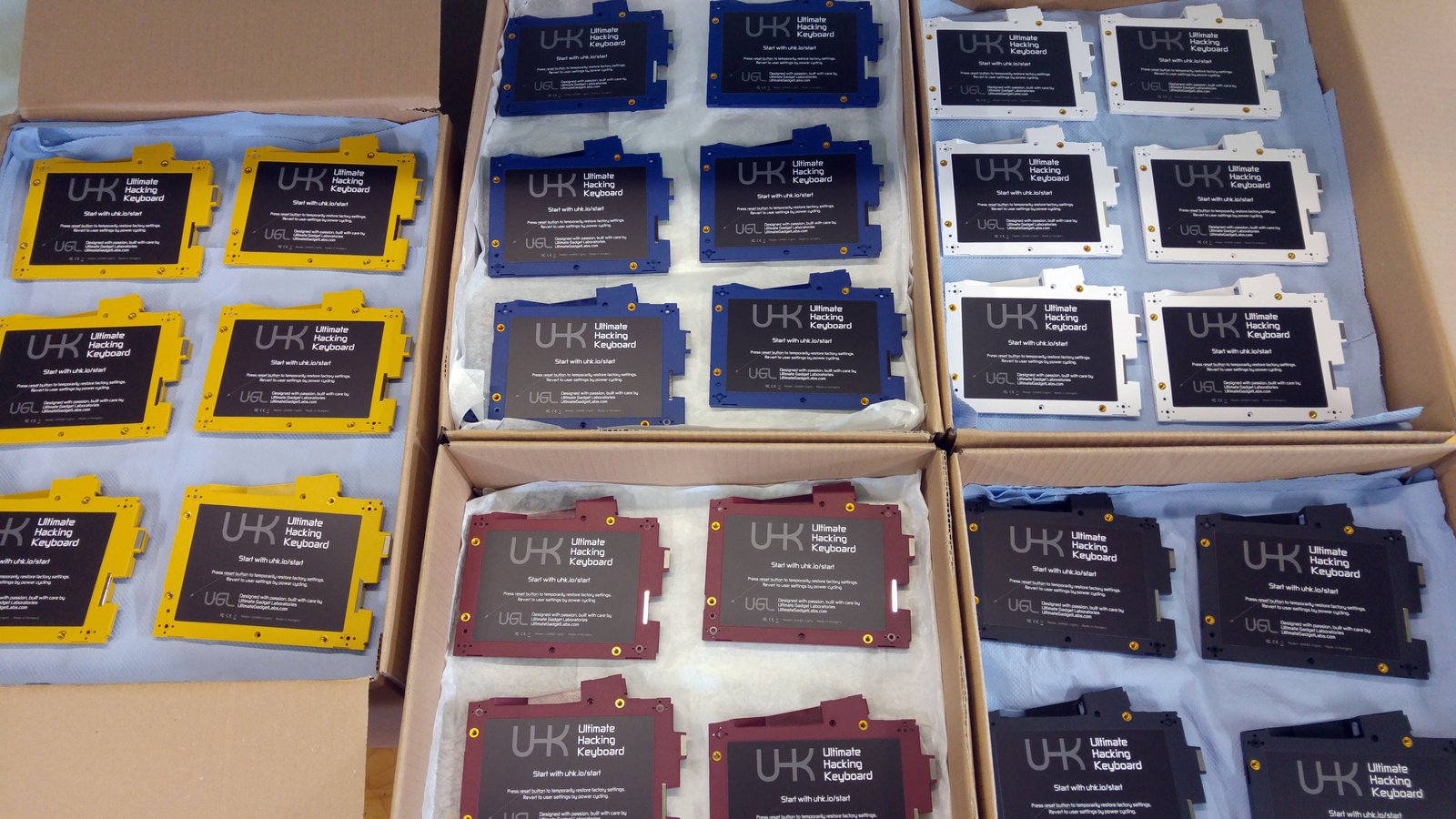 All things considered, we’re proceeding well with pre-assembly, although colored cases gave us a hard time. As it turned out, the coloring agent makes plastic more rigid, and it resulted in several broken cases when pushing the threaded inserts into the plastic. For the time being, we preheat the inserts before pushing them into the cases which solves the issue. In the future, we plan to slightly tweak the mold to avoid this extra step.

Another challenging aspect of the upcoming assembly process is the staggering amount of SKUs. Currently we offer 2 layouts * 5 case colors * 4 keycap printing options * 6 key switches = 240 variations, probably making the UHK the most physically configurable keyboard on the market.

Internally, we have to track every UHK to make sure that the correct options are implemented during the various assembly stages. This is vastly more complicated than offering a handful product versions, and I had no choice but to develop a custom production management and fulfillment system to deal with this situation. Some parts of the system are already working, and I’ll be focusing on this in the near future to make production and fulfillment a smooth ride.

While dealing with production, we haven’t forgotten about Agent and the firmware and we keep improving them. We released new versions recently, and you’re welcome to grab the latest Agent and flash the bundled firmware to your UHK. Also feel free to check out the Agent changelog and firmware changelog. We’ll keep making incremental improvements until we smash every bug and make the user experience heavenly smooth.

A while back, we only had photos of our prototypes, which didn’t do justice to the final product, so we took a few photos of a production UHK. We’re quite excited about these photos, and would like to show you some of them below. 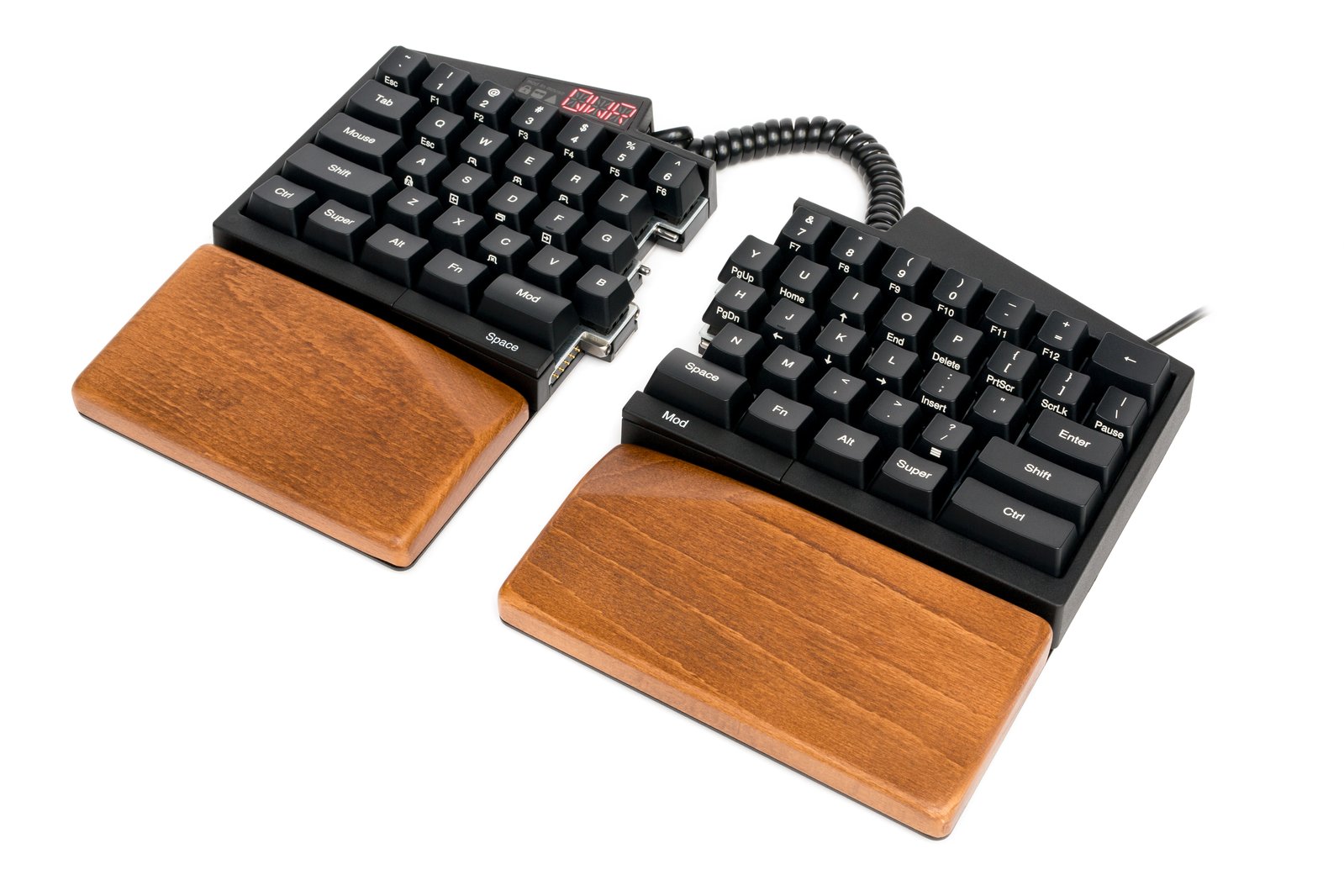 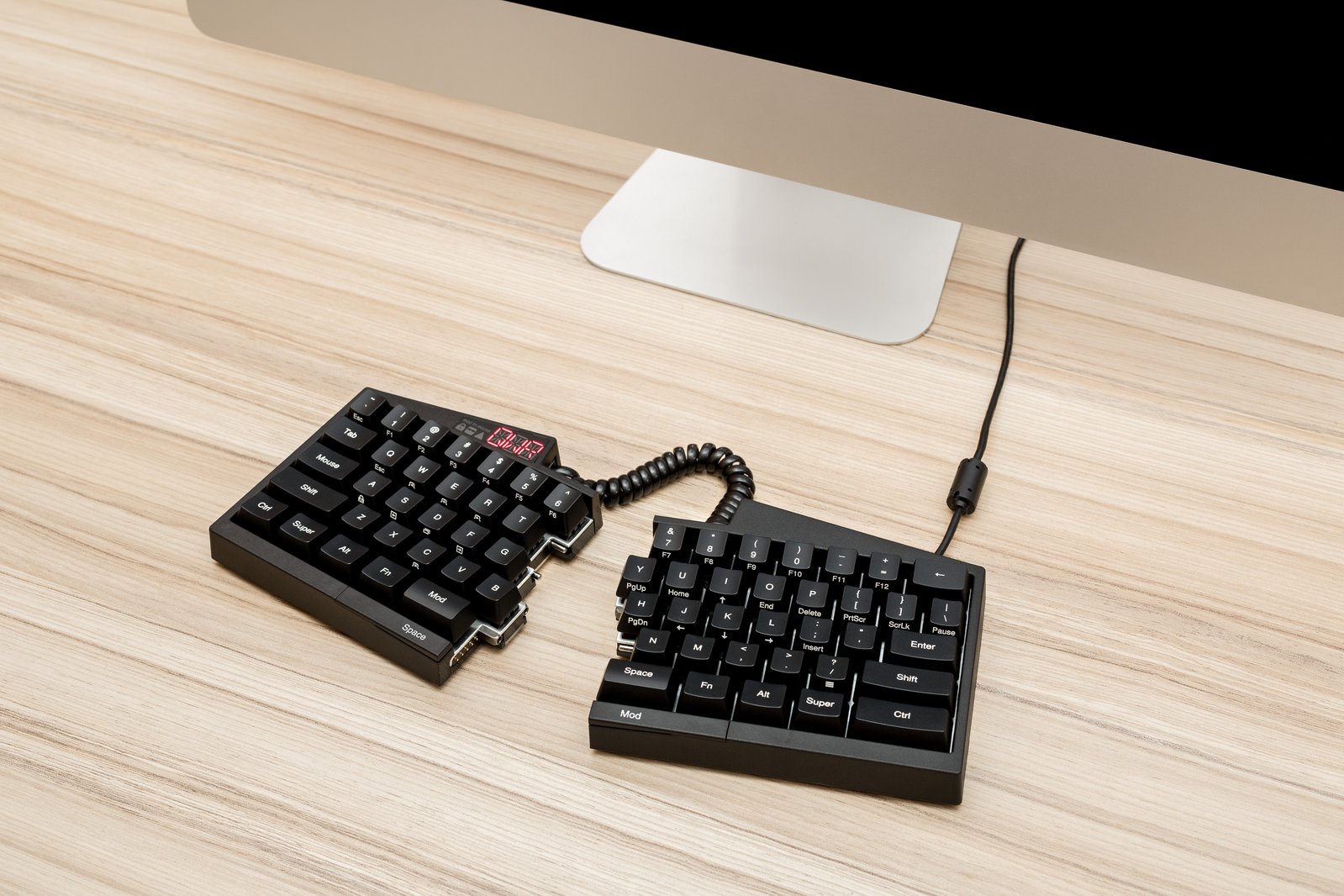 And that’s it! Right now, our primary focus is the delivery of batch 1 and, closely after that, batch 2 orders. After that, we’ll focus on the add-ons. In true UHK style, we’ll be keeping you updated.