What an amazing start to the campaign. We want to offer a HUGE thanks to everyone that jumped in and backed the campaign in the first few days, and everyone since of course!

You blew our expectations right out of the water!

This is just a quick update to let everyone know what we are currently up to and to show you a few pictures, too!

It seems we got our Shield Pack quantities completely wrong - how unexpected of us ;)

We are currently working out the logistics of either increasing the limits to last longer through the campaign, or maybe even removing the limits completely. Whichever way we go, rest assured we’ll have enough shield packs for everyone who want’s one.

Those that follow Seon on his Unexpected Maker YouTube channel will know that production for this campaign had already begun well before the campaign launched. Seon has been building and stockpiling shields and TinyPICOs to get ahead in production to free up more time to manage all of the tasks involved with running a campaign.

Over the last few days we’ve been trying to get ahead on the Play Shields as they have a few steps to their assembly that spans over a few days.

Here is a shot of 24 Play Shields cooling down after being reflowed, ready to be tested. 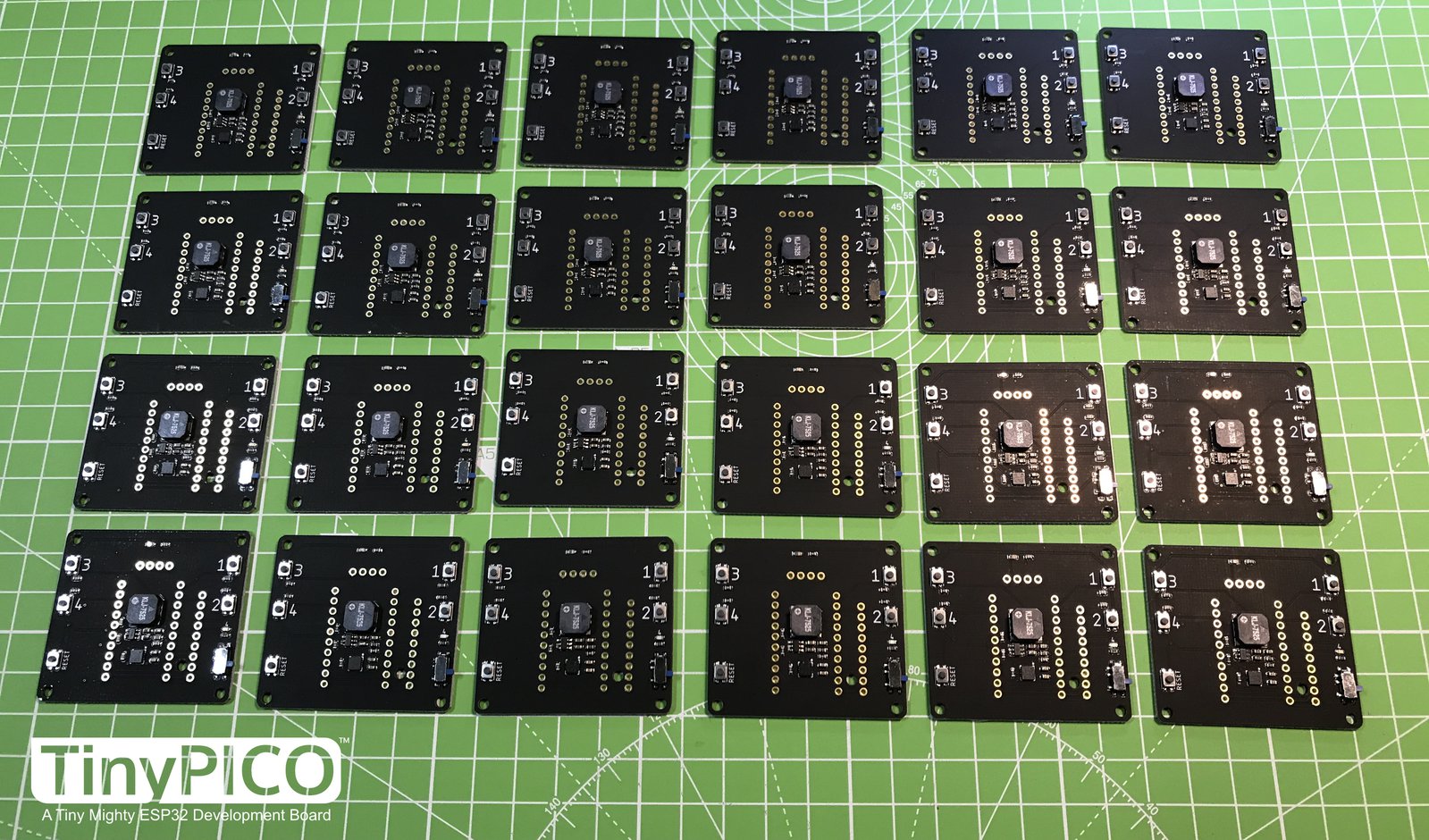 This is a shot of the hand soldering mess to attach the headers - I say mess because there’s never a time hand-soldering through hole components isn’t messy right? Right? 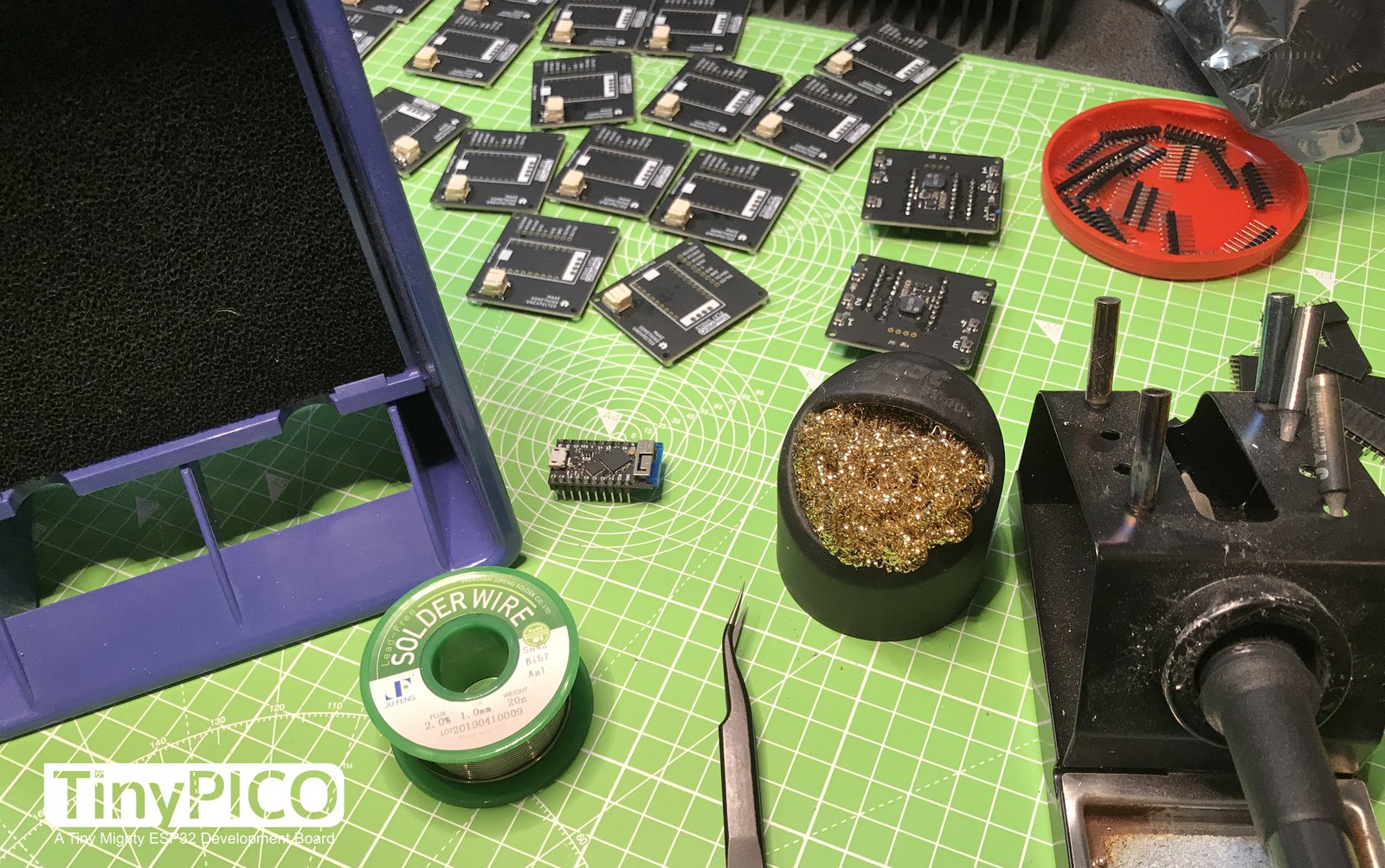 And finally, here is a shot of the Play Shields after they have been ultrasonically cleaned and the OLED’s are going on using that fancy blue 3D-printed alignment jig! 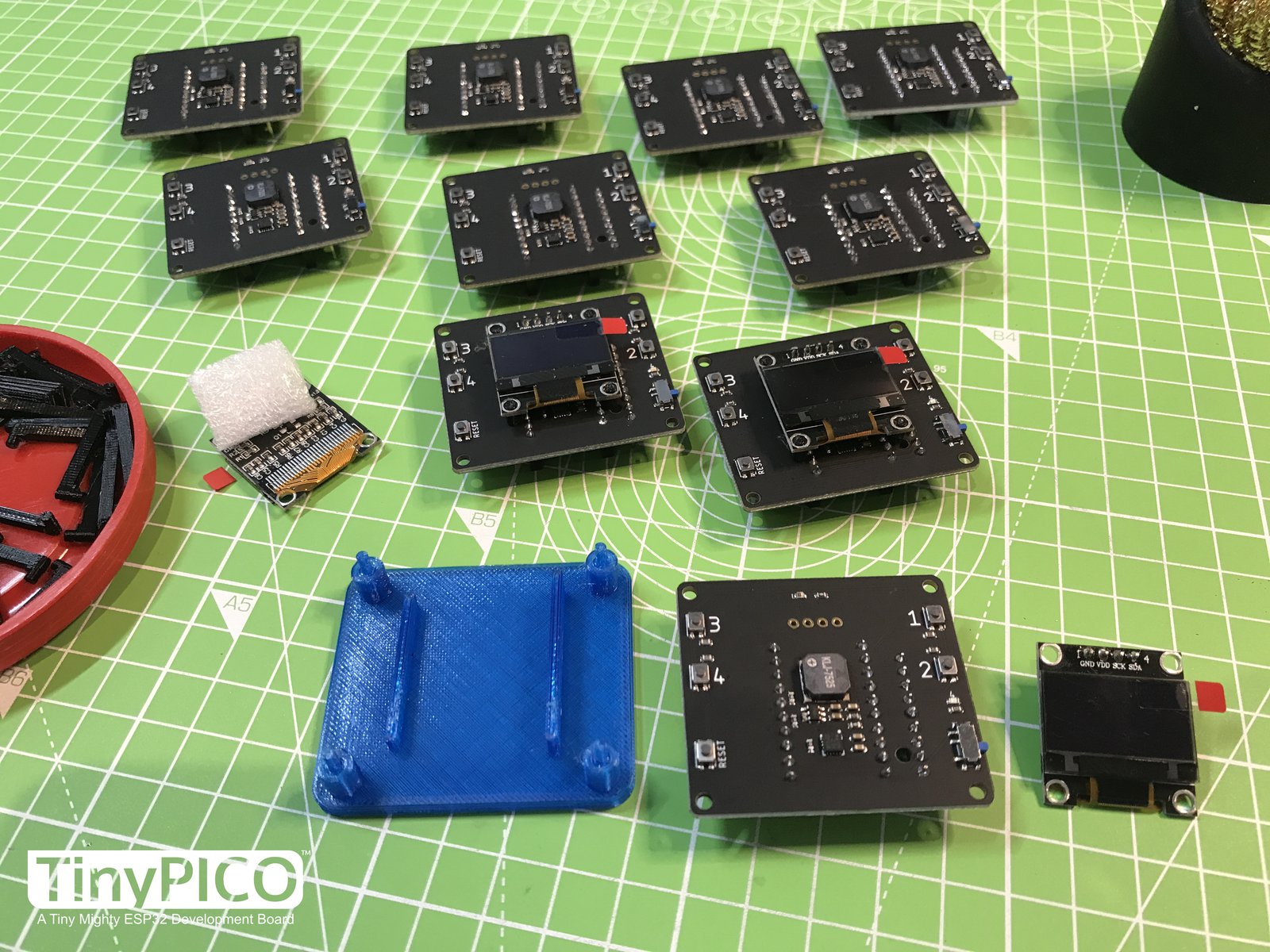 We’ve not forgotten about releasing our hardware design files - we’ll get them up as soon as we can, and shoot an update out to let everyone know when they are live. The software will be uploaded ad-hoc as we get bits ready, but the software has less urgency right now.

But while you are waiting for the repo to go live, Brian Lough has uploaded some TinyPICO footprints to EasyEDA for those of you that use that tool and want to think about making your own shields for your TinyPICO while you wait!

Ok, that’s it for us for now… thanks again for your amazing support, we are truly humbled!