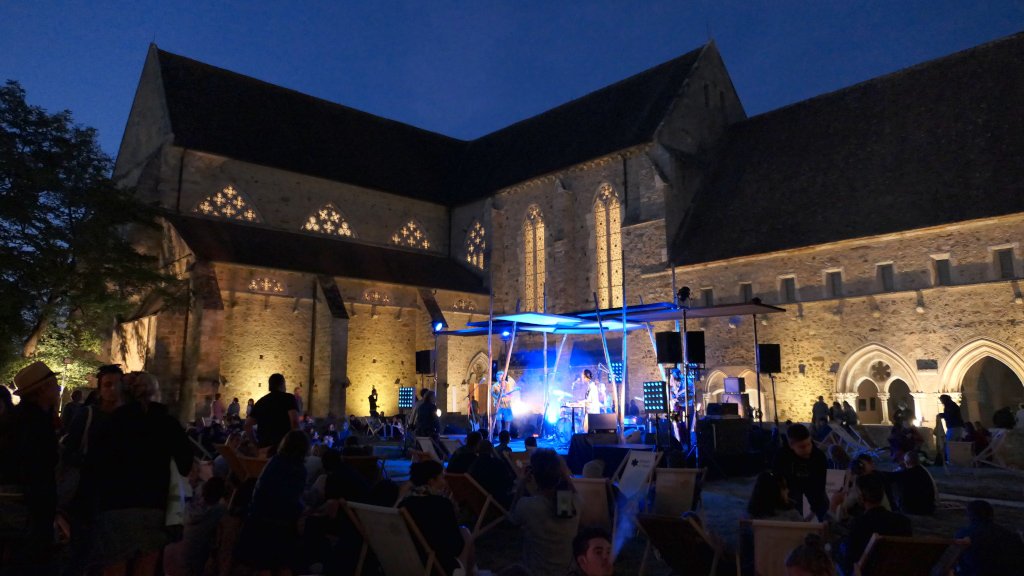 Every year, the HAUM hackerspace non-profit is invited to present some of our projects at the Festival Teriaki music event in Le Mans, France. We usually choose to do this in the form of interactive installations. This year, we used a StereoPi to create an itinerant self-service stereoscopic photo automaton… a “Stereomaton”. Festival visitors can interact with the Stereomaton and take stereoscopic (3D) photographs which are stored and then retrieved for viewing using a variety of 3D viewers available at our space at the event. 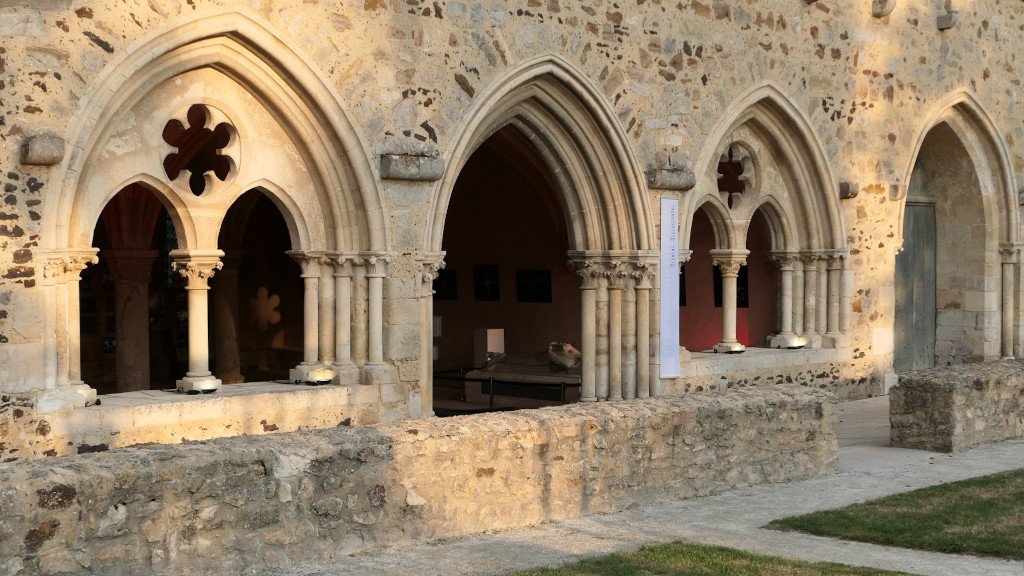 The Abbey provides an excellent backdrop.

The adventure started when a HAUM member discovered the StereoPi campaign on Crowd Supply and shared it with other members who are interested in stereoscopy. We liked the concept: similar to a regular stereo camera, but which we can easily adapt to our needs, with a processor to do transformations or analysis, and network access to create crazy connected projects. So we backed the campaign! After it succeeded and we got the board, we started to play with it and the idea of the Stereomaton appeared. 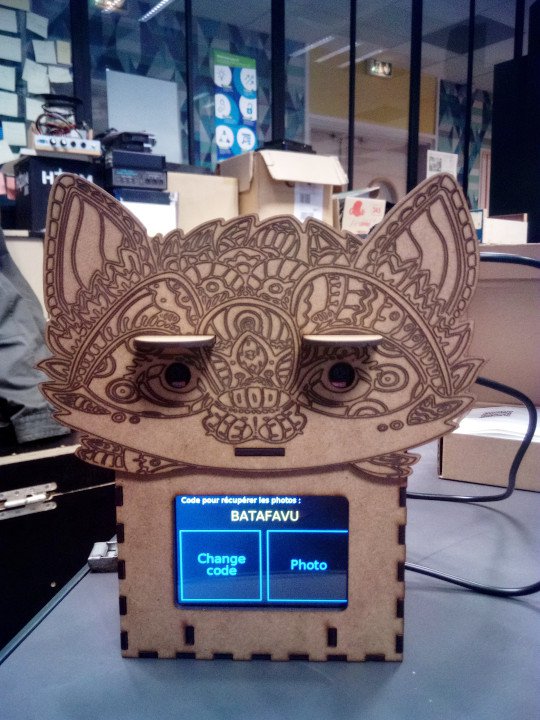 In use, the Stereomaton can be moved itinerantly about the large park where the event is located to wherever a user wants to take their picture. The festival grounds include the famous L’Épau Abbey and extensive gardens, so there are a lot of good potential photographic subjects. A rope allows users to stand at the distance at which the people have to be placed for optimal 3D photo results. A small screen displays an alphabetical code which is used to access the photos online afterwards. After clicking a button on the screen, a small countdown timer is displayed for the users to pose themselves and then the photo is taken. A 2D preview is displayed so users can check the framing. Naturally, people can take as many photos as they want. 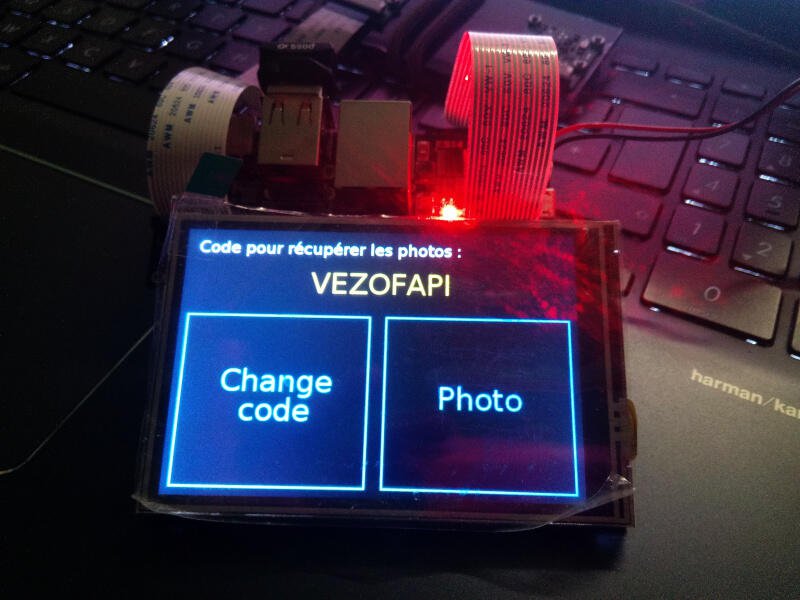 After they’ve taken all their photos, they return to our event space and provide the code to retrieve their photos. We provide several devices for users to view their images: we have anaglyph glasses which use red and cyan color filters, a Google Cardboard VR headset, a hand-held stereoscope designed for computer monitors, and even some phones with autostereoscopic display, which is a special screen with integrated optics that allows the viewer to see the 3D effect without glasses. 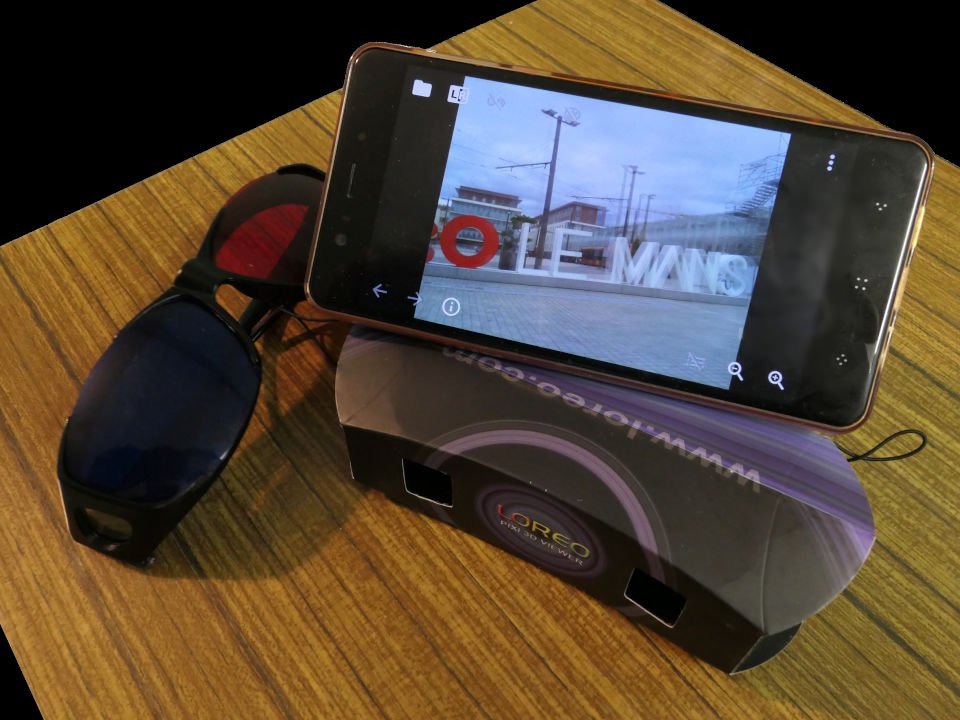 Some stereoscopic viewing devices. The photo displayed on the phone with autostereoscopic screen (poorly rendered in this 2D picture) was taken by the Stereomaton.

The project provided a number of customization challenges. First, we had to add a video display to the StereoPi because a computer monitor would have been too difficult to transport through the gardens. Unfortunately, the screen we found does not have the ability to power its backlight off, but we had too little time to modify it. We also had to find a battery to power the device during the whole event.

The addition of the screen meant we had to design a case which was cut by laser (we’ll describe this process in a later Field Report) which would contain and protect all the components of the Stereomaton.

Another challenge was to write a small script to print to the screen, handle the photo files, and post-process them. The screen management is done by communicating directly with the display and touchscreen drivers. The photos are post-processed by applying complex mathematical formulas to correct lens distortions and the cameras’ alignment. Thanks to the knowledge of our experienced members, this step transforms the images into amazing 3D photos which are easier to view and more impressive than the raw output of the cameras.

We also had to add mechanisms to publish photos over a network, which is intermittent because of the itinerancy of the device. A small script checks periodically that the wifi is connected and sends the photos over the network if available, otherwise it restarts a connection attempt. In addition, we had to create a web page for users to retrieve their photos with the associated code.

Stereograph taken with the Stereomaton