An Arduino clone made for breadboarding 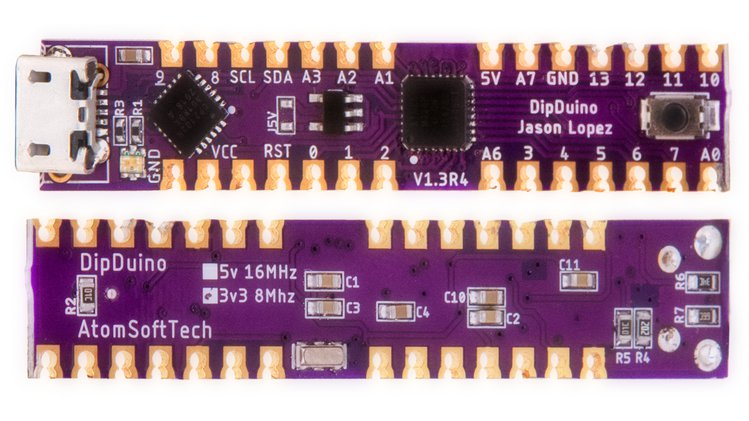 DipDuino is part of the Microchip Get Launched design program, using the ATMEGA328P-MUR!

DipDuino is an Arduino clone that’s really small, even simpler to use, and designed for clean use with breadboards. It solves the problem of needing to jump wires from an external board to a breadboard, as well as the need to fit a PCB in a tight spot. Having the entire Arduino on a breadboard (including programmer) allows for easier transport and less chance of something being pulled off. Being so small allows it to fit inside a range of enclosures and odd places.

Just like the Arduino Pro Mini, you get access to all the pins possible; but DipDuino is presented in an easier-to-use package and with a built-in programmer. Not only is the package smaller, but the castellated holes allow you to use it a surface mount type of PCB as well. 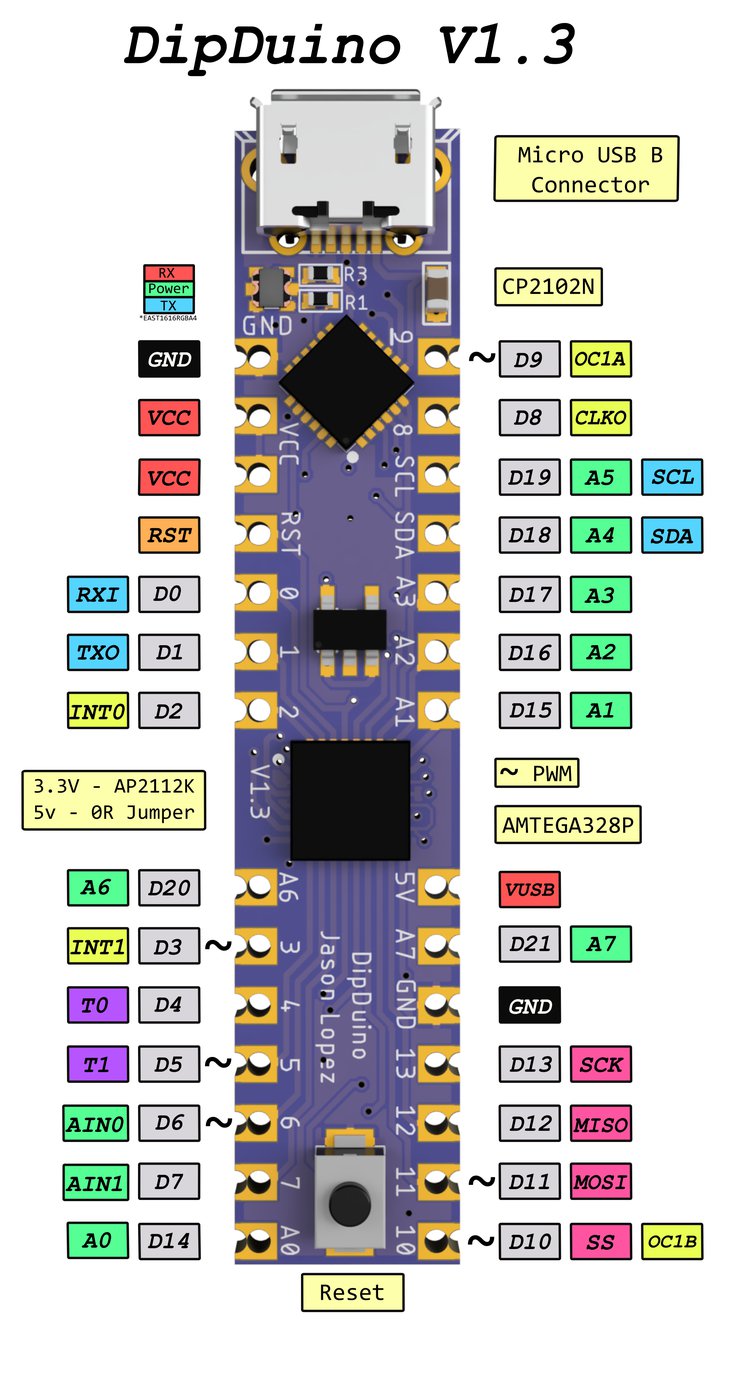 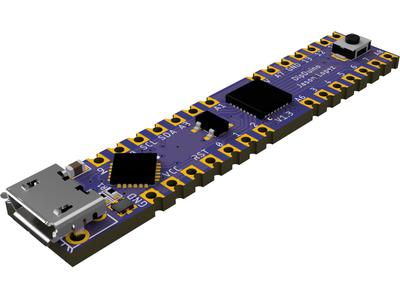 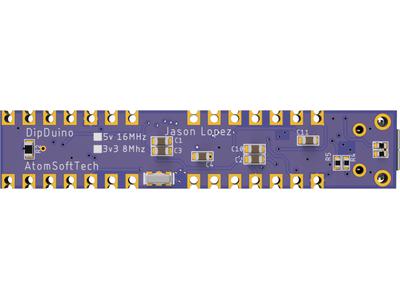 Free Up More Space on Your Breadboard

It’s annoying to always have jump wires from an Arduino to a breadboard for testing. Existing alternatives, like the Arduino Mini and Pro do not have built-in programmers and they do not fit nicely on a breadboard. Just about all Arduino clones that were breadboard-able are huge and take up way too many rows of the breadboard itself. 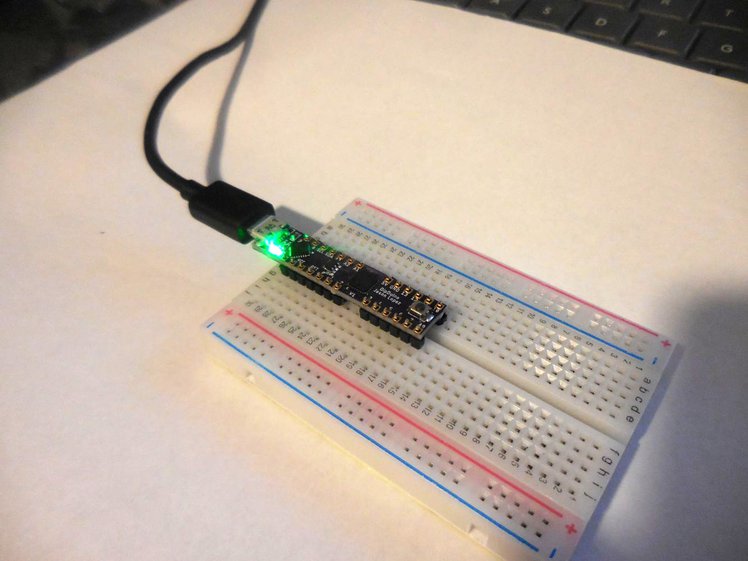 An original prototype is shown here; dipDuino (version 1.0) on a breadboard.

DipDuino is as thin as a 0.3 in DIP chip (hence the name). It is super thin - which leaves all extra rows free and open for use. The board can also be surface mount soldered to a PCB. The USB-to-UART on board allows it to be programmed and communicate with PC/Mac & Linux machines, including Android devices.