Behind the scenes, a lot of work has been occurring to get ready for FCC testing, the production build, and production testing.

To support certification and production, the Programmable USB Hub has gone a minor design revision. 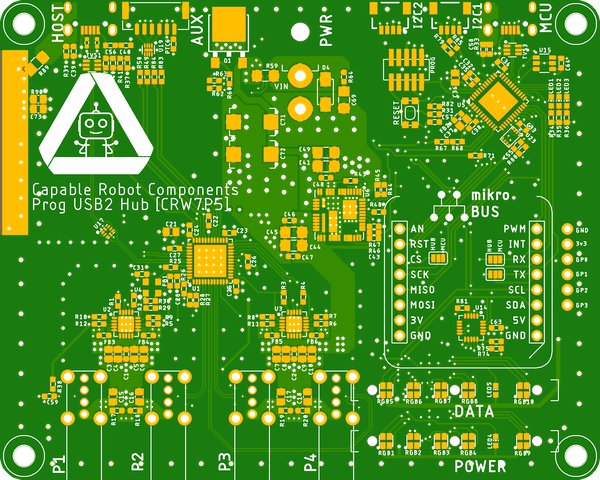 And on the software side of things: