Over 400 backers responded to last week’s one-question survey, and roughly three out of four asked for stickers for backing up DiceKeys. 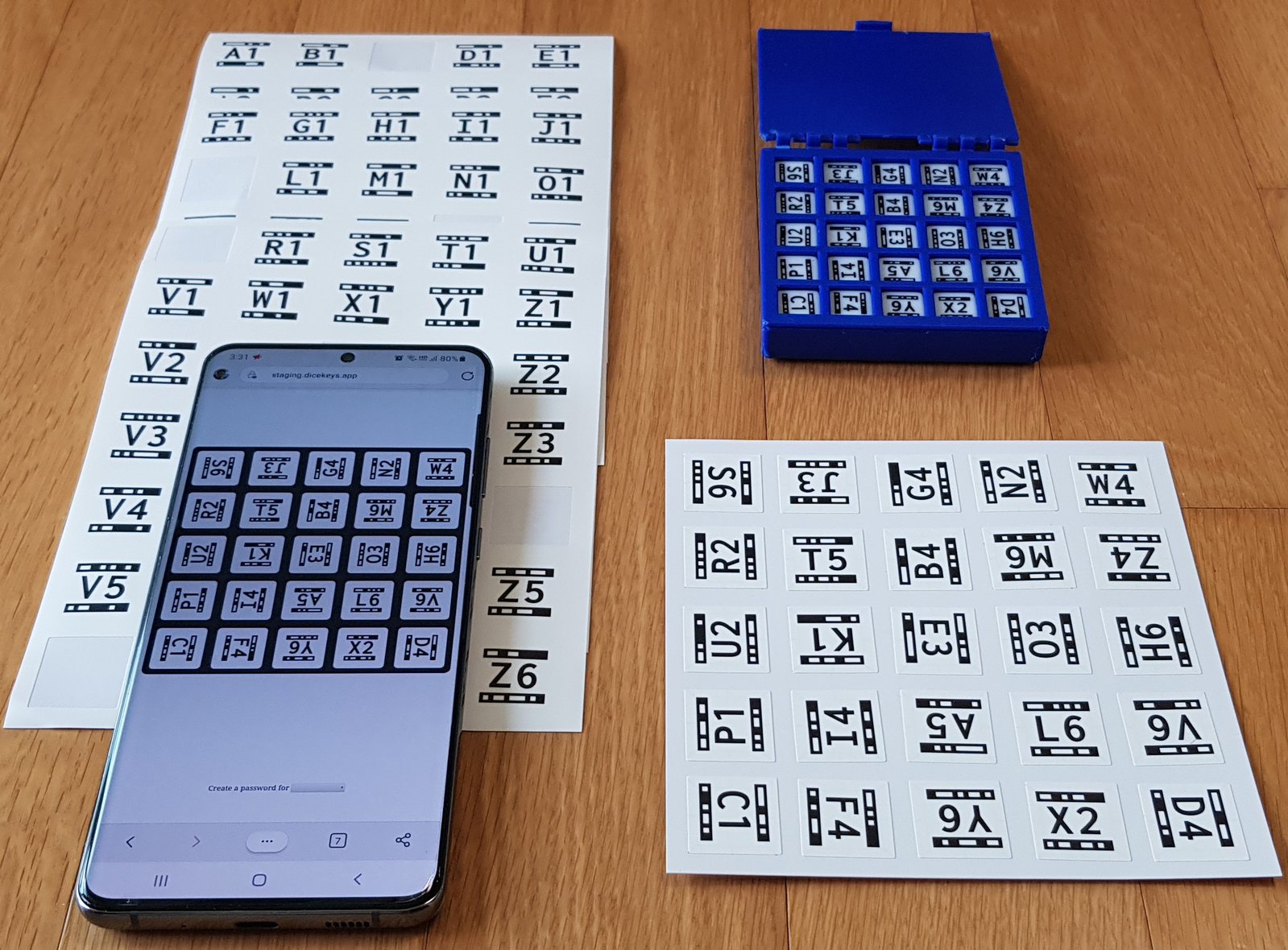 I just received a rush sample from our manufacturer with 20mm x 20mm stickers, used it to make a copy of my reference DiceKey, and the app scanned it as predicted. While these "STICKEY" sets will cost extra after the campaign ends…

We are giving our backers a free STICKEY set with every DiceKey ordered during the campaign, including to backers who squeeze in before Thursday’s campaign deadline.

Many of you (~4 of 10) also expressed interested in introductory offers for password managers. I’ll start investigating whether that’s possible after we kick of manufacturing.

I would greatly appreciate your feedback to this week’s short survey.

I spent much of the last week fixing many bugs reported in the DiceKeys app, as testers have run it on a growing variety of browsers and devices, each of which handles cameras a little differently.

While fixing software problems has kept me busy, we have yet to receive any reports of hardware problems with DiceKeys. I have also been running some additional tests on the quality of different types of dice: the glossy used in the beta, a matte which might have fewer problems with glare, and an engraved 16mm die.

We’ve also gained confidence in the quality of the dice as we have performed additional environmental-exposure tests. We submerged dice for 34 hours in chlorine bleach (PH~11: a base) then another 34 hours in lemon juice (PH~2: an acid). The tests included a 12mm glossy die from the beta production run, another 12mm die with a matte finish to reduce glare when scanning, and a 16mm sample engraved die for reference (engraved dice were not yet precise enough for our standards). We could discern no degradation in any of the dice after the 68-hour test.

Lastly, the DiceKeys and SoloKeys teams finished a draft specification for creating FIDO2/WebAuthN authentication credentials from a DiceKey or other cryptographic seed. This spec will ensure that other manufacturers can make security keys that can replicate a lost or broken SoloKey that you had seeded with your DiceKey.

Next week, we’ll update you with final campaign stats and the manufacturing kick-off. Thanks again for backing us!