The dice, box, and bags are all currently in production. The last hardware item for us to wrap up is the assembly instruction sheet. Please read them and email beta@dicekeys.com ASAP if there are changes you think we should make. 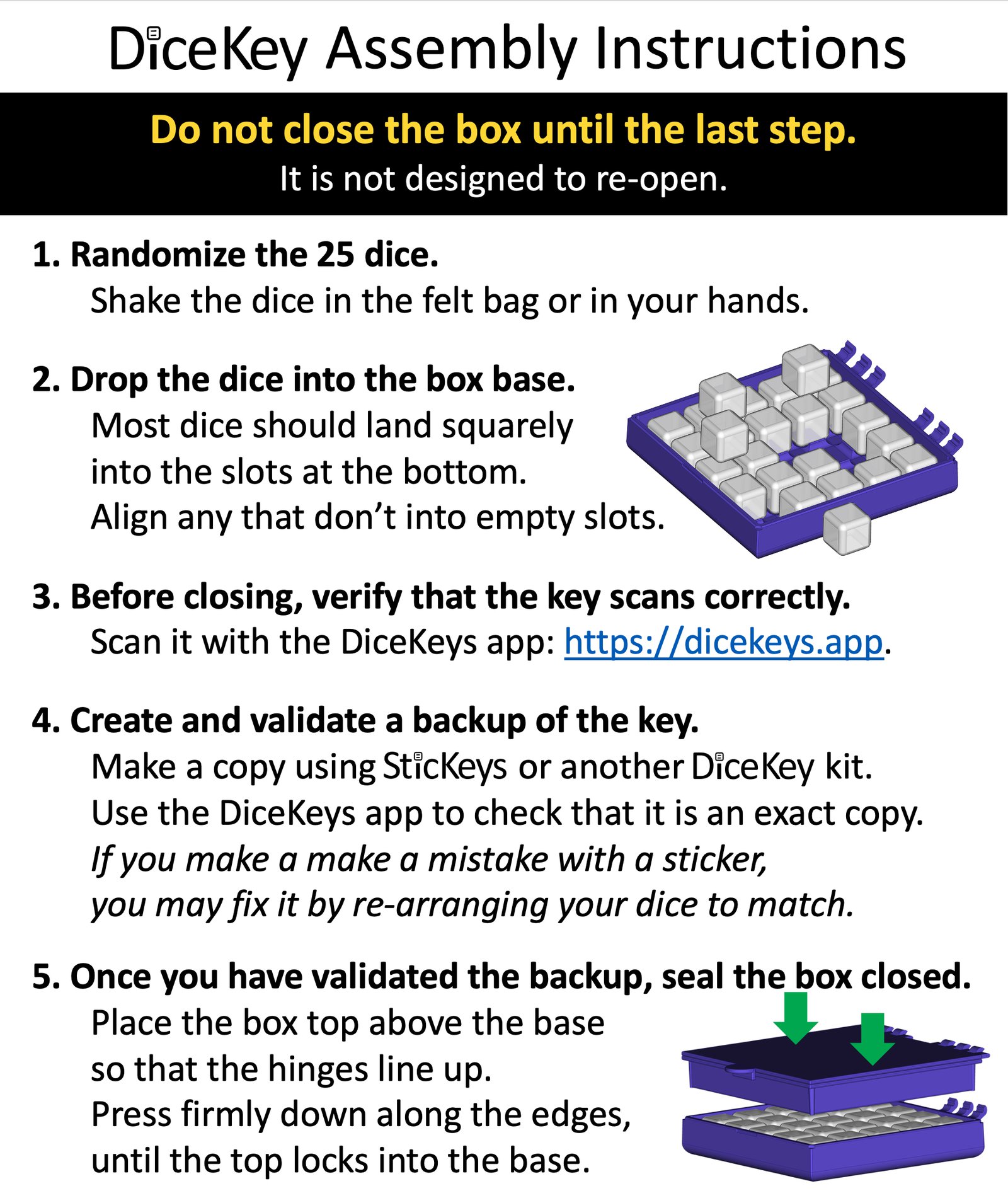 Thanks to everyone who contributed to our survey for our logos. We finalized on these, using a die to dot the "i":

We hired contract programmers to start the iOS port. Our iOS contractors are fluent in Android as well, so we hope to have them implement features for platforms in parallel to ensure consistency and feature parity.

The contractors have already ported the two core c++ libraries to work on iOS.

Next steps will include:

We’ve been holding off on fixing platform-specific bugs in the web-based implementation while we get the iOS and Android implementations ready. We’ll be re-engaging with beta testers as those apps come online. We have additional space in the beta program. If you’d like to help, drop an email to beta@dicekeys.com.