Too many new things for one headline!

Although we’re past the crowdfunding stage, we would love to give you guys, the initial supporters, an update on the project. A lot of things have happened, so let’s get started!

Before getting started with the fun stuff, please update your Arduino library. If you are still using the old version, those might break your panel (yeah, seriously). We mistakenly made a super-sensitive waveform which controls the screen and it’s fixed now. Please, head over to GitHub and grab the update.

We’ve made major Arduino library development progress. The newest library is always available from the official repo and it is now available from Library manager in Arduino IDE. The most important changes include better organization of the files, support for JPG/JPEG/BMP/PNG images, dithering for all types of pictures, bug fixes, and more. Here’s the full list: 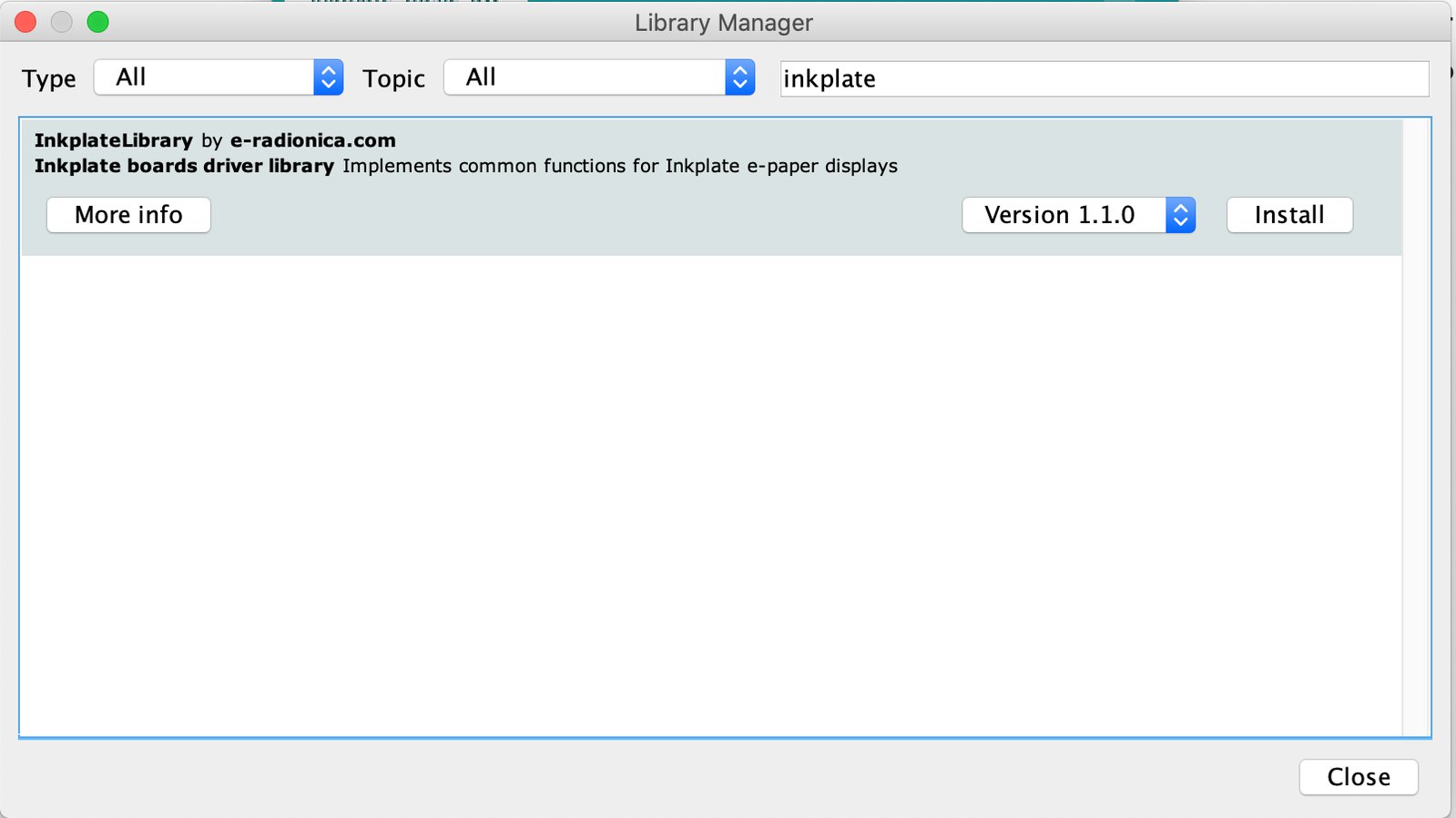 It includes all the basic examples to get you started:

Docs are super-important for this kind of product. That is why we decided to create a dedicated documentation site and fill it up with all the information you might need to use the Inkplate. The full documentation can be found at readthedocs page. Documentation is open-source. 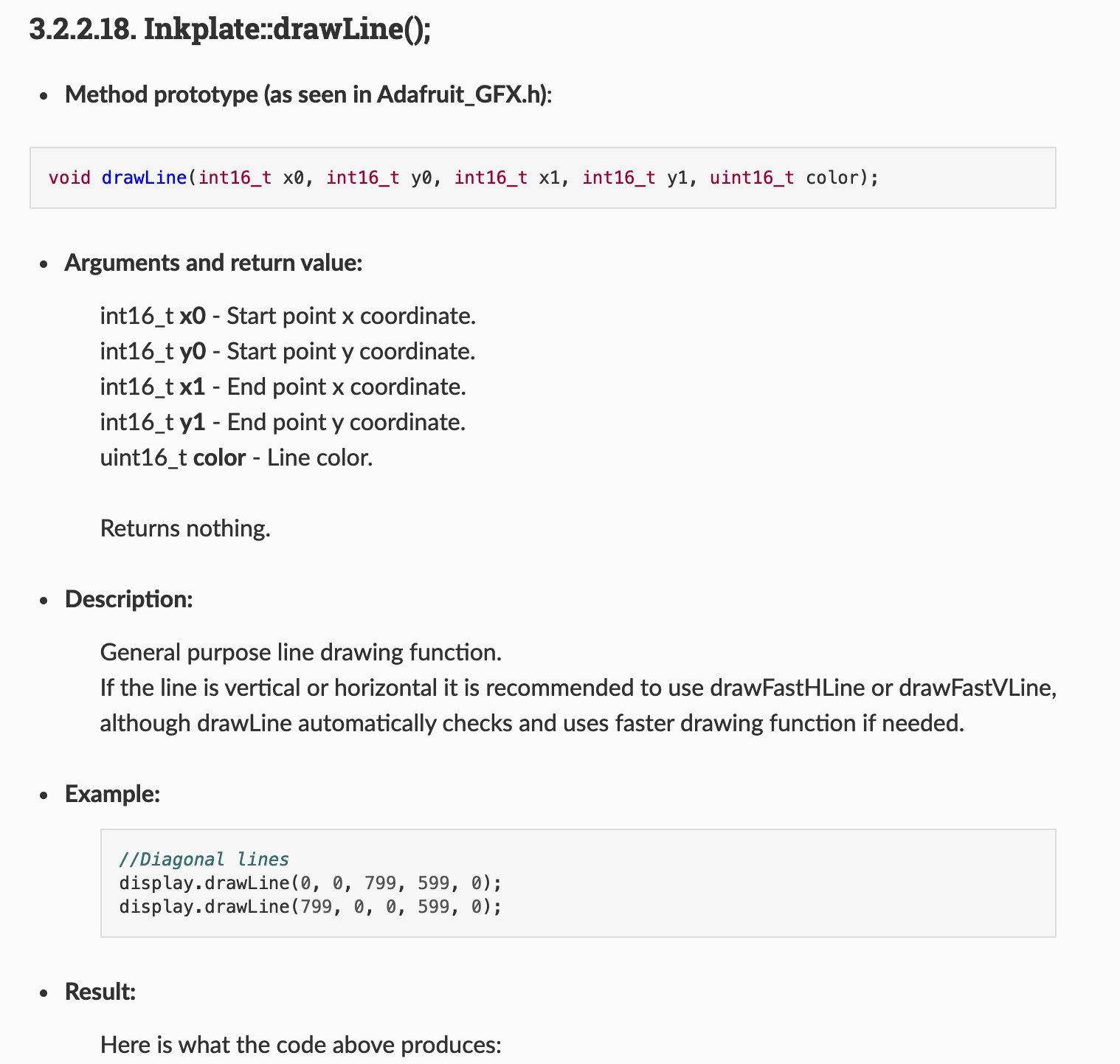 What’s next? Perhaps you don’t want to place an SD card into your Inkplate, or maybe you don’t have internet access to retrieve images, or you just want to re-use some graphics often, so you want to store them in Inkplate memory. To do so, you will need to convert the image to the proper format. Now, our online Image Converter for Inkplate is available. Upload your image, PNG/BMP/JPEG, select whether do you want B&W or grey mode, inverted colors, dithering, and if you want to resized. By clicking "convert", you will receive the array you can use in your code to show that image. You can also download the header file to easily add it to your Arduino code. The open source code for the converter code is available. 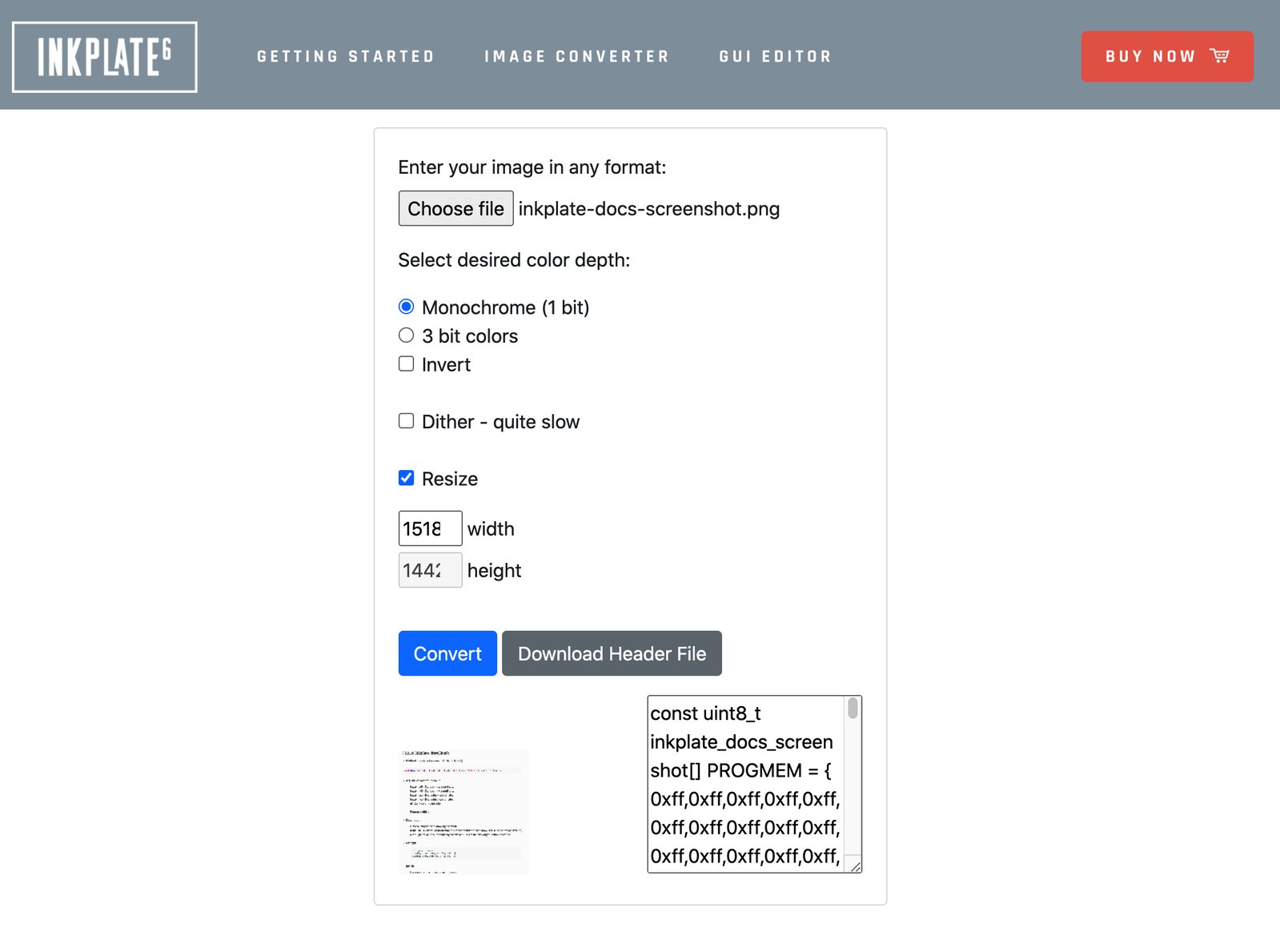 To make designing an interface even easier, we have made a GUI designer. It’s an easy to use, what-you-see-is-what-you-get, editor in which you can place graphic elements around the canvas. When you are happy with the graphic, you can export the code and import it into the Arduino IDE. Now, you have a fully programmed user interface which you can control with your code. The GUI designer is still in development and we are happy to hear your feedback. Its code is open-source, of course. 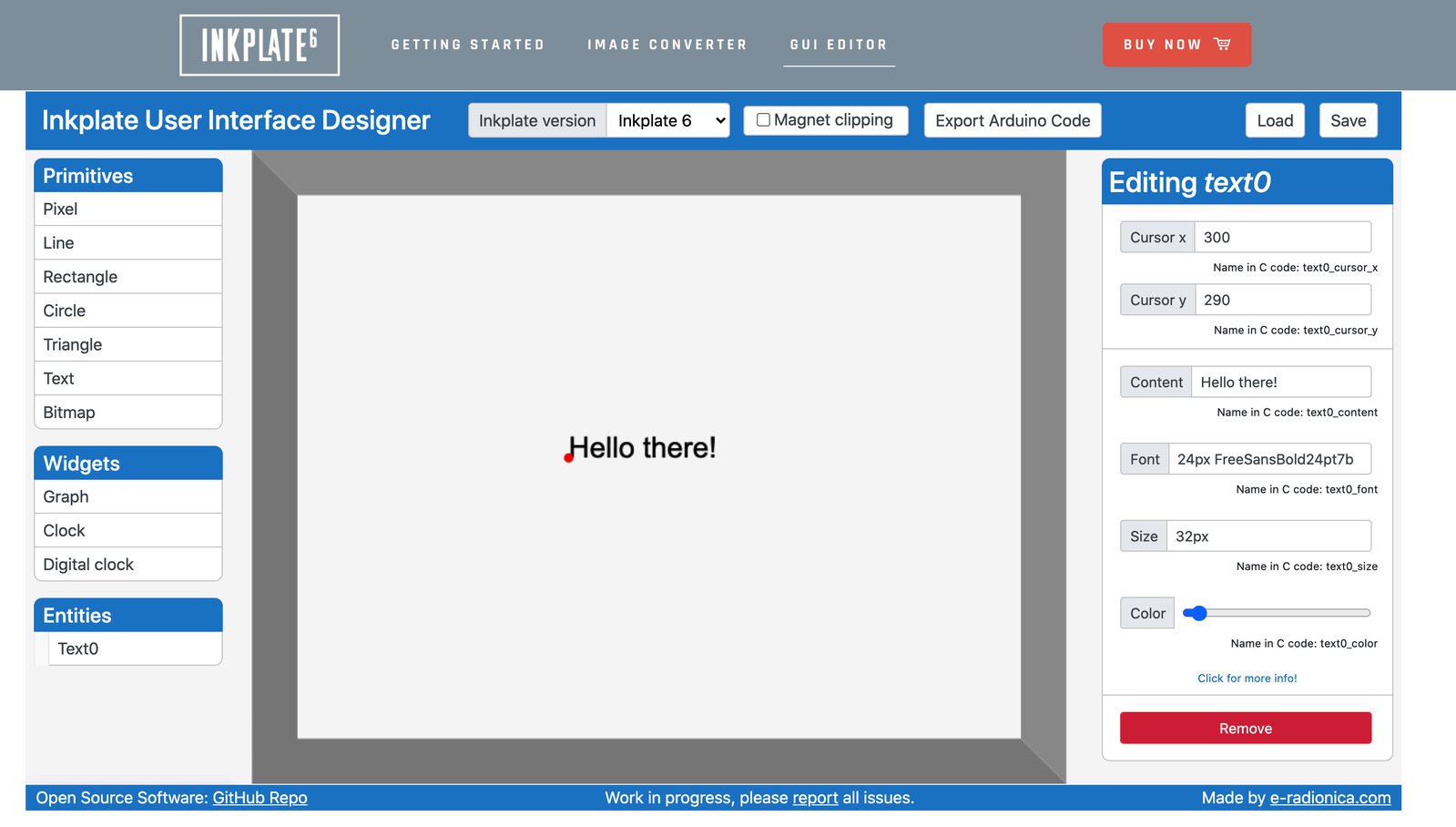 Thanks to your feedback, we now know which Inkplate you want to see next! That’s why we will launch Inkplate 10 this December. Inkplate 10 is an e-paper display board, similar to Inkplate 6, but with a 9.7 inch screen (that’s 2.5 more pixels!) and some other tidbits: 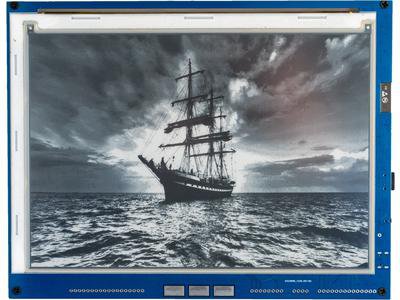 Until next time,
David & the e-radionica.com team