We’ve been busy: production has started, we’ve taken pictures of what the final kit will look like when unboxed, and we’ve released the next version of the firmware.

Last week we received metal enclosures and the remaining Ethernet patch cables, as expected. We now have everything to start putting together complete kits, except one small details: assembled modules. But, as mentioned in a previous update, a test run of 10 sets was in progress and we received them a few days ago. I already tested it and found few small issues mainly due to manual assembly of such a small run. Last Friday, I gave ITEAD the “green light” to start the main, automated production. 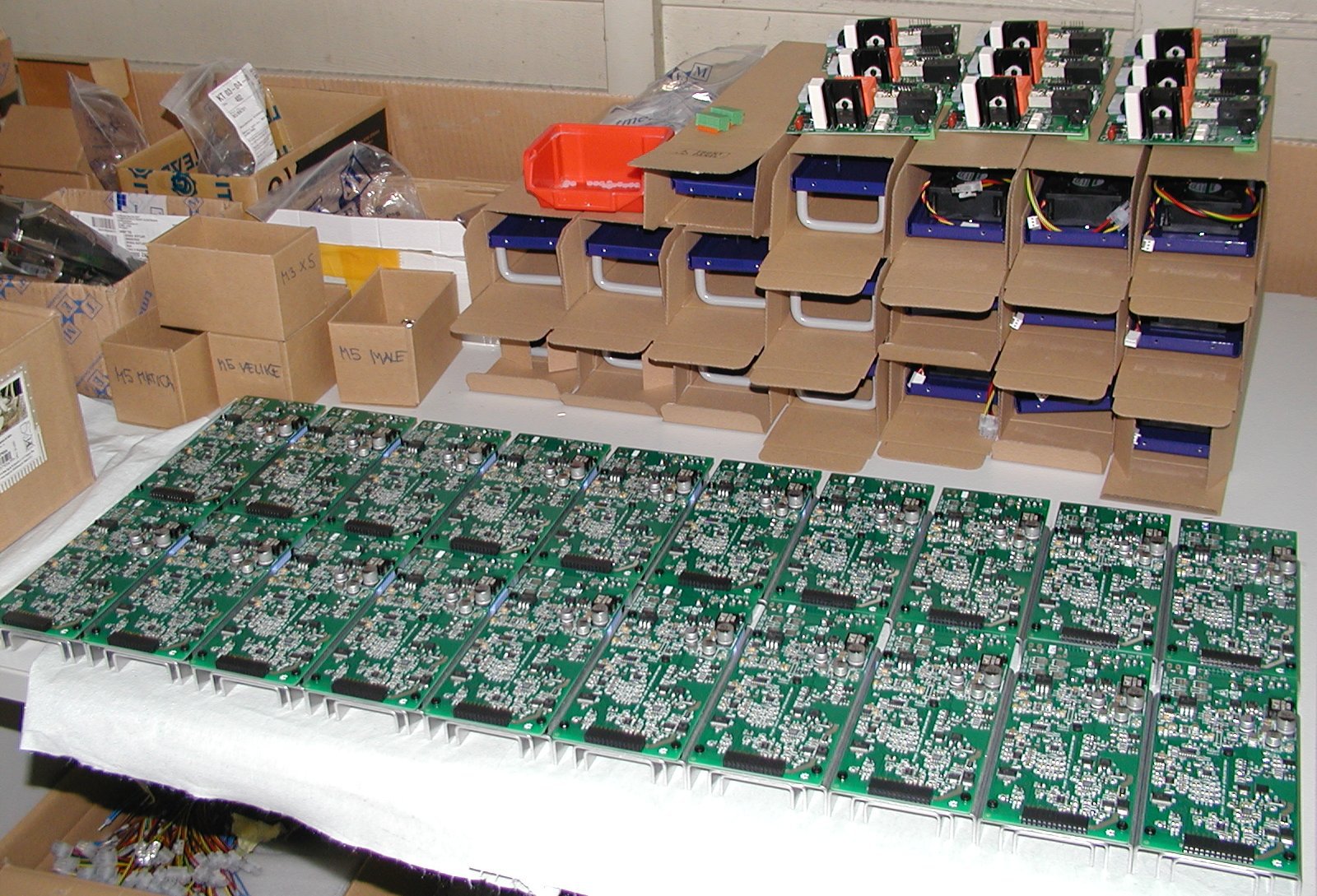 What You See Is What You (Will) Get

Producing a kit for delivery to you requires a lot of time and many different operations, but those efforts will save your time and nerves and decrease the possibility something goes wrong. The final package of a complete kit will look like this: 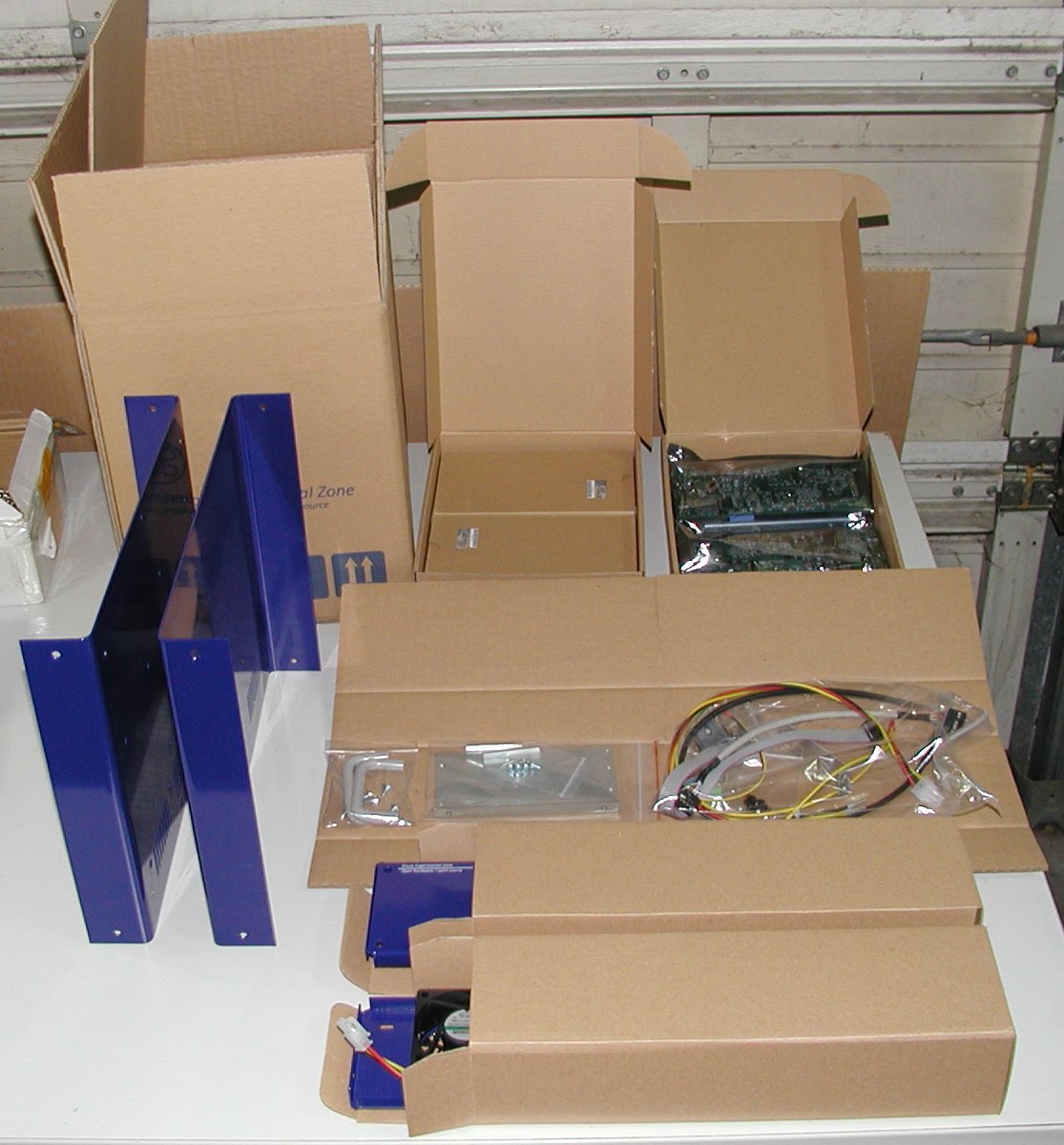 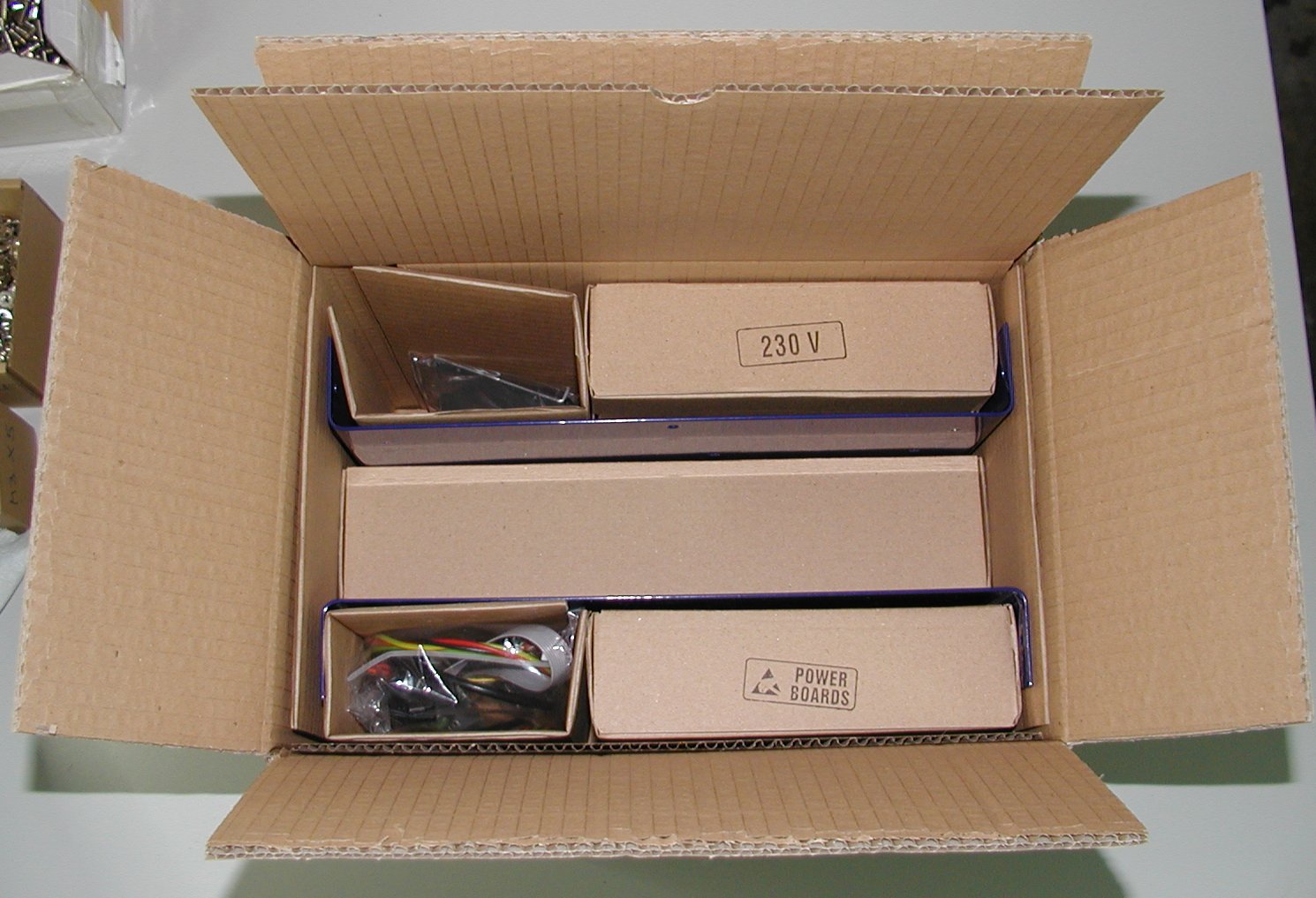 Firmware M5 was released last week and comes with full support for the new power board r5B12 that has dual current range. This release supports almost all EEZ H24005 functionality. Development has started on v1.0, which should include the few remaining features, such as digitally controlled outputs, more flexible Ethernet settings, and USB/serial port settings. Hopefully, that version will be ready in time for shipment. Of course, firmware development will not stop with campaign fullfilment.