Production is Ramping Up

Things are starting to heat up. In this update, we share progress on the PCBAs, cardboard boxes, wire harnesses, enclosures, and firmware, as well as discuss a potential future manufacturing run.

ITEAD reported last Friday that they started a test run of 10 units. They also confirmed that all components for the full manufacturing run should arrive on April 18th, the only exception being one socket that is "shorter" for about 60 units, so we’ll have to sort that out. All other parts that are not used for PCB assembly are already at my premise (Arduino Due, TFT display, SD cards, nuts & bolts, …), and AC/DC power modules should arrive next week. 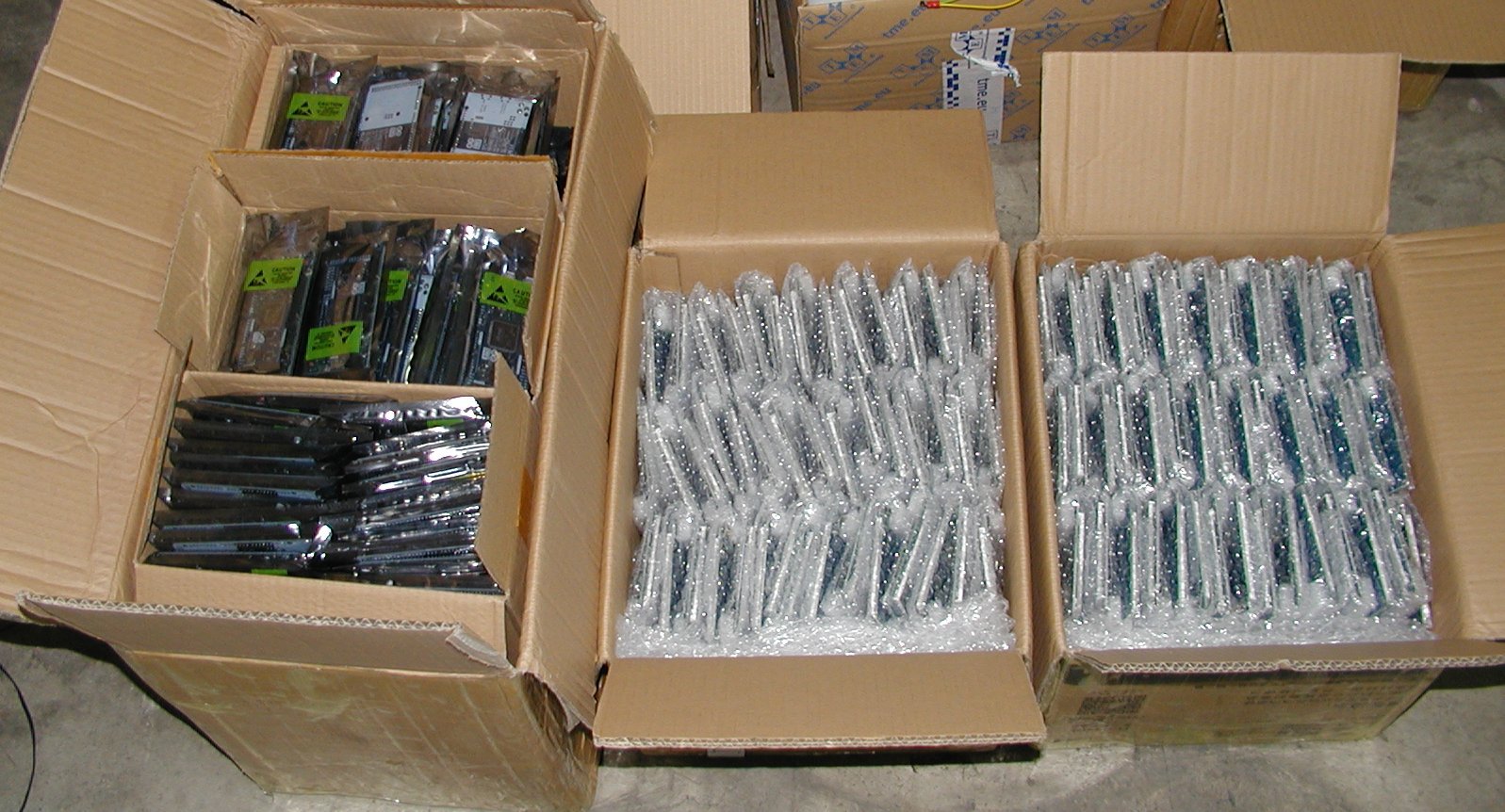 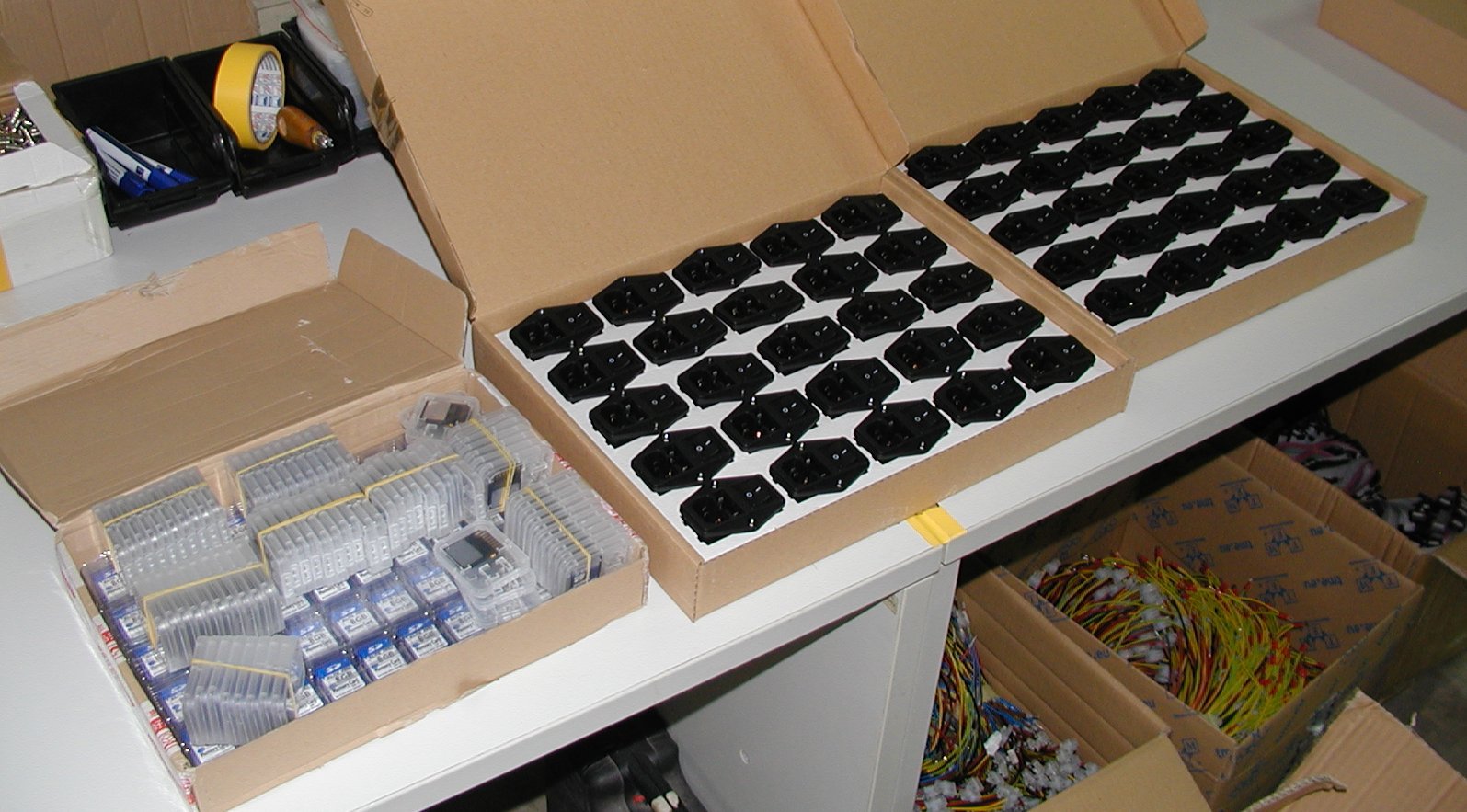 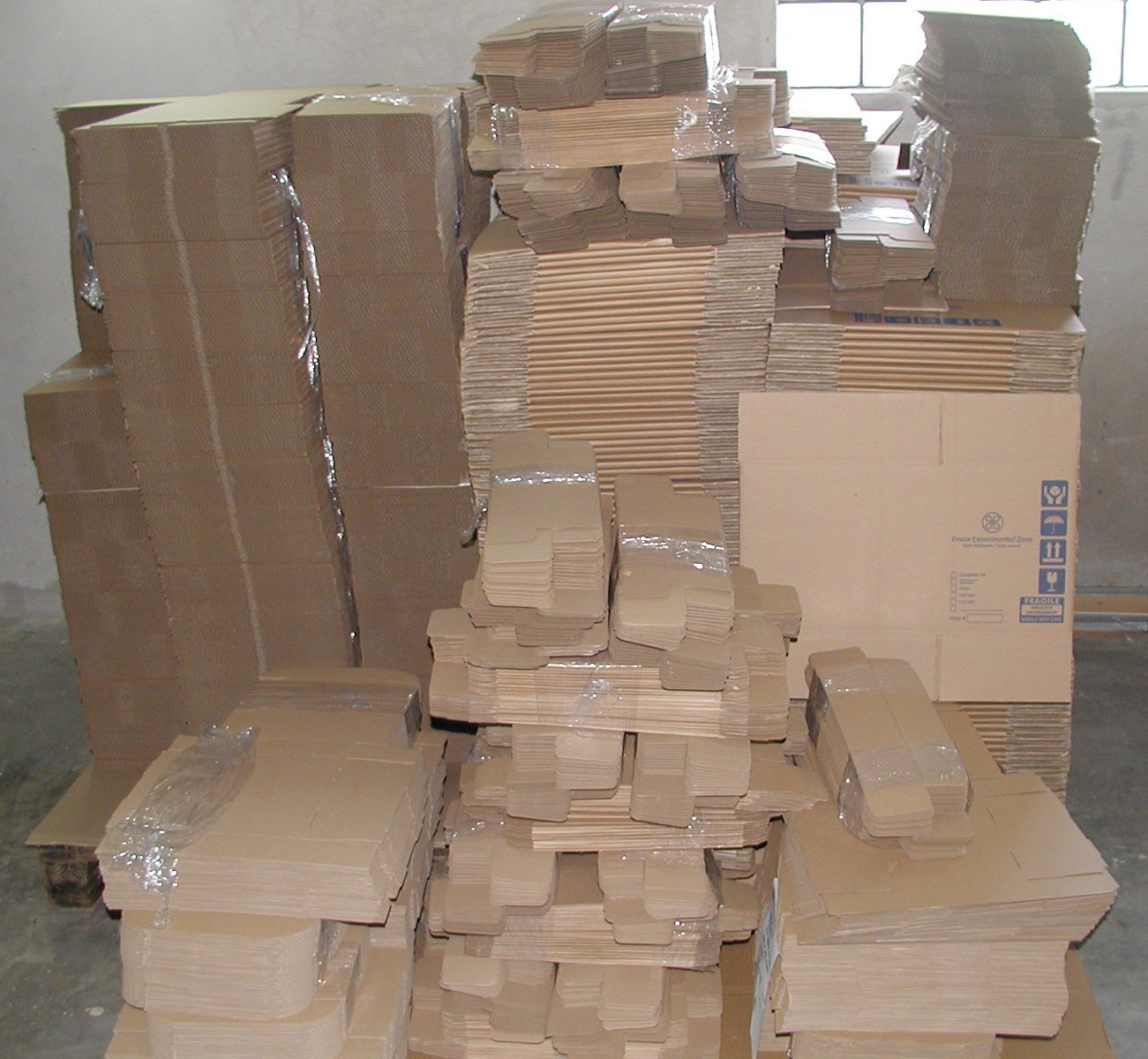 The transportation box has eight parts and when assembled looks like this: 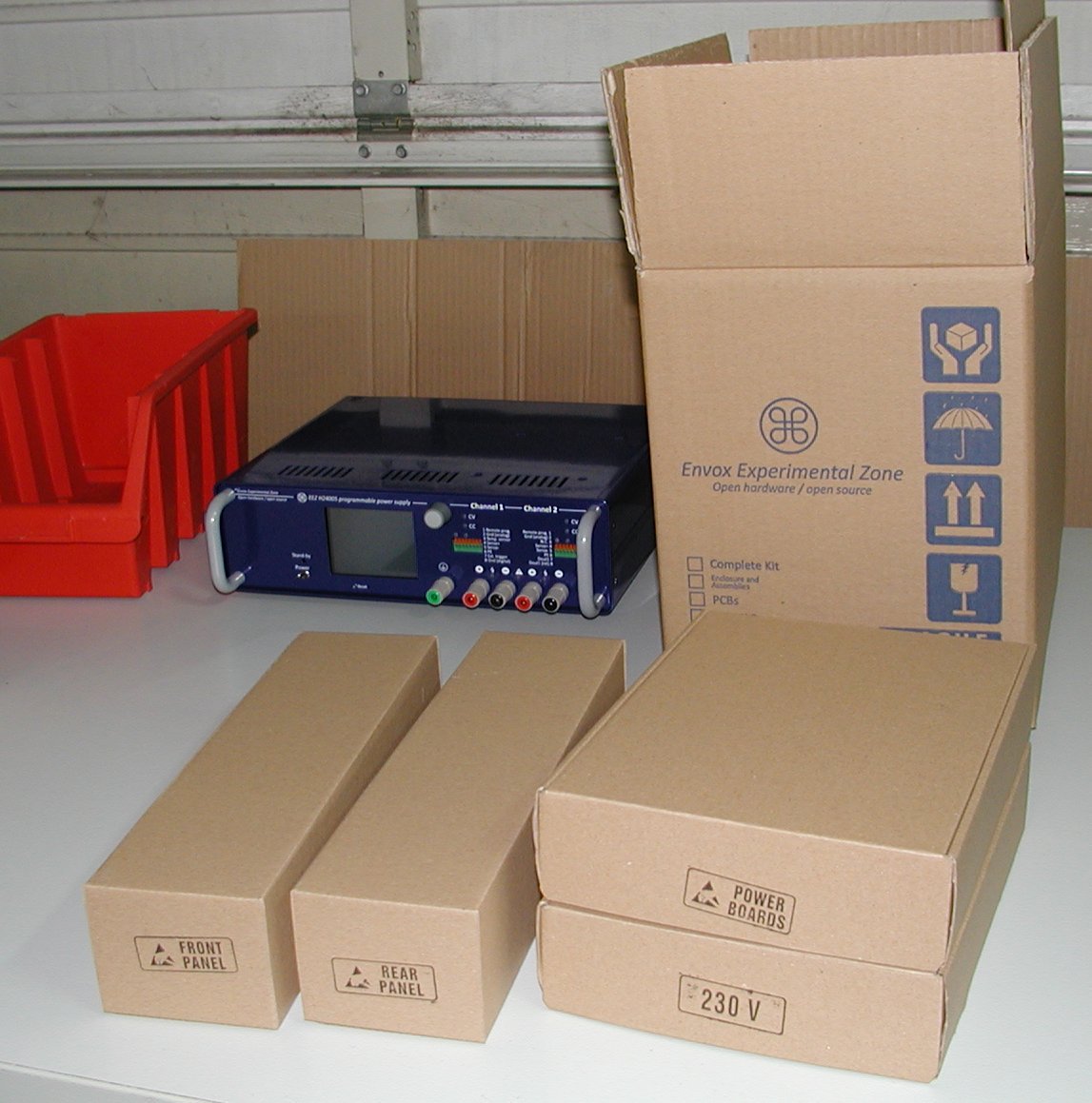 It’s pretty strong and I believe that all parts when packed will ship to Crowd Supply and then to you safely.

Most of the wire harnesses are already delivered. The remaining Ethernet patch cable should arrive in the coming days. 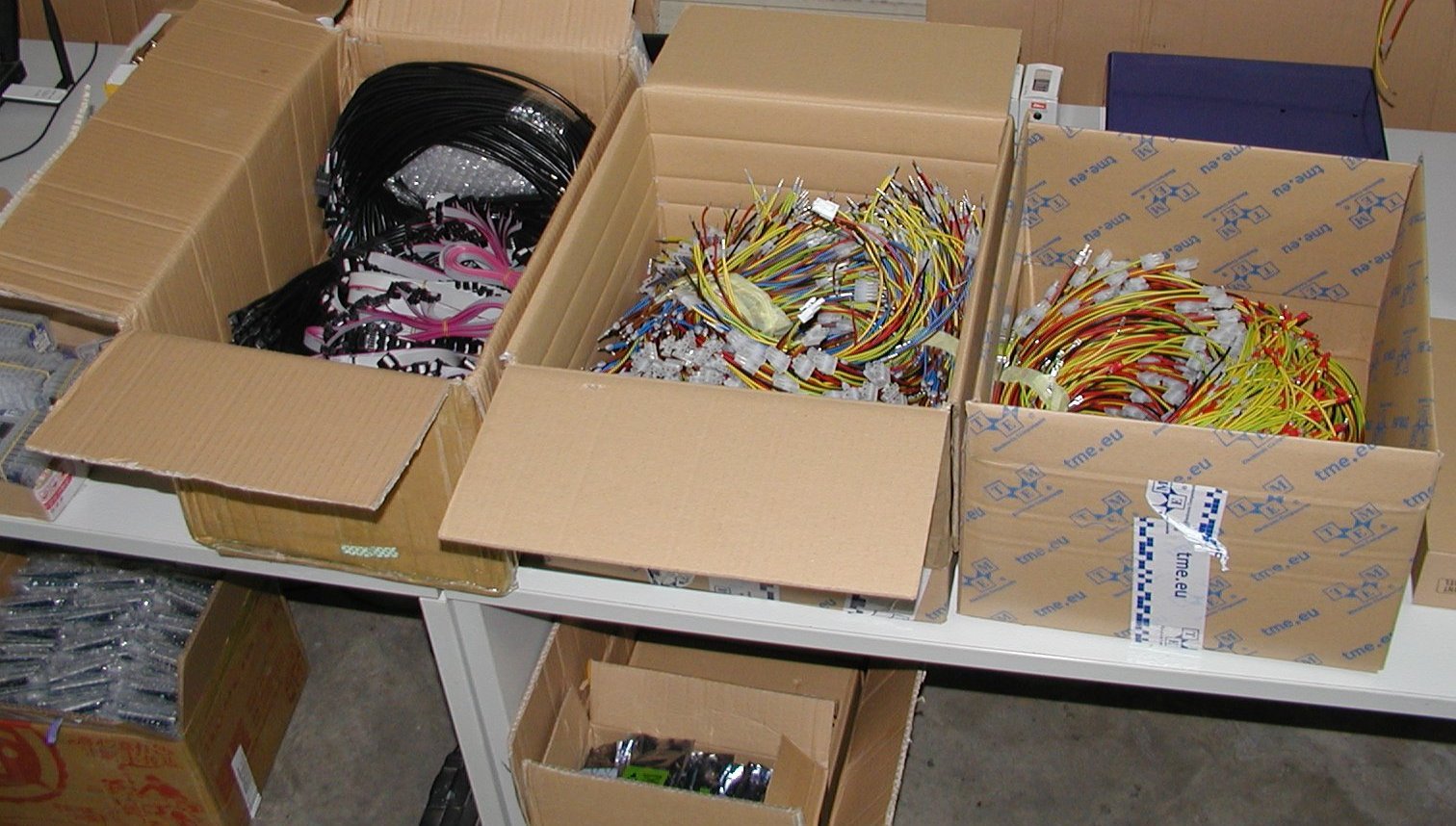 Varisom sent metal enclosures last week, and I’m also expecting them to be here soon. Huh, that will be another huge pile asking for more storage and working space.

Support for the newly added power board r5B12 functionality (i.e., dual range current) is done. That includes so-called autoranging to offer the best possible current measurement accuracy with a load connected. In parallel, we added new way of setting and presenting output values with up to three decimal places. The next major task is to make a “first time installation wizard”. As before you can follow activities on GitHub.

As some of you have noticed, we’ve stopped taking new orders for the EEZ H24005. Because we intentionally didn’t include a large margin in our pricing, the cost of the current manufacturing run is essentially the price paid for each unit and there essentially won’t be any left over to sell outside of those already purchased. Parts have already been ordered and deposits already paid to our manufacturers, so we can no longer accommdate new orders in the current batch. However, we’ve been discussing making a second batch, so please subscribe to project updates if you’d like to be informed if/when a next batch becomes available.