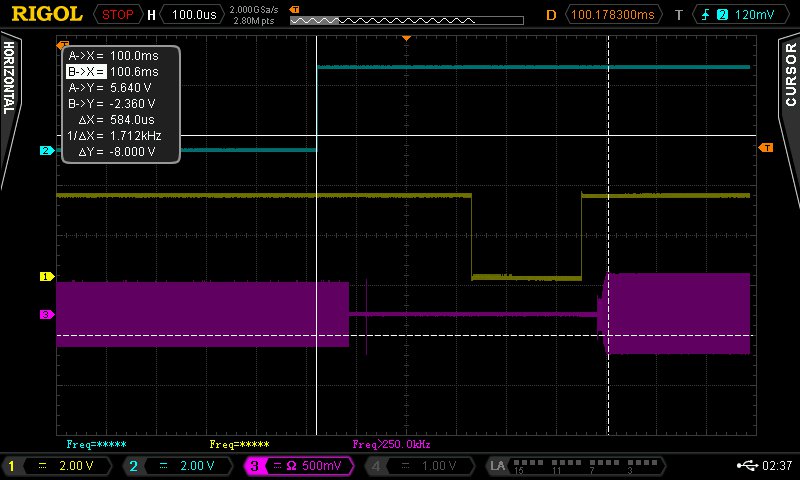 You might be wondering why we selected such low frequencies in the measurement. Why not measure the frequency switching speed at gigahertz frequencies? Well, for two reasons:

600 μs is respectable number for a signal generator considering the fact that we used an ATMEGA32U4 MCU to do all of the calculations and SPI transactions. Much better speed could be achieved if a more performant MCU with a higher clock was used.