In this update, we describe how to use a LimeSDR on HF bands (<30 MHz) and what modifications we can perform on your board to do so before shipping to you. Be sure to take the survey mentioned later in this update if you’re interested in HF!

As backers started to receive their LimeSDR boards, a number of those who are radio amateurs contacted us in connection with receive performance on HF bands (frequencies <30MHz) where, unfortunately, this was far from optimal with the hardware as supplied.

The issue is actually quite simple - although the LimeSDR board covers all the way from 100 KHz right up to 3.8 GHz, it is not possible to achieve optimum performance across this entire range with only a single RF matching network. Indeed, the default matching network for each LimeSDR channel is optimized for frequencies higher than HF.

As a result of beta testing with over 100 LimeSDR boards being put through their paces by members of the community, we decided not to change the matching network we had in one of our earlier revisions (1.2). However, the vast majority of the 30 or so applications used in beta testing used much higher frequencies. As such, the issue of HF receive performance didn’t come to our attention until last week.

We were obviously keen to do what we could to ensure that HF users could also get great performance. Upon being contacted about this issue, we started to look into the options. After spending a few days exploring these and carrying out all the necessary tests, Danny Webster, Principle Design Engineer at Lime Micro, published a blog post with two easy fixes.

At this point we’d like to give thanks to community member, sdr_research, for also proposing the fix of simply removing a single inductor, and to those who validated this approach and quickly posted results from their tests. It’s great to see the community in action, not only identifying issues, but proposing fixes and confirming that they are indeed effective!

Board Modification to Improve HF Performance

If you have already received your board and would like to optimise the low band input on the first transceiver channel (RX1_L) for HF use, you simply need to remove inductor MN18. This part can be seen just below transformer T3 in the first photo below. For comparison, the second photo below shows a board where MN18 has been removed. 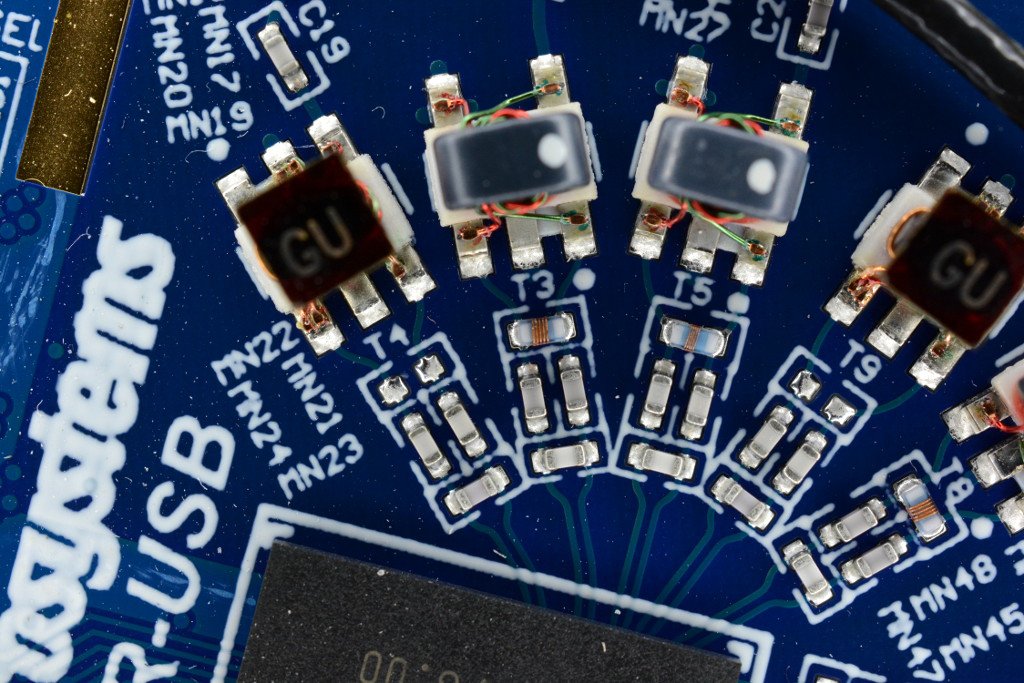 A LimeSDR board with inductor MN18 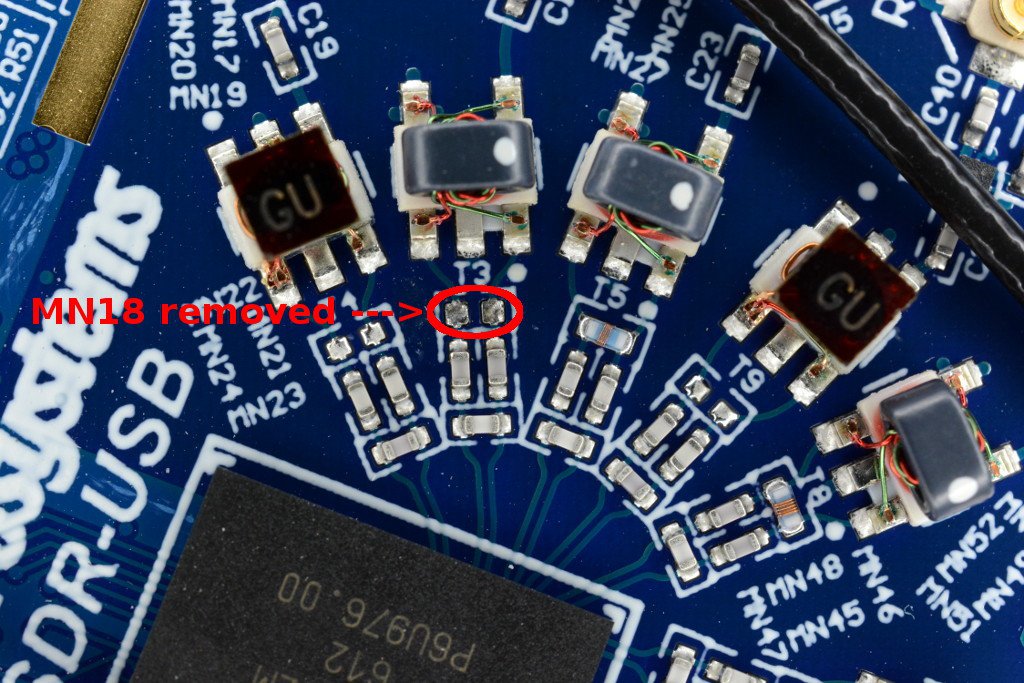 A LimeSDR board without inductor MN18

Note also that the inductor could equally be removed instead from a wideband input.

Part of designing the LimeSDR to be hackable meant using reasonably sized components instead of the smallest we could find. In this case, the MN18 inductor is an 0402 part, which, although small, is still workable with many hobbyist soldering setups. Furthermore, removing such a part is much simpler than adding such a part.

Do You Want Us to Modify Your Board?

The modification mentioned in the previous section is straightforward. However, if you would prefer for us to carry out this modification for you, please fill out this survey.

I have not yet received my board! What do I do?

All you need to do is fill out the survey and wait about six weeks for the modified boards to be completed and shipped, at which point you will receive a shipping confirmation email with a tracking number.

I’ve already received my board! What do I do?

Modified boards will be shipped from Crowd Supply’s warehouse in the US and will be listed on the invoice as a "replacement" unit, which should mitigate problems with customs. If your board will be shipped outside of the US, be sure keep all records of your original purchase in case customs officials ask to see them.

We’re not sure yet if we will be offering this modification on an ongoing basis - it depends on demand. As such, this is a limited-time offer. If you’d like to take advantage of this offer, you must fill out the survey by 11:59 PM GMT on February 21, 2017.

Of course, if you aren’t satisfied with any of these solutions we can cancel your order before it ships - just contact Crowd Supply support with your order details.

Thanks to everyone for your efforts in identifying and finding solutions to this problem and for your patience while we implement a resolution.