Over The Air, pyLMS7002M Python package and VNA example 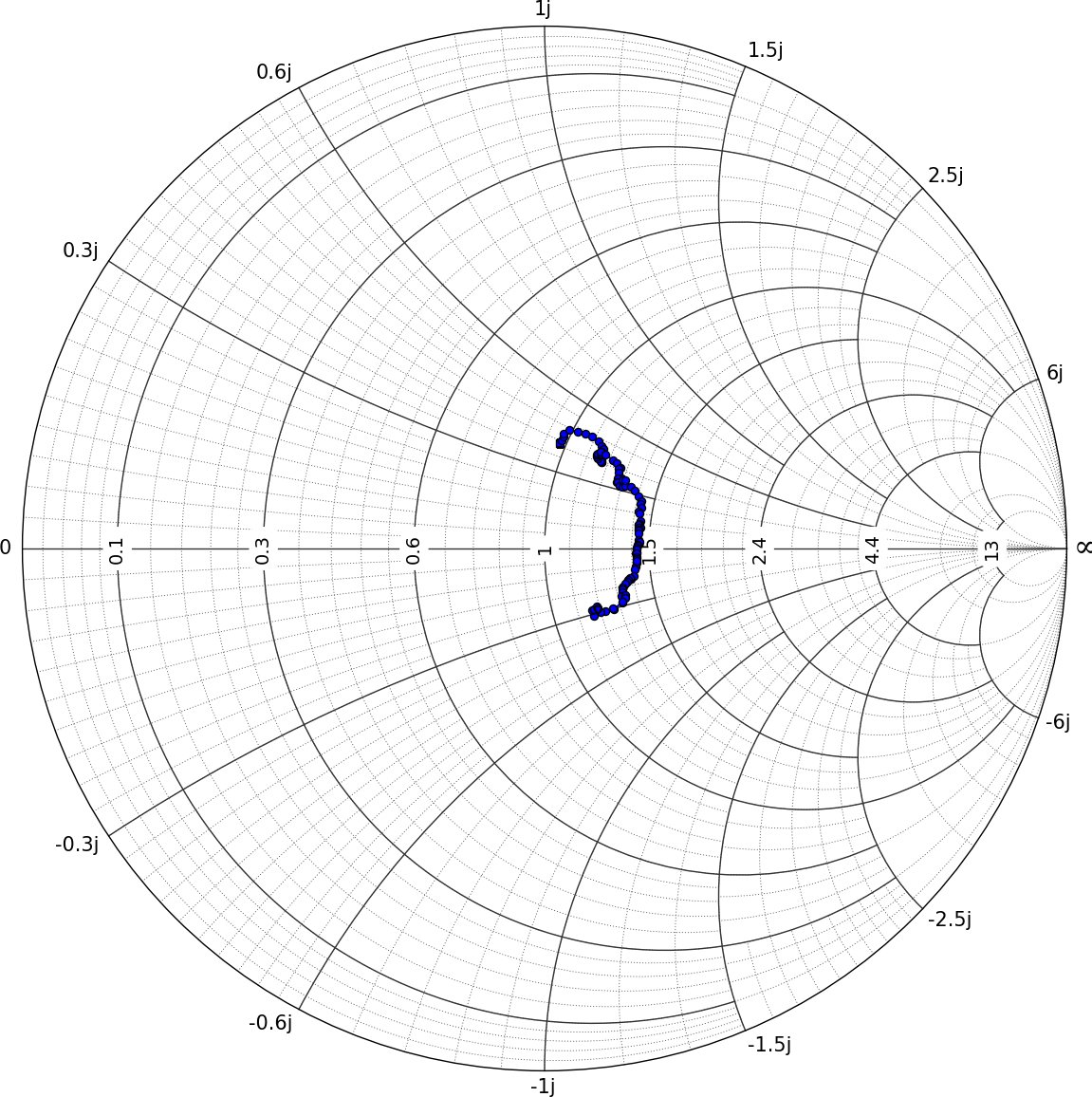 A Smith chart produced by the VNA

Last week saw the first post go up on Myriad-RF in a new fortnightly series entitled, Over The Air — a round-up of interesting and newsworthy developments in the wider community. In this Gareth Halfacree covers in brief the recently launched NOAA weather satellite, GOES-R, along with a DIY bandpass filter to improve its reception, a new release of LuaRadio and finally a GNU Radio-based implementation of the LoRa PHY. We’re looking forward to the next update in a few weeks time!

Many of you have been asking for it and now we’re excited to be able to share the code for the Vector Network Analyser (VNA) example that we demonstrated back in June. In another post over on myriadrf.org, Andrew introduces this and the pyLMS7002M Python library that it’s based on.

Jessica and the LimeSDR Team