A Nixie Clock as Beautiful as it is Functional

Nixie Tap is a compact, no-frills Nixie clock. It’s powered via a micro USB connector, so that you can power it via any USB port or old phone charger. It also has Wi-Fi, so it can automatically synchronize with an NTP time server once connected to a wireless network.

What is a Nixie Tube?

Nixie tubes are an early form of display technology from the Cold War era. Designed for military and scientific use, these tubes are now harder to come by. We’ve worked hard to make Nixie Tap a worthy home for these ever-more-scarce tubes. 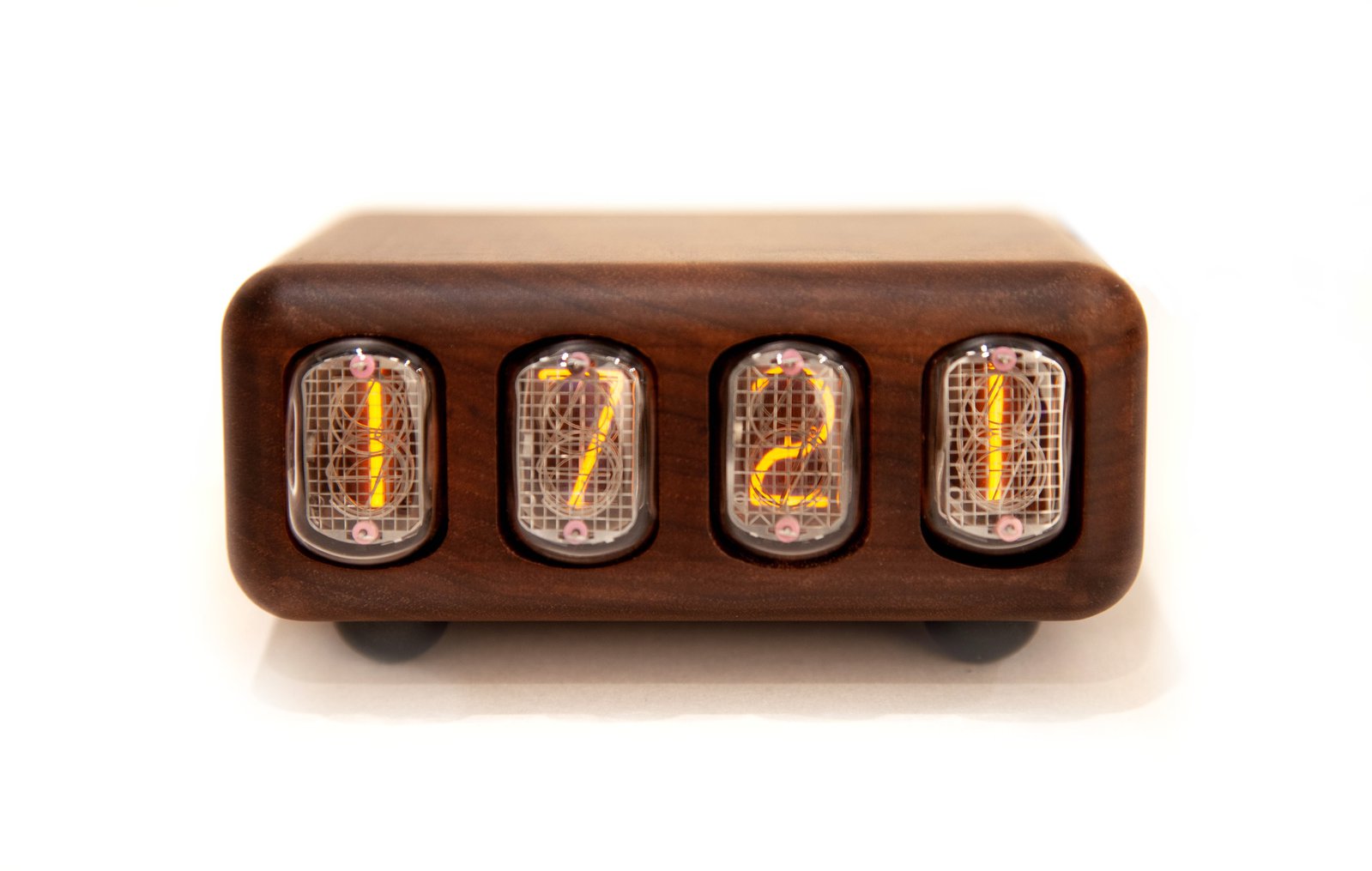 There is something magical about Nixie tubes. Watching digits and dots change almost has a meditative effect, and it keeps your eyes glued to the orange numerals. As soon as we fired up the first digit, we knew we had to have an entire clock. We set out looking for a pre-existing kit or finished product. There were simple constraints:

Although there are countless Nixie clock kits, finding one that ticks all these boxes is not a simple task. For us, this was a clear call to action, and we decided it’s time for such a Nixie clock to be brought to life. 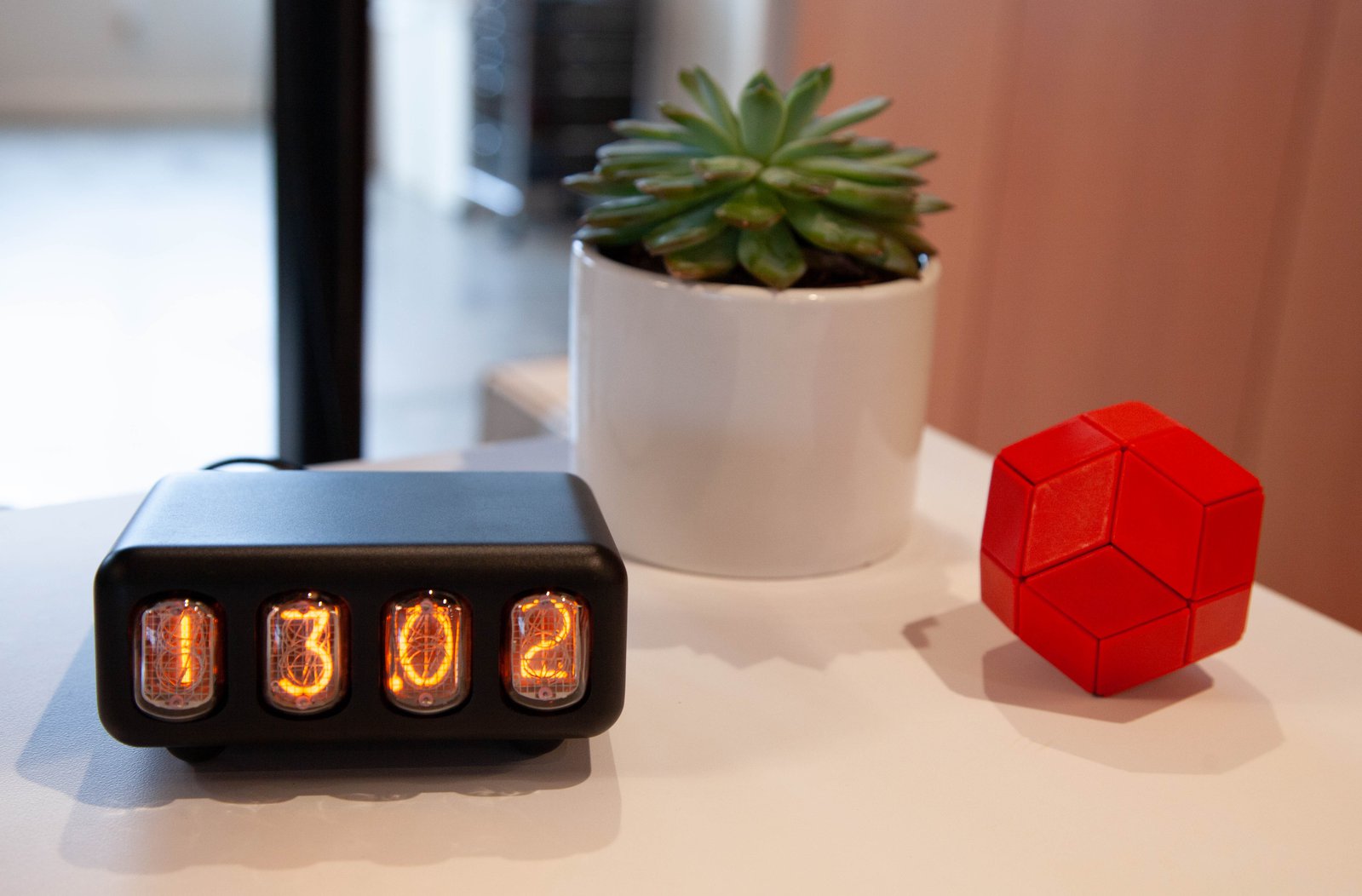 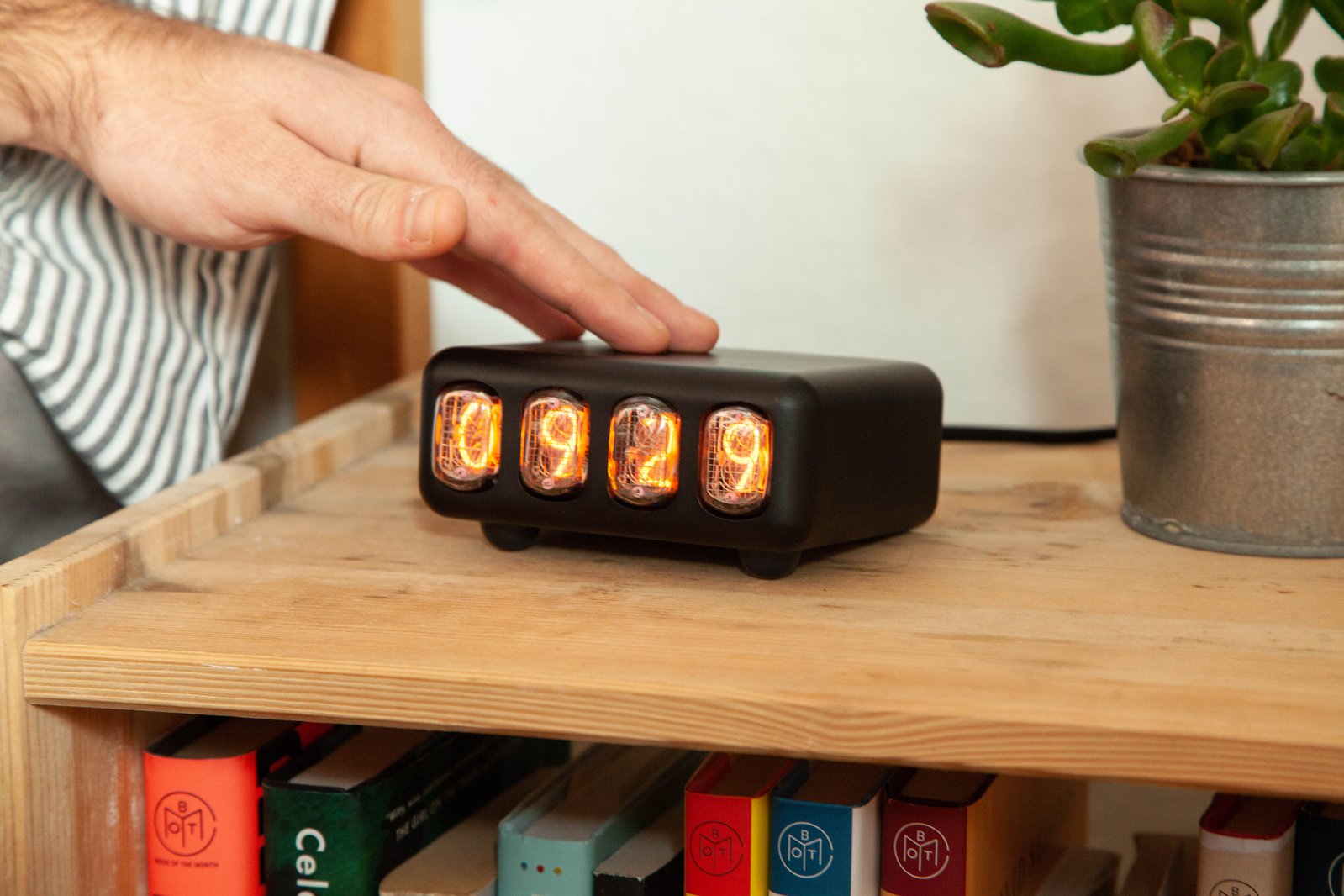 While Nixie Tap is a great clock, I’ve also made it easy and fun to hack on. To the extent possible, everything is open source, and the latest files can be found in the project repository.

You can connect Nixie Tap to your IFTTT account it into an input device capable of triggering any of hundreds of events. Just give your Nixie Tap a gentle tap to kick off that Rube Goldberg IoT machine you’ve been dreaming of.

The control center of the device is the beloved ESP8266. It coordinates the Wi-Fi, display (via SPI), real-time clock (via SPI), and tap sensor (via digital input) to make everything run smoothly. Arbitrary code can be uploaded from your choice of development environment using the same micro USB cable that supplies power (included). 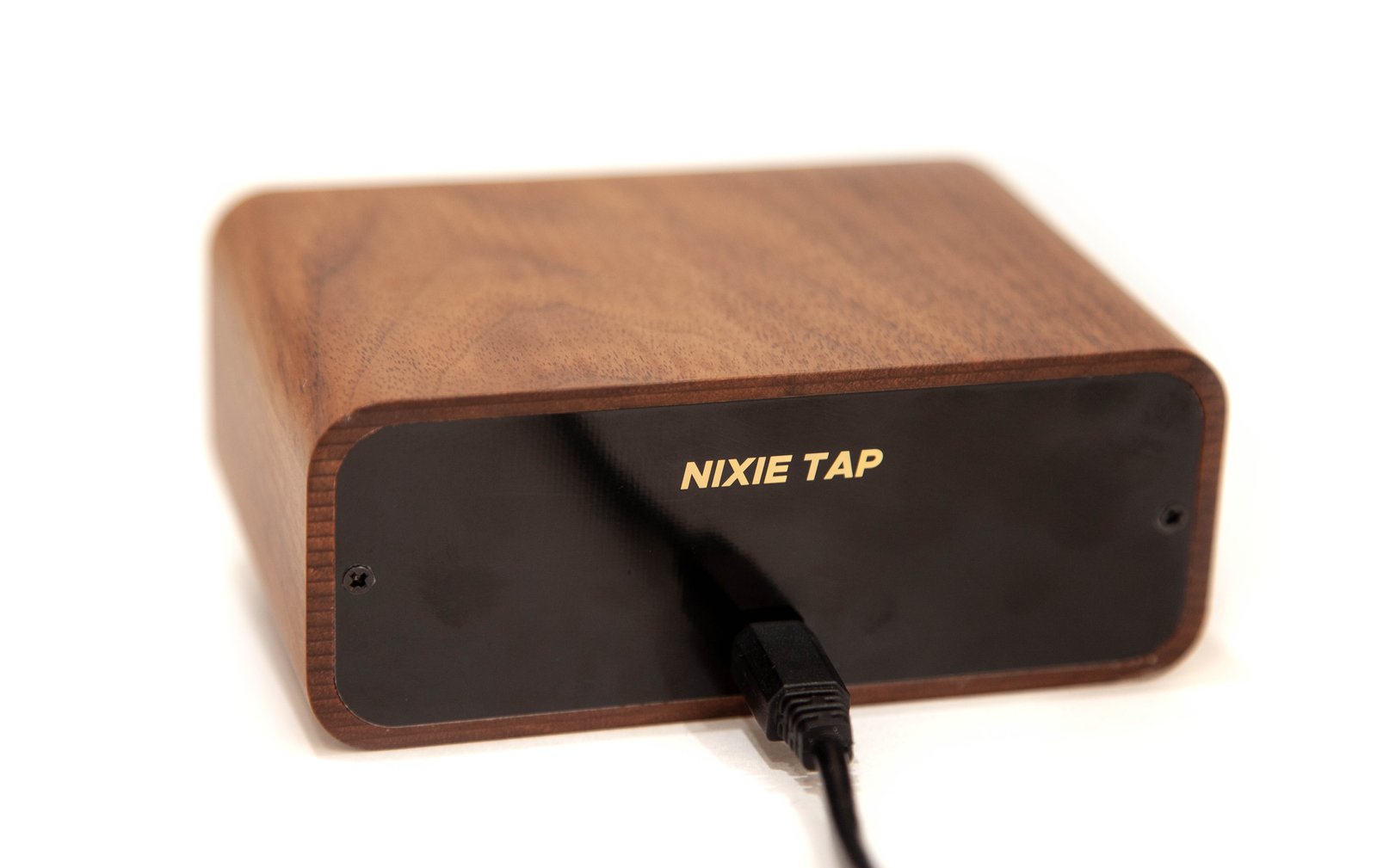 Special care was taken to ensure that the unit runs from 5 V from a standard USB port. Initially, the prototypes used a power supply unit (PSU) bought off of eBay, which were hard to get and proprietary. So, we decided to design our own PSU, and ended up with one of the first open source, high-efficiency USB Nixie PSU designs. We hope other people use it in their own projects!

To keep the premium look that Nixie tubes themselves have, we designed the enclosure around traditional materials: walnut and aluminum. 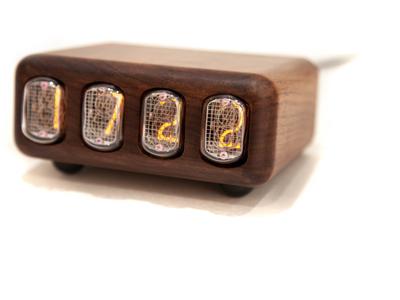 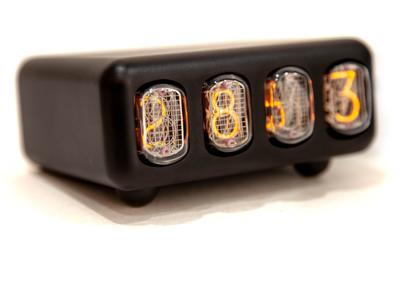 Before the final version, we tested a few types of hardwoods (walnut, mahogany, wenge). Each of these had its own characteristic pattern, and we ultimately chose walnut, as it gave the most consistent pattern quality. The enclosure is machined from a single block of walnut, and finished using oil.

For those of us who like metal, we prepared a special version. This one is heavy, cold, and black. It’s machined from a single block of aluminum, and anodized in black.

On first power-up, Nixie Tap will serve a hotspot called NixieTap. Within this hotspot, you can manually override the time and date, set keys for IFTTT integration, and enable or disable operating modes.

By default, the unit has four modes of operation:

To change between the modes, just gently tap the Nixie Tap. Each mode can be turned on or off by accessing the Setup menu. 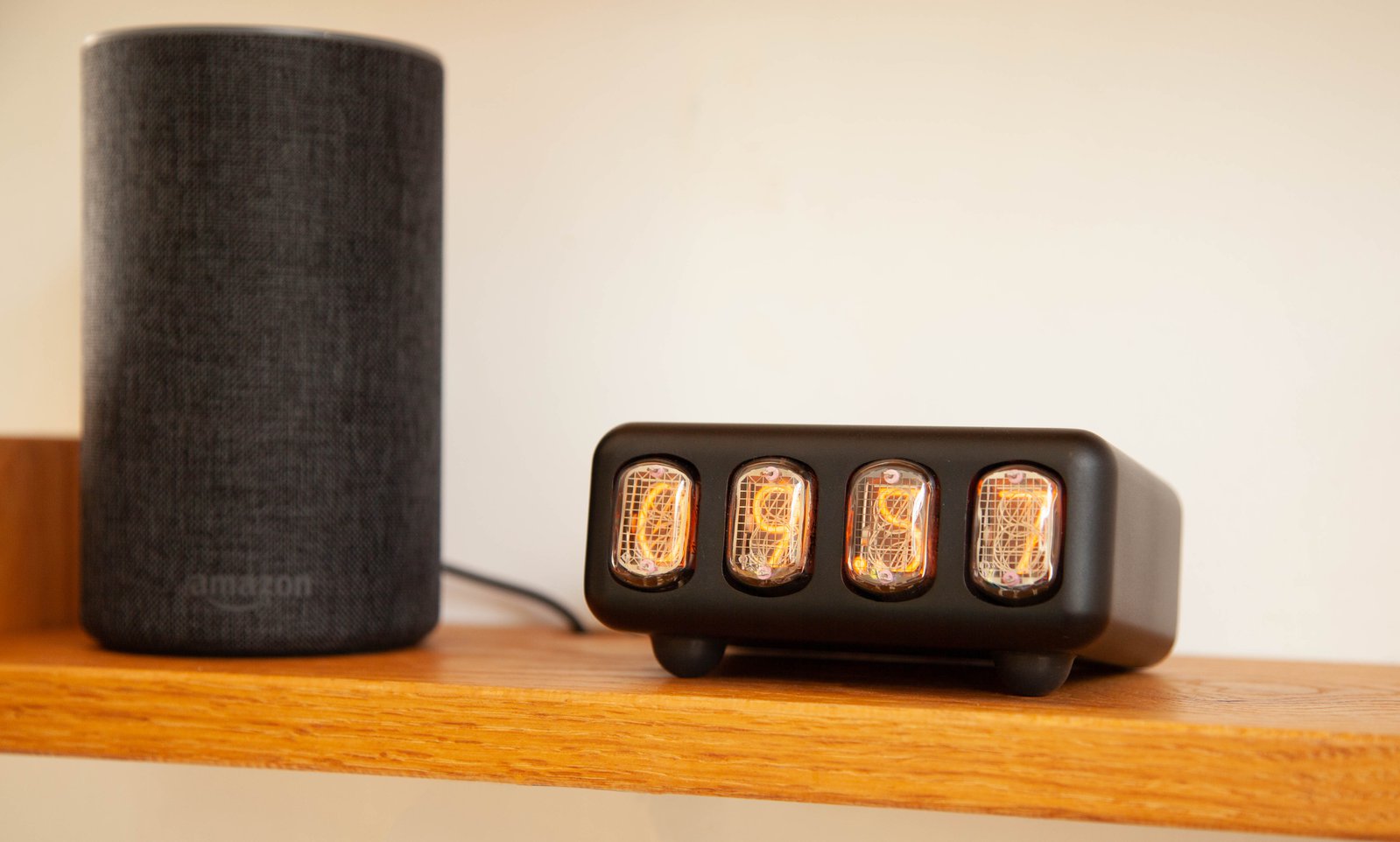 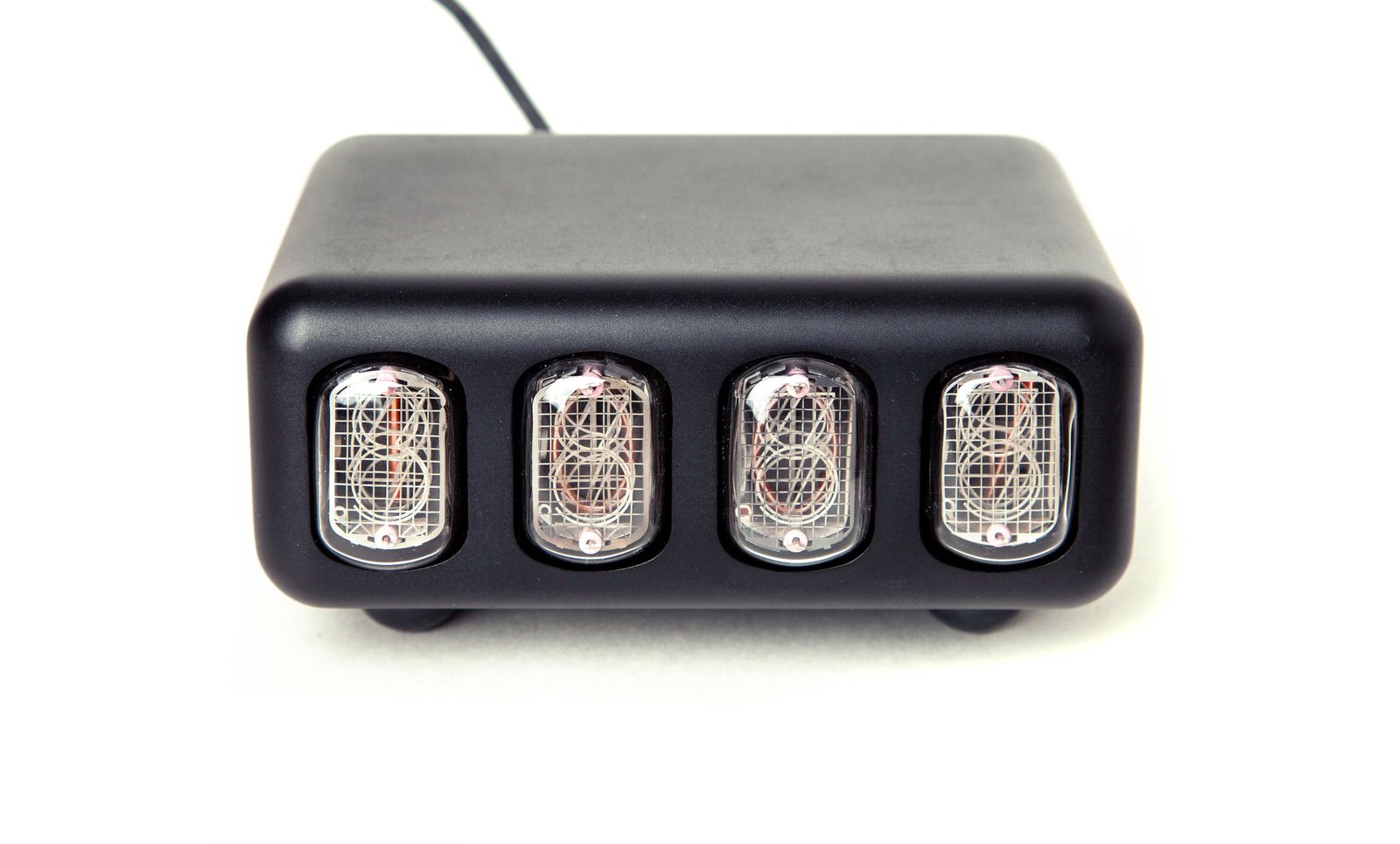 Mladen is a hardware manager by day, and product design enthusiast by night. He strives to create down-to-earth products while contributing to the open hardware community. 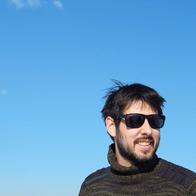 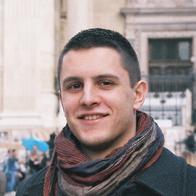 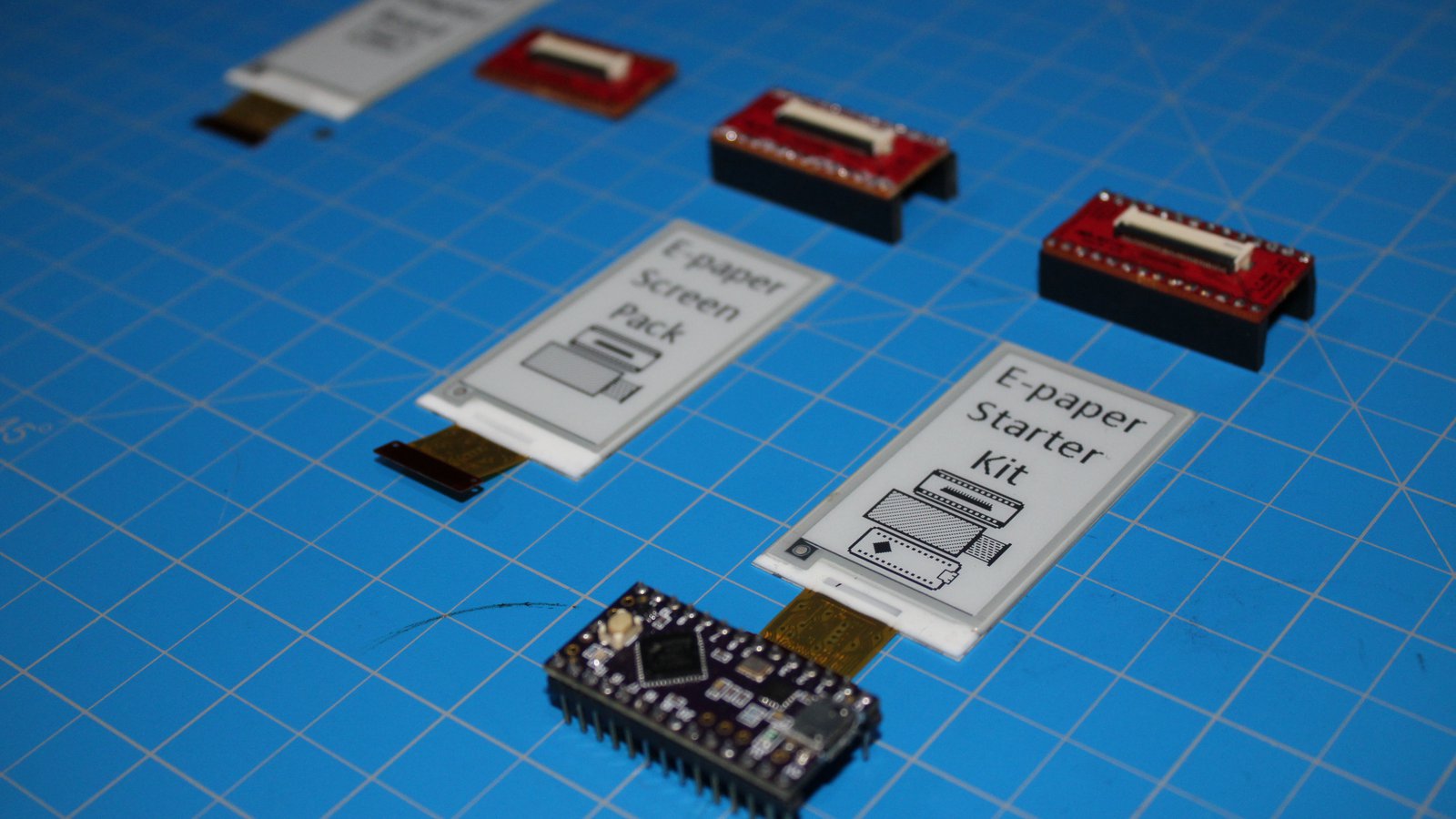 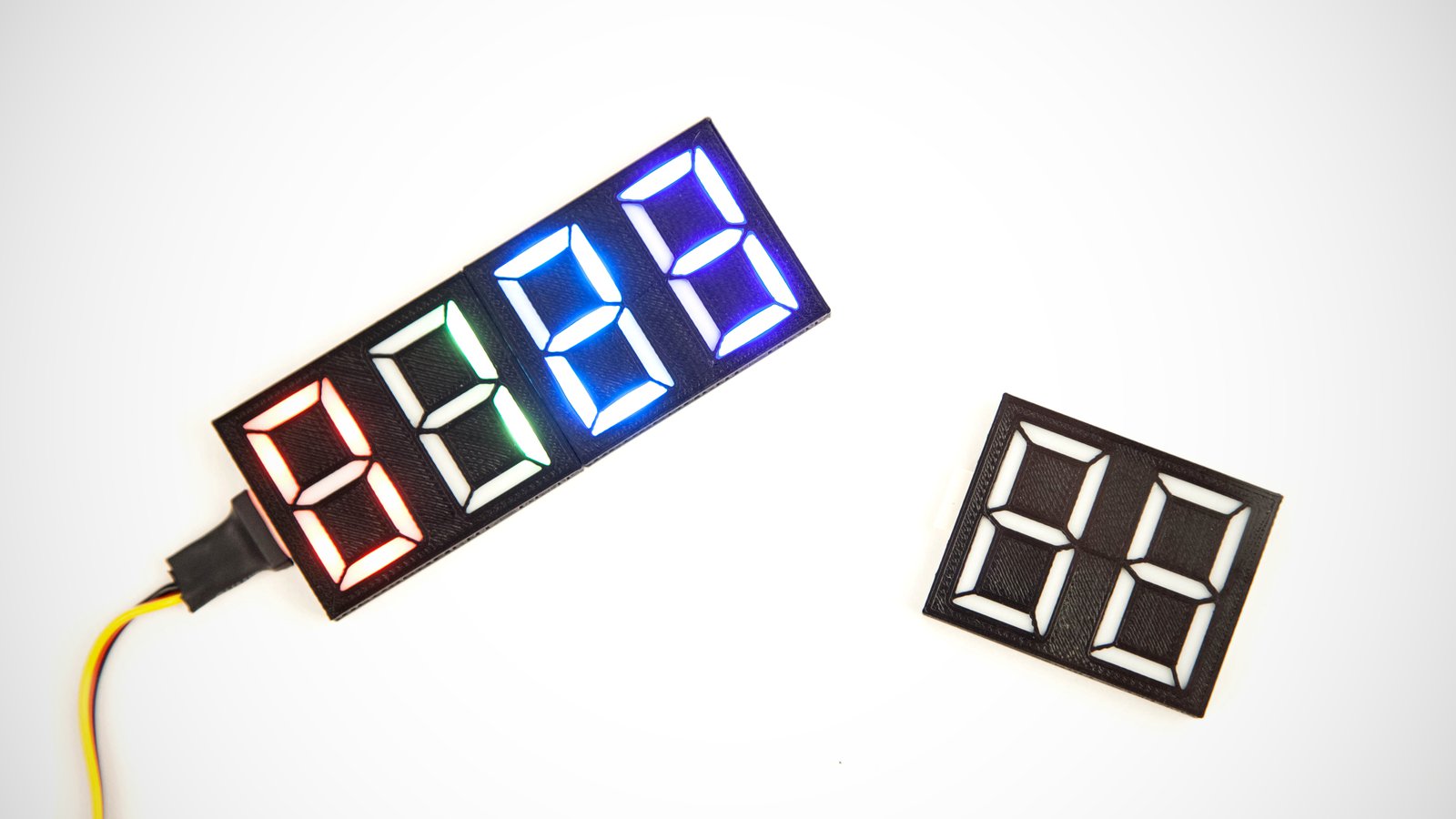