We are well on our way to mass producing Signet HC units, although a component shortage will delay assembly completion until January. We have the initial batches of all of our parts, which all seem to be up to specifications.

We received a batch of 550 Signet HC enclosures from SeaSky Tooling. They were thoughtful enough to protect the surface of each enclosure part with a plastic covering. The enclosure halves snap together just like the samples, they house the PCB snugly, and we haven’t seen any problems with the surface finish. 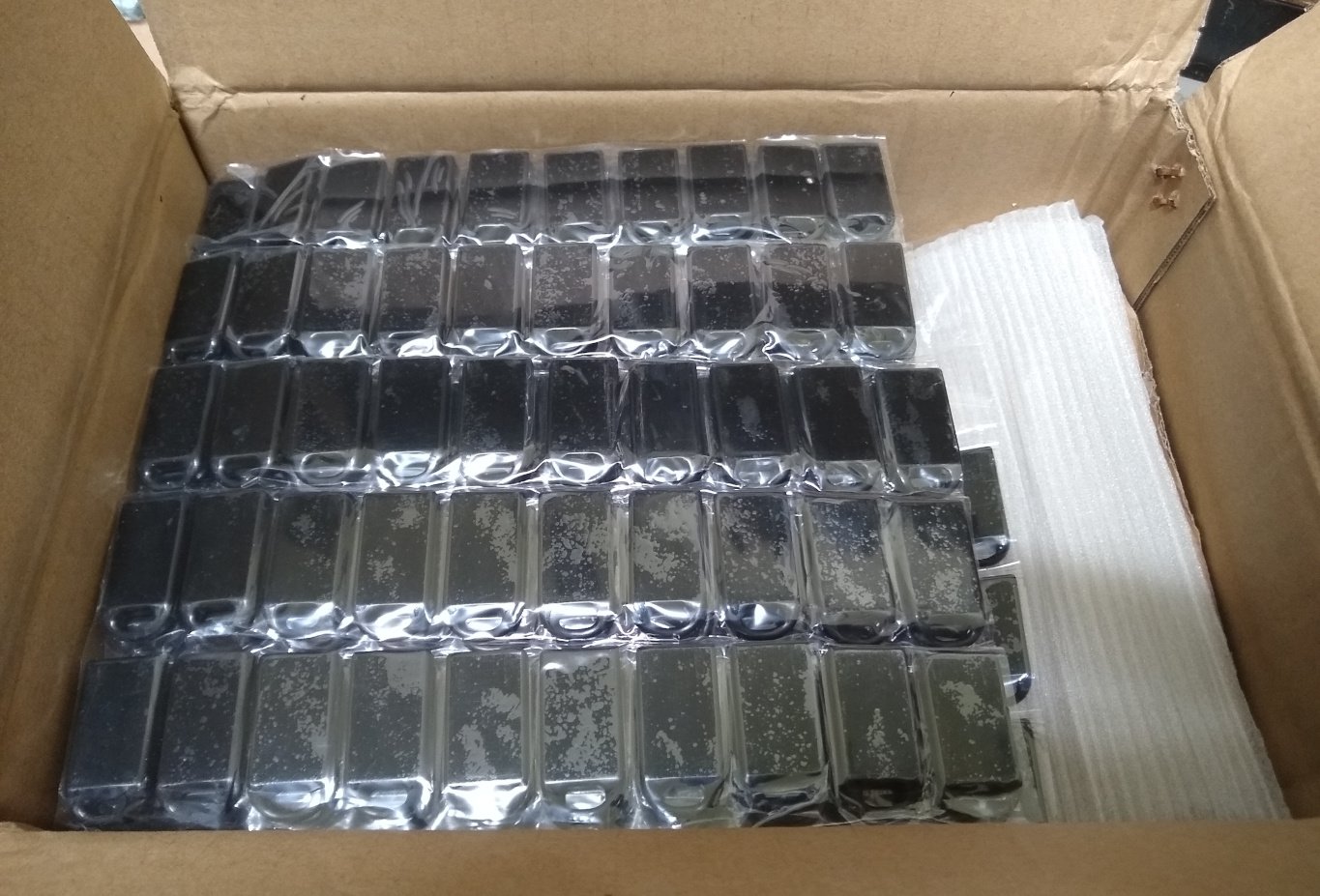 Due to microcontroller shortages we were only able to order one panel to be assembled: we won’t get a reliable supply until early December so we can’t ship units until at least mid-January.

We have received the first panel from PCBWay. We got the panel later than we hoped due to some shipping delays and a part orientation problem that luckily we were able to spot in images PCBWay sent to us before packaging. 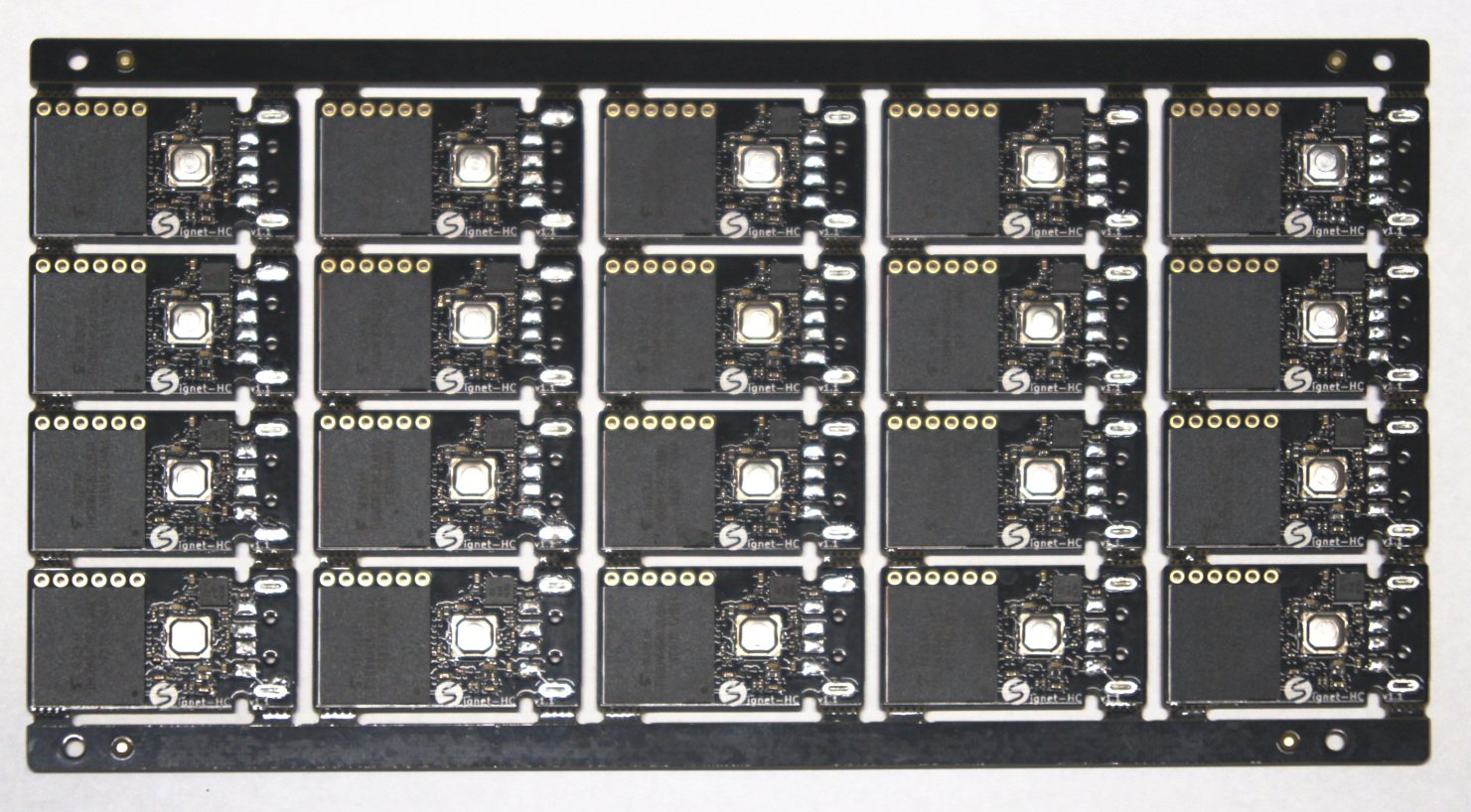 There was only a small layout change between these boards and the prototypes. As hoped the boards are passing all of our tests.

We have decided to take a document and test driven approach to Signet HC software development. We will be creating tests, and internal documentation, and end-user documentation for each feature before development is finished. This will slow down the release of features but we think the effort will pay off with fewer bugs and easier to use software; though in light of the microcontroller supply delay, documentation and testing won’t impact the number of initial features offered.

Here are the features we expect to deliver initially:

The features we plan on adding in a software update after shipping are: