In this update, we’ll describe the Open-V microcontroller’s Arduino compatibility, what it took to get there, and what it means for our backers.

What is Arduino Compatibility?

Arduino compatibility can mean a lot of things to a lot of different people, so we’ll try to be as concrete and specific as possible. For the Open-V, Arduino compatibility encompasses standard firmware libraries, a bootloader, development tools, and interoperating on a hardware level with existing Arduino shields.

We’ve ported the standard Arduino library to the Open-V microcontroller. This involved customizing the library both for the Open-V CPU and the Open-V peripherals. The complete code is available on GitHub.

An Open-V port of the Arduino library means people familiar with other Arduino boards can use the Open-V dev board just as they would normally use any other Arduino, without knowing anything in particular about the internal workings of the Open-V microcontroller.

Part of the porting process involved writing in RISC-V assembler an initialization routine to support interrupts and function calls from C. There are also the calls to the Arduino-specific setup() and loop() routines:

Basically, we follow a similar methodology used by Atmel and vendors who provide Arduino-supported microcontrollers.

Some functions are not yet supported in the Open-V port of the Arduino library: tone(), notone(), analogWrite(), attachInterrupt(), detachInterrupt(), interrupts(), noInterrupts(), and the Serial, Stream, and USB functions. While it’s possible to port these functions, doing so would require using a lot of code space, which wouldn’t leave much for end user programs. This might change as we migrate to the E31 core.

With Open-V versions of the Arduino library and bootloader in place, the Open-V dev board can be used with any Arduino dev tools, such as the Arduino IDE. All you have to do is install the Open-V port of the library as you would for any other Arduino board and you’ll be writing code in no time. For instance, the following program blinks the LED at pin 0:

We’ve updated our live, web-streamed demos to include an Arduino mode in addition to the assembler and C modes we already have. You might also notice the relatively new Blockly modes and a refined layout of the demo page. Go write some code and see the results live streamed! 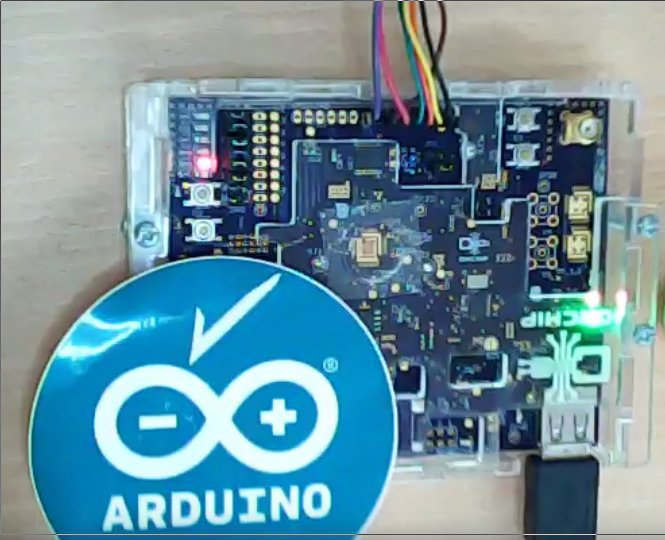