Hi Everybody, we’ve got a few exciting updates this week:

After last week’s update we launched a quick survey to get your feedback on R1000AX changes, we’ve received 12 responses unanimously supporting the proposed change. We’ve updated R1000AX design and it’s checked in dev_20170329 git branch. This block diagram shows how the compute module can be connected to the main controller

This is a 3D model after the changes 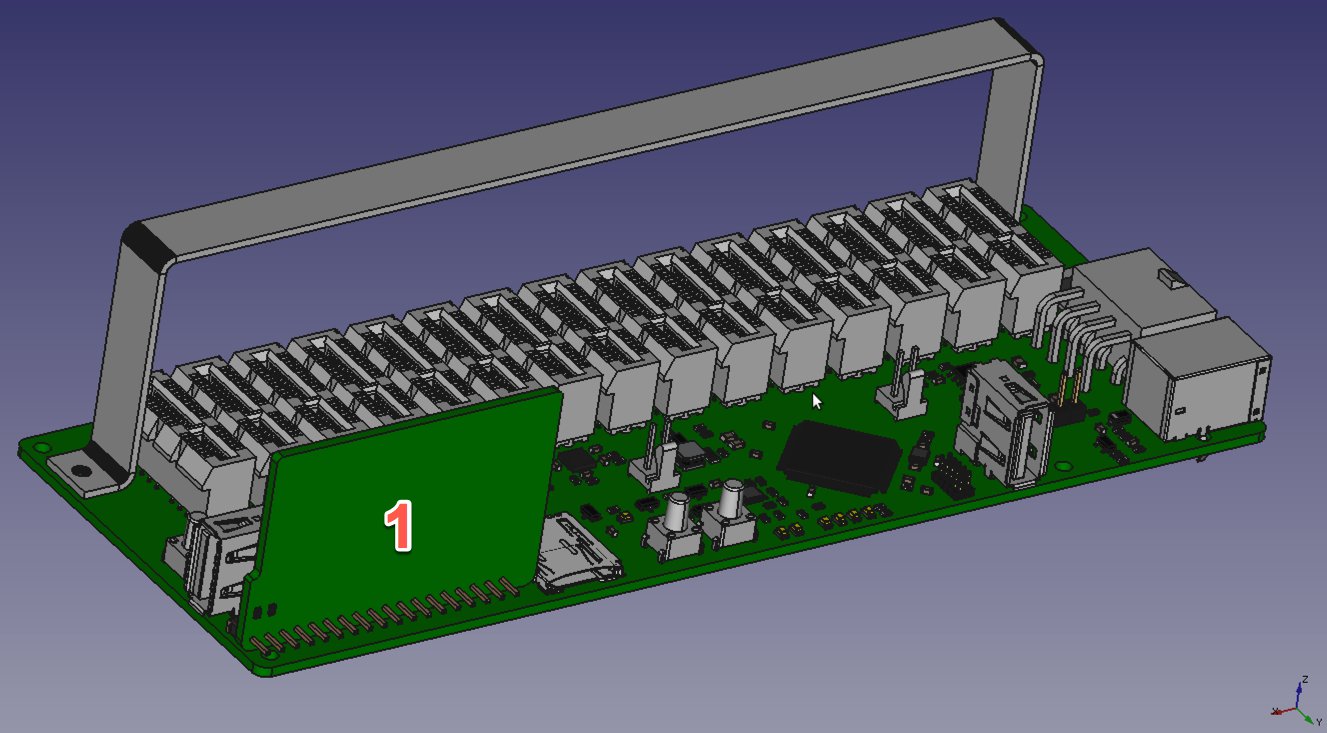 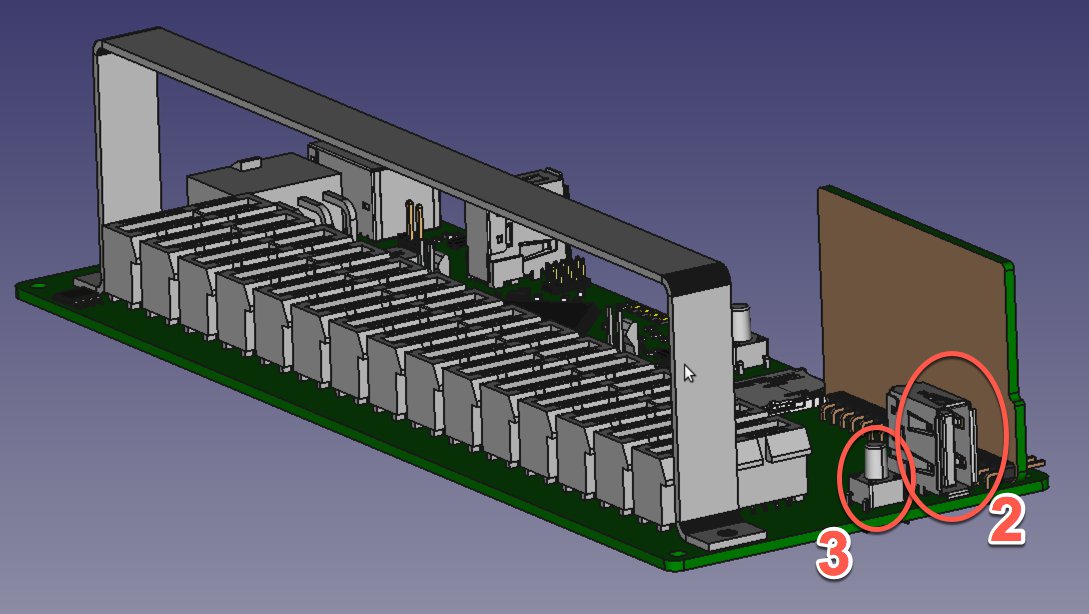 The compute module can communicate with the main controller through UART0 (which is shared by socket #8), it can drive RESET and ISP pins. It can also access SWD port for low level programming and debug, this gives total control of the system even if the LPC1769 bootloader is corrupt and allows remote programming without the need to be physically preset next to the system.

We’ve also added a USB differential pair that can be connected through 0Ω jumpers in case the user wants to free slot #8 and use the LPC1769 device USB port for communication, that applies for compute modules that include a host usb interface (such as C.H.I.P. Pro).

We are going to ship a free interposer of choice for every backer, at the end of the campaign we will send out a survey for you to choose your interposer.

We’ve launched a 3D design for an enclosure on thingiverse. As usual it’s open source and it’s designed with OpenSCAD, it’s parametrizable and can be easily modified. It’s still a work in progress.

We’ve just launched site that will include all documentation of the platform, we’re currently working on it.

We’ve talked to the designer of Tarocco, a closed loop controller for brushed DC motors and we found out that it can be used with JuicyBoard without changes in Juicyware. You will be able to use brushed DC motors as servos in your application. We’re planning to support Tarocco in our partner module list.