It’s been over two weeks since we launched our campaign and it’s about time we started communicating more often with all of you on what we have been up to.

But before that, we wanted to acknowledge all of you for your faith in Tah and our team. Having already reached a third of a sizeable funding goal in just two weeks feels amazing and motivates us to work harder than ever before, and we owe it all to your support! Please keep it coming and help us spread the word.

Nishant and Anuj have been on a US tour since we launched, taking the Tah around to various tech events in the US to a very encouraging response, beginning with the Orlando Maker Faire. We were encouraged by the size of the crowd around our two hugely popular demos.

The mood lamp lets you choose any RGB color by dialing a slider on your phone to light up the same colour on an array of NeoPixel LEDs connected to a Tah board neatly tucked inside a 3D-printed lamp shade. Of course, we’ve made avaialble the RGB controller source code on our documentation page.

The electronic die is a 3D-printed cube housing a battery-operated Tah board inside it, with dots etched on its 6 faces. The idea is simple — you roll the die and the result shows up on your phone! Check out the source code for the electronic die on our documentation page.

This is the first demo you should try as you don’t need any external set up to do it other than the Tah, your phone, and a computer (at the moment, a Mac works best). Just plug the Tah into the computer and connect to it from the list of available Bluetooth devices in the Tah Motion app on the phone. You’re probably used to organizing your workstation into several desktops on the Mac. You’ll now be able to wirelessly flip through your desktops with simple motion gestures. You could even navigate through your iTunes playlists and turn the volume up or down. Things become even more interesting in the presentation mode — why ever carry the presentation pointer at a meeting when you can zip through slides with simple swipe gestures on your phone’s touchscreen?

If you’re an iOS developer, you can try out the Tah Motion app yourself; if you’re not, hang tight, this app will be live on the App Store soon anyway.

Our sojourns in the US brought us through Familab, Orlando to the New York Maker Faire, where we were stoked beyond words to run into Massimo Banzi, one of the founding fathers of the Arduino. He was kind enough to listen to us tell him about the Tah. 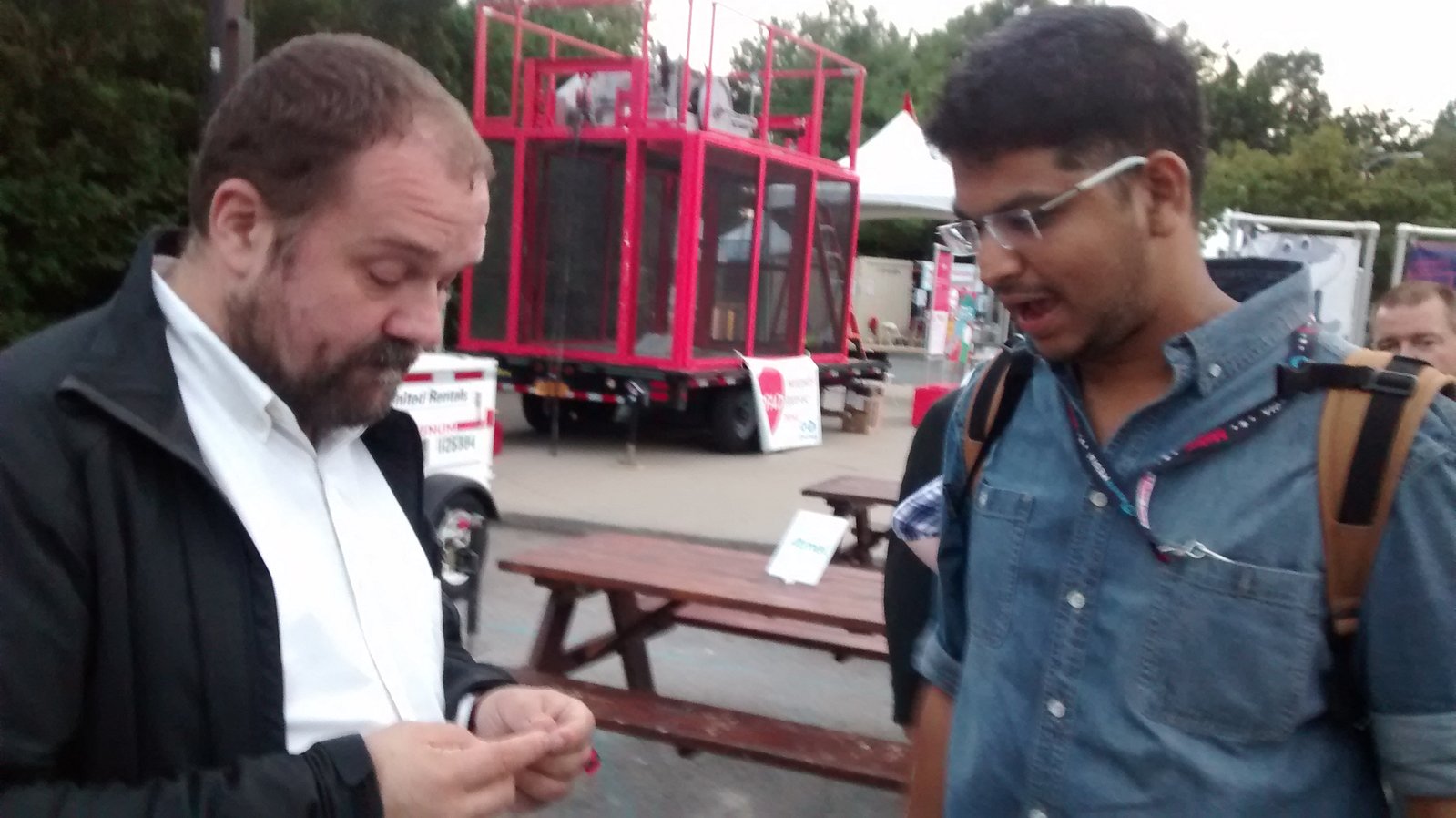 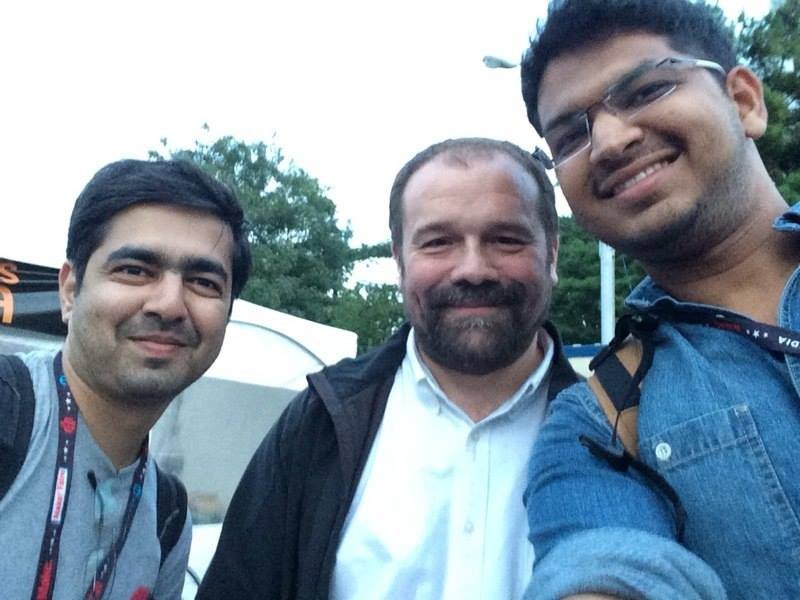 Tah also got the ‘Maker of Merit’ badge at the Milwaukee Maker Faire last weekend. 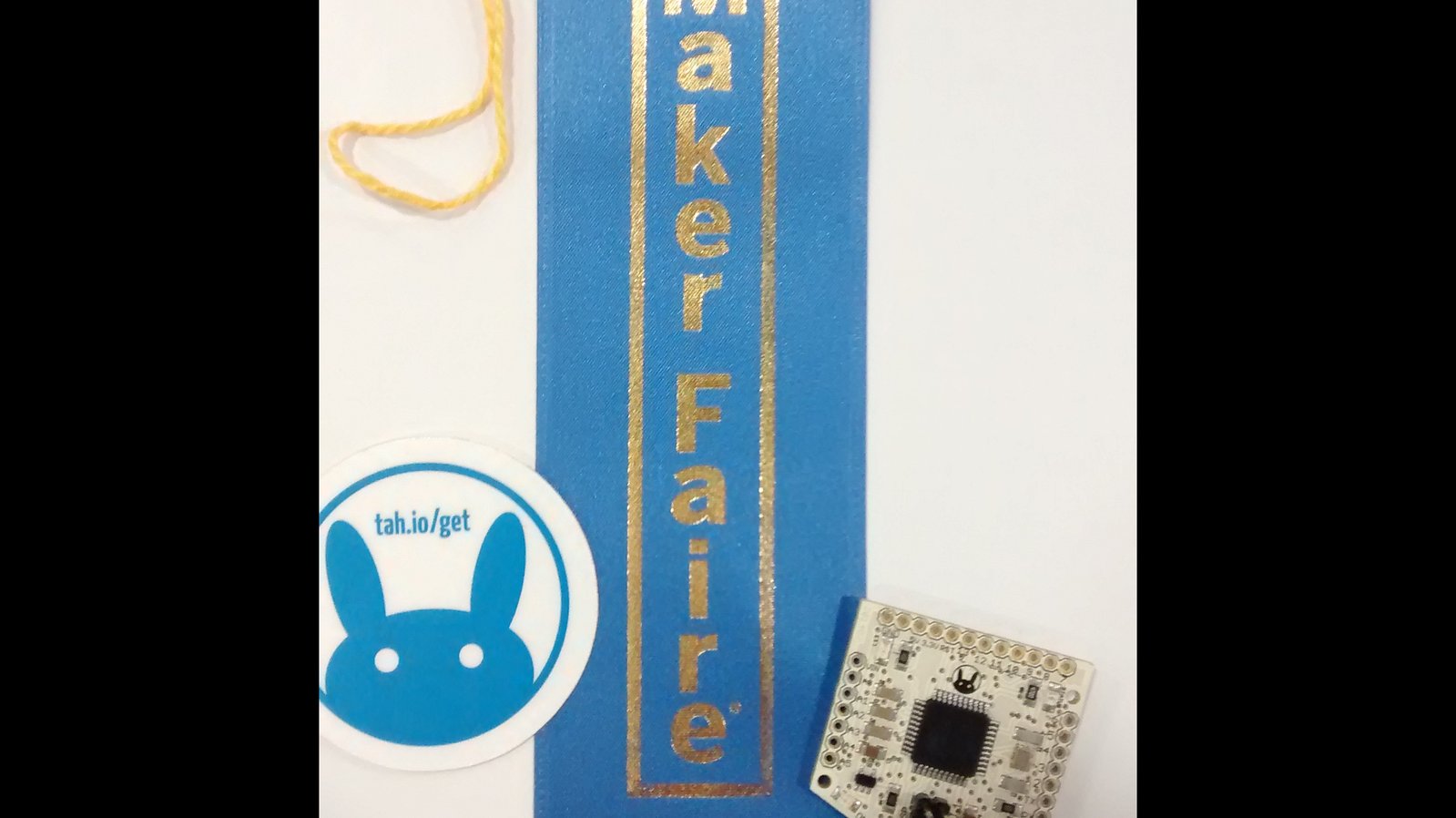 Tah is now going to the Atlanta Maker Faire and MIT this weekend while Prashant and Dhiraj prepare for the Rome Maker Faire.

Come by to Boston, Atlanta or Rome this weekend to say hello to Tah and see it in action!