Now that the prototypes are working, we want to take a closer look at the e-paper display and its features. Let’s start talking about update modes. What are update modes? Basically they are the way how the displays content is driven. The standard mode is the so called "Full Update". All of the displays pixels are driven to black, then to white, then to their specific target gray level. This results in a lot of flashing, but as we drive the pixels to their extremes, we get a nice and defined end result. A full update looks like this:

Most other e-paper displays only let you use the full update mode. This is often related to restrictions given by the display’s manufacturer.

But Paperino is different: We also support so called "Partial Updates". In this mode only the pixels that really need to be changed are driven. This results in less flicker and less power consumption and looks like this:

So shouldn’t we use partial updates all times? Why bother with all the flickering? This is because the optical performance of a full update is nicer: You get better contrast and a well defined image. If you use partial updates too often, you’ll get a so called "ghosting" effect. Ghosting looks like old display content is burned in and shows through in the new image. You can get rid of ghosting by doing another full update.

So that’s it for now about update modes (spoiler alert: more to come soon!).

So the first pilot run was just kind of successful. The circuit itself works fine but the connector pinout was flipped. We quickly fixed it, ordered a new pilot run and tested the PCB successfully on the testing rig:

Here you can see some earlier PCB prototypes: 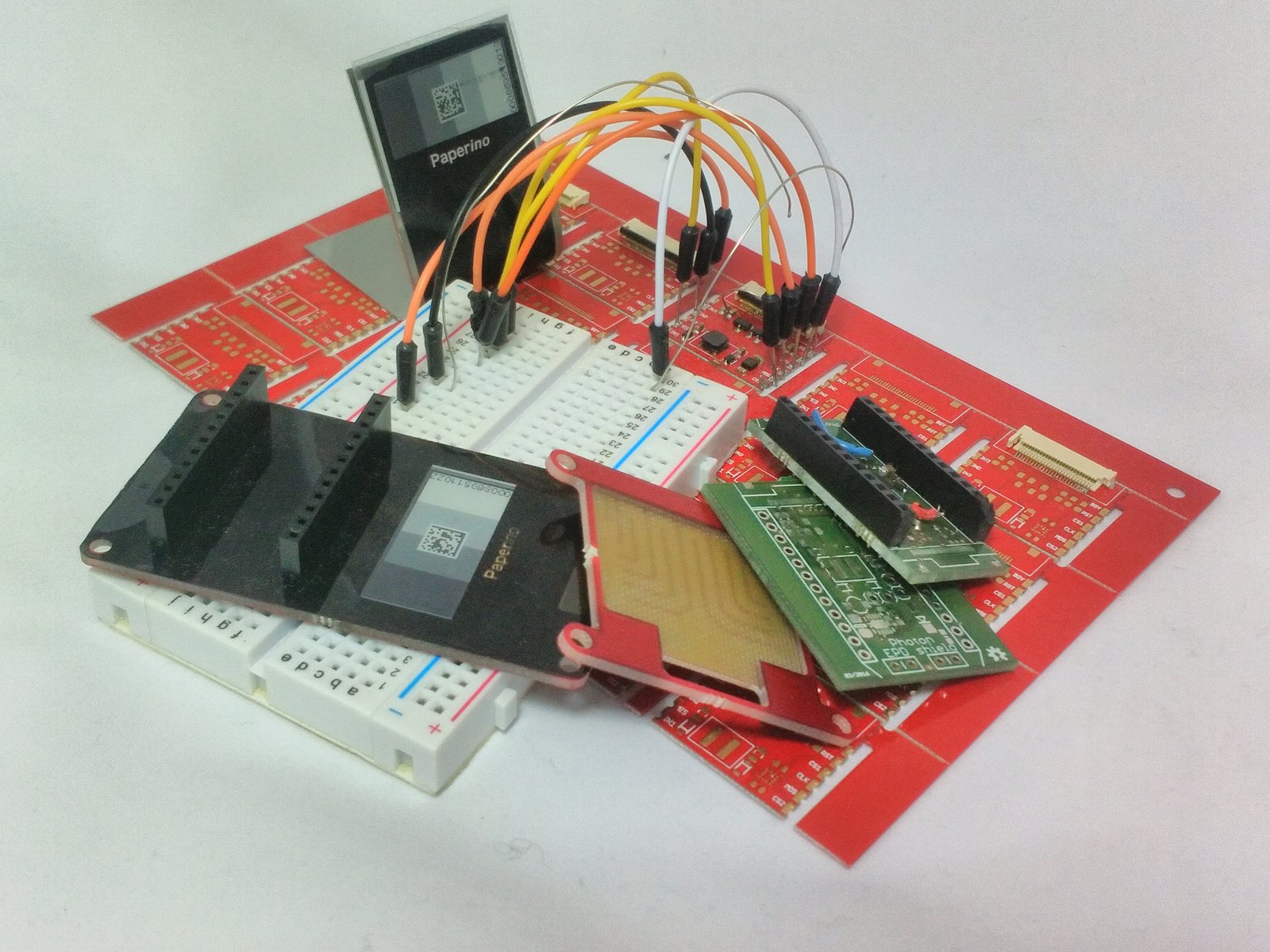 If you are interested in more details about the first assembly testing please head over here.