Packing and Shipping to the Warehouse!

It’s been a while since the last update. I won’t pretend I’ve been hard at work every minute since then - once the board and wiring harness orders were placed and confirmed, I checked out for a few weeks while all the manufacturing was in progress. At this point, nearly everything is complete - boards are packed and ready to go, and all that’s left for class kits is to pack the bundles with the new Tigard and Bitmagic boards. I’d love to get them all out to you (and reclaim some space in my office) but we’re currently waiting on getting product info registered in Mouser’s systems so they can properly receive - and then ship out - all of the Tigards, Bitmagics, and Class Kits. In the meantime, here’s what’s happened since the last update:

First, the Bitmagic Basic V1.1a boards arrived. These were the biggest risk, since we opted to forge ahead with V1.1a instead of the older V1.0. The differences appear minor - a USB type C connector and a blue board. Underneath, there was quite a bit more to be paranoid about:

At fabrication, 5 boards were tested bad and not assembled. After in-house test and programming, there were 6 failures:

This is less than 1% failure rate, and all but one of them were reworked to functional state. It did make me realize that I need to be more exhaustive in my testing of USB type C devices, since two boards worked fine one way, but only failed when i flipped them over - they would have been missed if I had not unintentionally plugged them in differenly for programming and testing!

Tigard production was far easier - V1.1 only has a few minor changes, and this would be the second production run. In addition, I fine tuned the test process I described in a previous update:

Reviewing the recorded test logs show that once the process was ironed out, it took up to 12 seconds per board to test, 8 boards failed the first time tested, but 7 of those worked fine when re-seated for a retest, leaving only one bad board out of the lot!

In terms of production lead time, the wiring harnesses were the longest, and as it turns out, also the longest overdue. My biggest worry was that they would not be done and shipped before Chinese New Year, but they finally arrived last week and work as expected.

No project is complete without a logo, and no logo is really a logo until it is manifested in sticker form. Melinda from PDX Hackerspace had previously designed the Tigard logo, so I asked her for a BitMagic logo as well. She came up with something nice and simple that shows it’s logic analyzer roots with BASIC in a ‘flag’, while dotting the i’s with a bit of magic. Each board is packed with its wiring harneses and 2 stickers. 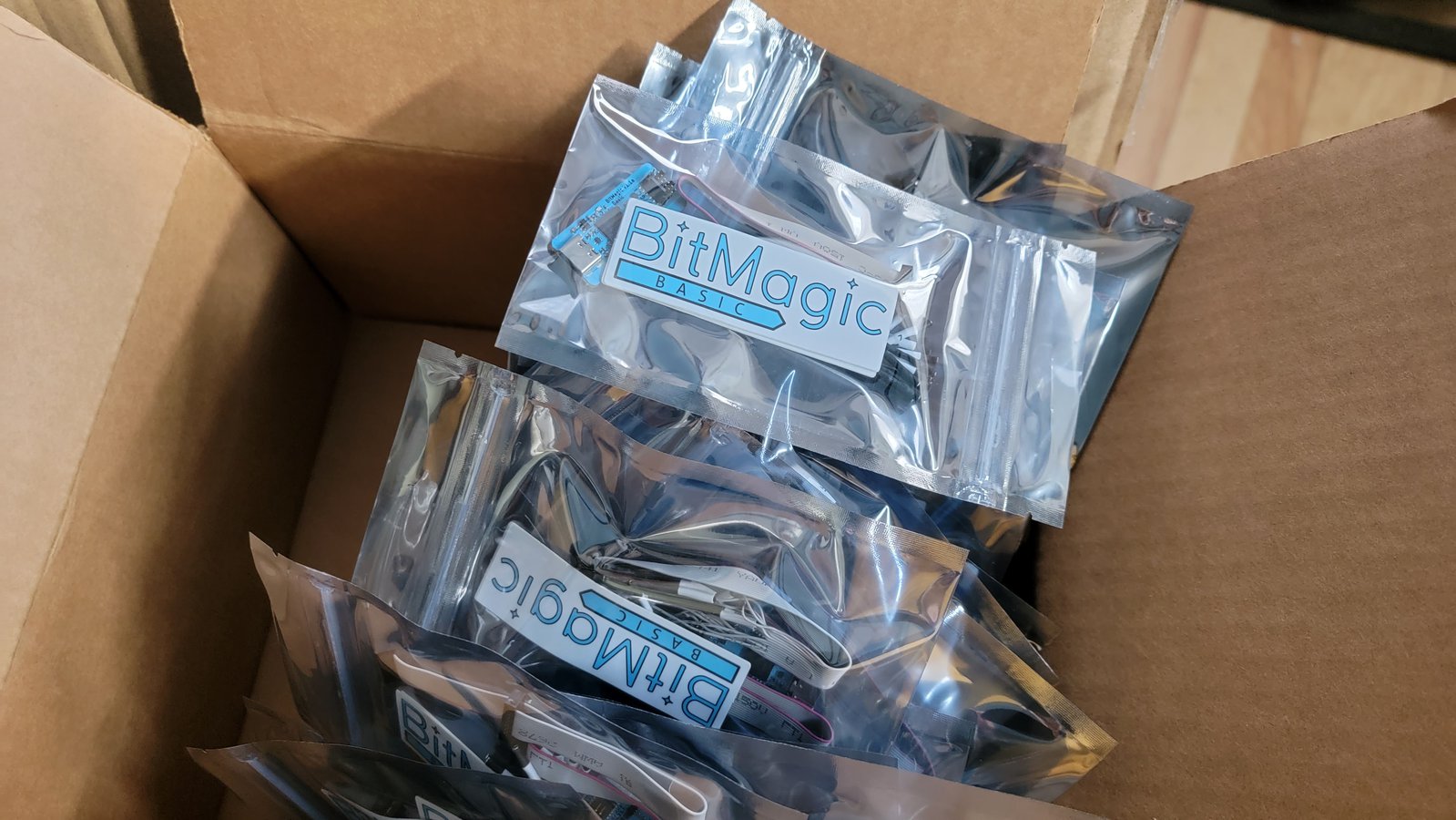 The final step is packing each board for sale. I try to put this off as long as possible, mostly because it rougly triples the amount of volume it takes to store everything! Also - while kitting 10 or 20 bundles can be quite satisfying, 100 becomes a project and 1000’s can become an ordeal. To keep it manageable, I broke it into chunks of 100 which allowed me to keep count of all the parts and quickly catch if i forgot to include something in one of the packs. Packing the first 100 takes the longest, but by the end, I was able to pack 100 Tigard bundles in about 30 minutes. 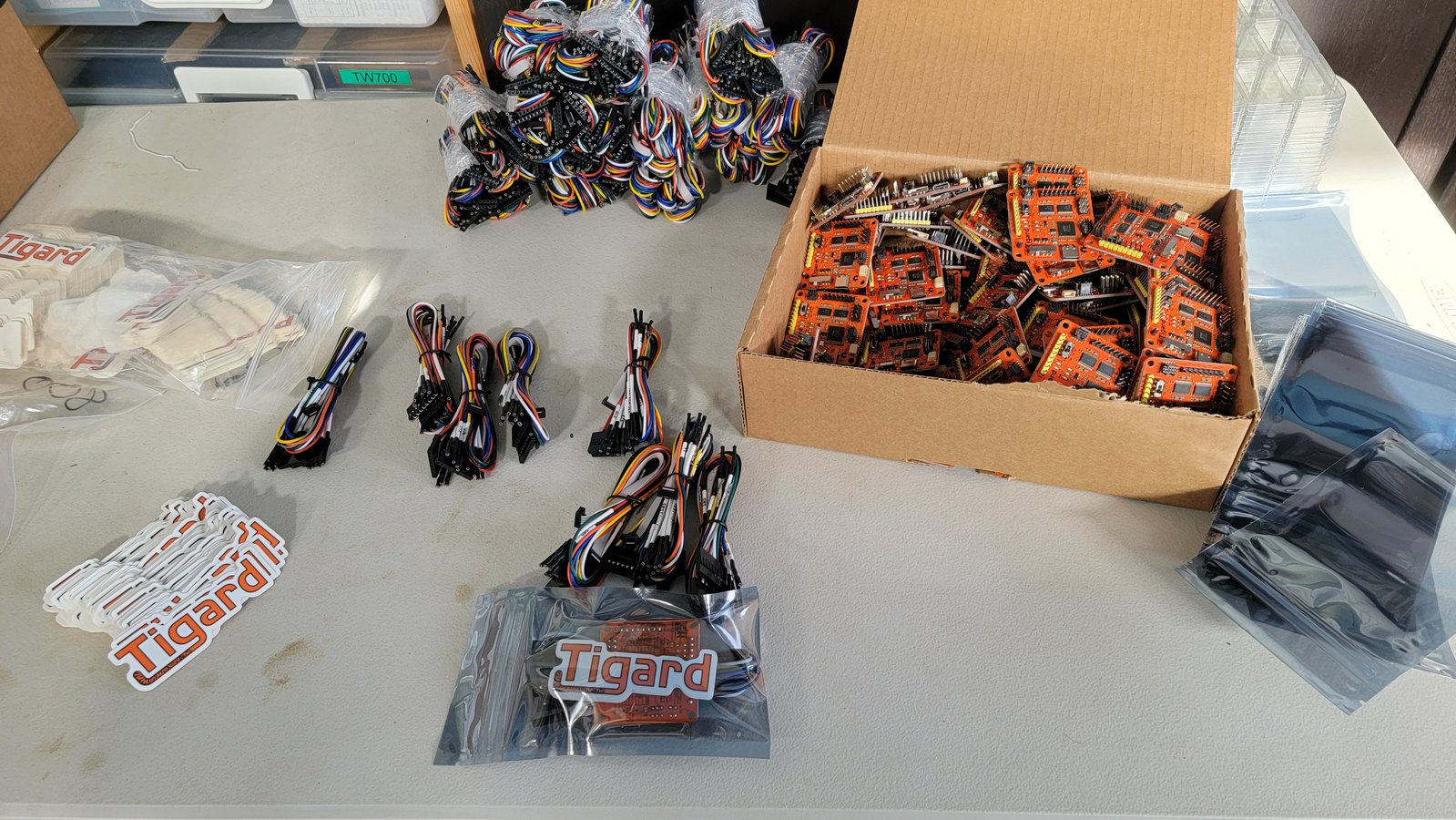 My hope is that by the next update, all the boards will be on their way to you or already in your hands, and I’ll have the Tigard documentation and how-to’s all organized for you! Until then, happy hacking. 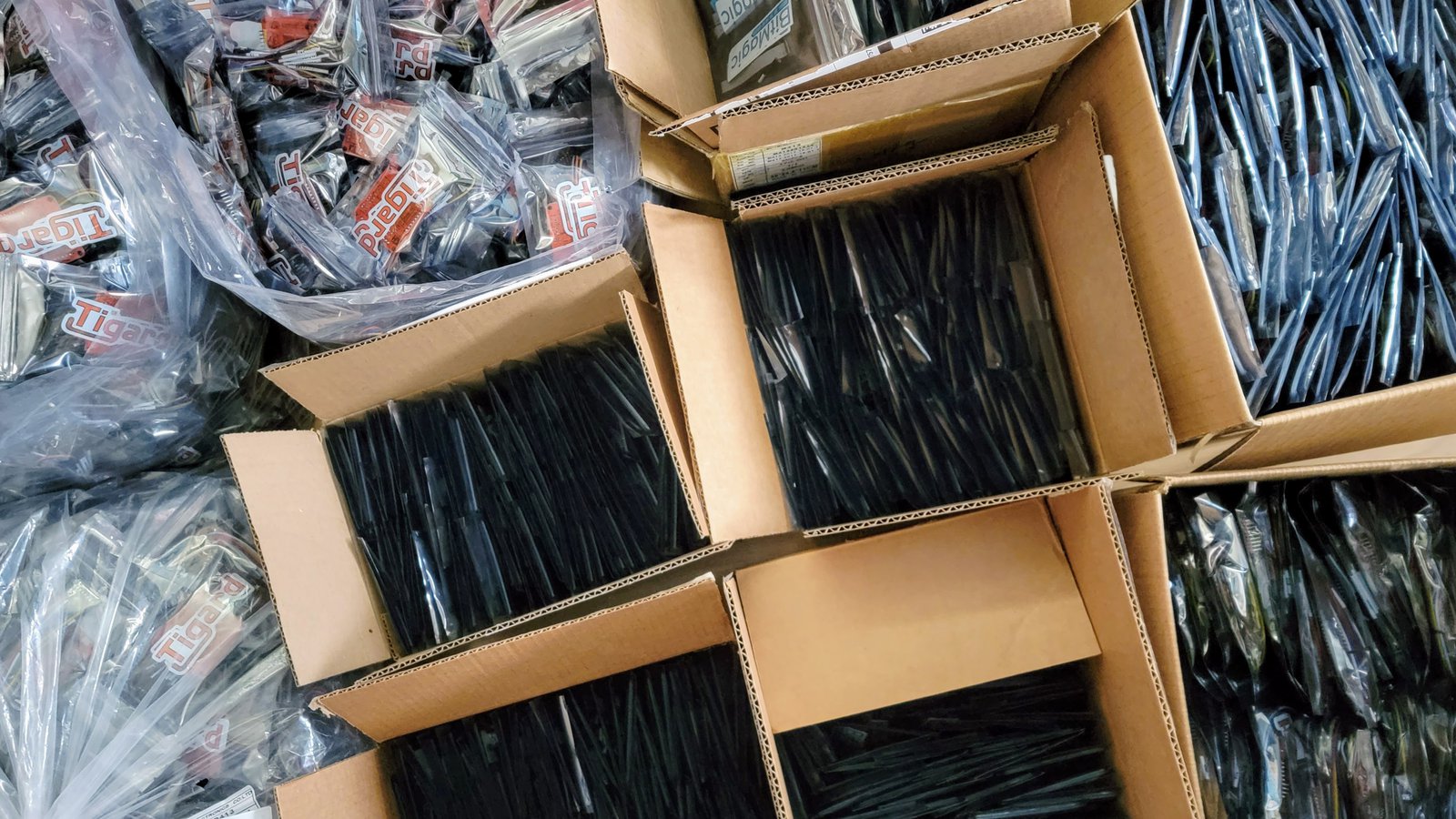