Getting Ready for Production

After getting a request from a couple of potential backers for a case for ctxLink, we approached a colleague who is a master of 3D printing. He agreed to design an enclosure that can hold a ctxLink and a battery. He delivered the first pass of that design in about 24 hours! As soon as we receive the final design, we will publish it so that anyone with access to a 3D printer can make their own ctxLink enclosure.

Getting Ready for Production

One of the challenges of producing a batch of assembled PCBs is, of course, programming the MCU and testing the assembly. In earlier versions of ctxLink, we did this using a Tag-Connect SWD/JTAG adapter. But these adapters require quite a bit of PCB real-estate, so we removed the connector pads in our latest revision and added contacts for a test jig using Pogo pins. Several other signals that had test points on earlier versions, together with the UART connections to the WINC1500 wireless module, were also given pads on the rear of the PCB.

The final step to prepare for production programming and testing was to build the jig to receive the assemblies. That jig is completed and working: 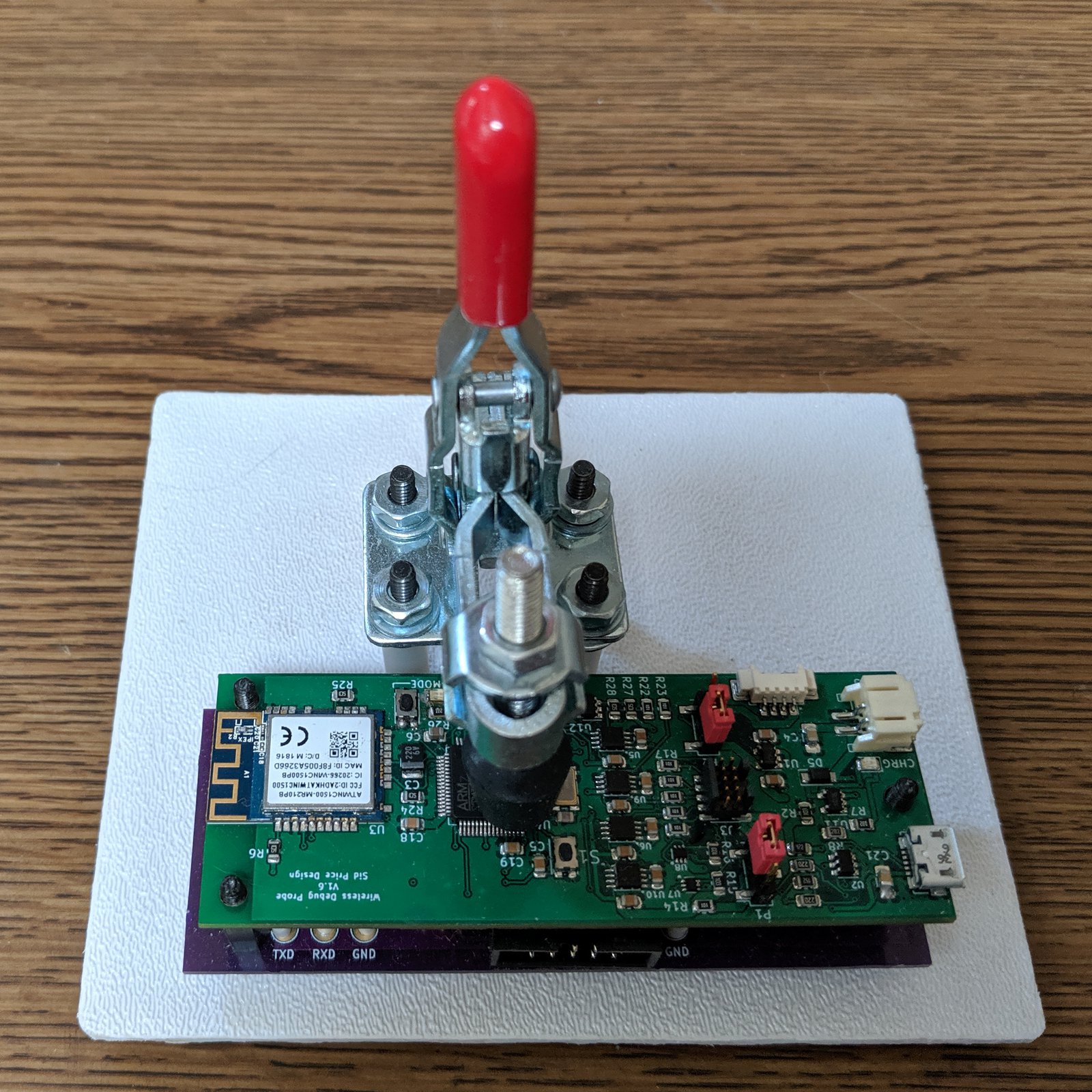 Since this photo was taken, we have mounted a serial to USB adapter on the base of the test jig. It is connected to the UART of the WINC1500 and allows us to monitor the module during testing.

ctxLink, like the Black Magic Probe (BMP), has a serial input that may be connected to a UART on the target under test. This data appears on a second COM port of the host computer when ctxLink is used via USB. We are currently updating the ctxLink software so that it provides a port for this data when used via the network.

Also in the planning stage is an effort to provide one or more ports that will receive SWO data from the target MCU. As part of this research, we are talking with Orbcode about giving ctxLink the ability to support their Orbuculum suite via the network. It looks like a powerful tracing and analyzing suite for embedded developers.

Thank you for your interest in ctxLink. We look forward to delivering a new debugging experience to each of you!