Take control of your plants with this next-generation, ESP32-based, smart-agriculture IoT kit 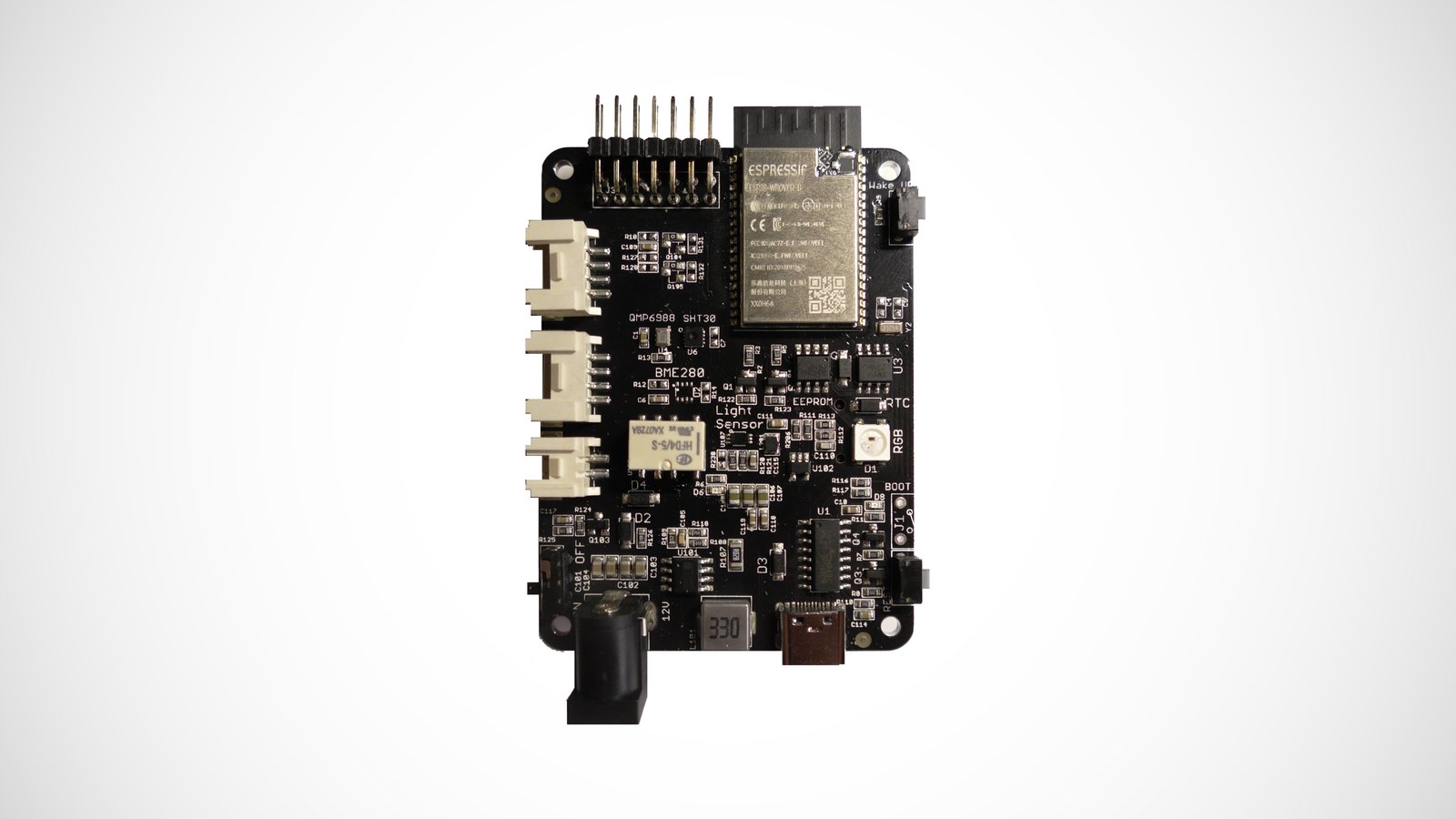 Eduponics Mini v2 is a smart-agriculture IoT board built around the popular ESP32 microcontroller. It features a number of sensors, including those for temperature, humidity, barometric pressure, ambient light, water level, and soil moisture. Thanks to its energy efficiency and built-in support for Wi-Fi and Bluetooth connectivity, Eduponics Mini v2 is equipped for real-world IoT applications.

We provide industrial-grade products at an affordable price, whether you’re looking for an automatic-watering solution, a ready-made irrigation system, a research tool, or educational hardware capable of collecting highly accurate sensor data. Version 2.0 of Eduponics Mini series brings with it dramatic improvements, including more memory, more sensors, a brand-new four-channel valve-extension board, and a 4-pin Grove-compatible interface that accommodates sensors from popular brands like Elecrow Crowtail. Eduponics Mini v2 also comes with a hackable mobile app that leverages the MQTT protocol to give you remote control over your plants from wherever you might happen to find yourself.

Useful In a Variety of Applications

Applications for Eduponics Mini v2 include: 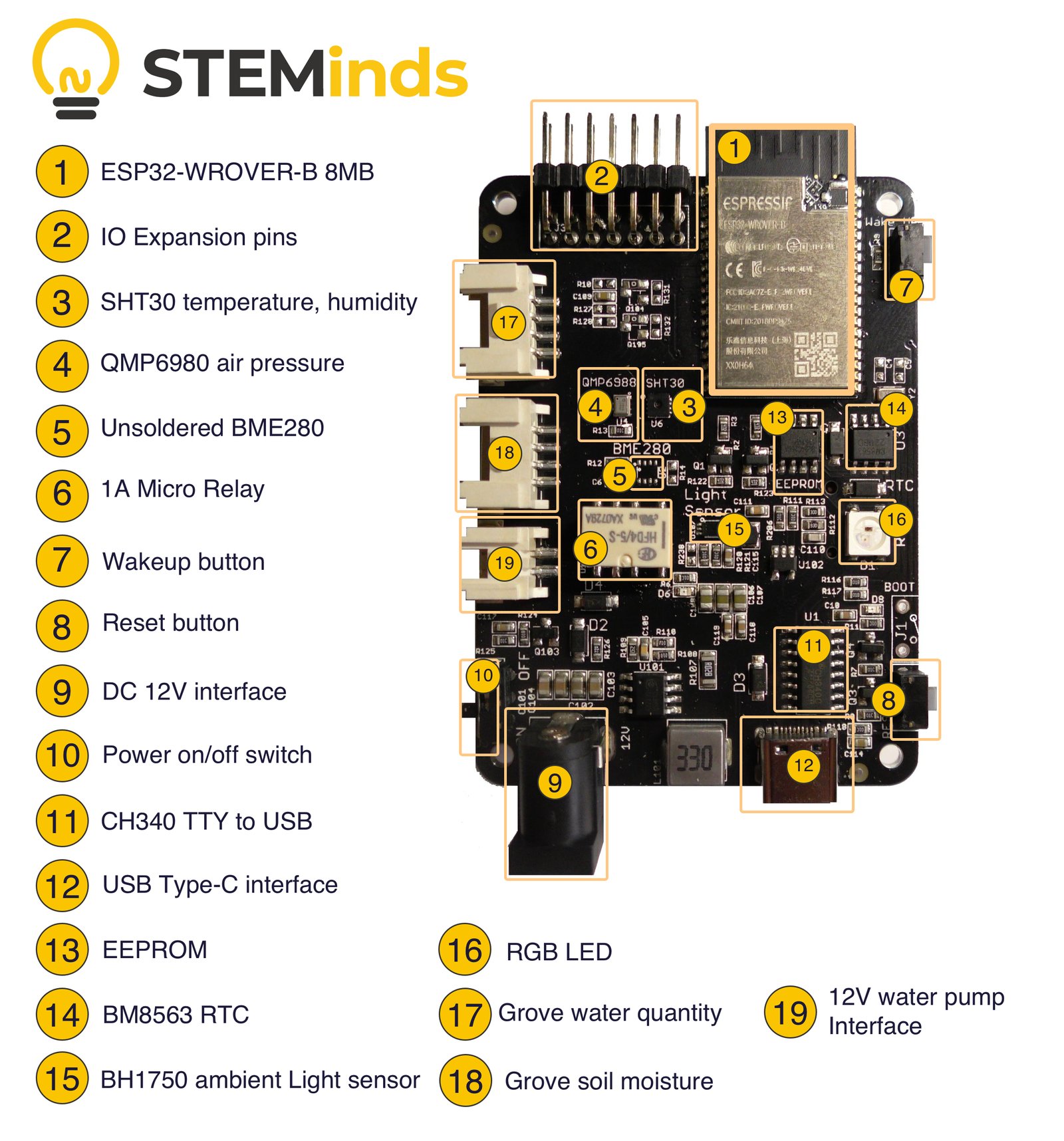 Changes to v2 of the Eduponics Mini Board

We have made a number of significant improvements since we released the previous version of Eduponics Mini: 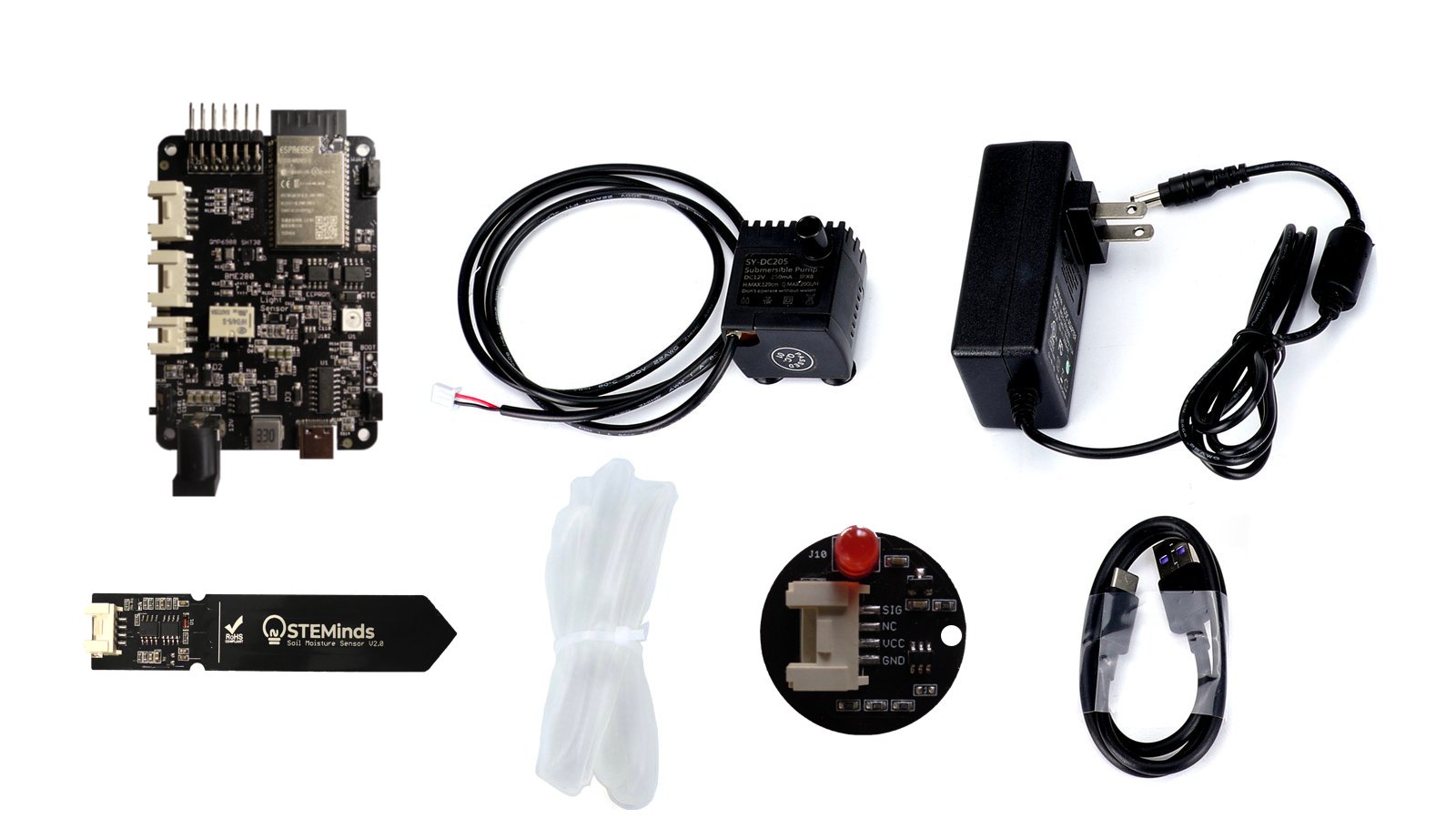 Changes to v2 of the Eduponics Mini Kit

We have replaced the previous, third-party contactless water-level sensor with our own custom-made sensor to bring down the price for backers who need additional sensors. (Having multiple water-level sensors is extremely useful for applications where you need to measure both top and bottom water levels, for example, or where you need to monitor various level indicators, such as 25%, 50%, 75%, and 100% full.) 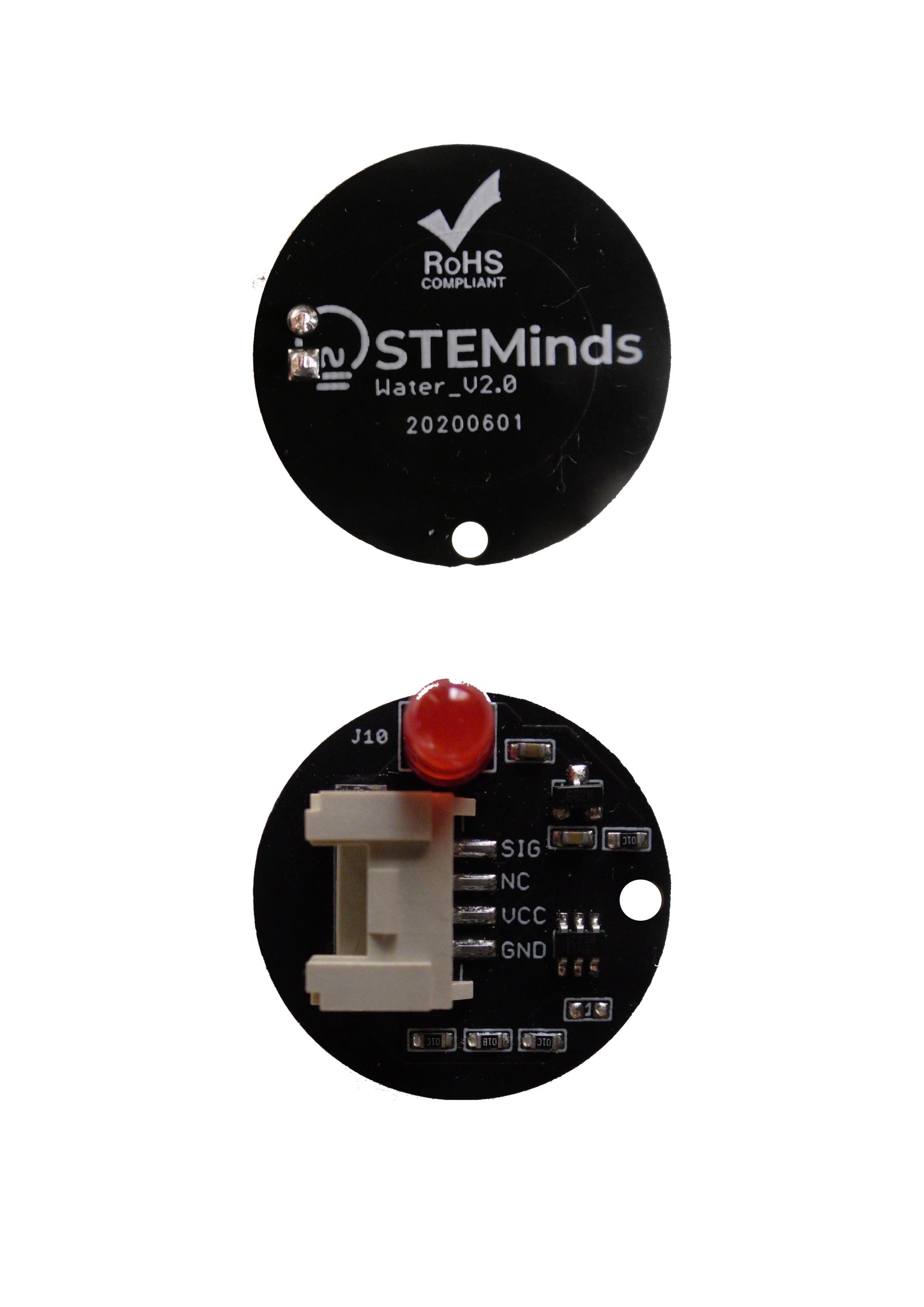 Creating our own contactless water-level sensor will also help us ensure that all kits ship on time as it allows us to avoid delays caused by third-party suppliers. 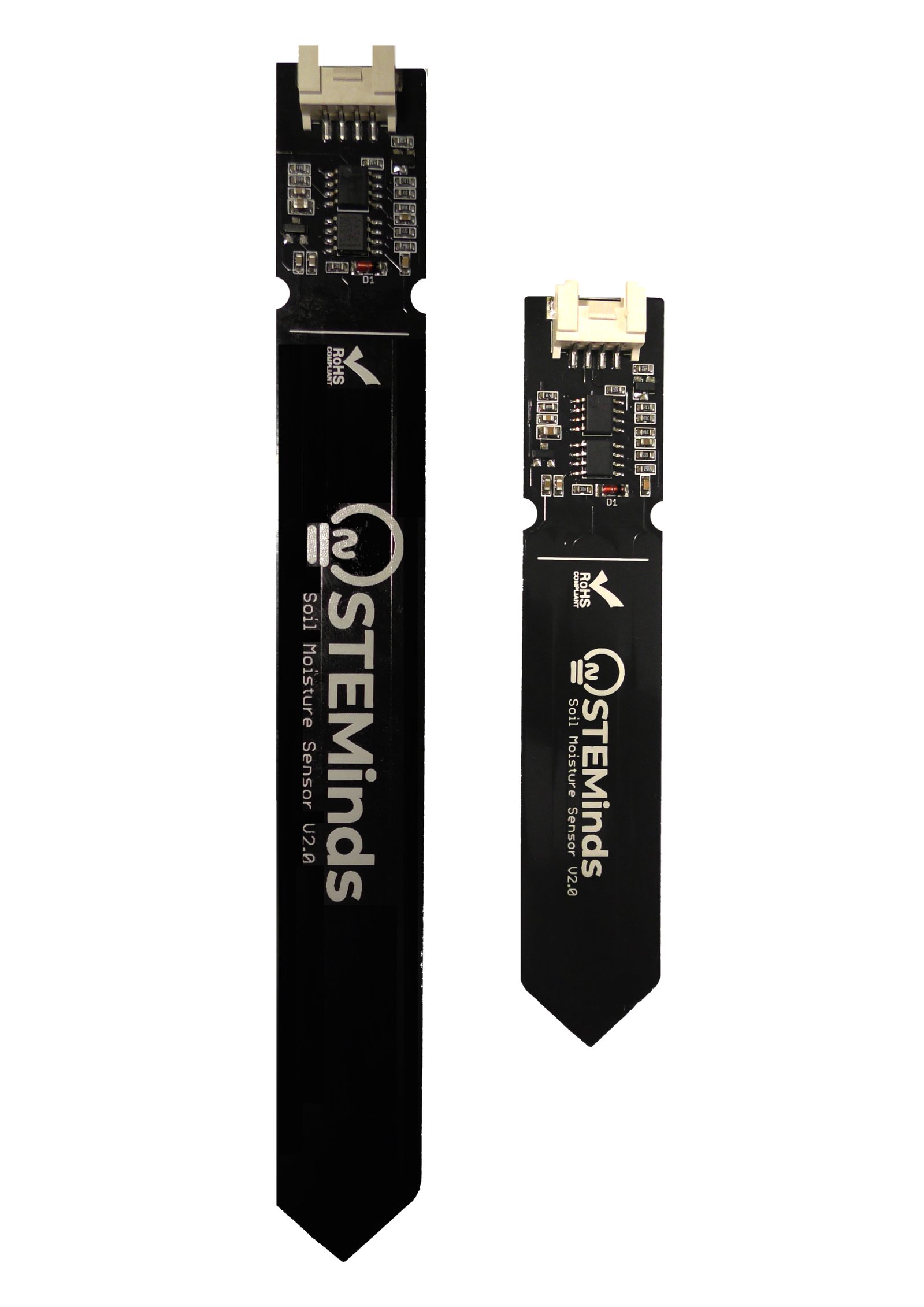 Bringing Back Our Limited-Edition Waterproof Sensor 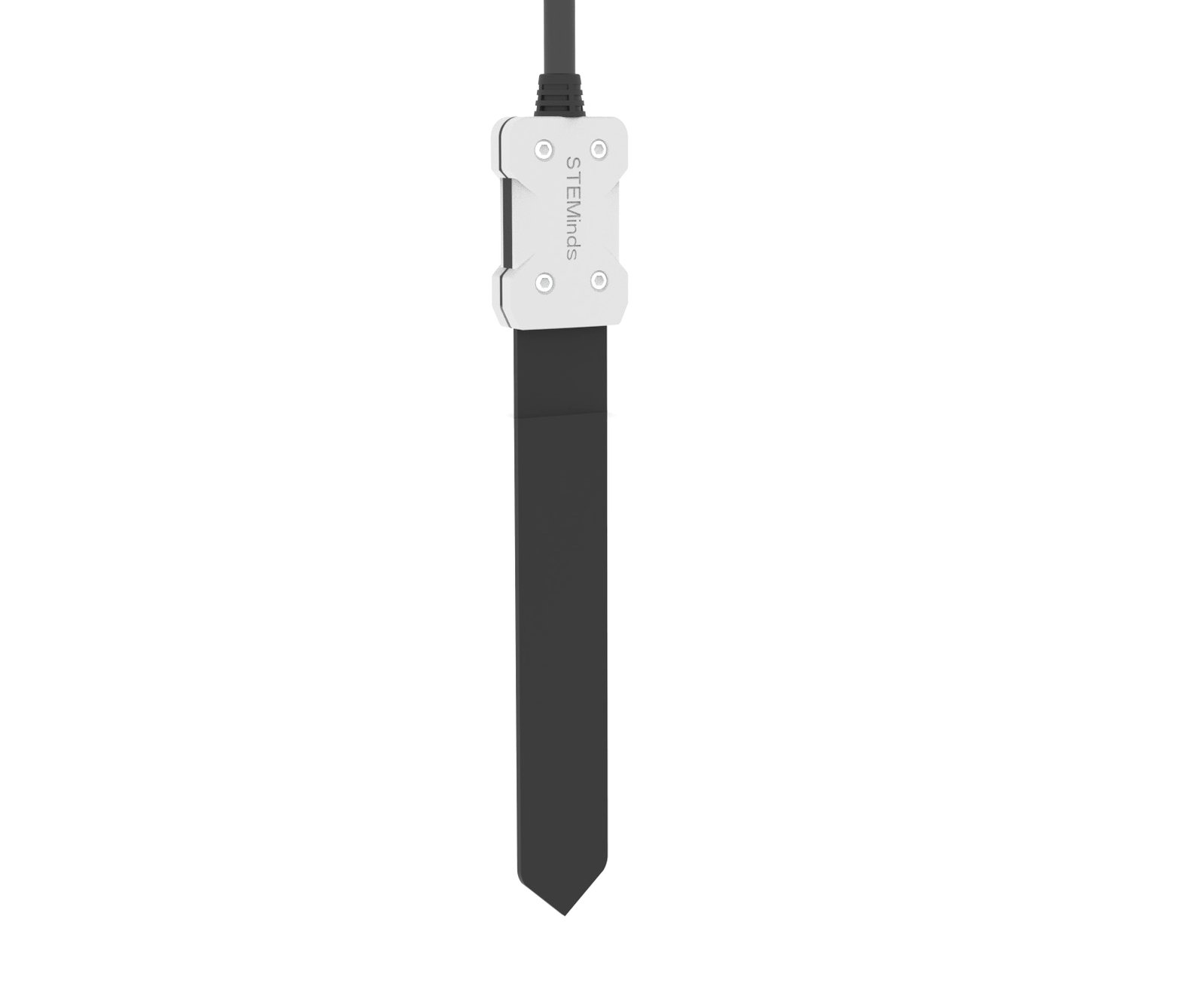 We heard you, and we feel you, so we’ve decided to bring back our waterproof soil-moisture sensor. The previous version of this sensor was created in cooperation with a third-party supplier who owned the molding and design rights…which led to all kinds of trouble. Lesson learned. We won’t be dealing with that supplier again.

Having seen the product’s popularity, however, we’ve decided to create one of our own! Our new Waterproof Soil-Moisture Sensor is based on the STEMinds Long Soil-Moisture Sensor, but with plastic molding and a tight silicone enclosure. We’re working to obtain IP67 certification, and we’ll let you know when that comes through! 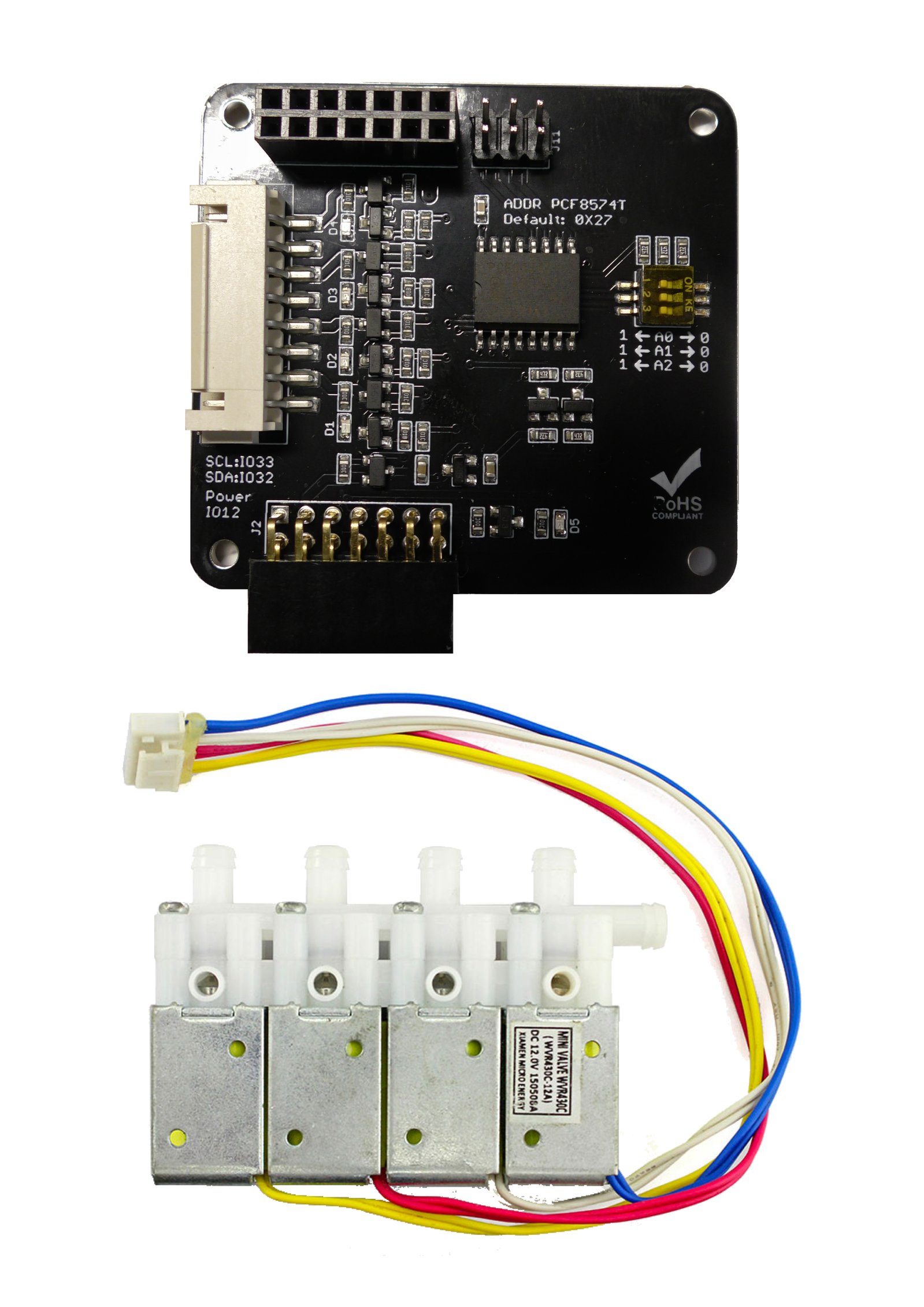 We’ve also created a brand new Eduponics product: the Four-Channel Valve-Extension Board, which provides additional IO support while also giving you control over an external valve so you can redirect water to whichever plants need it the most. 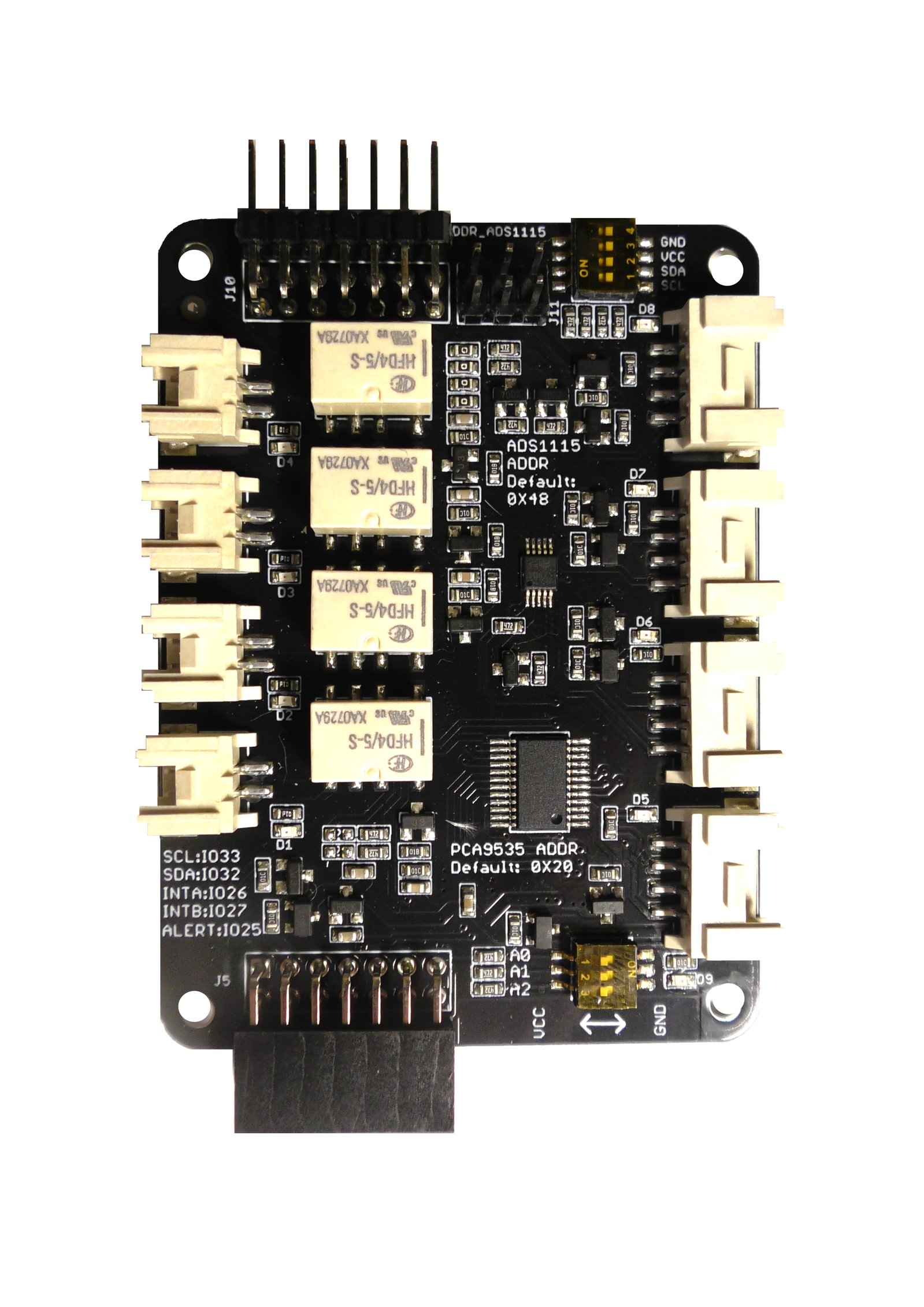 We’ve worked hard to develop a custom extension board that includes the extremely accurate ADS1115 ADC and the MCP23017 IO-extension IC, but our previous extension board had 3-pin XH-2.54 interfaces, which weren’t compatible with popular analog available sensors.

In addition to adding HY-2.0, Grove-compatible interfaces for more integration and support, we’ve also fixed a wiring issue in the previous version of this extension board.

While looking for soil-moisture sensors to use with our kit, we found ourselves struggling. The sensors we were finding just weren’t good enough! We purchased and tested multiple sensors and eventually decided to make our own. As you can see in the comparison below, our sensor has the highest voltage range and sensitivity between all the sensors we’ve tested, allowing you to create a stable and precise high resolution smart agriculture and IoT applications.

While Eduponics Mini supports both MicroPython and Arduino IDE, MicroPython is currently given a higher priority. Arduino Platformio is officially supported as well.

You can sign up at the top of this page to be notified when our campaign launches and to receive other relevant updates. We work hard to ensure that only useful information goes out through this channel, and you can unsubscribe at any time.

"This IoT board is equipped with useful sensors in agricultural apps such as temperature, humidity, soil moisture, etc." 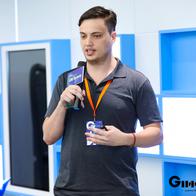 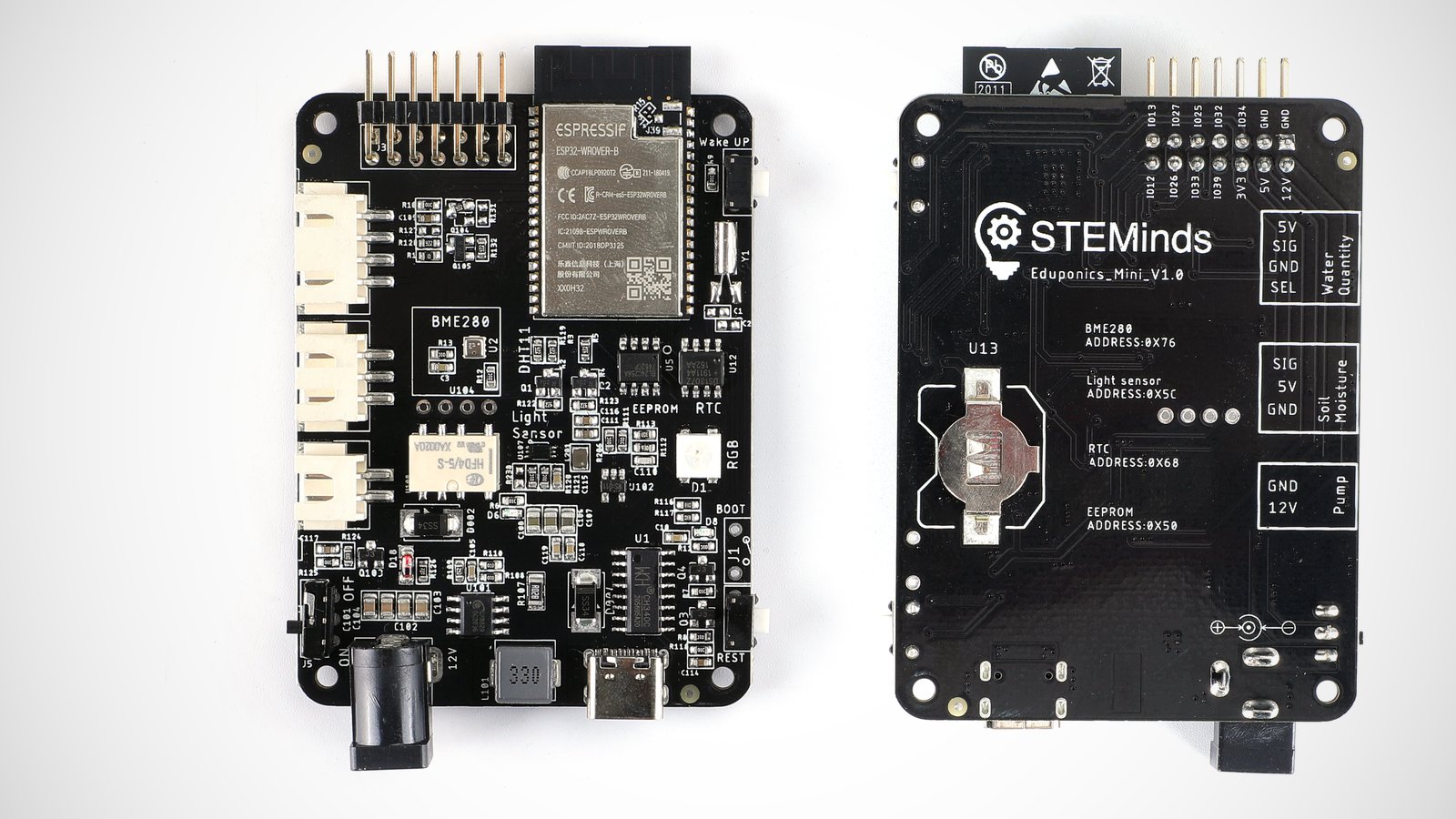 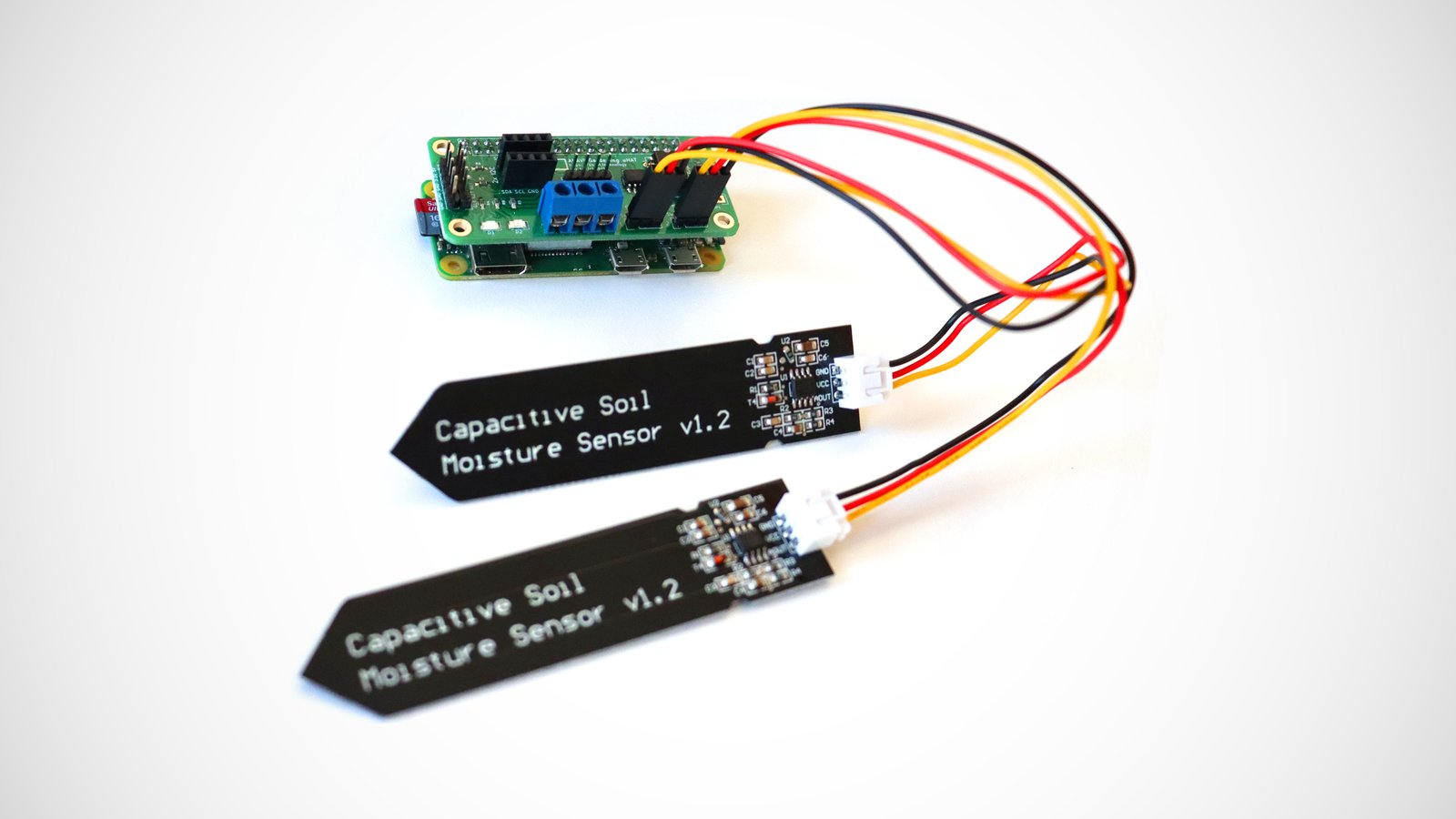 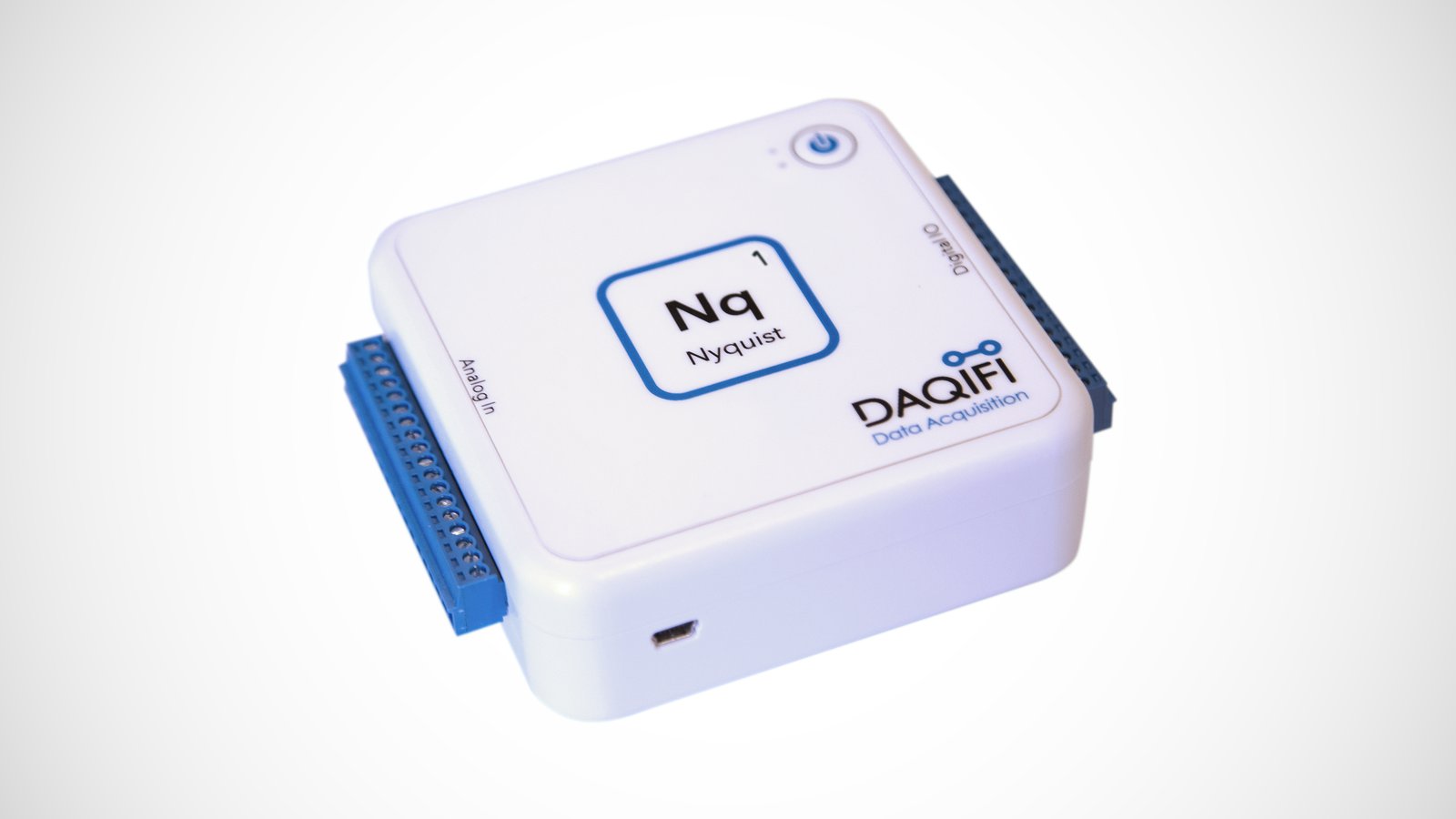