Extension Board Gets an Update! 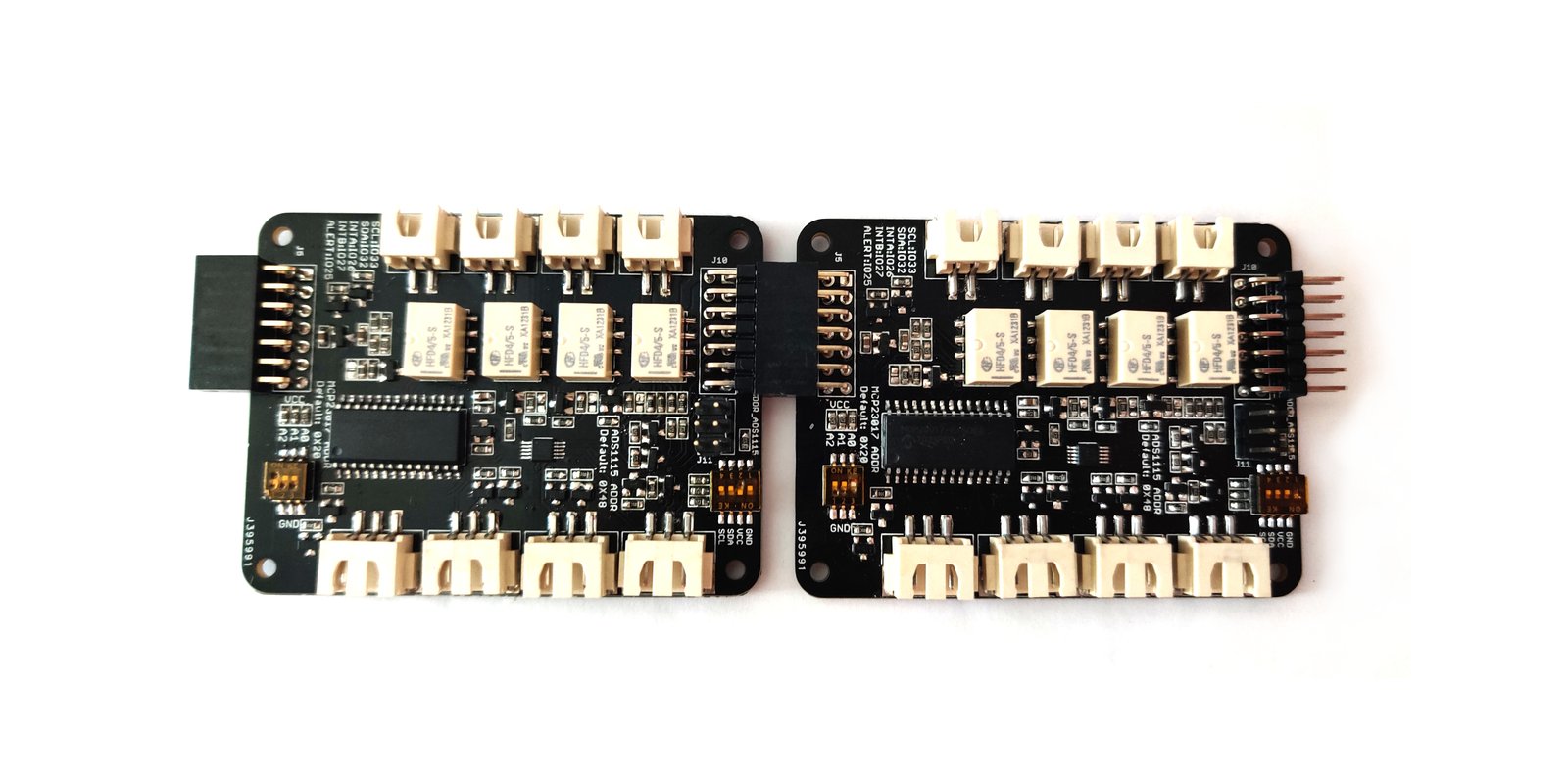 Two Eduponics Mini Extension Boards connected to one other. Up to four extension boards can be connected at once.

Over the past two weeks, we’ve noticed that a lot of backers have been requesting more than a single Eduponics Mini Extension Board. Which makes sense, given that we described how one Eduponics Mini ESP32 Dev Board can support up to four extension boards. Until recently, however, a setup like that would have required additional soldering to configure the resistors that control the I²C addresses. And that, in turn, could inconvenience our users and perhaps even result in damaged boards—neither of which we want.

We’ve upgraded our extension board to include two DIP switches, one for the ADS1115 and another for the MCP23017. We produced two samples and tested them to confirm that everything works perfectly. The new design is ready for mass production.

We made another small upgrade as well. The MCP23017 has 16 IO ports, but we were only using eight of them (four for relays and four for the ADS1115 MOSFETs). To make the extension board even more versatile, we’ve added access to four additional IO ports from the MCP23017!

And finally, to create some visible feedback, we’ve add eight tiny LEDs (four for the relays and four for the MOSFETs on the ADC ports) to make it easy to see when a single board is used. (And don’t worry about power consumption; those LED’s will only be activated when their corresponding relay or ADC sensor is in use.)

We are working to release a video—currently scheduled for this Sunday—that introduces the above functionality and that demonstrates how it all works. If you want to be notified when that video is released, please subscribe to our YouTube Channel.