We’ve successfully mass-produced our Eduponics Mini ESP32 boards while the Extension boards are at the PCBA factory ready to be produced at scale. This should take about a week to accomplish.

Initially, the factory made a mistake, they mis-located a button and soldered the BOOT button instead of the wakeup button. The BOOT is used for testing only so we don’t solder it in the release version as it’s not required in order to solder firmware to the board. The wake-up button, however, is very much required so we’ve asked our factory to re-do the 200 boards we’ve produced and they successfully accomplished this without any further problems.

Testing 200 boards, not an easy task.

As mentioned previously, we test each and every board on-site and then burn the MicroPython firmware along with the Micropython-eduponics Library for ease of use. If we find an issue with a board, we set it aside for later investigation. For this batch of 200, we can confirm the RTC issue we found previously has been fixed on these new boards (due to a supplier change).

If you are wondering about our QA script, it is freely available on our GitHub repository.

Eduponics Kits - pumps are on the way

For the Eduponics kits, the only component left to receive is the water pump. The supplier has assured us we will receive them by April 14th. They have a considerable lead time due to the customization we’ve asked to make (XH2.54 2P interface), We don’t expect any delays in the process and they should arrive before the end of the campaign so we can start wrap things up.

As promised, the latest Eduponics app is available for Android now. In version 1.6, we fixed the MQTT server and enabled MQTTS (MQTT over SSL support) so now it’s possible to change the broker to any broker you wish. The mobile APP may still contain bugs but don’t worry about it, we’ll make sure everything is fixed in a timely matter we get comments and feedback from our great backers!

P.S. We are still working on releasing the iOS version, this might take a while but we are on it. 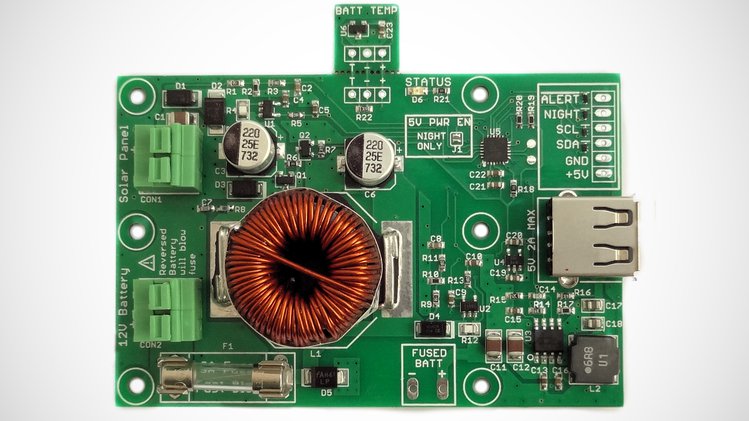 Multi-sensor data acquisition, processing, and Wi-Fi/Bluetooth communication in a single, open source board. Sense anything.